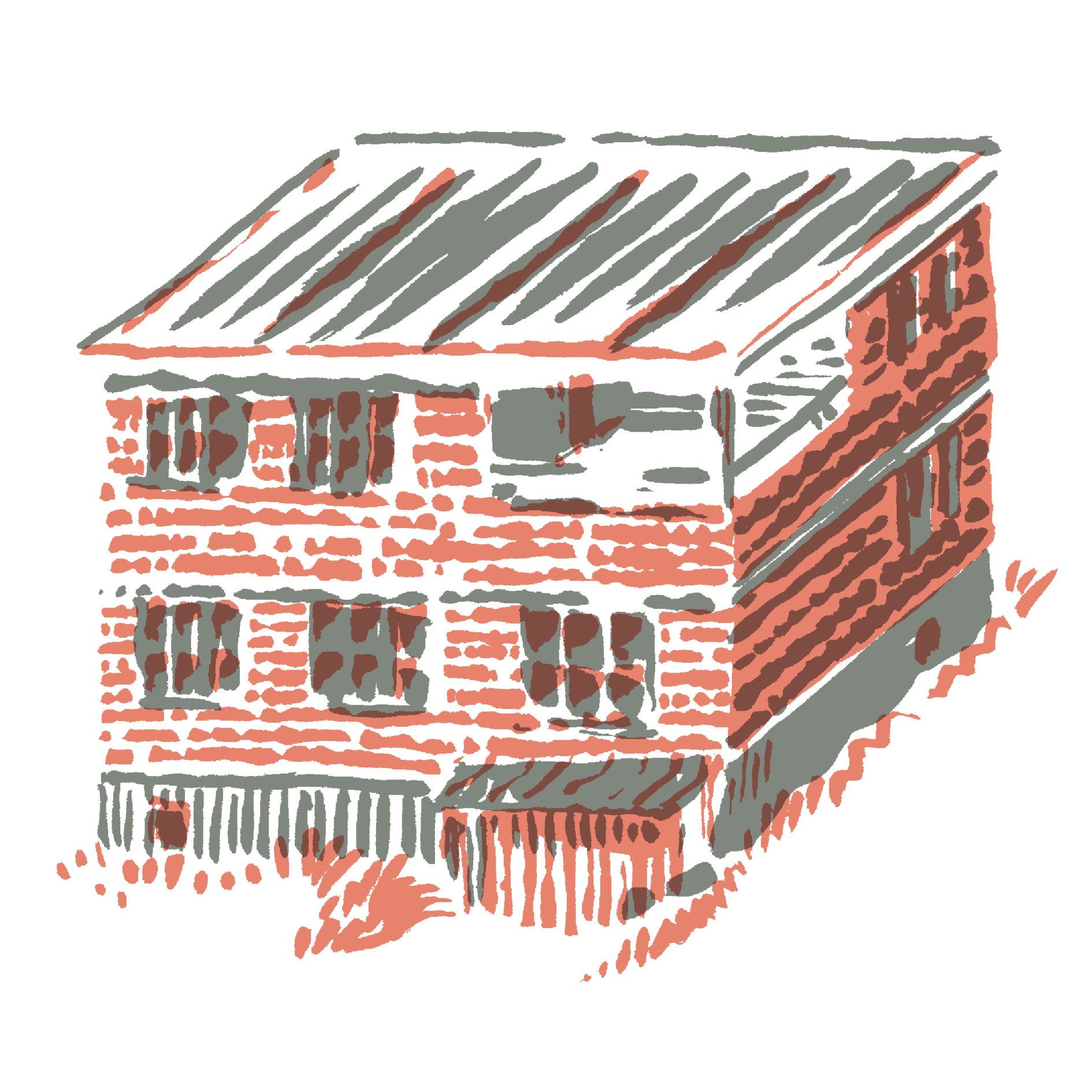 For the architect František Lýdia Gahura, the construction of the hospital complex was his first large-scale task working for the Baťa company. In the original master plan of the Baťa Hospital from 1926, he designed two houses for doctors on the edge of the complex, by the Dřevnice river. One of them was intended for Dr. Bohuslav Albert, who collaborated with the architect and participated to a large extent in the design of the entire Zlín hospital complex. Bohuslav Albert (1890 – 1952) was an important Zlín physician and organiser of medical care in the period between the wars. Before coming to Zlín, he worked as a surgeon and director of the hospital in Mukachevo. He came from a famous medical family, and he dealt with the modern concept of medical institutions and healthcare organisations. Tomáš Baťa chose him as an expert for the construction of a corporate hospital. In creative collaboration with Gahura, they developed a project of a progressive hospital complex with horizontal organisation of operations. They also collaborated on other concepts and projects, especially the designs of the Baťa House of Health, the complex of the Corporate Institute of National Health and the reconstruction and expansion of the Baťa Hospital. Bohuslav Albert became the director of the Zlín Hospital, regularly lecturing, publishing, and developing the Zlín healthcare system in cooperation with a number of experts.
The villa for Dr. Albert was originally a two-storey house, with a basement, flat roof, and a floor plan of 10 x 10 metres. The facade was made of face bricks with large three-part windows on the south side. In the basement was a cellar, with a staircase and a laundry room. The ground floor had an entrance hall with a double staircase to the first floor, anteroom, kitchen with pantry, toilet, and a dining room with exit to a covered residential corner terrace, a living room, and a maid's room. The upper floor contained a hall, dressing room, guest room and two bedrooms with sinks, a bathroom, toilet, and a covered corner terrace. The building permit was issued on April 2, 1928 and the construction was completed on October 18, 1928. In 1931, the first extension of the villa on the northeast side (6 x 4 metres) took place. The floor plan of the house was complemented by terraces, one above the other. The terrace on the ground floor served as a summer dining room and was accessed from the dining room. The upstairs terrace was accessible from the bedroom. This terrace and the roof above it were supported by a corner pillar. Just before the war, the villa was rebuilt with the participation of F. L. Gahura. The covered terrace was walled up on the ground floor, creating a music room, accessible by stairs and also from the garden. Another three-part window was added to the south façade. The basement was completed by a garage whose structure protruded from the house. Albert's Villa is an example of the corporate way of Baťa's construction and subscribes to the formal language of the moderate interwar modern architecture of the Zlín housing colonies. Nevertheless, Gahura was able to enrich the building in the spirit of his artistic orientation with a number of elements outside the standard Zlín buildings, and to realise a house that exceeded strict company norms and respected the intimacy of individual living.
Bohuslav Albert never returned to his Zlín house after the Second World War. The building was divided into two separate floors and served as a two-apartment house for employees of the District Institute of National Health. For these purposes, it underwent a number of modifications. In the basement, another garage with a ventilation window on the east facade was created, and a window into the cellar was added on the south facade. The bathroom was built into the ground floor, the entrance from the garden was walled up and the staircase leading to it was demolished. The stairs to the first floor were separated by a door. Upstairs, a kitchen was added instead of a guest room, the door between the bedrooms was walled up, and a large living room was created by demolishing the partition.
In 1997, the surrounding garden was replaced by a car park, and the following year the neighbouring original entrance building to the hospital was demolished. The original structure of the hospital complex was thus fundamentally violated. Today, the villa is managed by the Baťa hospital and a relative of Dr. Albert lives there. The fate of the villa depends on the future of the entire hospital complex. 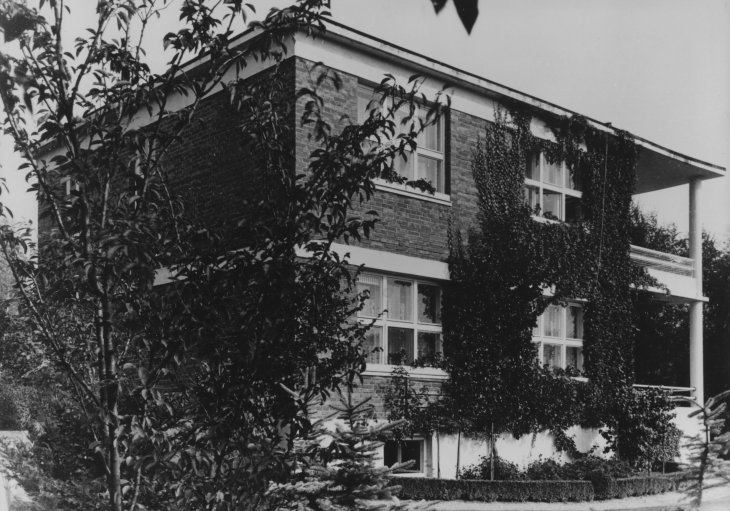 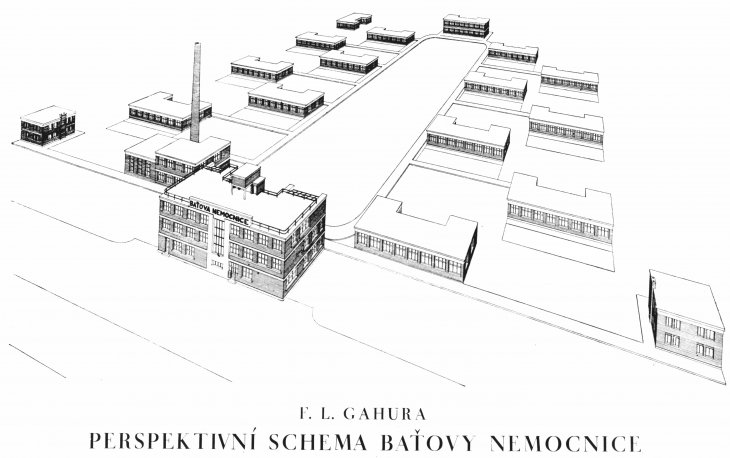 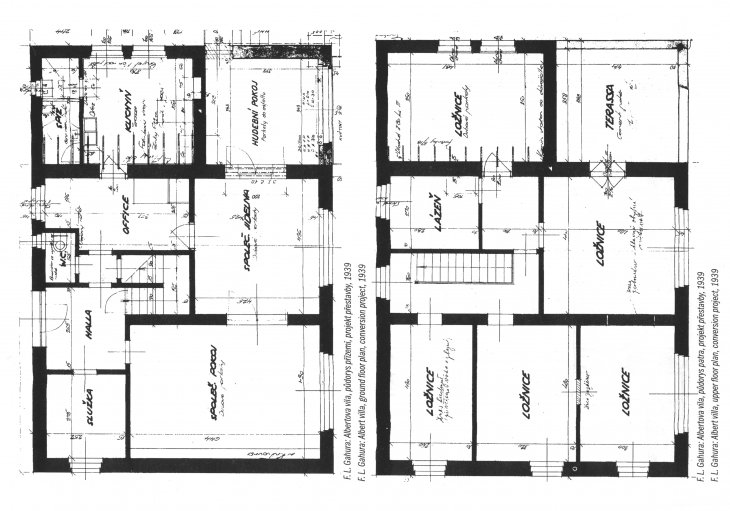 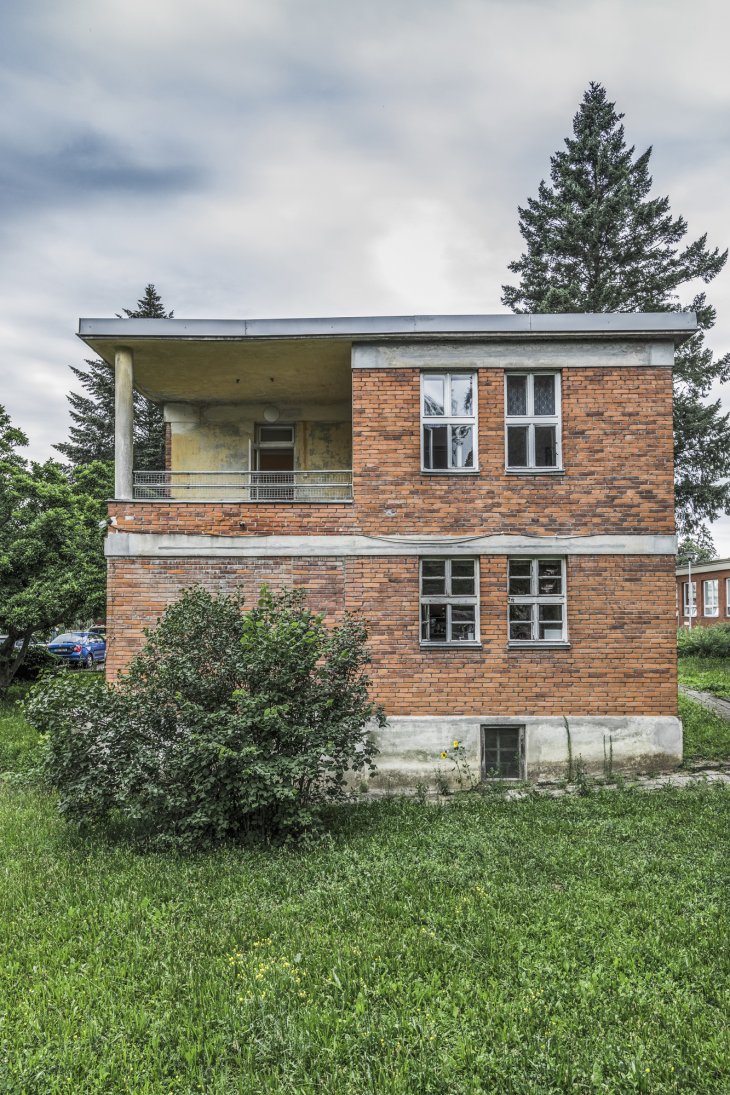 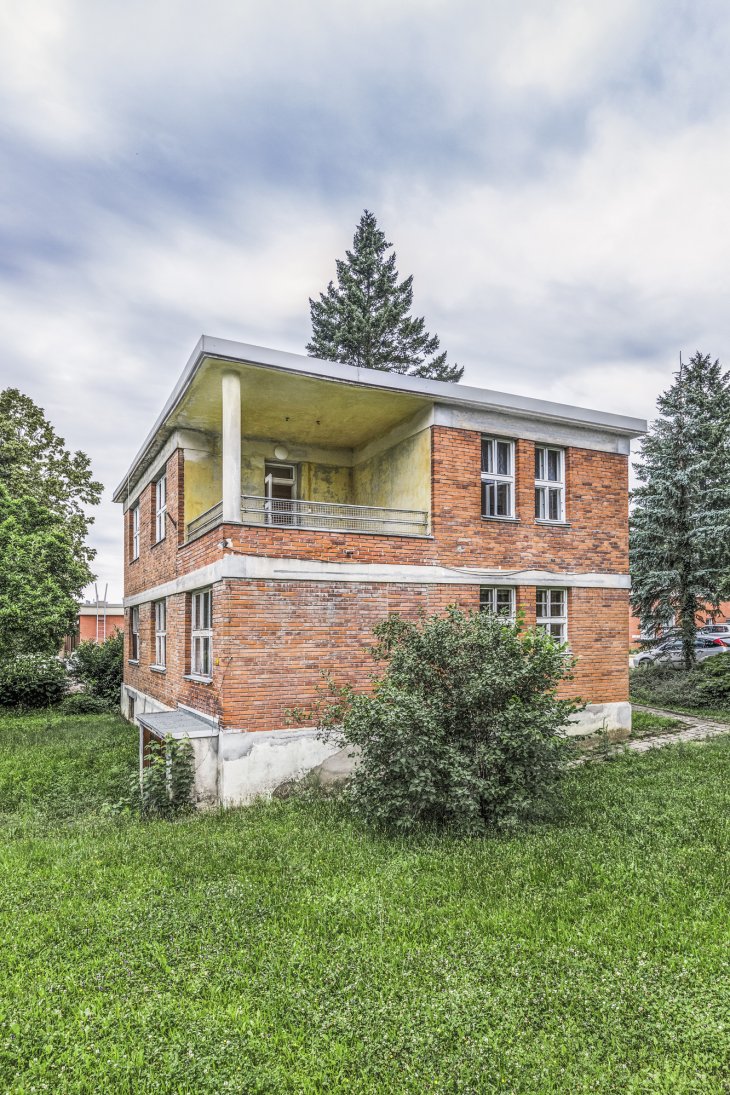 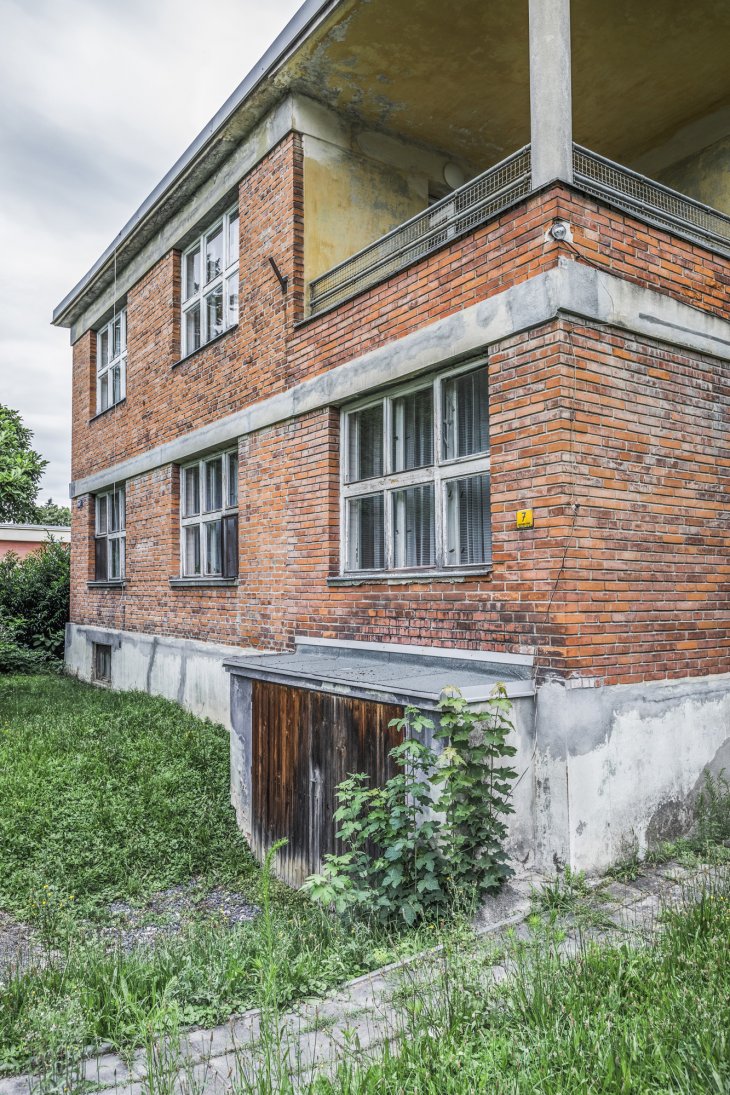 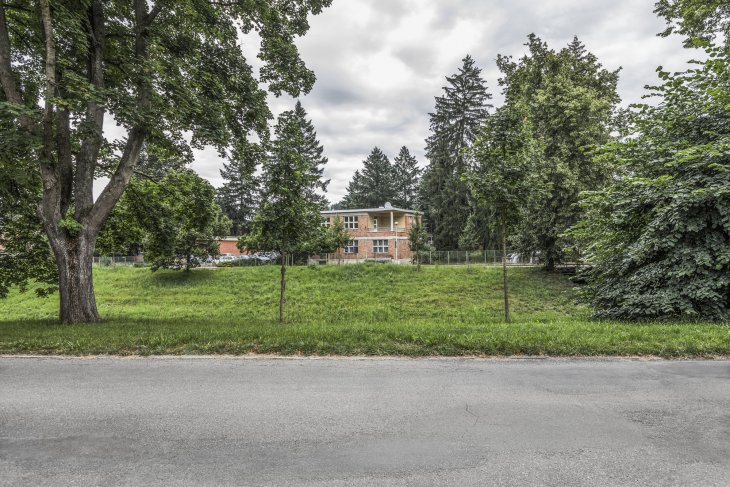 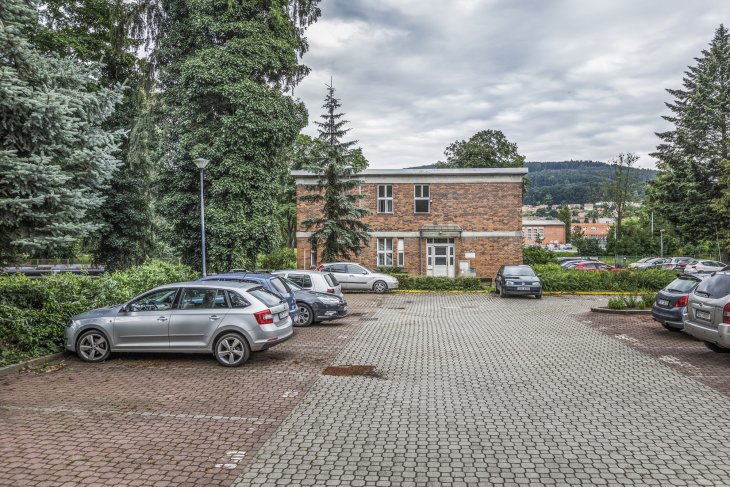 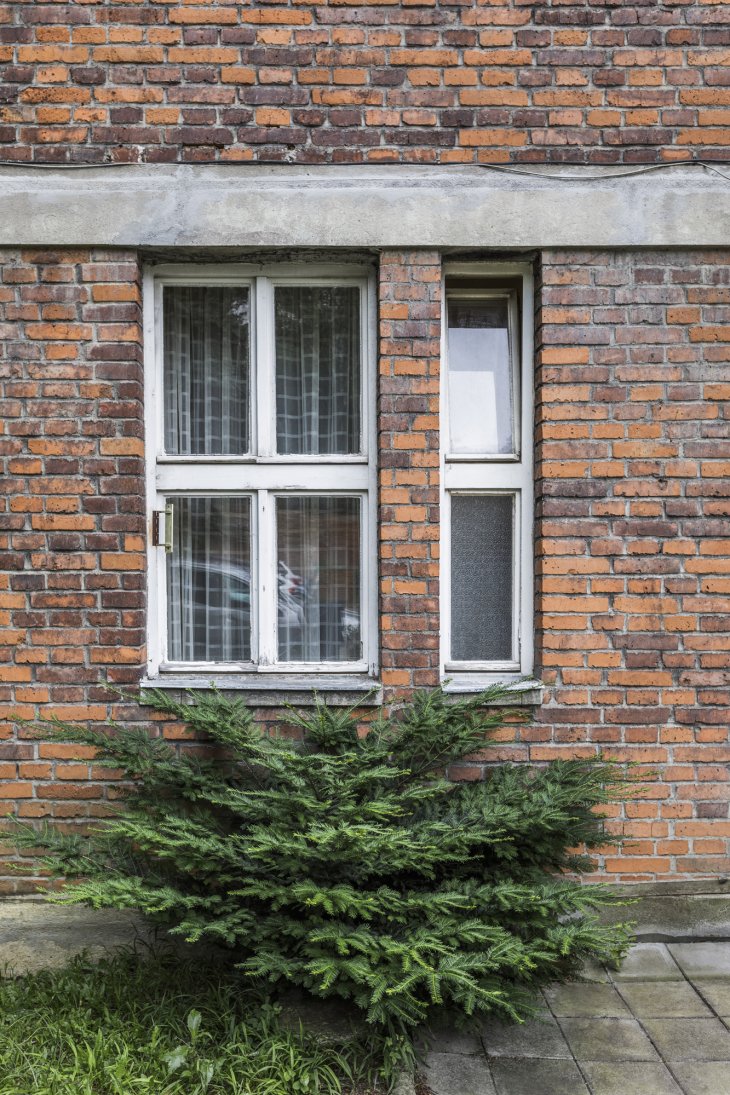 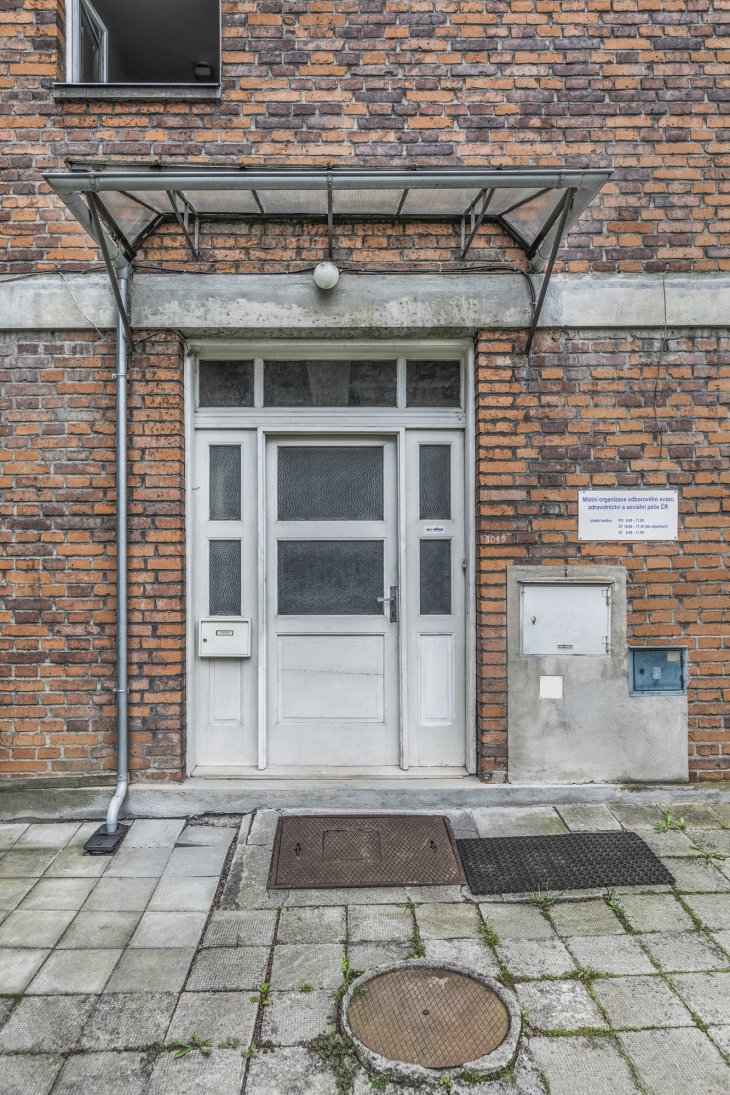 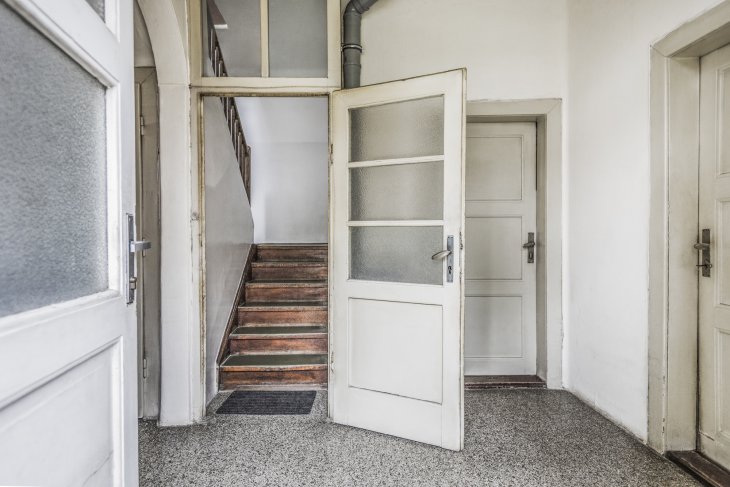 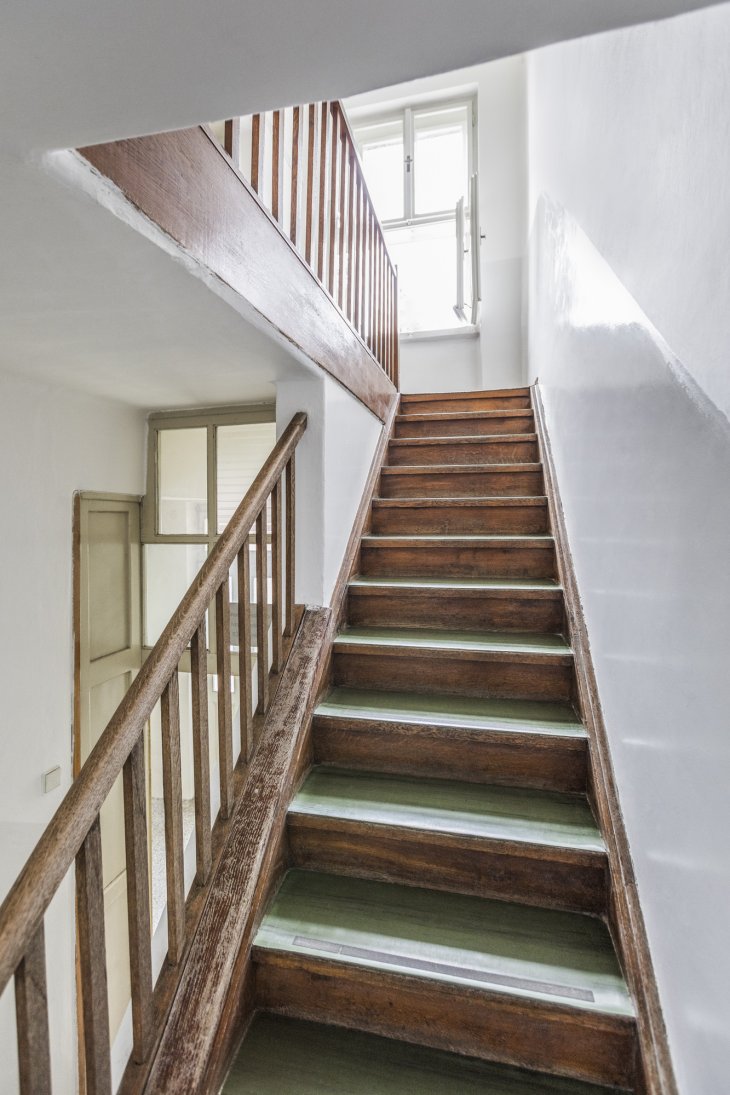 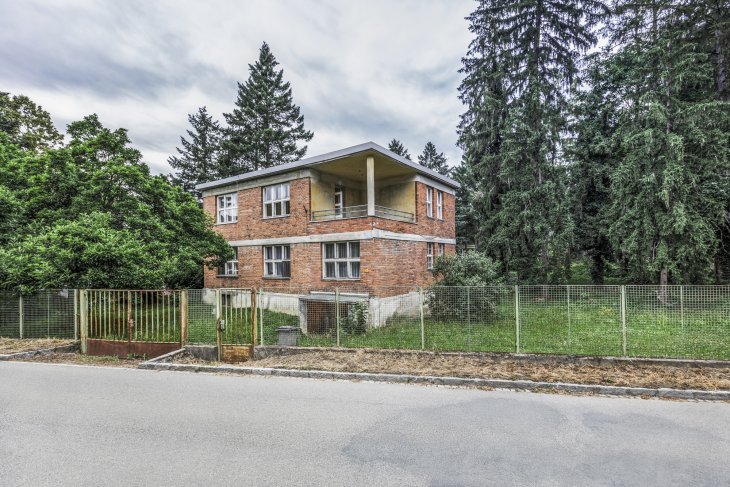