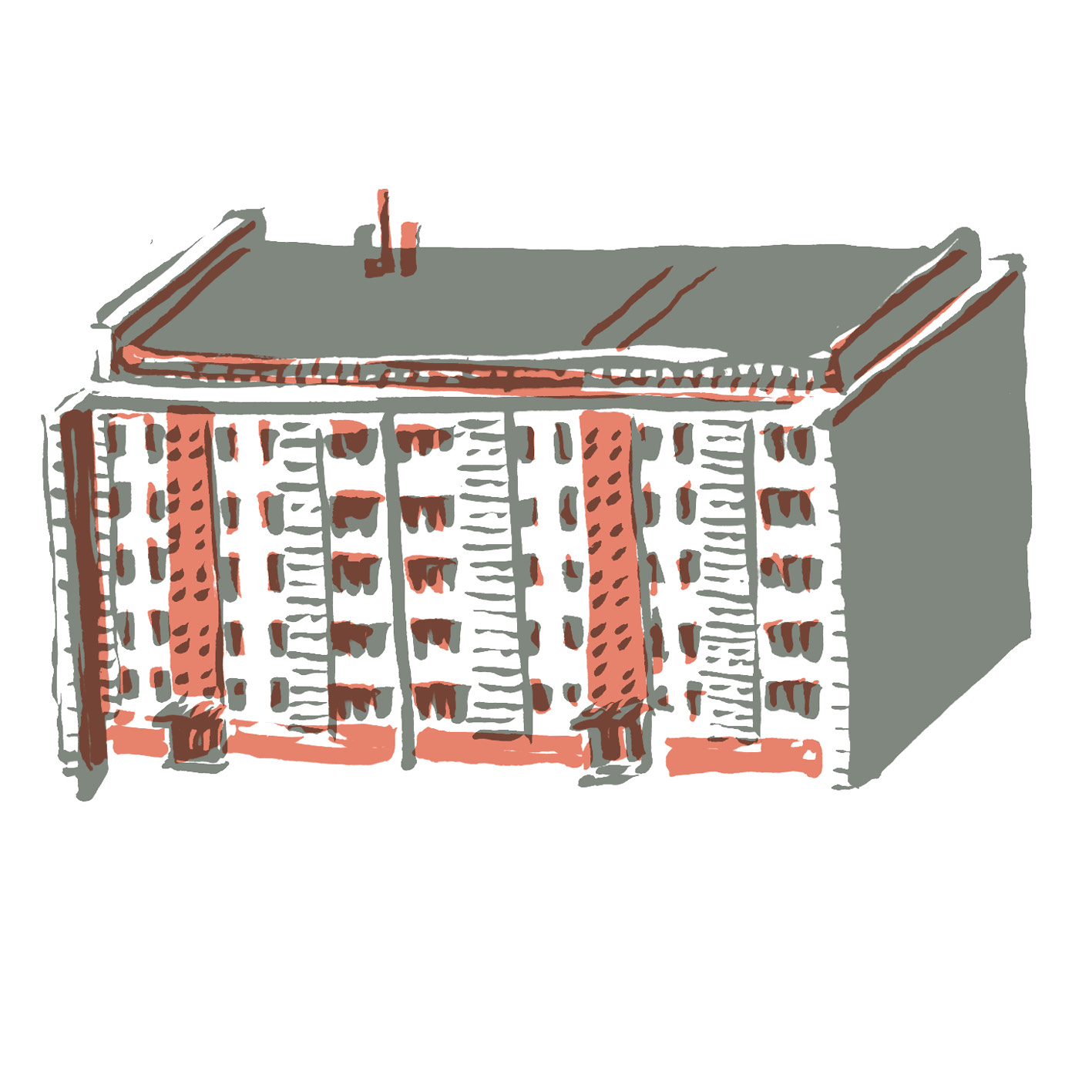 Bohumír Kula was convinced that the last type of G57 "is not and cannot be the final technical phase" of the development of the G system. He probably took the next step together with the experienced Prague architect Karel Janů in the development of a new type - G58. Karel Janů, together with Jiří Voženílek, was a member of the PAS group before the Second World War, and after the war he held the position of director of the Czechoslovak Construction Works. From 1953 he focused fully on the development of new constructions of residential houses. In Otrokovice he realised a prototype of a prefabricated house, which he further developed as a type T16-S. Karel Janů could have influenced both significant innovations. The first is the combination of a panel system and steel columns. The insertion of load-bearing columns brings a solution to the typical problem of panel systems which is the dependence of flats layouts on the span of the loadbearing system. The span of all previous G types was only 3.6 m - therefore no living room can be wider in the direction perpendicular to the load-bearing panels, and the layout is fixed, it cannot be changed much without interfering with the construction system. The steel column replacing the panel thus seemed to be an ideal solution, offering not only more spacious rooms, but also the possibility of rearranging the layout in the future. It was the variability of the layout that was the topic discussed among architects before 1960. Karel Janů used a system with steel columns in a similar way only two years later in Pilsen, with the PL60 prototype. Another innovation was the attempt to integrate prefabricated components other than heavy panel parts into the house. Light prefabrication - ie the production of partitions or installation cores, shafts, built-in details made of wood fibre, or other boards would make the construction lighter and, in addition, help to rebuild the interiors more flexibly - for example, to move the partitions. The position of the core was fixed, but it offered a double option for the location of the bathroom and kitchen. In the case of locating the kitchen to the partition of the living room, it was then possible to remove the partition and connect the kitchen with the living room. Such a solution is certainly in demand today, and the G58 type offered it in the 1950s without even interfering with the load-bearing structure.

Three sections were designed - final, middle with a connection to the third – the corner one. We can imagine the section as a separate part of the house, which is accessible from one staircase. By arranging them side by side, we get not only a longitudinal object, but also an L-shaped object when using the corner section. The middle section differs from the end and corner ones only by omitting one room at the point of perpendicular connection - unlike two three-room apartments on each floor, we find one two-room apartment and one three-room apartment.

Before the construction of the prototype began, the Zlín researchers implemented an experimental single-storey cell of the corner section. Then, in 1958, they proceeded to build a prototype at the intersection of Ševcovská and Díly II. streets, where they used all three sections. Each of the sections of the corner house always included two flats on the floor, ie ten flats in the five-storey section. In the whole house we find 25 three-room and 5 two-room apartments.

The appearance of the house departs both from the socialist realism of the G40 and G55 types and from the austerity of the G57 type, where, for example, in Bartoš's district the houses were "decorated" only by a grid of windows and loggias. The visual "trick" of the G58 house consisted in alternating vertical strips of solid concrete elements, strips with the round windows of the staircase section, and very light strips of windows with painted parapet panels. Horizontally painted strips of panels under the windows, cut by verticals, freed the house of monotony that is often blamed on "panelák".

The prototype was soon followed by two buildings of the G58 type in Otrokovice comprising 60 housing units. Despite its revolutionary character (or maybe because of it), this progressive type, like its even more progressive younger sibling, the G59 type, has not spread much. Other G58 buildings other than those in Zlín and Otrokovice have not yet been discovered by architecture historians.

According to period photographs, we can guess upon the originally ochre colouring of the panels under the windows and the light colour of the vertical strips. The houses in Otrokovice retain a similar colour scheme today, but the Zlín G58 house is all in a light colour now, except for the panels with round windows, which are treated in a light beige colour. The windows were replaced and the surfaces of the vertical strips have changed as well, but their new structure corresponds to the original intention to treat these parts differently from the window strips. Although the house has lost its original expression, it cannot be said - in contrast to the modification of the later G59 prototype - that the change has deprived it of a certain charm, thanks to the novelty of the façade design. 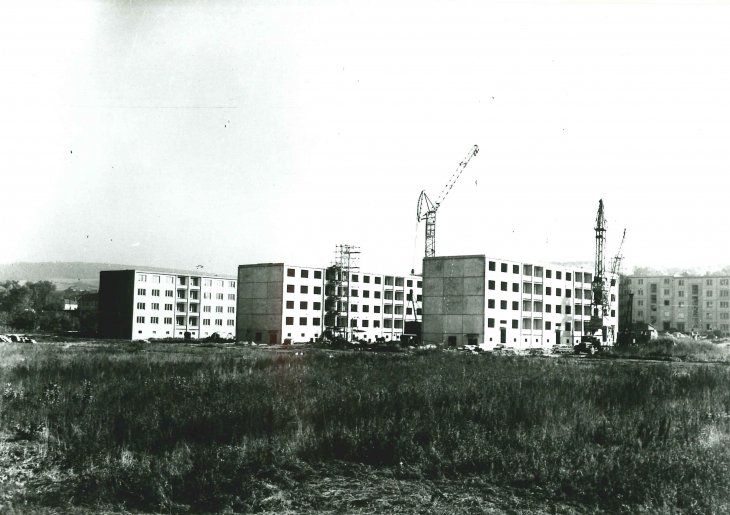 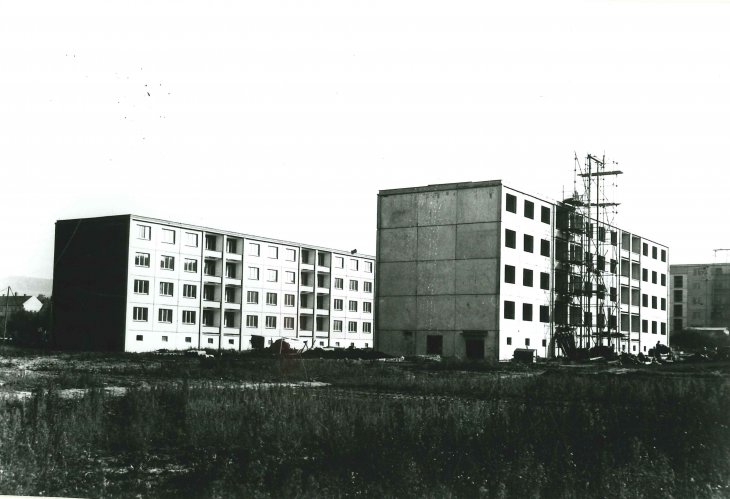 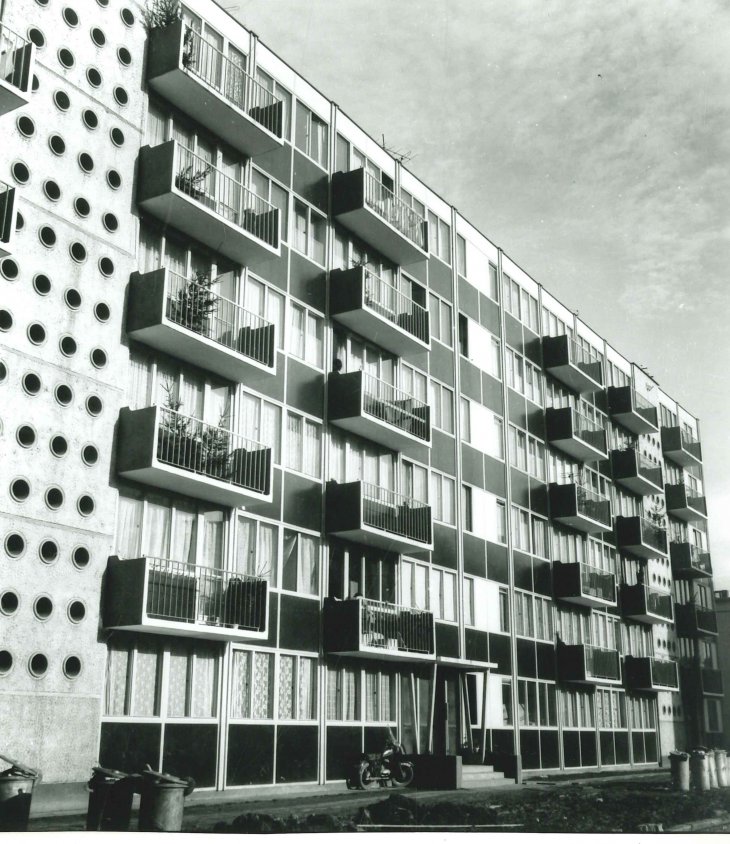 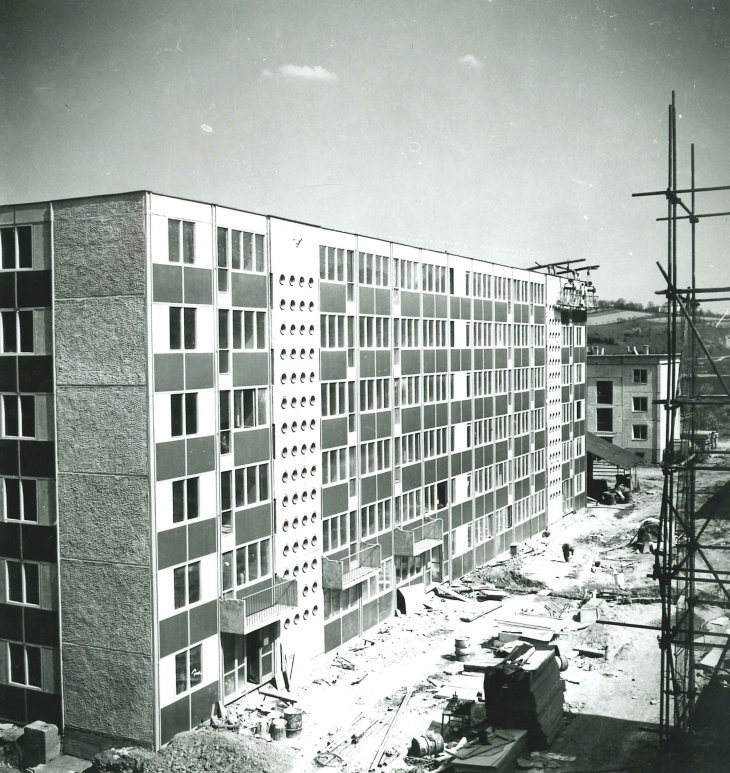 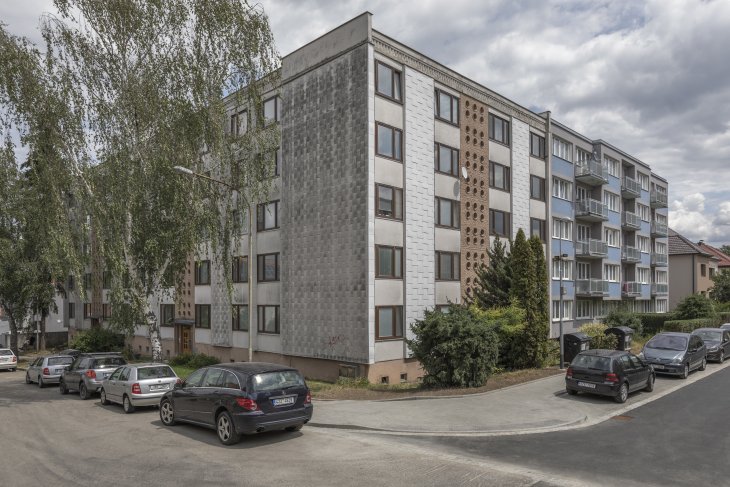 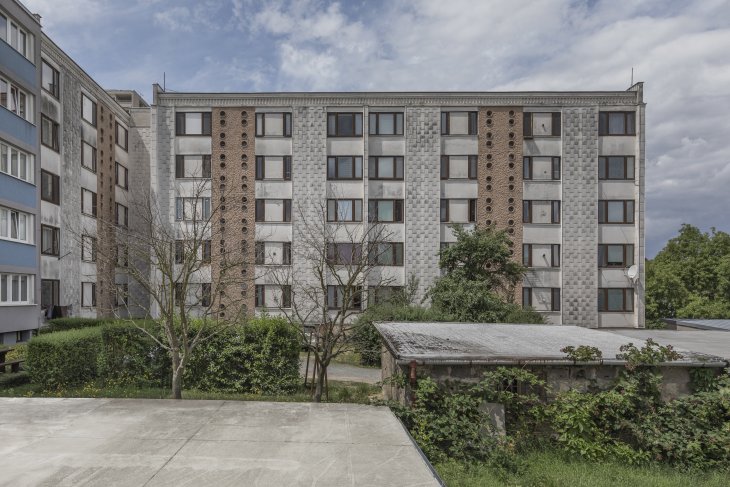 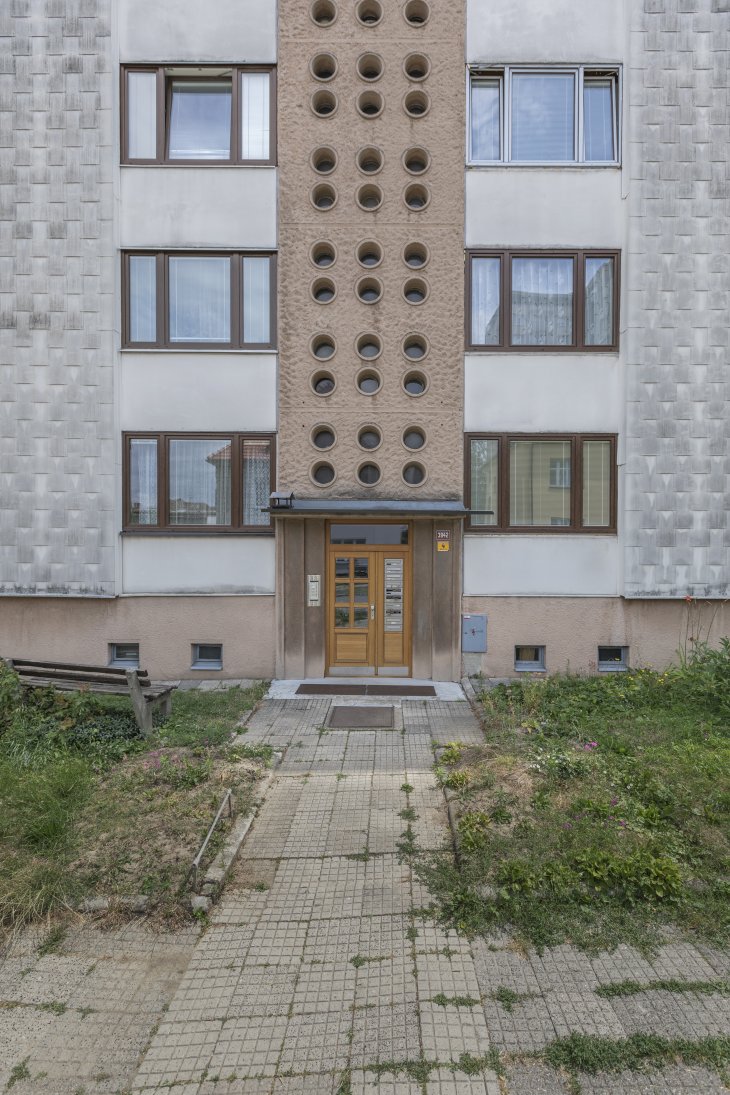 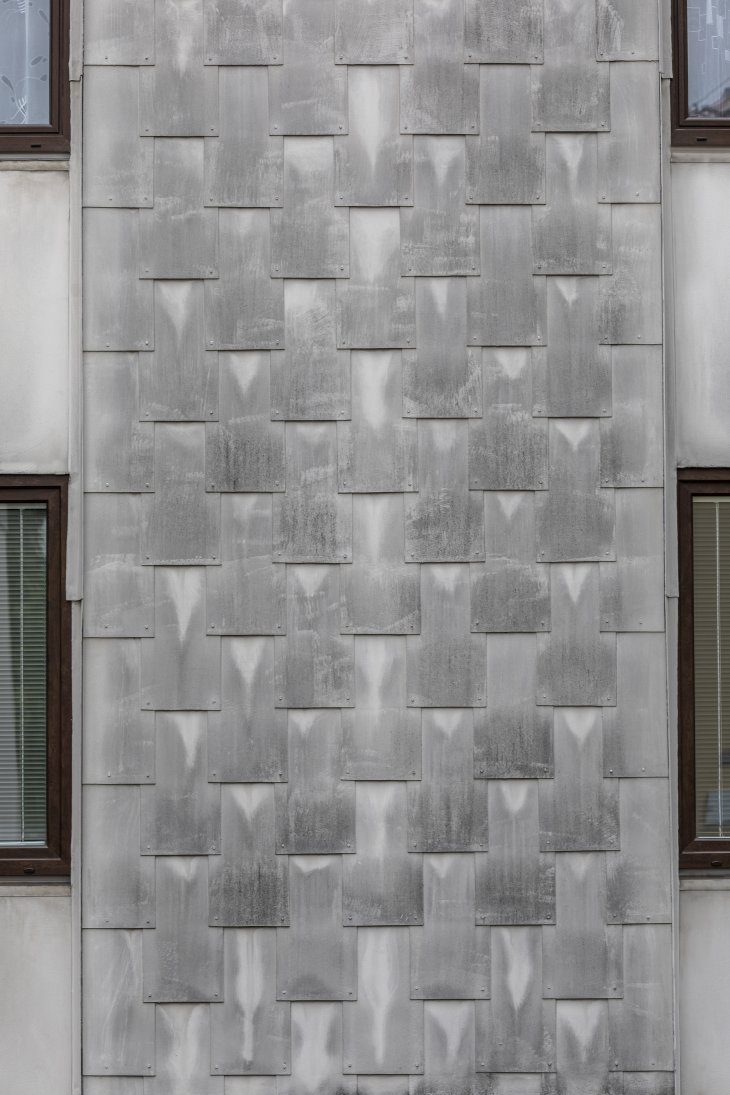 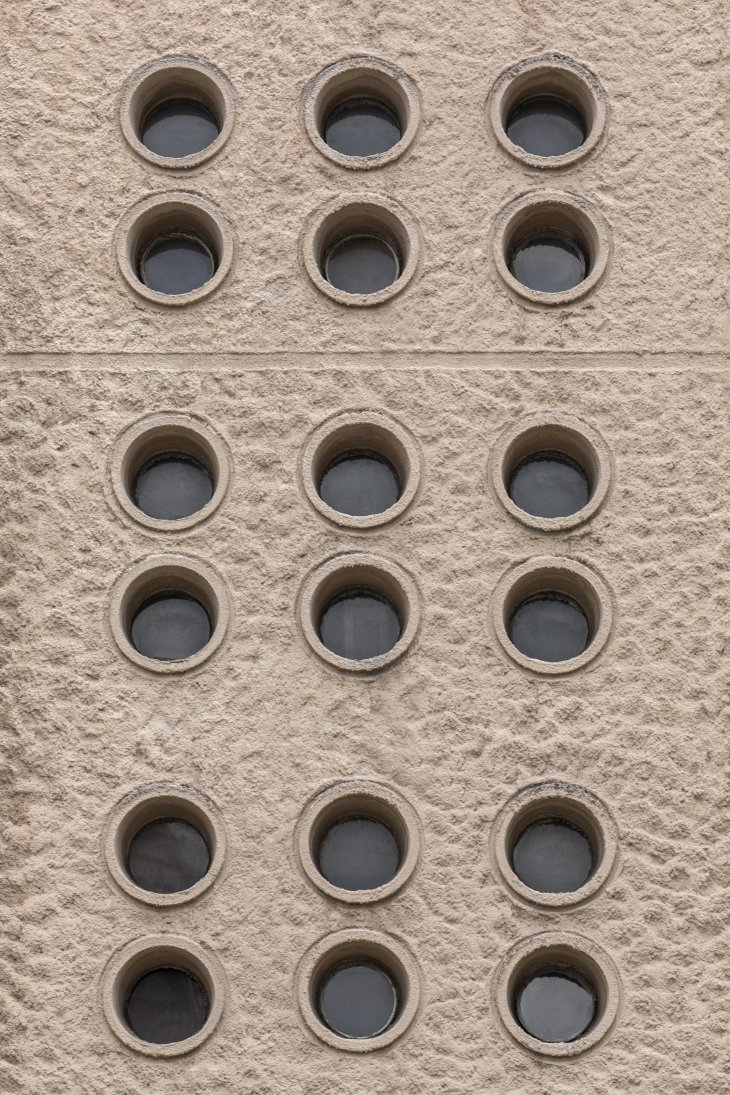