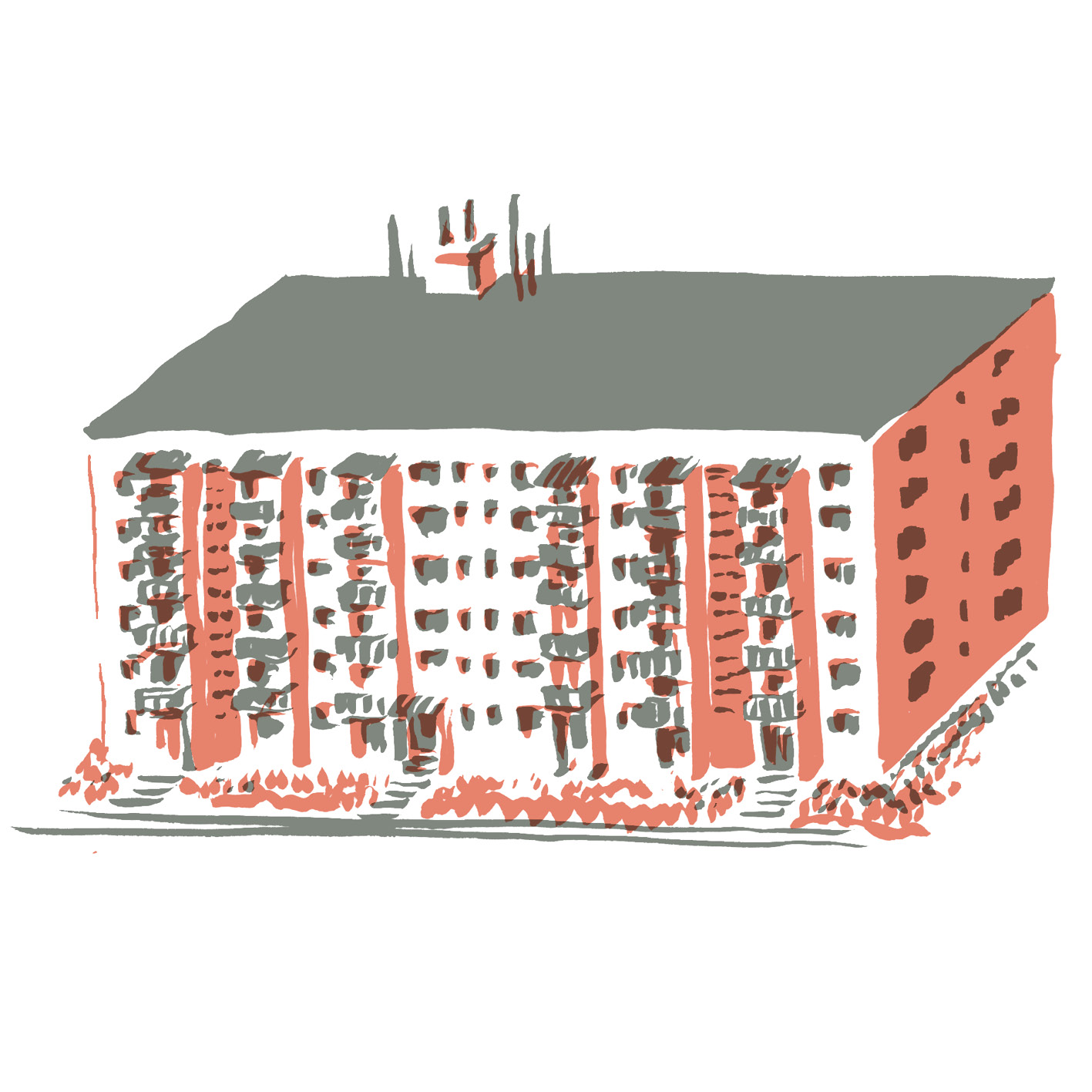 In retrospect, it can be said that with the G58 model the employees of the Stavosvit, as the company was then called, had managed to address many of the problematic qualities of panel construction, which have remained a source of criticism to the present day. The G58 model avoided visual monotony, allowed for variety and flexibility of inner layout, offered larger rooms and a small utility room or pantry. These principles were immediately applied to the new model - G59.

The G59 prototype was built among the G57 houses in the Bartošova čtvrť in April 1960. Like the G58, it combined structural panels with steel columns, here also outside the centre of the layout, on the façades. The house does not have a basement, but has three staircases. On six floors there are in total 39 apartments, of which 17 are two-room apartments, 12 three-room and 10 four-room. The G40 prototype, where residents moved only six years earlier, provided a completely different standard - most apartments were two-room, and only 8 apartments out of a total of forty were three-room apartments. The layout of the apartments benefited from the G58 innovations - the possibility of placing the kitchen and bathroom in two different ways, the spacious storage room, and flexible partitions.

The innovations show most significantly in the appearance of the house. The façade of the staircase with round windows in concrete panels appeared in the G58 type (and much earlier before on the French houses of the Camus company), as well as the parts under the windows from light insulating panels painted on the surface. Unlike with the previous type, however, the facade is plastic thanks to the distinctive U-frame balconies with light railings. Another comparison with the G40 prototype, just six years older, makes you wonder - how is it possible that so many technological innovations have been achieved in just six years, a change in style from heavy classical forms of socialist realism to a futuristic G59 look?

How come the given types were not accepted and further developed and that the merger of Stavosvit with the Industrial Buildings of Brno at the beginning of 1959 essentially ended the further development of residential houses in Zlín? The comparison with the majority of residential construction today is sad. We may ask whether today's residential homes offer anything more than that which the prototypes of the late 1950s offered.

Although the construction of prototypes brought with it many technical complications and defects - such as double glazing and the subsequent flow of condensed water into light panels, it is regrettable that the Zlín types were replaced in the early 60's by large-span types TO6B with relatively dull facades. The G59 type was also tested in a second prototype with two sections in Prague, but no other buildings were built. The progressive combination of panels and steel columns apparently brought complications to the socialist construction industry: “The development of the G system from G57, which can be considered the basic and final state of the original system, through G58 and G59 disrupted and technologically complicated the original clear system in an effort to release the floor plan using steel tubular columns. This excludes these variants from mass use," commented the architect Karel Storch in 1960.

Even the prototype in Bartoš's district no longer speaks the original futuristic visual language - light panels have been removed, balconies have been changed, the facade is insulated and decorated in warm colours. Elegance has been replaced with a cumbersome uniform surface. The term "revitalisation" i.e. bringing back to life - is used quite inappropriately for these adjustments. Unfortunately, the G59 prototype is dead in its current form, or - at best - choking under a layer of polystyrene. 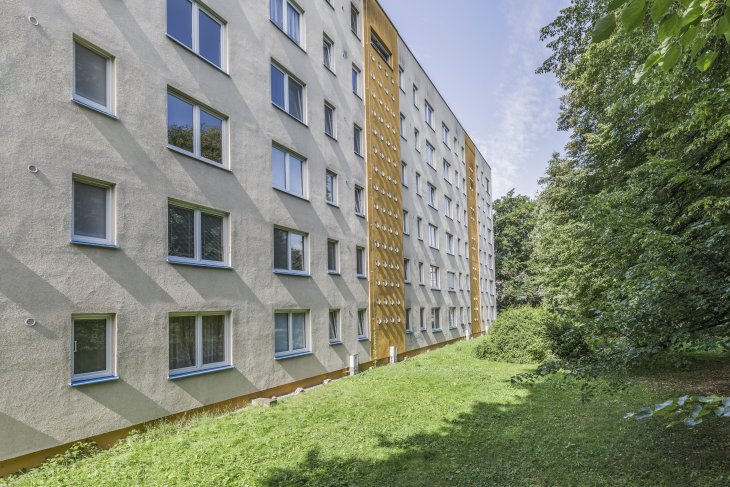 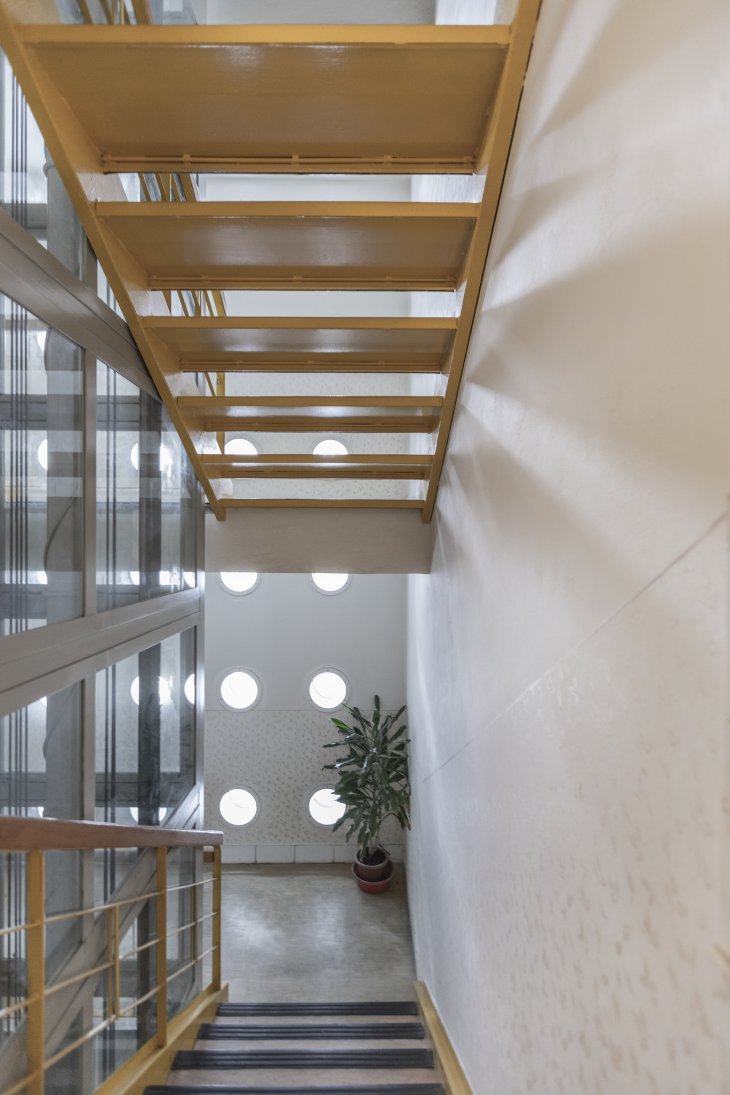 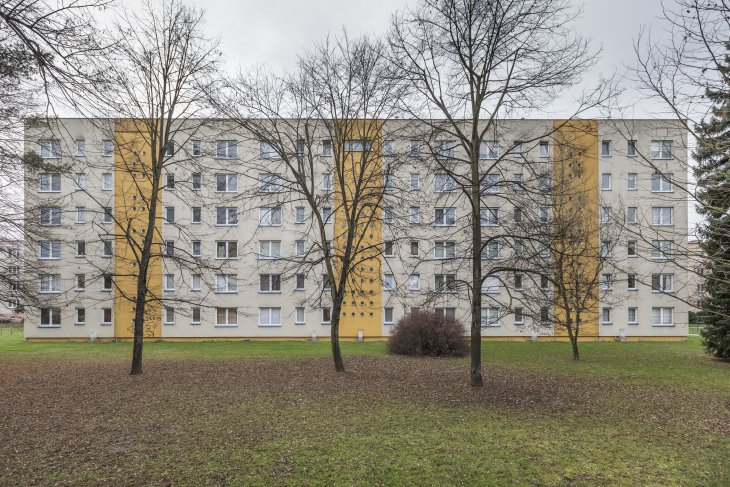 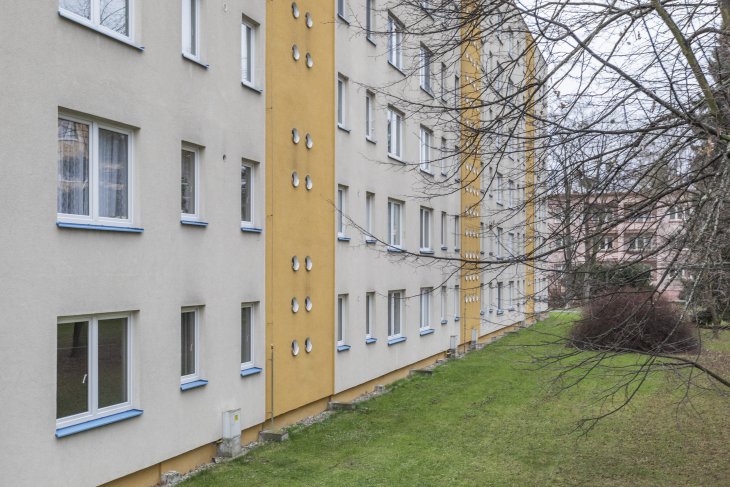 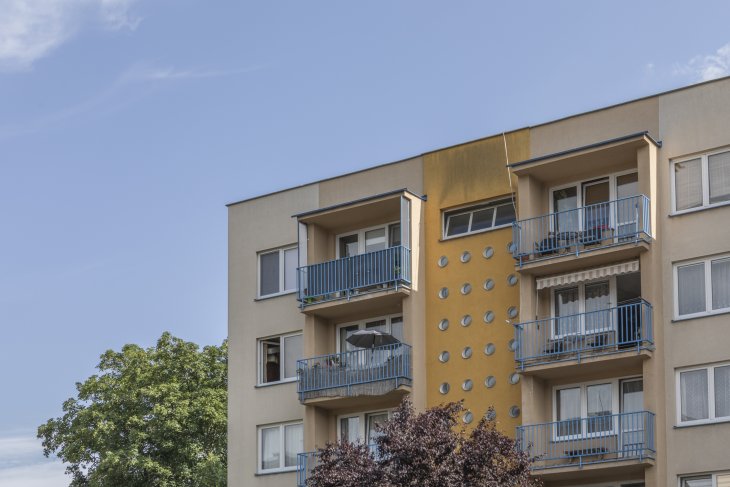 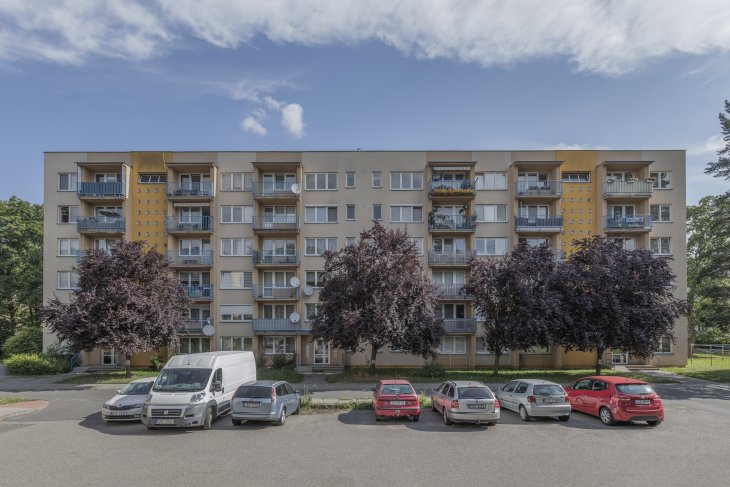