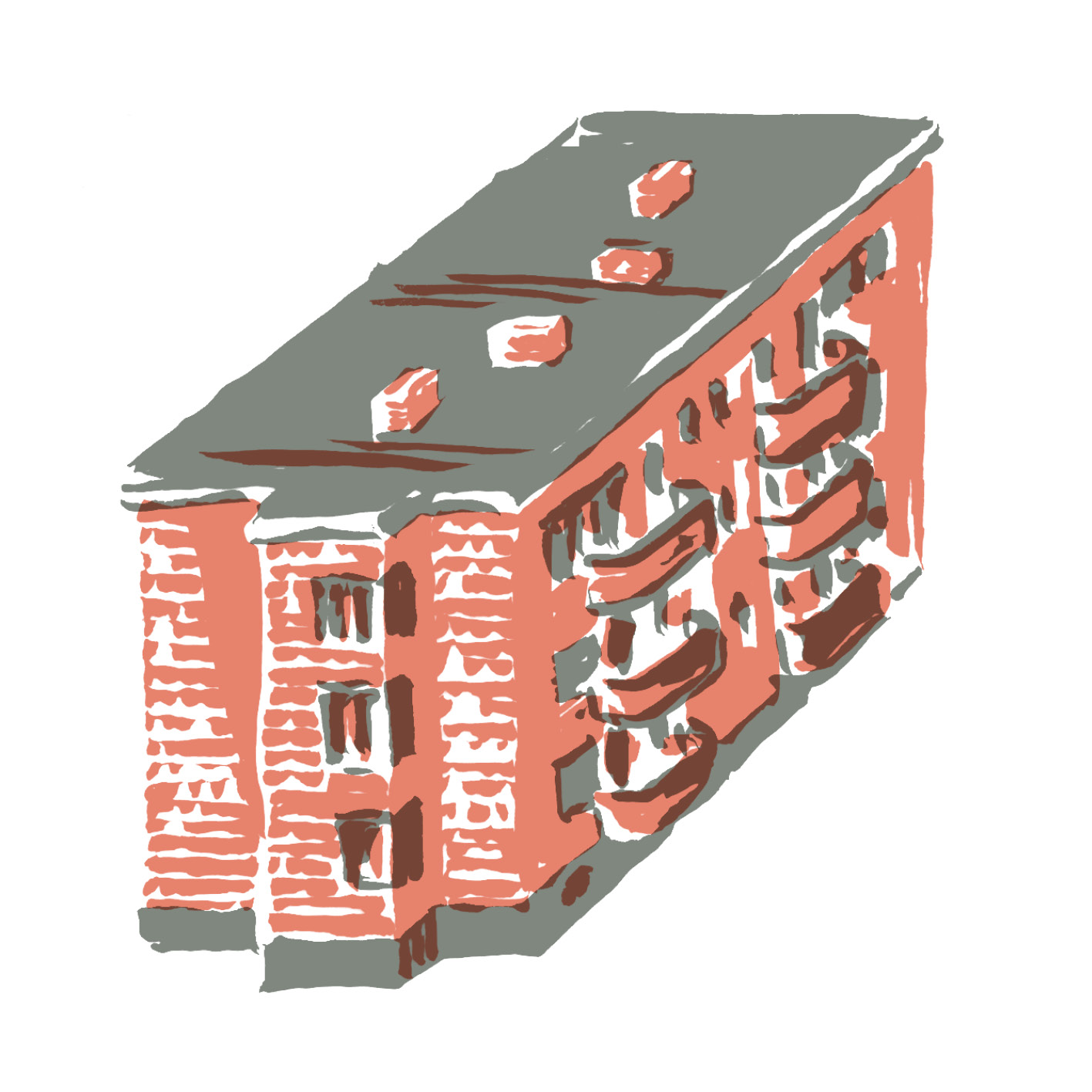 The ceremonial opening of the new three-storey residential buildings in Zlín in May 1947 was a media-watched event, which was reported by the periodical press, radio, and television. The event was attended by local politicians, representatives of the Baťa nationalized company and also representatives of ministries, including the future president Antonín Zápotocký. The first completed apartment buildings built as part of the post-war two-year plan (aimed at renewal of the war-decimated housing stock in the country) were to be a model for the whole of Czechoslovakia. In a new city master-plan, drawn up by a group of architects led by Jiří Voženílek in 1945–1948, high-rise buildings replaced the former family houses in the area east of the centre. The new method of development inside the Baťa company was discussed during the war, when Hugo Vavrečka, together with other experts, prepared a (unpublished) study Poznámky k výstavbě průmyslového sídliště (Notes on the Construction of an Industrial Housing Estate) in 1942.

In 1947, Zlín was an exemplary city that had been raising housing standards for a long time and, in addition, supporting technological development in the construction industry. These successes drew on material and human resources mediated by the Baťa company. It was in its Construction Department during the 1920s and 1930s that most of the architects and engineers who took part in post-war construction worked. The author of the architectural design of apartment buildings was Vladimír Karfík, who moved to Bratislava after the war, from where he regularly visited Zlín. The master-plan of the area was designed by Vladimír Kubečka, one of the co-authors of the general master-plan of Zlín, who also previously worked in the Construction Department of the Baťa company.

In three stages (the first between 1946 and 1949, the second in 1960, the third in 1970) a total of 27 rows of houses were built in the district of Obeciny and Díly VI. It was the first set of multi-storey buildings that were to complement the previously preferred workers' family houses in Zlín. This decision was motivated by the scarcity of land to build on, difficult terrain and the lack of affordable housing. The set of three-storey buildings excels in its urban design. Generous open spaces between the houses create functional public gardens with fruit trees. Adequate space between individual houses provides a private atmosphere, which was to facilitate the transition from living in family houses with gardens to living in tenement houses.

The houses consist of four to seven sections, each with six apartments. Each section recedes down the slope and at the same time is shifted in an east-west direction. Instead of a long continuous apartment building, this shift creates the impression of a number of adjoining houses. The individual sections are equipped with their own entrance sign for better orientation, with a stone relief designed by the students of the Academy of Applied Arts in Prague.

The apartments have three rooms, and 68 m2 of usable area in total. On the east side there are two bedrooms, while on the west there is a living room with kitchen and bathroom. An exception is the apartment on the southern edge of the house. This flat offered the comfort of four rooms and was intended to serve larger families or people working from home. Each of the apartments was furnished with built-in furniture which exceeded the contemporary standard, a fully equipped kitchen, central heating, and central waste incineration. A pram could fit on the spacious balcony. The apartments on the north side are extended by a bay window, thanks to which the afternoon sun enters the interior. In the basement there were also cellars, a common drying room, and a room for storing prams.

Already the Baťa architects had an overview of current developments in architecture, as they were sent on study trips, had current magazines and publications at their disposal, and were able to use their knowledge for corporate construction as needed. This knowledge was also used in the design of three-storey residential buildings, where the inspiration from Scandinavian architecture is evident, which after the war served as an important model of residential construction. At the same time, there is a visible connection to the Zlín interwar experience with brick houses. The minimalist decor on the facade comes just from laying bricks in different ways, as can be seen on the roof ledge, above the entrance or on the window lintels. An important expressive element is also the balcony railing, which was made in three types: corrugated galvanised sheet metal, trapeze metal plates painted yellow or green, and painted vertical steel pipes in combination with wire glass filling.

Thanks to its architectural qualities, Zlín's Obeciny flats are still popular housing today. The appearance of the individual buildings changed in detail: wooden windows with a ventilation grille were often replaced by plastic ones, canopies were added above the entrance and the fillings of some balconies were replaced. In some parts, the greenery was replaced by parking spaces. However, the houses are not covered with additional insulation and at the same time the master-planning of the district and its original architectural concept have been well preserved. Rostislav Švácha and the team of authors of the publication Paneláci 1, classified this unit as the first, so-called “antique” phase within the periodisation of panel housing estates. This includes designs based on interwar functionalism, traditionally brick houses that already creatively use elements of typification and prefabrication, which for the next decade dominated domestic housing. 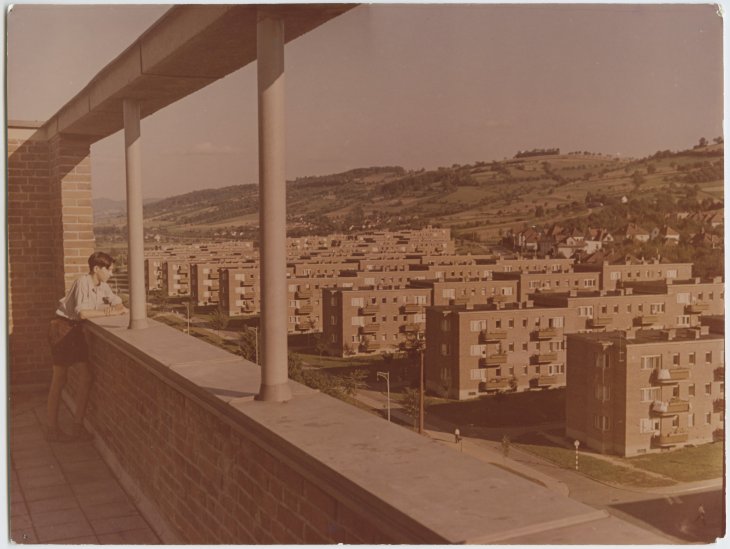 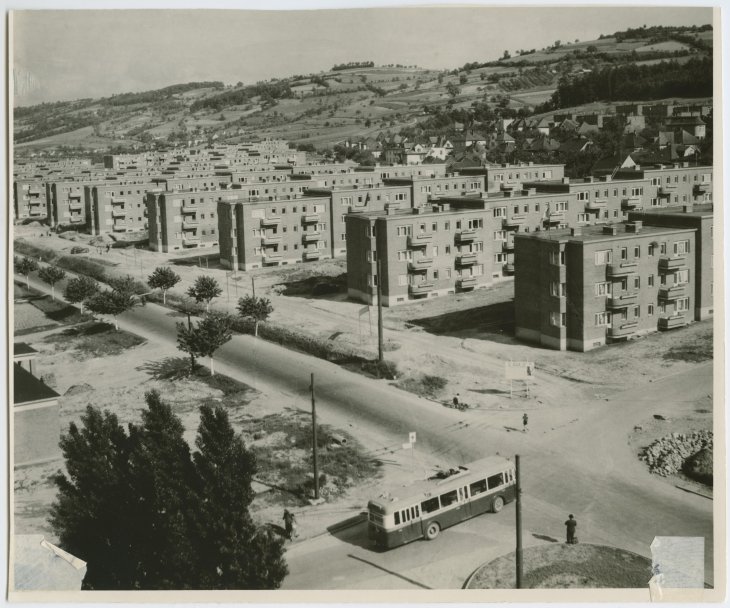 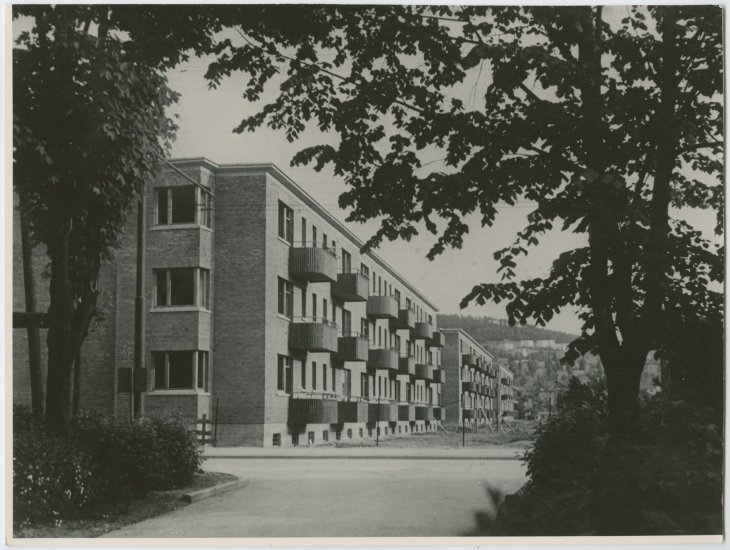 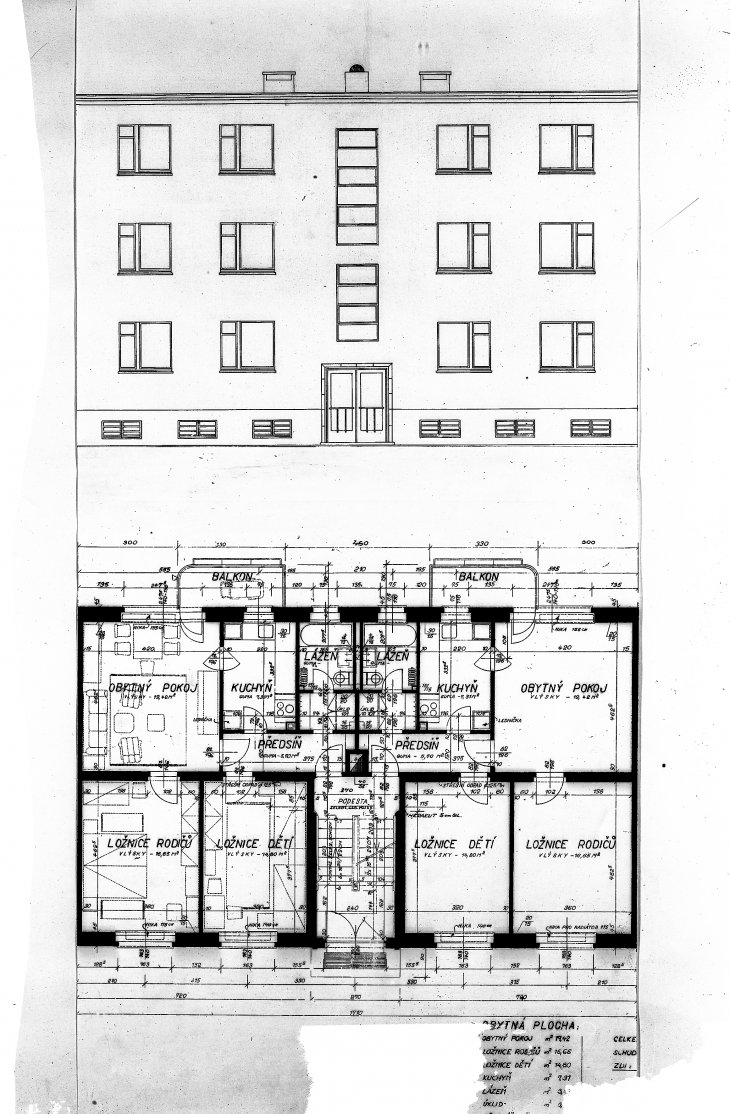 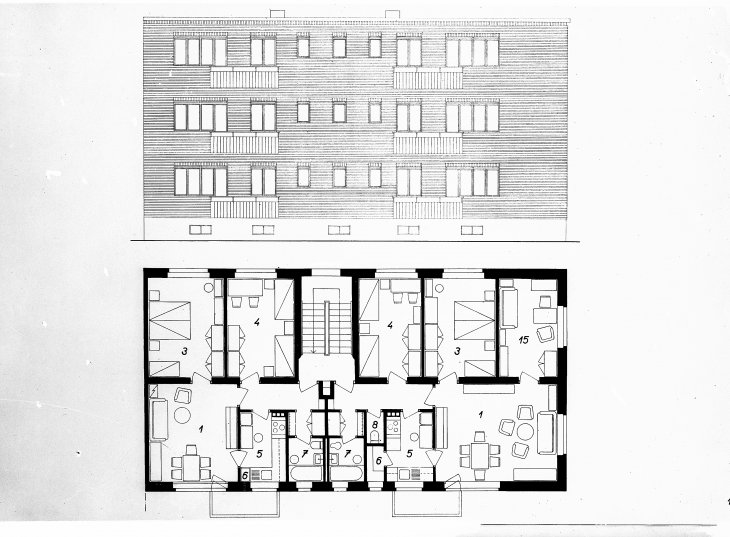 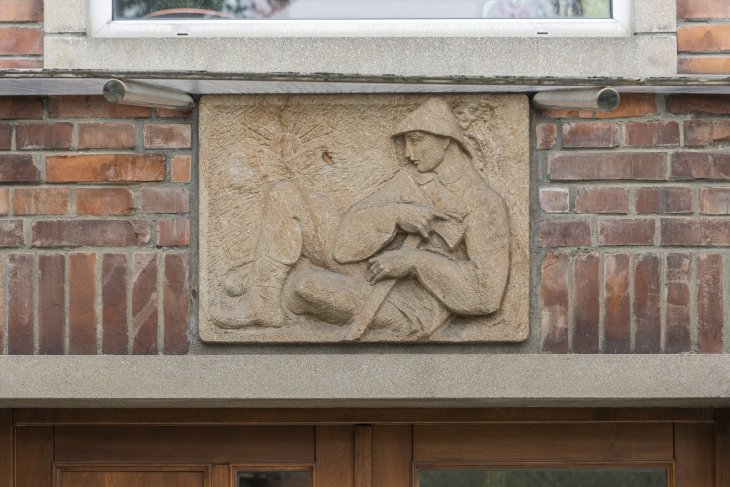 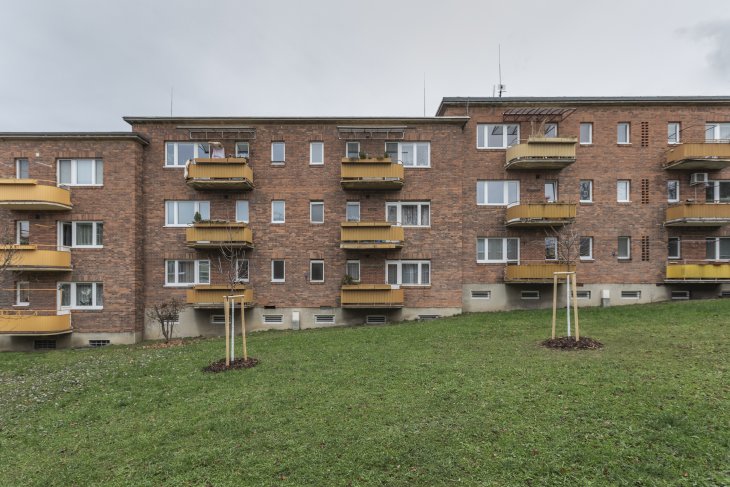 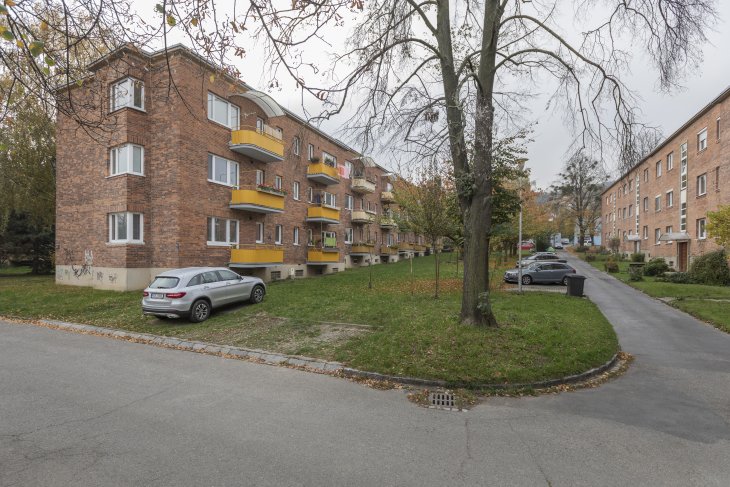 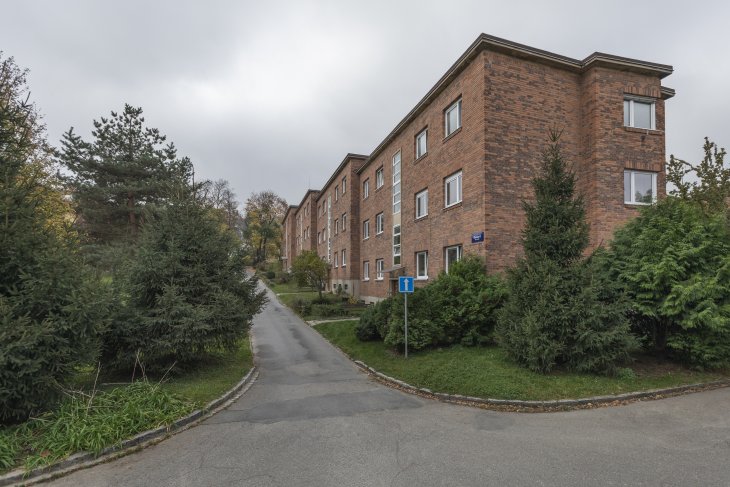 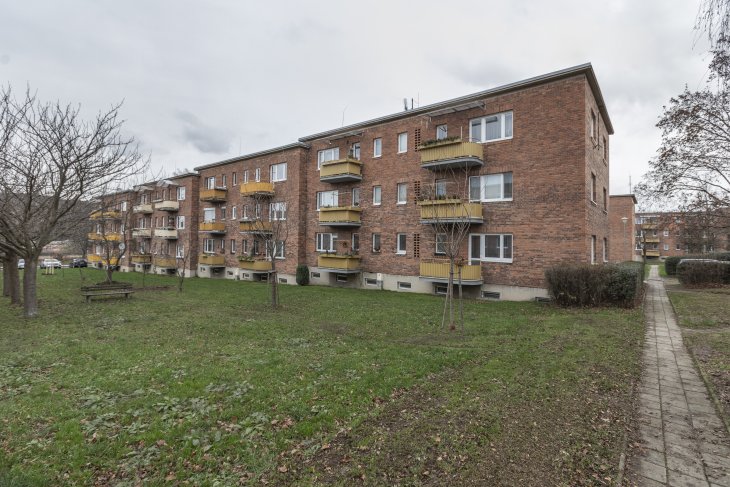 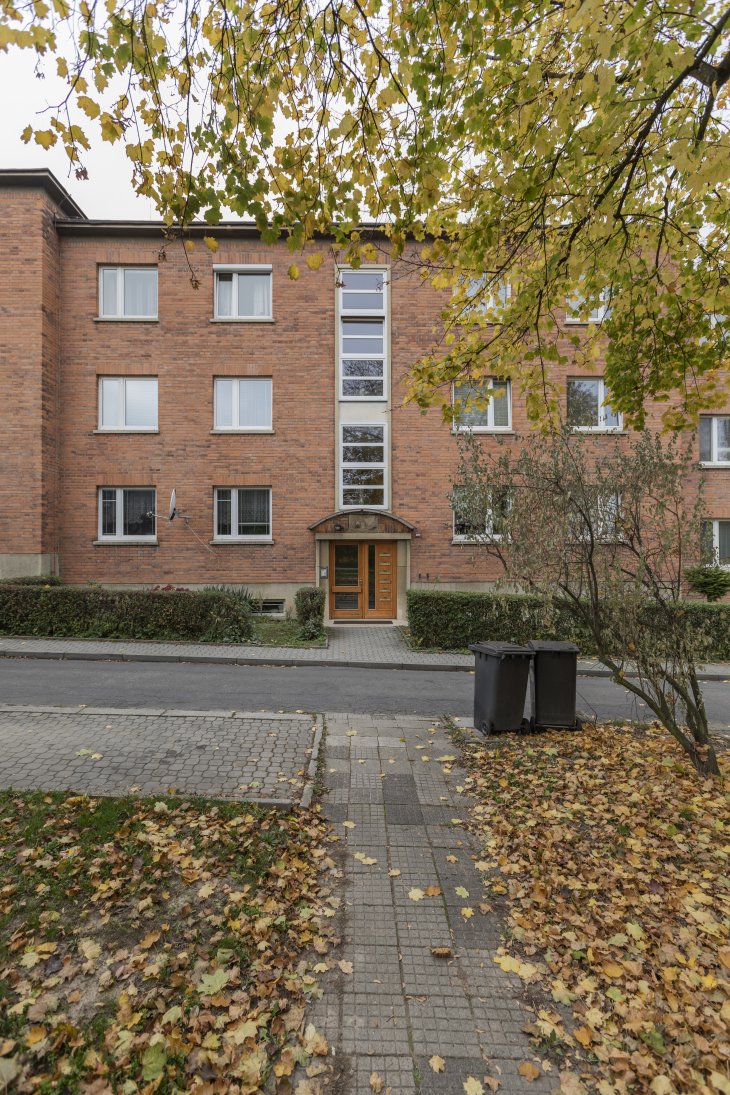 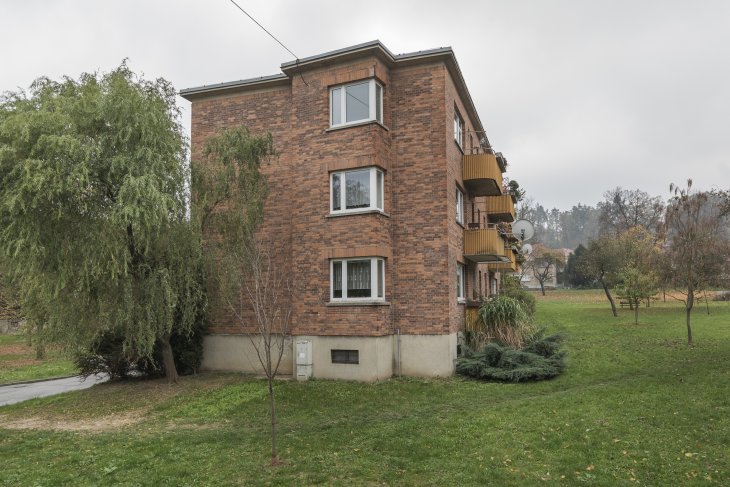 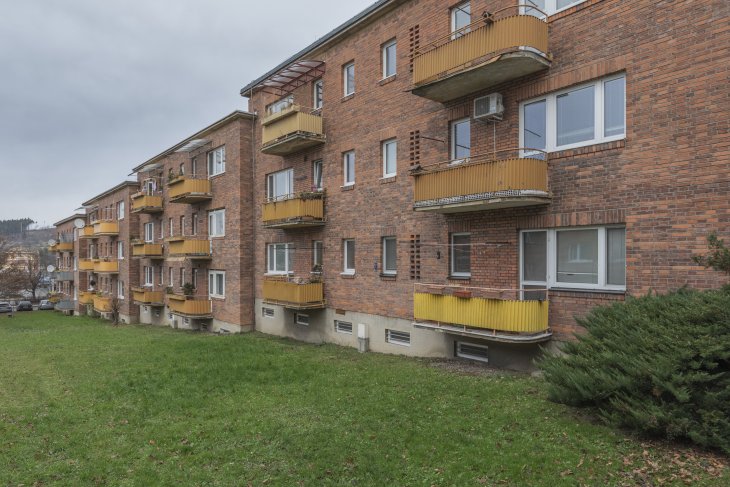