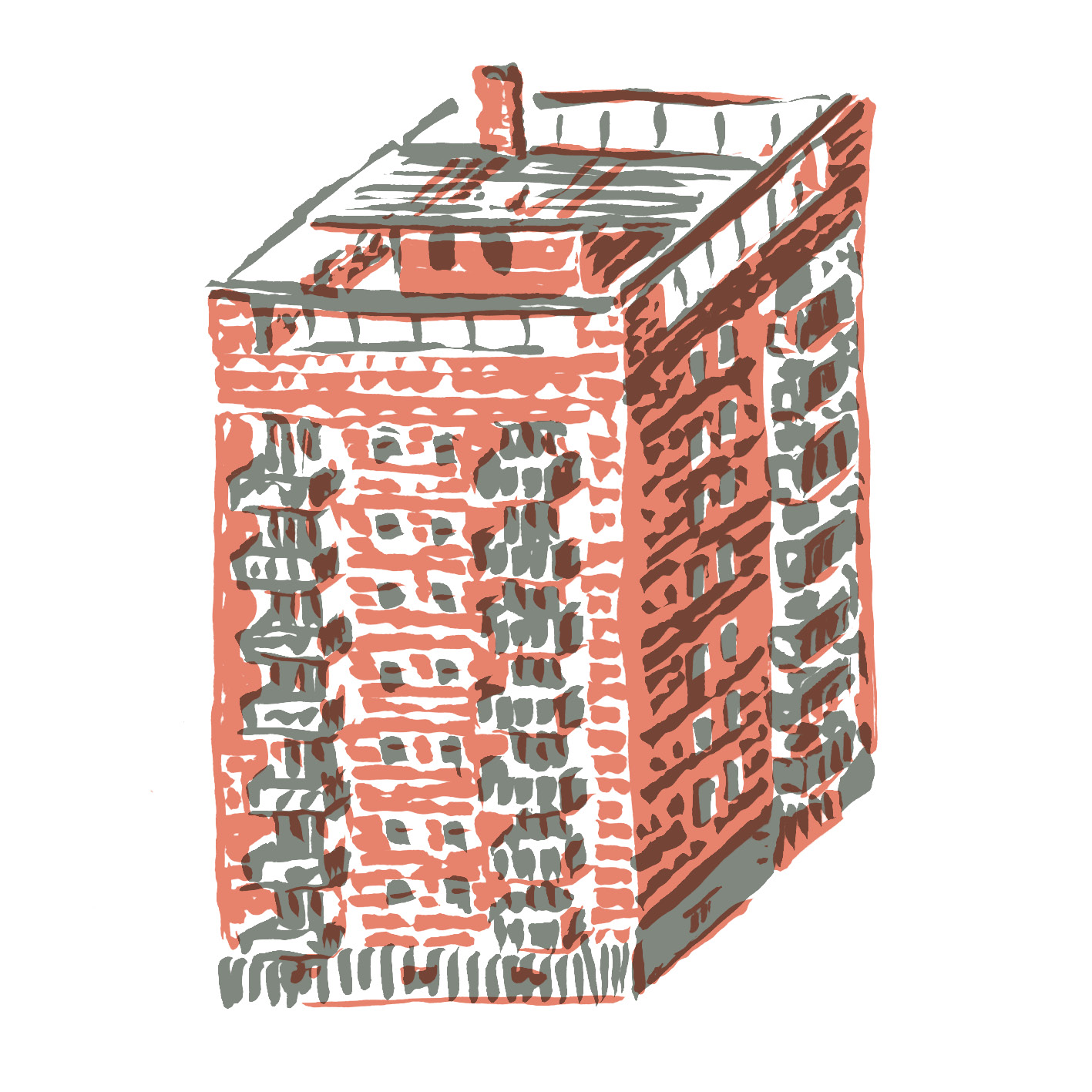 The period just after the end of World War II brought to Zlín an intense debate about the most suitable type of accommodation for the growing mass of inhabitants. The main town of the Baťa company was damaged by bombing in 1944, which, together with the inhibition of previously feverish residential construction during the war years, caused a significant lack of capacity in terms of accommodation. The gradual transformation of the economic, political and social situation in the republic was to significantly affect the organisation of the construction industry, the form of housing, and the technological possibilities for the next decade.

Like other European countries, Czechoslovakia after the war moved towards industrialisation, standardisation and typification of architecture. The first phase of this process, combined with a centrally managed two-year economic recovery plan between 1947 and 1948, was characterised by the concentration on functionalist aesthetics and morphology, especially in places with a strong urban and architectural tradition. An example of this is the five eight-storey tower houses designed by Baťa's corporate architect Miroslav Drofa in 1947.

The impressively composed ensemble responds by turning the individual buildings a little on their axis to a slightly sloping terrain and forms an essential part of the newly built residential zone to the east of the city centre. The vacant plot along the railway line between the districts of workers' houses Podvesná and Díly was earmarked for concentrated construction according to the Zlín masterplan created under the supervision of the architect Jiří Voženílek in the years 1946–1947. Instead of detached houses with gardens previously promoted by the company, several variations of multi-storey rental housing appeared here. A radical change in accommodation strategies was to ensure, in particular, space and time savings, improve the living comfort of tenants, and contribute to a greater sense of community in the war-affected society. The variety of models used, from the three-storey terraced houses designed by architect Vladimír Karfík, through to the massive eight-storey blocks of the Morýs apartment buildings, and the tower houses, was intended to guarantee difference and usability for various types of families.

When designing the tower houses Miroslav Drofa benefited greatly from his interwar experience as a designer of Baťa housing and public buildings, and at the same time his design refers to the inspiring Scandinavian architecture of the time which he experienced at first hand. Eight-storey face brick buildings with a square floor plan use the standard technology of load-bearing brick walls perched on reinforced concrete strips, on concrete well foundations, and with reinforced concrete ceilings. This solution allows for spatially favourable layouts, and legibly refers to the form of company houses. The two-part and three-part double-glazed windows with a ventilation flap and a white wooden frame break the smooth and clearly composed façade. Plasticity and at the same time interesting visual variations in the views between the houses are provided by projecting perforated balconies made of prefabricated concrete, complemented by the larger, almost strip windows of the living rooms. Drofa made the total mass of the buildings seem lighter with the help of free, subtly framed roof terraces forming the last floor. The layout of the houses is defined by a central staircase, which on each floor is always surrounded by four identical, mirror- symmetrical two-room housing units with smaller kitchens. One extra apartment without a balcony was always located in the ground floor next to the cellars and the pram storage room. Living rooms conveniently surround the perimeter of the building, while the hall and sanitary facilities of the bathrooms with toilets are set towards the centre of the house. The tower houses certainly offered comfortable living; they were equipped with built-in furniture, lifts, and waste chutes leading to the basement, which today no longer operate. Drofa paid great attention to detail, thoughtful contrasts of materials (dominant brick, concrete balconies and internal stairs, artificial stone in the ground floor, travertine around the window frames on the north facade and entrance, wooden floors of apartments), but also the overall spatial dominance of high-rise buildings set against the predominantly lower surrounding buildings, created a modern and extremely successful residential complex.

The tower houses, approved in 1950, are preserved more or less in their original form; they are part of the city's monument zone. They are not obscured by additional extensions or external insulation, and a large part of the windows (on the south side with external wooden blinds) and interior equipment, such as mailboxes, stair railings, and floor terrazzo, remain in authentic condition. The concrete walls of the balconies were replaced with slightly thicker copies in the 1990s. The generous open spaces between the individual houses, which together with the complementary greenery and fruit trees still give the whole zone a pleasantly relaxing character, are partially intersected by a cycle path winding along the main street. 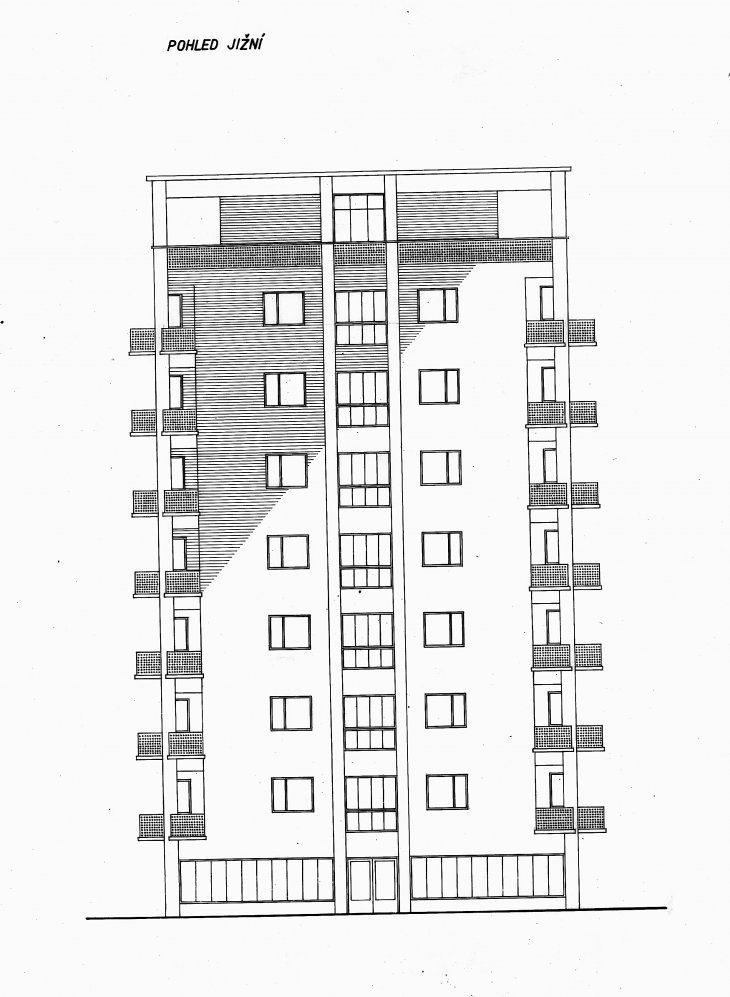 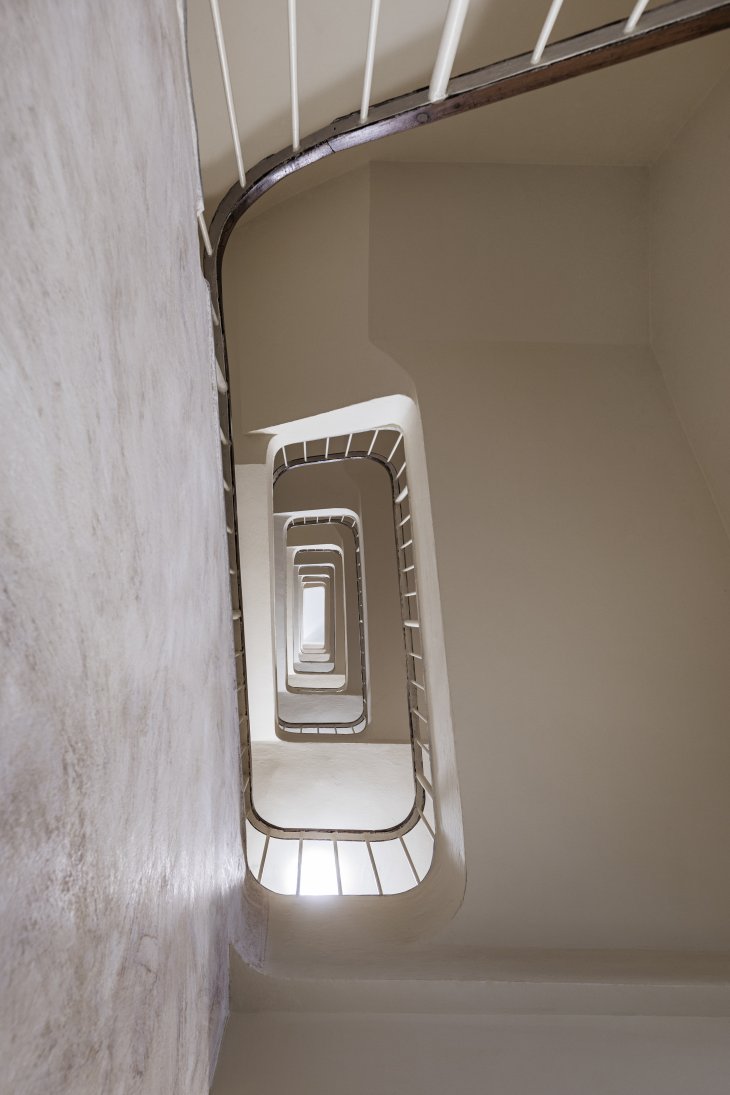 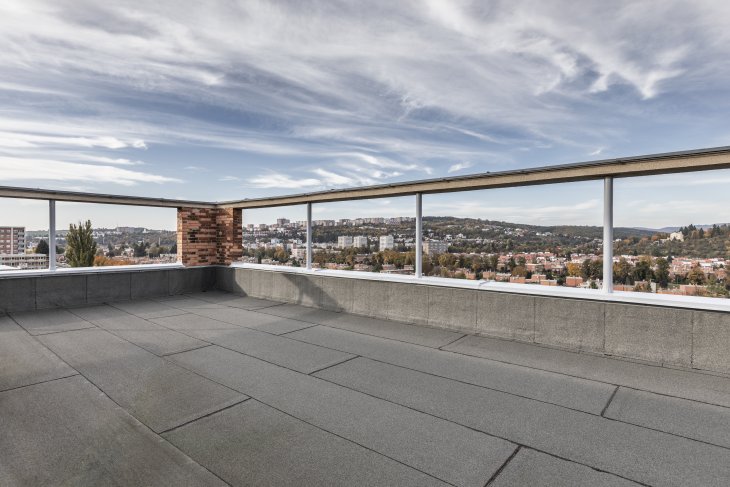 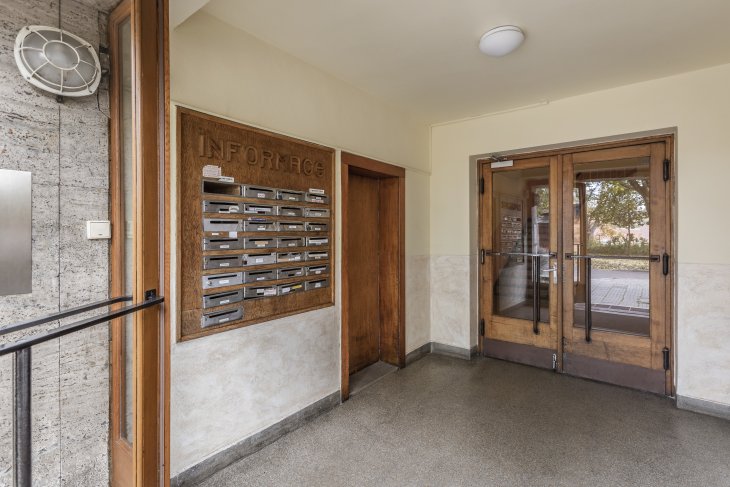 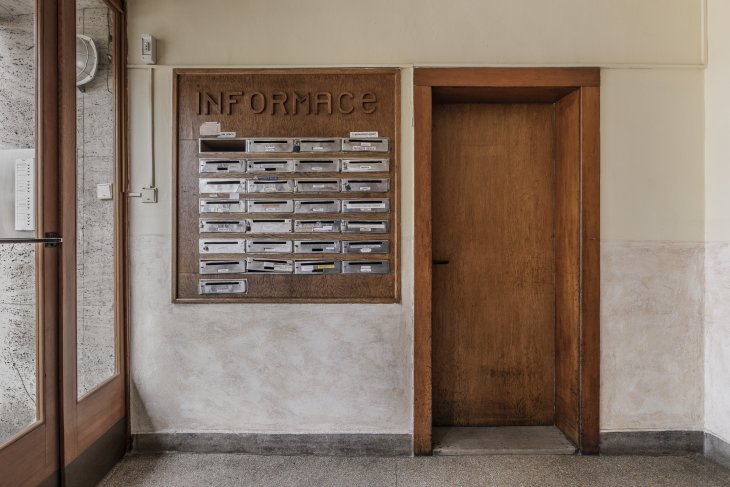 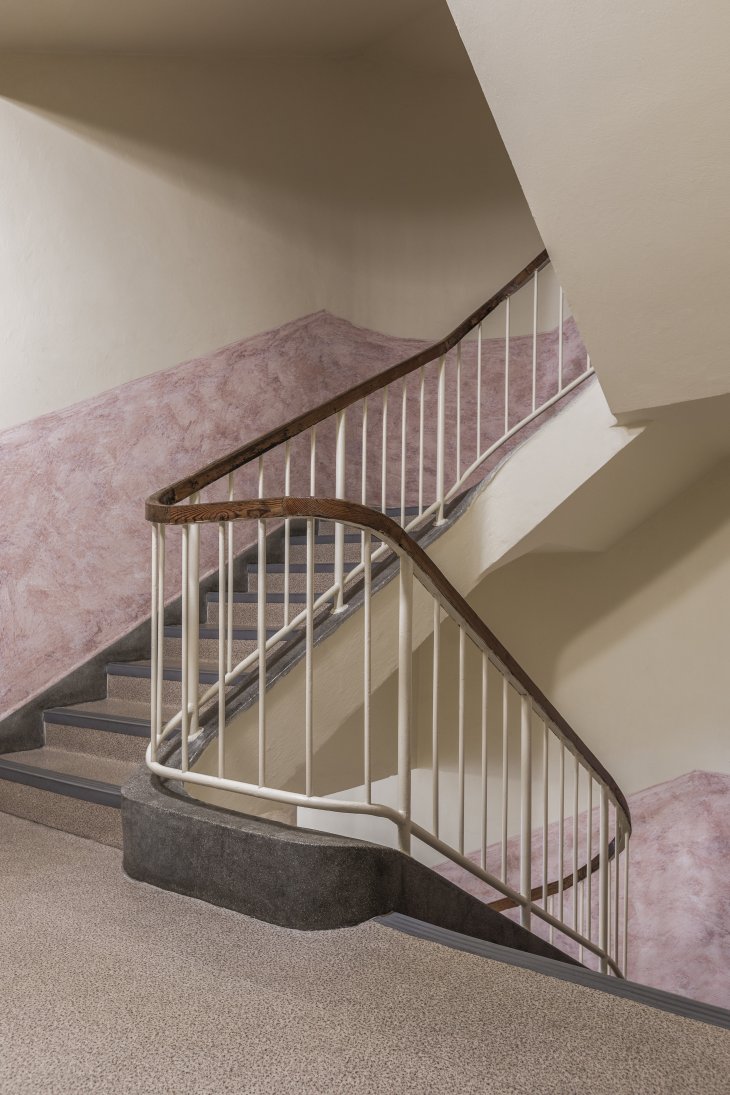 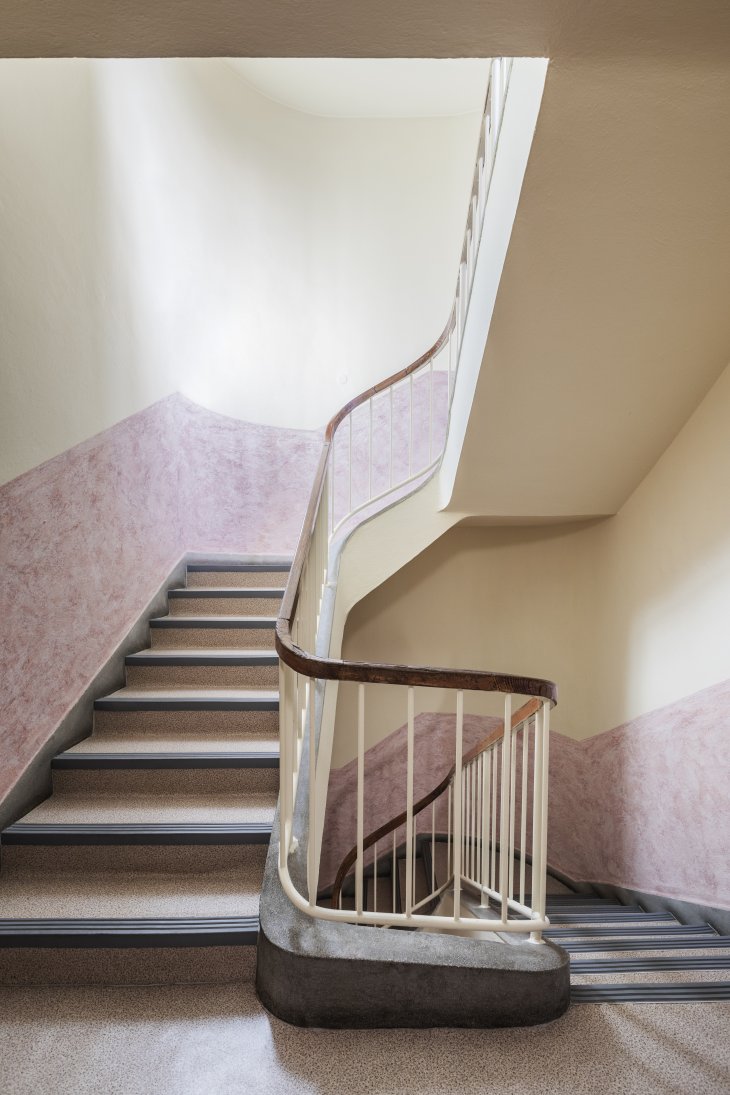 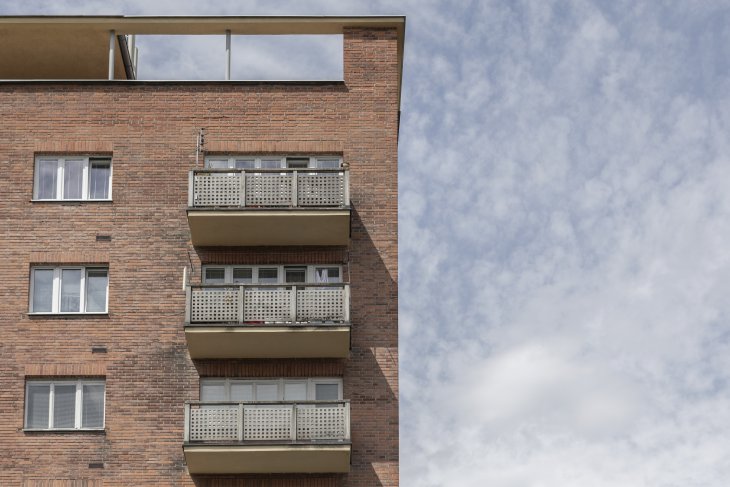 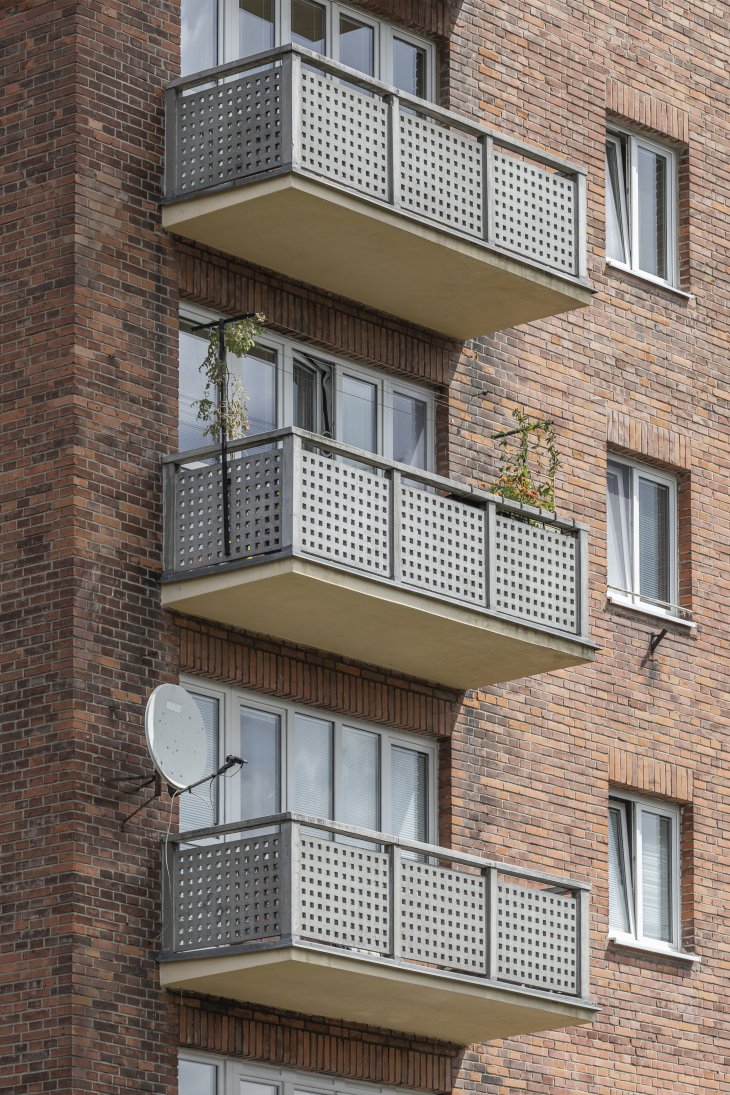 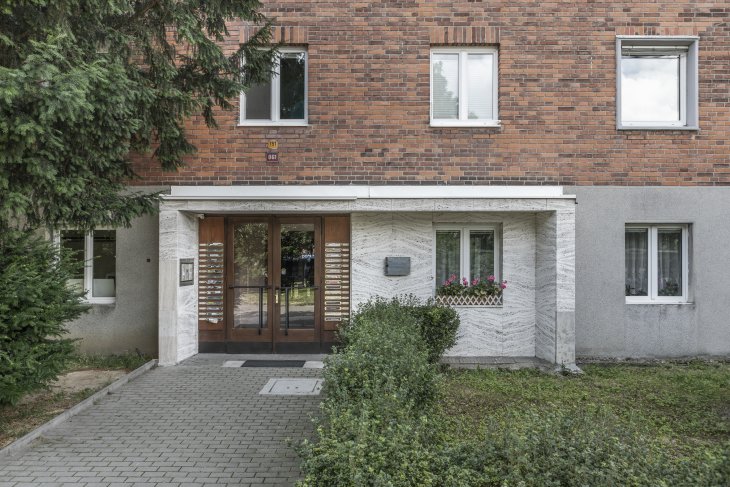 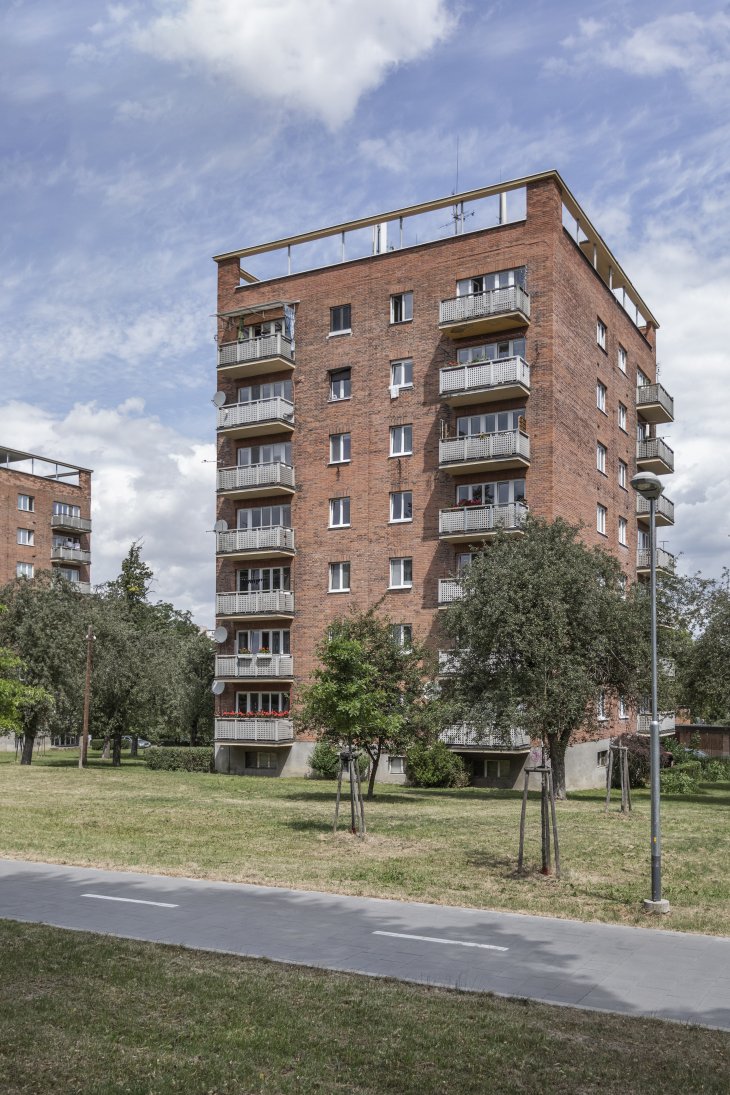 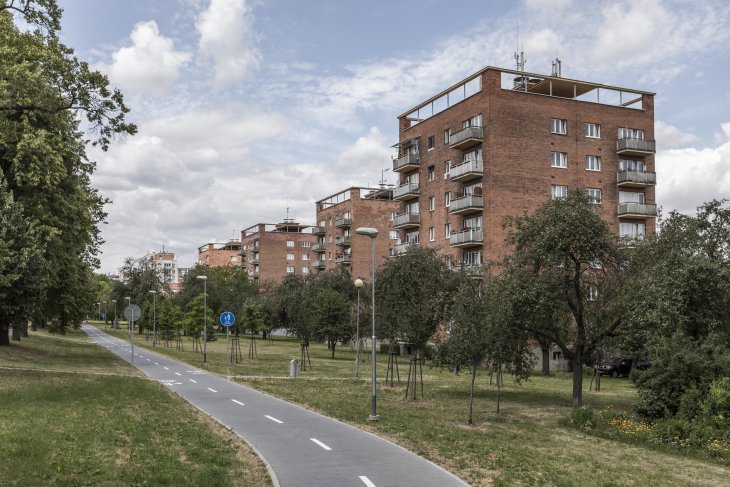