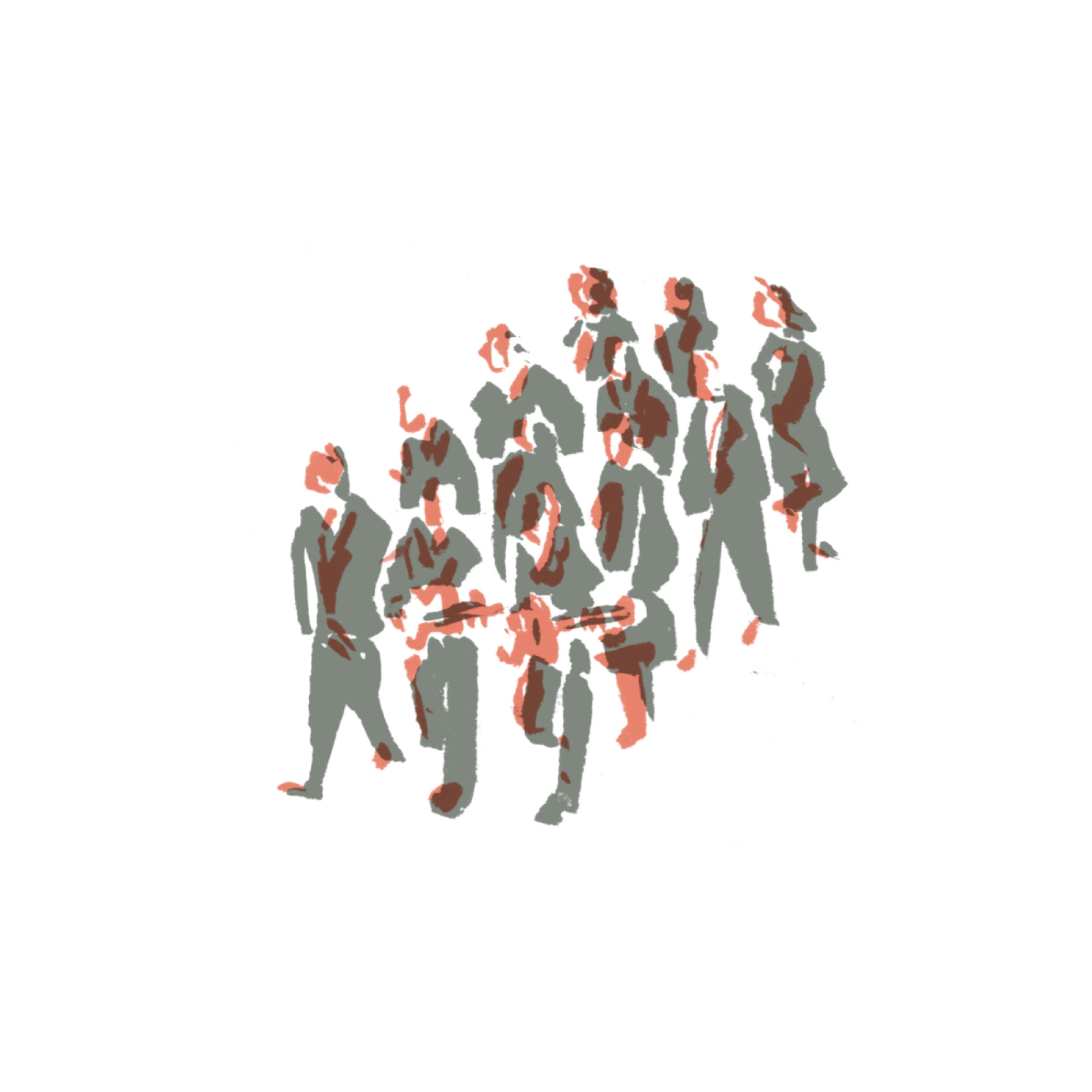 The last point of our walk has led us to the TomášBaťa Memorial. The impressive view of an urban scene interconnecting commercial, school and production buildings in BaťaZlín opens up in front of us. It is through this scenery of the corporate city that young men and young women most often moved, adopted its rules, adapted to its demands and further shaped it. Especially on Sunday, they moved in this area at different times and more frequently than usual.
The contemporary idea of the “model” Sunday is reflected in the script of the Sunday of Young Men and Womenin Zlínsoundtrack. Its author BronislavSzynglarski reflects in it the commonly accepted gender differences with great insight. Boarding house inmates usually went home only for the most important holidays and during the summer holidays, ideally only four times a year. Sundays, which they most often spent in Zlín, did not differ significantly from the weekdays. The "free" time from the alarm clock, shifted to seven o'clock, up to the sleep time after 21 o'clock did not offer much opportunity to escape from organised activities. The day was governed by a detailed programme and supervised by tutors. The boarding, outdoor warm-up in the woods above the neighbourhood, hygiene, cleaning and breakfast differed from the daily routine only by the length of execution:on Sunday these activities took up a large part of the morning for the girls and boys. Follow-up lectures, musical and satirical performances, debates with prominent personalities and athletes, and worship for believers filled up the rest of the time until lunch. Sunday afternoon than evolved more in the spirit of freer entertainment. Among the activities were the collective games, encouragement of one’s own team in regularly organised competitions, cultural performances, hiking in the surrounding areas, and group visits to the cinema.
At this time, the otherwise watchful eye of the educators eased the most, and in the afternoon, illicit activities such as visits to inns, card games, and meetings with loved ones took place. However, if apprentices were caught in an unauthorised activity, they would not avoid punishment. But this was not necessarily assessed equally for everyone; for example, in unauthorised intimate meetings, the woman had a much greater share of responsibility: “I drove through the woods recently on Sunday. They sat in the grass: a graduate and a young woman - alone in the grass,” Jan AntonínBaťa shared the fresh experience with the readers of his newspaper. “A young woman shouldn't do that. In the old days, a girl who was seen alone with a young man would be considered a bad girl. But this view has not changed even today. Even today it is not appropriate. It is not suitable for a young woman who is mindful of her honour and her future. She should never, and nowhere, allow herself to be seen alone with a young man. If this were to happen to a girl at our school of work, we would have to send her home to her parents, because we would not be willing to take responsibility for her future. […] A young woman must be mindful of her reputation. There is only one good reputation for a woman. Who desires Fingered Confectionery? Nobody. Remember this, girls - Young Women! ” (Source: Jan Antonín BAŤA, What the Young Shouldn’t Do. Zlín, July 30, 1937, p. 1)
With the evening coming, around 7pm, the dormitory began to fill up again. The last points of the programme remained - group meetings, screenings of short films, speeches by educators. Before going to bed, the apprentices spent a few minutes preparing for the next week.