Upon entering the area, young women and young men were faced with a view of the chess-like factory buildings interwoven with a network of rectangular paths. Before 1936 they entered the area through the main gate located between the fourplex gatehouse (later the customs office) and office building No. 2 (later a polytechnic). With the commencement of construction of the new 17-storey office building no. 21, the main gate was moved between the skyscraper and building no. 11 and a wagon gate was established in its original location. The area always looked impressive. The entrance area was representative of this: carefully decorated, clean lines, with trimmed greenery, commensurate with the importance of the place. The head office (formerly buildings 2 and 3, later building 21) was located in its immediate vicinity.
Several architectural structures were favourably interconnected in the eastern entrance area. The oldest buildings of the decimal series with massive arched windows, whose construction rested on the peripheral load-bearing walls supplemented with a grid of wooden columns (later replaced by steel), alternated here with the first airy functionalist three-storey buildings. The construction system of these newer buildings was a reinforced concrete skeleton with a span of 6.15 × 6.15 metres, with originally square, later round columns.
In the 1930s, most of the buildings of the decimal, vigesimal and trigesimal rows served in shoe production. Some of them were gradually adapted to less loaded offices and classrooms due to serious construction defects. A significant feature of the shoemaking operation was a roof lift, which took the output from the workshops into a representative building of the former footwear warehouse (it was a two-block building consisting of ten-storey building No. 32 and eleven-storey building No. 33 connected by a ten-storey extension). As part of the division of the factory premises into zones according to the type of production (zoning), the rubber industry, as another important production profile of Baťa, had found its place in the Quadragesimal and Quinquagesimal rows. In the middle and west part of the factory premises was placed enterprise engineering, while in the narrowest western sector of the factory you would find hosiery and knitting workshops.
The counterpart to the modern functionalist architecture, which was characterised by strict geometric lines, machine precision and an emphasis on rationality, was the surrounding greenery. However, the place for vegetation in the Baťa factory premises was precisely determined: the newcomer thus observed a clear arrangement of greenery in the alleys lining the railway tracks or by the factory walls. Like the hedges between workers' houses, the foliage in the factory was generically assembled and edited to the desired shapes that fulfilled predetermined aesthetic standards. Between the geometrically precise lines of functionalism, the planted greenery improved the living conditions of employees.
Twice a day, at the same time, thousands of employees walked back and forth between the individual production halls on the large boulevards. Twice a day they attended their jobs, with a lunch break at noon, and in the evening they went to see their loved ones, studied,had fun, and relaxed. Outside fixed working hours, the movement in the factory premises calmed down. The number of people decreased, but their steps did not slow down. Each rushed with a clearly-defined purpose to a designated location with a permit issued. Above the heads of the employees, the cableways and conveyor belts were moving endless tons of materials and goods. On the ground their work was assisted by railway wagons, trucks and conveyors, which transported larger and more massive loads.
The multi-layered transport solution accelerated the flow of goods and people. The chessboard scheme of the factory complex corresponded to the demands for smooth movement. The model for this solution was American factories. The accurate sorting of things, people and movement brought about clarity. A man standing idly in the factory premises would have become immediately noticeable. Adapting to pace and merging perfectly meant adapting to external dynamics - the order of continual, purposeful movement. 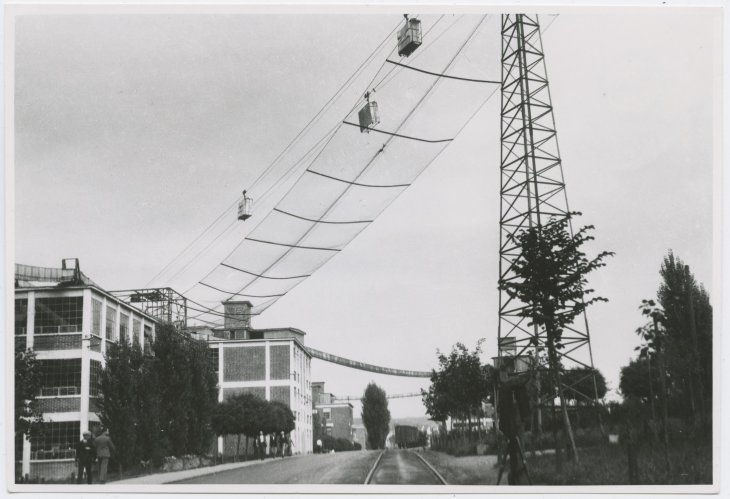 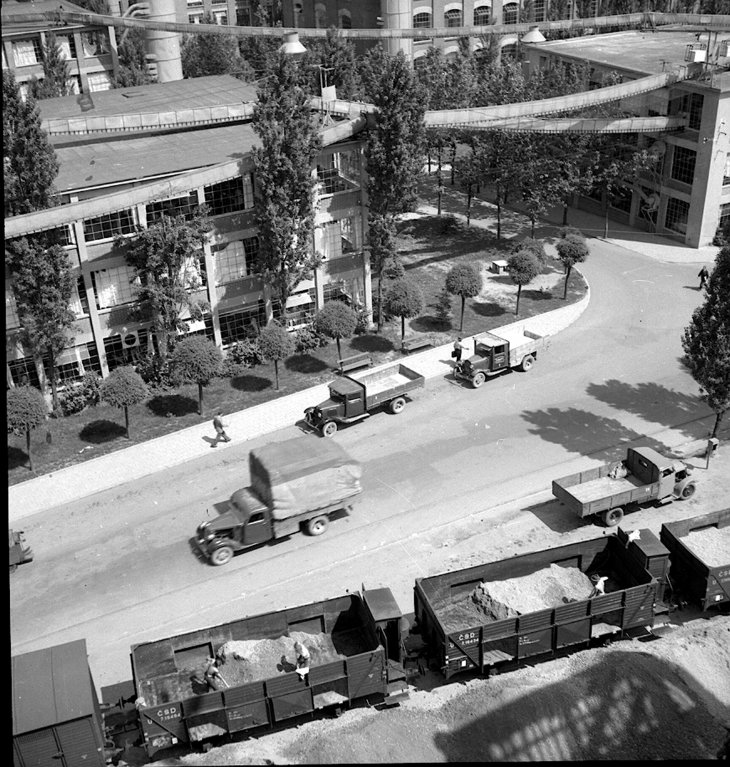 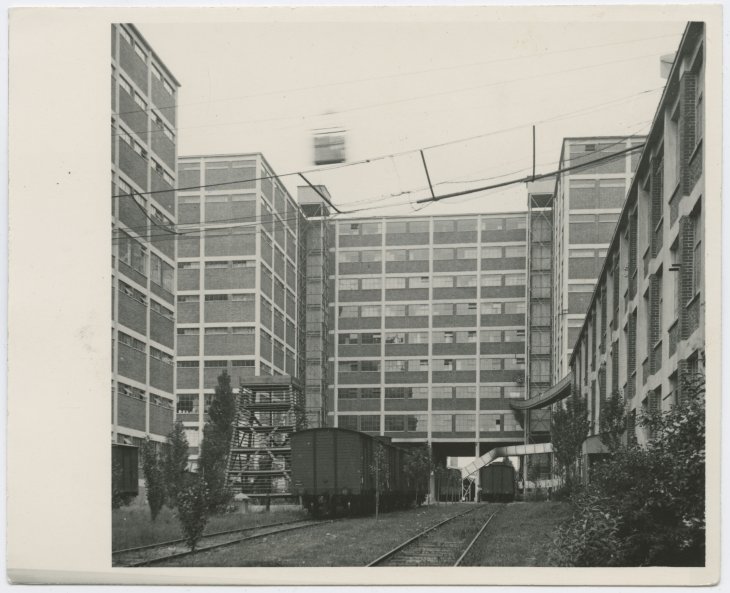 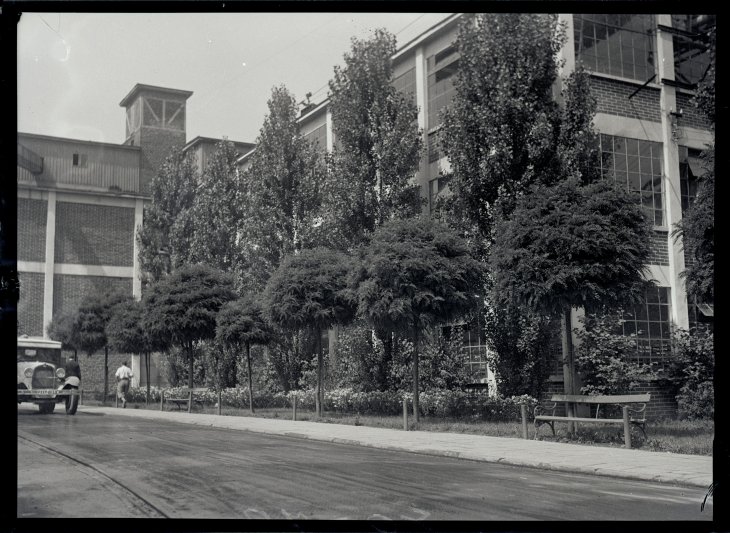 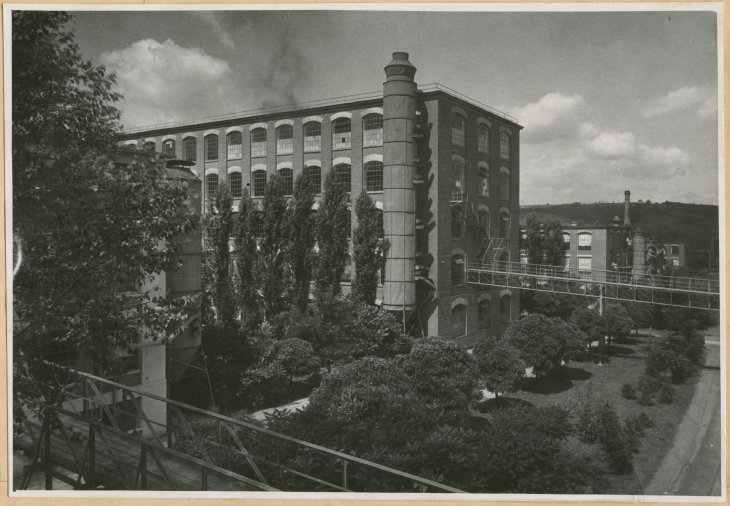 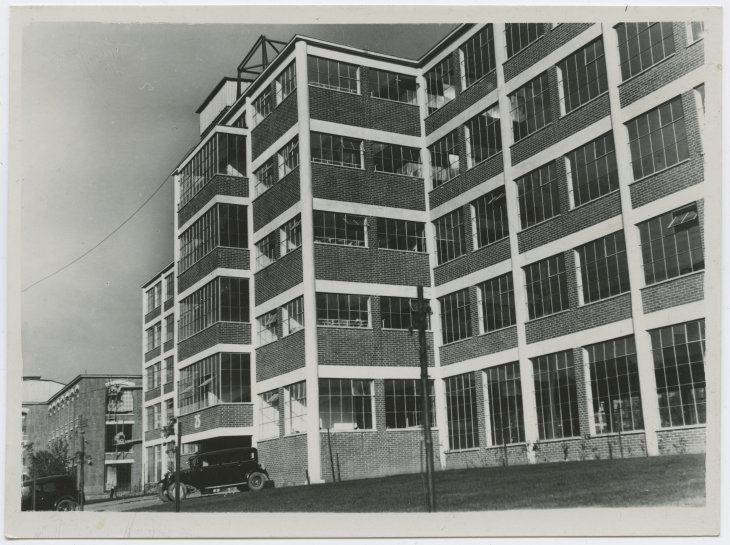 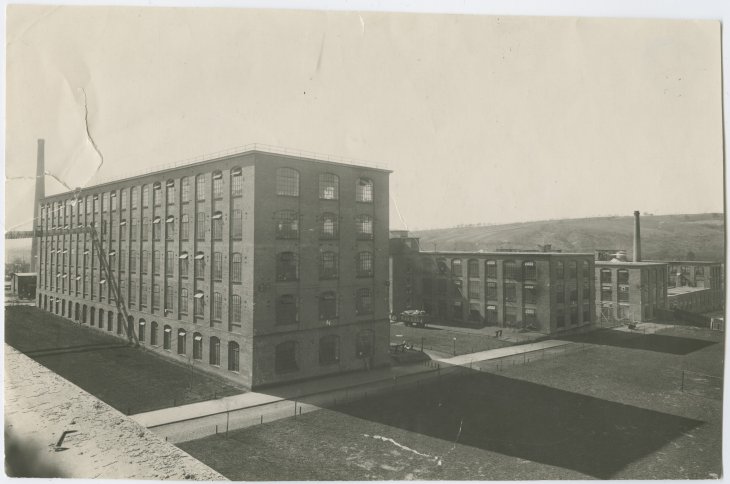 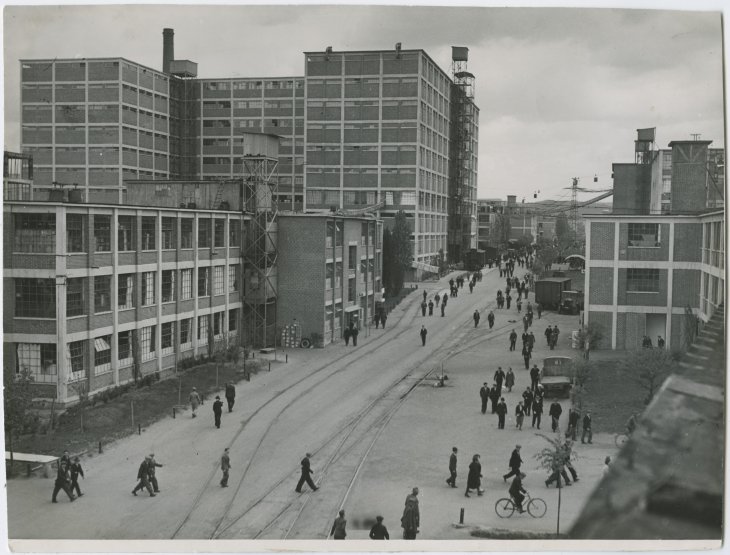 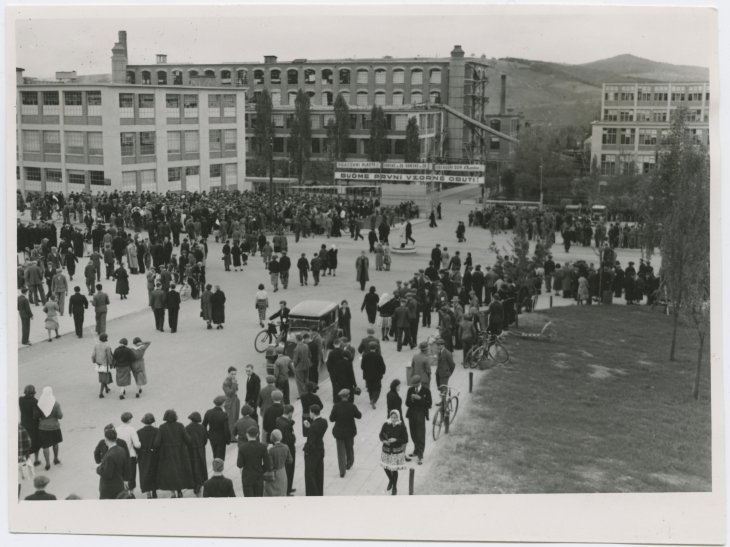 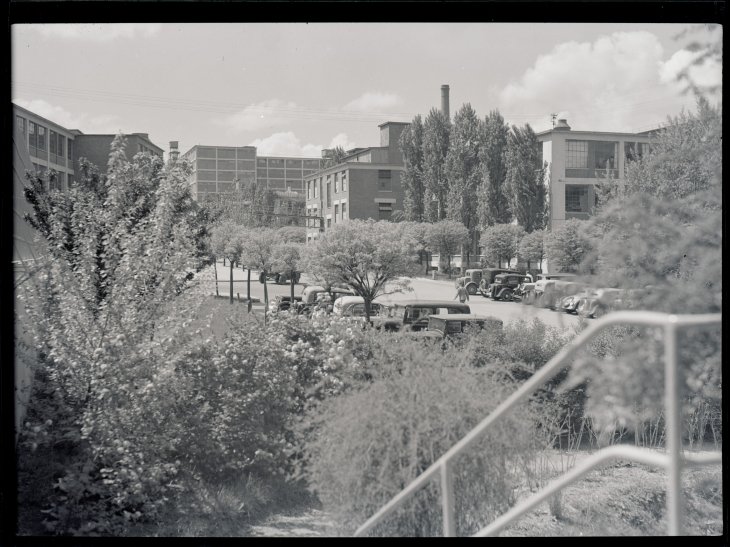