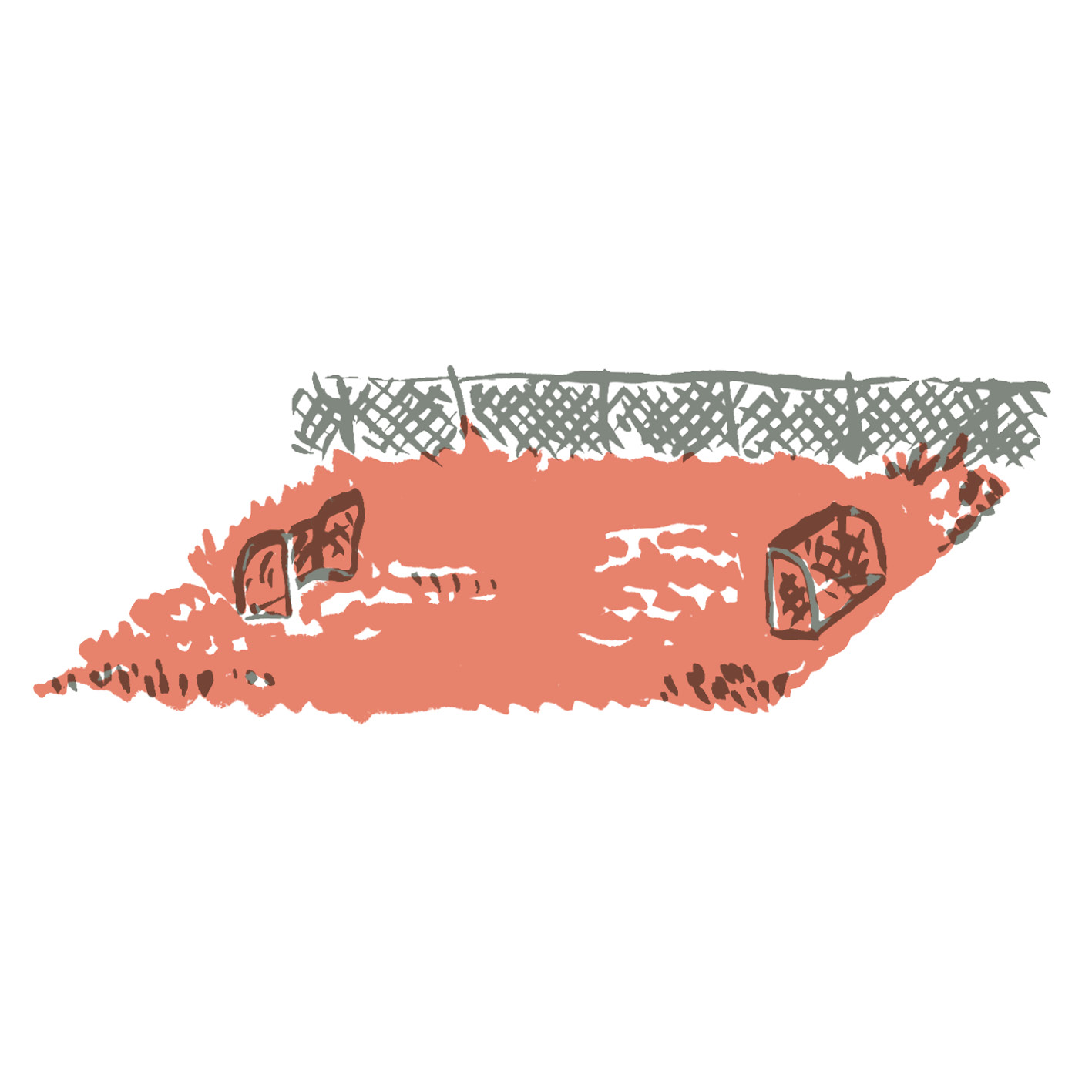 The morning warm-up of young men and women took place every morning after six o'clock, when the weather was acceptable, in the provisional playgrounds near the dormitories. For young men, educators practiced simple exercises for blood circulation and muscle relaxation for about 15 minutes: bending forward, kneeling, flexing, straining, squats. A few minutes of volleyball over a hastily drawn net was supposed to boost their concentration. Young women also started the day with a quarter-hour exercise. Instead of fitness exercises and team games, they focused on rhythmic exercises and milder forms of gymnastics. For the morning warm-up, the grounds of the boarding-house area were modified, the area beyond the surface aluminium ore excavation which was part of the brickworks (today's athletic stadium) was also used, and the space above the Study Institute was popular as well. The neighbouring school district was equipped with a playground and a smaller pool.
It was not the only organised movement for the dormitory residents - regular classes of gymnastics and rhythmic exercises were also found in the school schedule. Sport (along with organised entertainment) also filled most of the "free" time between working in a factory and education in schools and courses. In addition to numerous summer and winter sports disciplines, these included common Saturday and Sunday outdoor trips and more demanding hiking; Scouting was also widespread. Because, as the so-called daily timetable promoted, "Absolute inactivity and idling are not refreshing and often lead to wickedness and vice just as bad society."
The culmination of sports preparations was regularly organised sports games, with which young women and young men, with the abundant participation of spectators, started the school year. At the Baťa Sport Club stadium, set up on the site of the former Štěpánek factory, they performed perfectly mastered sets, physically demanding floor exercises and aesthetically designed rhythmic routines. At public festivals, sport also penetrated the city streets: the famous ZlínskáOsma (Zlín Eighth) Rally with international participation and cars of high cylinder volumes and renowned brands started onnáměstíPráce(the Labour Square). Among the speeding runners was a promising Baťa school graduate named Emil Zátopek.
Growing a toughened body was not a novelty in the 1930s. Already in the 19th century, it was one of the mandatory "equipment" of most national movements (eg the German Turner movement, the Czech Sokol movement). The idea of cultivating a healthy and efficient body was taken over by other movements, and later also by entrepreneurs with great social visions, such as Tomáš and Jan AntonínBaťa. For young men and women, collective exercise became a common part of the day. It prepared the man for employment itself. Physical activity strengthened the body, increased performance and competition - another essential attribute of normal employee behaviour - needed to achieve success and profit. Even experienced, trained employees continued to improve through competitions and physical training. 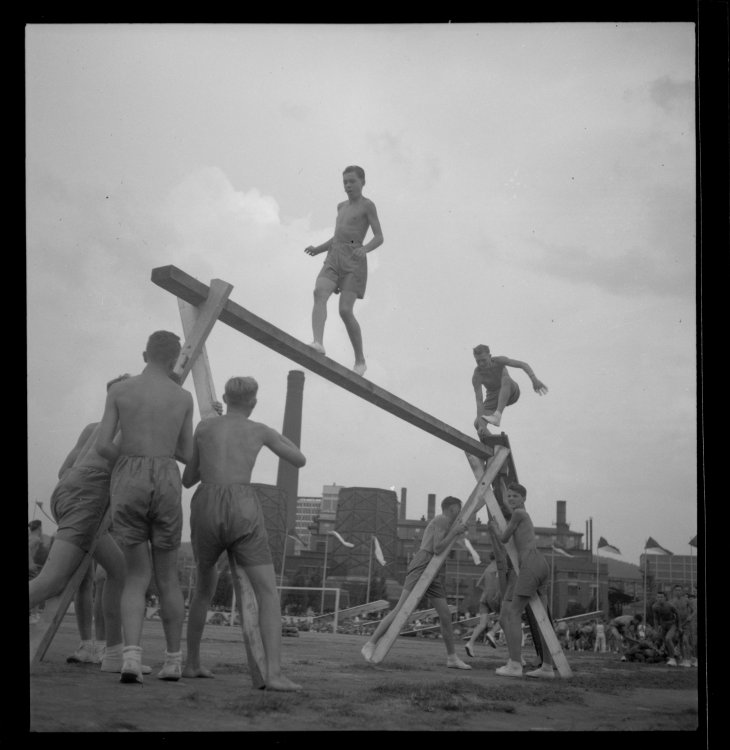 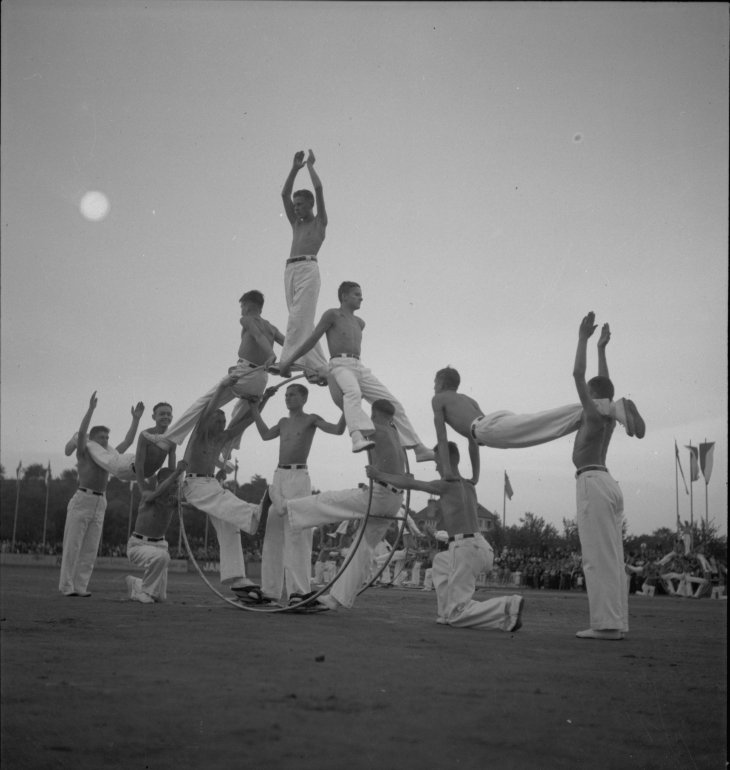 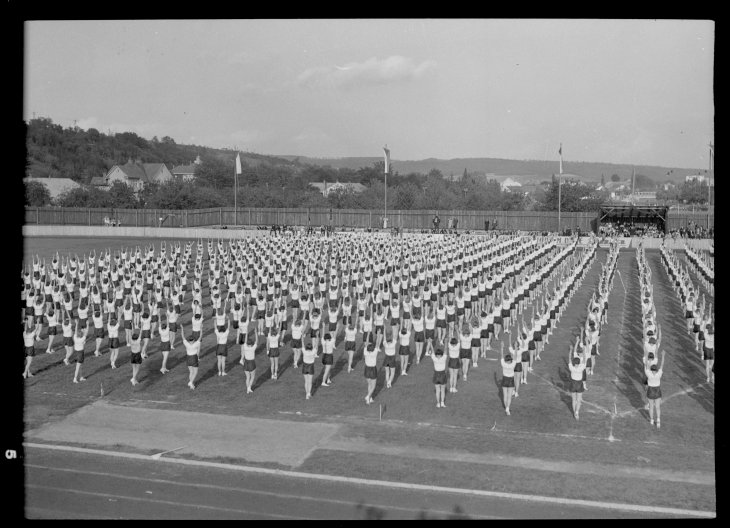 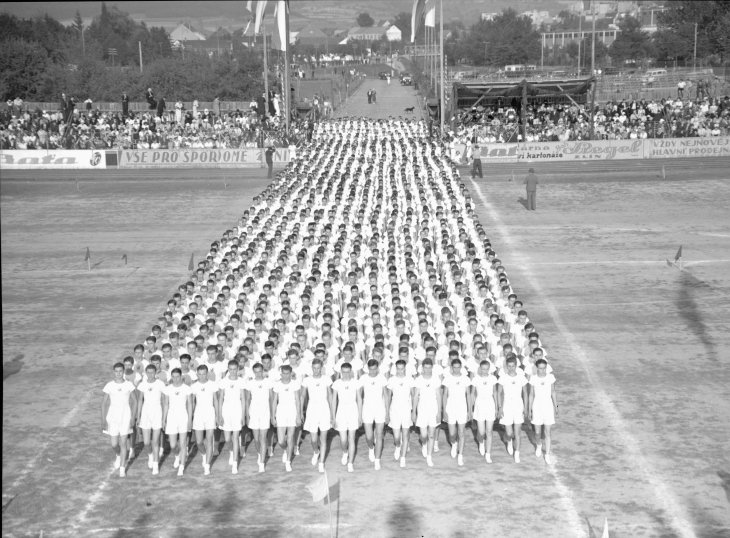 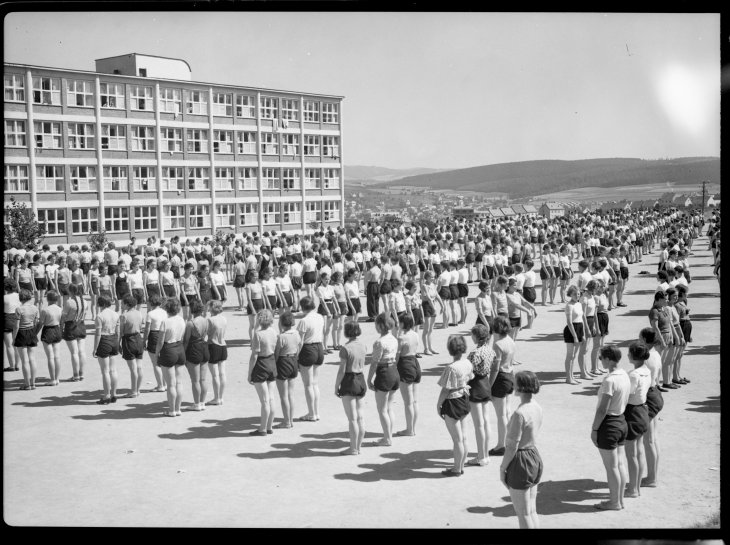 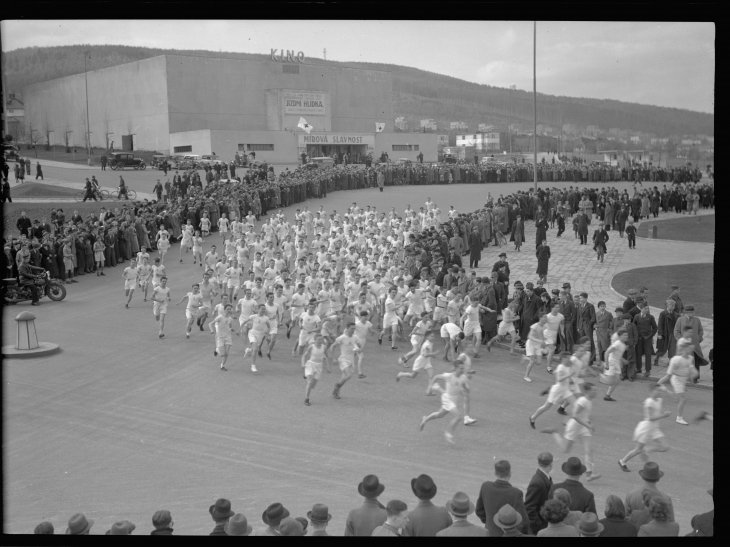 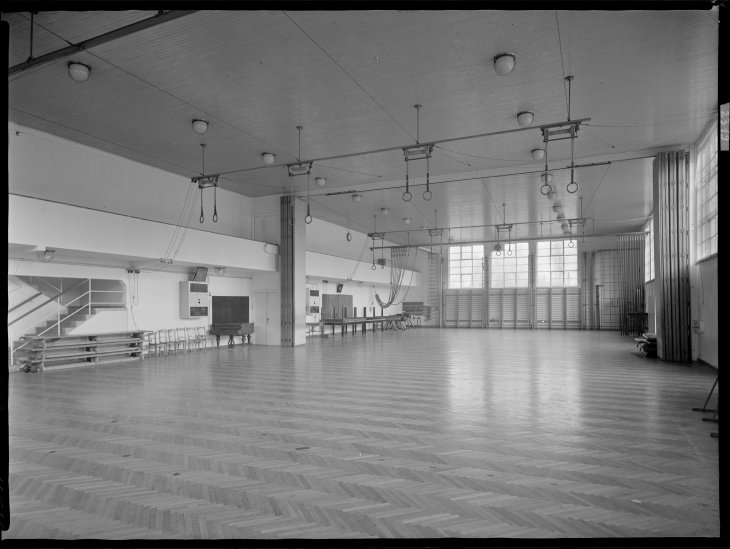 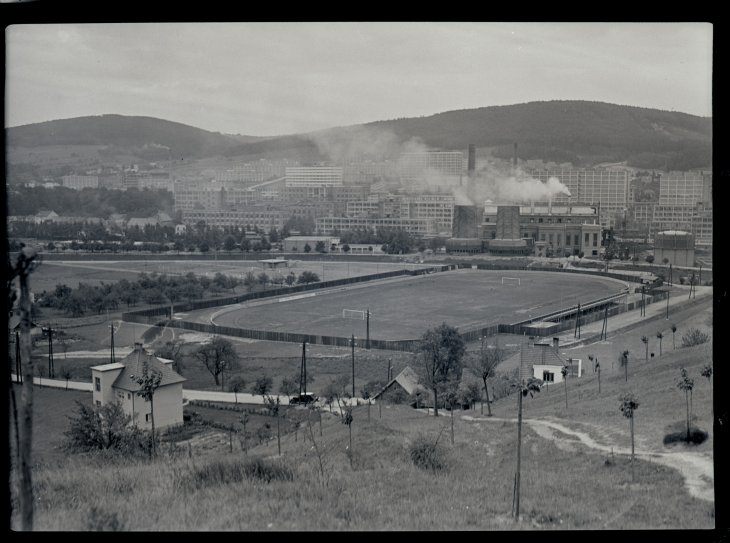 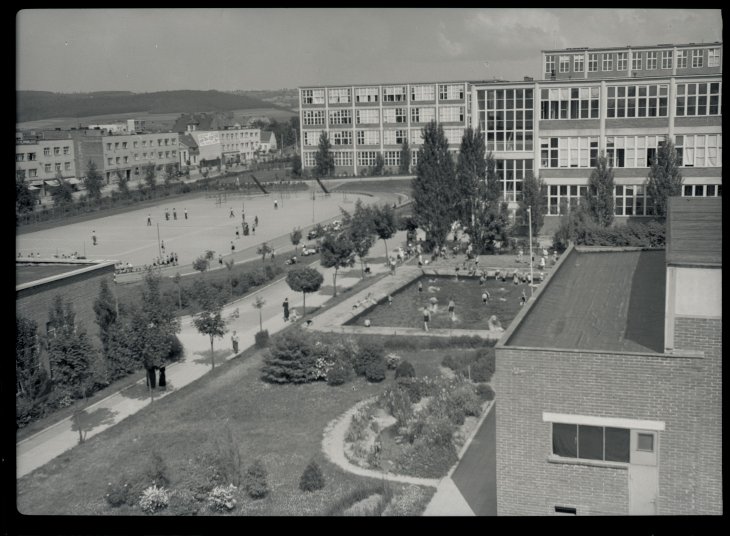 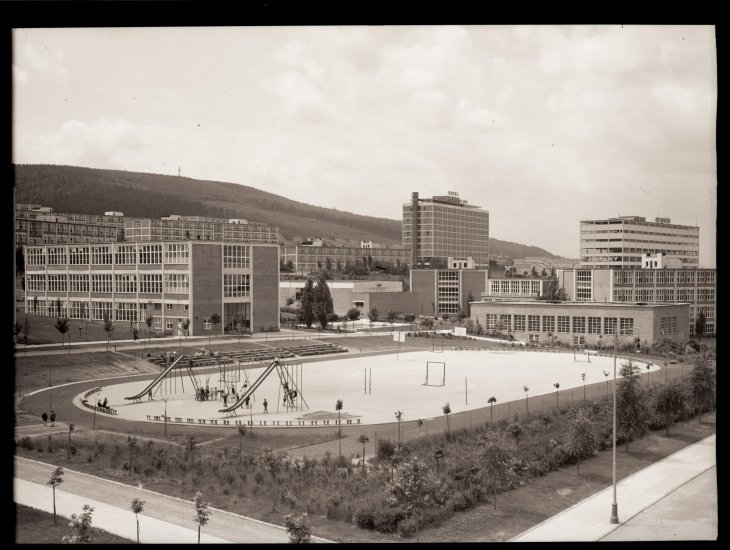 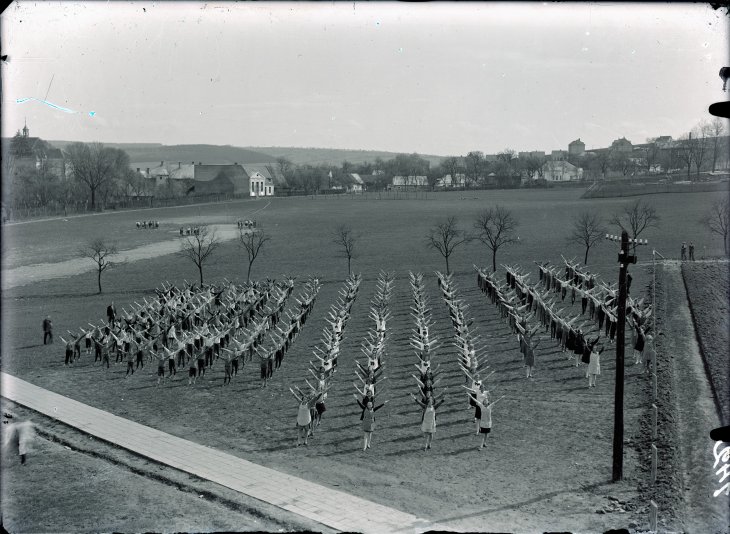 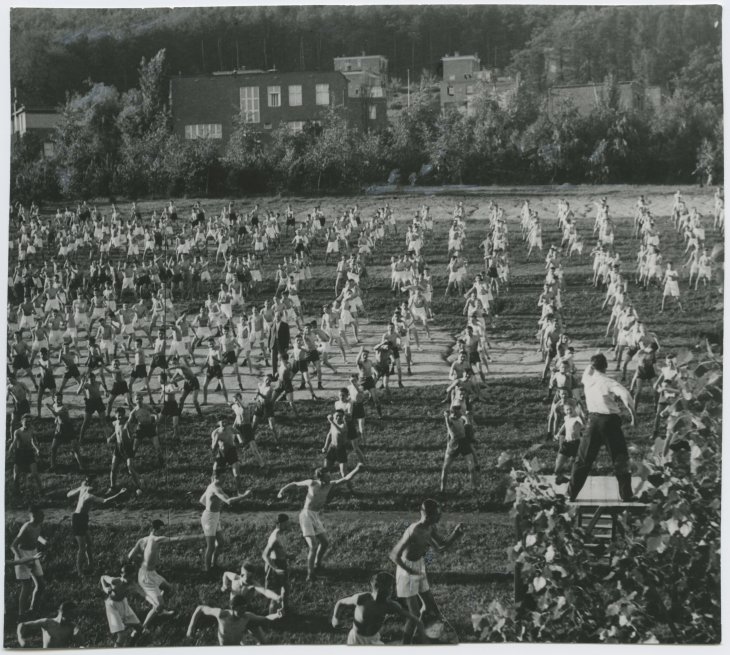