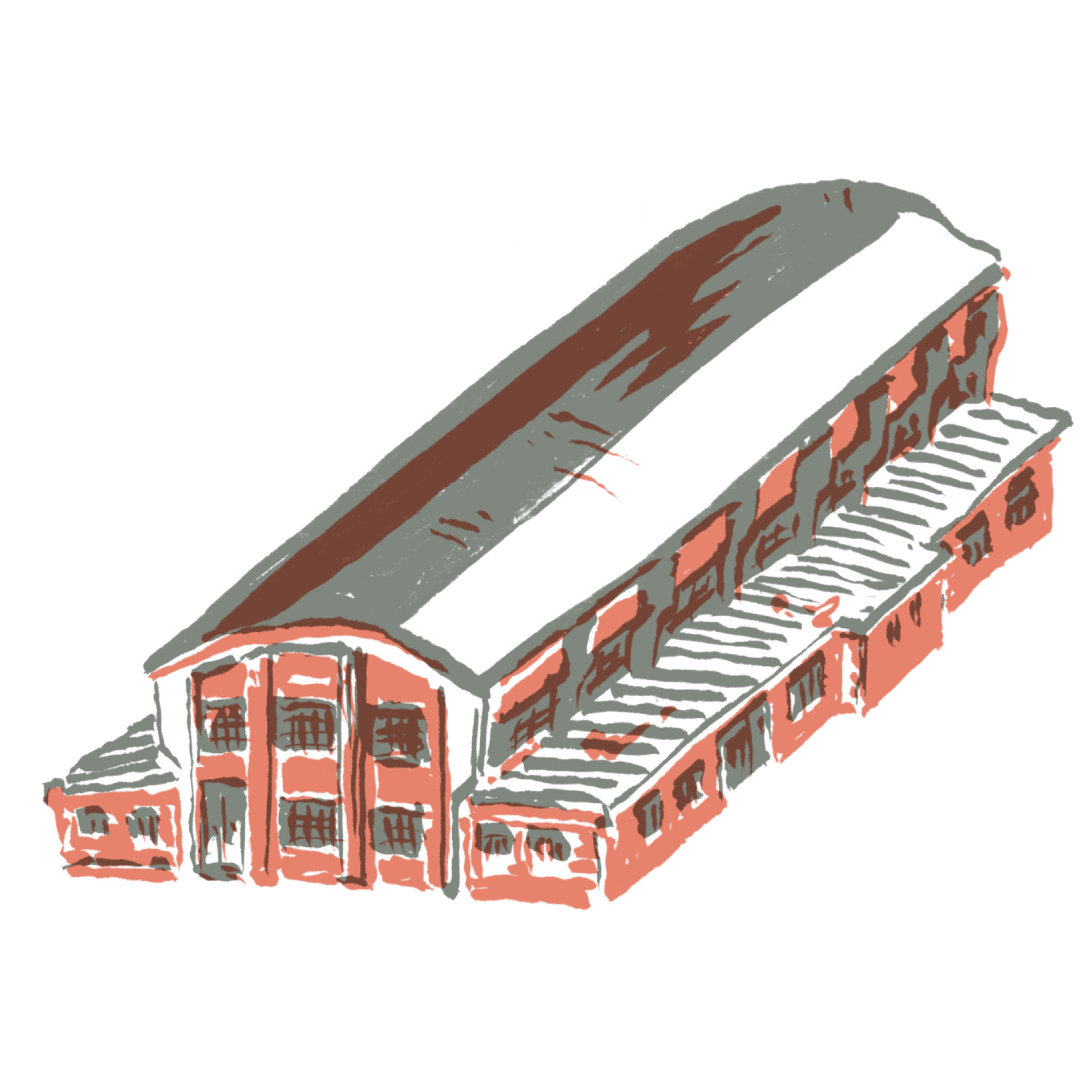 The factory premises form the core of the so-called New Zlín, which Tomáš Baťa began to talk about in 1923, when he came up with the first plans to build a modern city modelled on American company towns. The author of the master plan of the factory site was František Lýdie Gahura, who arranged the individual industrial buildings in parallel rows at generous intervals. A year later, in 1924, a new standardised construction system was developed, which in the future would fundamentally shape the appearance of factory buildings. Thanks to the advanced standardisation, typification, serial production and the use of modern machinery, the premises quickly filled with new production halls.

In 1932, the premises comprised over 40 buildings. In the first phase, three-storey buildings appeared, which were soon replaced by five-storey ones for reasons of capacity. These larger operations were complemented by low hall constructions adhering to a regular factory grid. Like the other buildings on the site, the halls were to be completed at the lowest possible cost. As with all standardised buildings, the production halls were simple utilitarian buildings, most often based on a 6.15 × 6.15 m construction grid. Unlike multi-storey buildings with plenty of daylight, production halls were designed to meet the specific needs of individual operations, and therefore may have had different roofs or different interior layouts.

Between 1930 and 1934, twelve new halls were built, predominantly in the western part of the premises (numbers 53, 94, 152, 133, 61, 81, 134, 82, 164, as well as the compressor room building and the hall for the gas plant). Production halls most often functioned as machine shops, which produced the company's original shoemaking machines or modified machines purchased abroad to meet the needs of the company.

Many of the factory halls have not been preserved because they gave way to new constructions, but some are in use today. Building No. 74 was completed at the turn of 1930 and 1931 as an engineering plant. A year later, it was supplemented in the neighbourhood by building No. 73, which was also used for the production of machines. They were conceived as interconnected symmetrical buildings with a central corridor with production spaces on both sides. The raised central part of the hall was covered by a barrel vault, the lateral lowered parts of the hall were finished with a (unusual in the factory premises) shed roof. As with other buildings, the concrete skeleton frame was complemented by face brick infill and generous glazing.

The operation of the building required the installation of a crane on the rails. To accommodate it, the supporting columns in the central part were extended over the side sections, thus creating the characteristic silhouette of the façade. The building is 10.5 m high, 27 m wide and consists of eleven transverse modules of 6.15 m each. Like most factory buildings, building no. 74 had an annexe with cloakrooms, a substation and toilets. From the construction statistics that the Baťa company kept for each completed building, we also learn the financial costs - they amounted to CSK 981,339.

Despite the fact that the hall was a purely utilitarian factory building, the company's aesthetics of red bricks, loadbearing concrete parts and wooden white painted details are clearly recognisable. To this day, it is used for production purposes, only the main entrance has been relocated to the west side. The building is uninsulated and its character has been preserved. 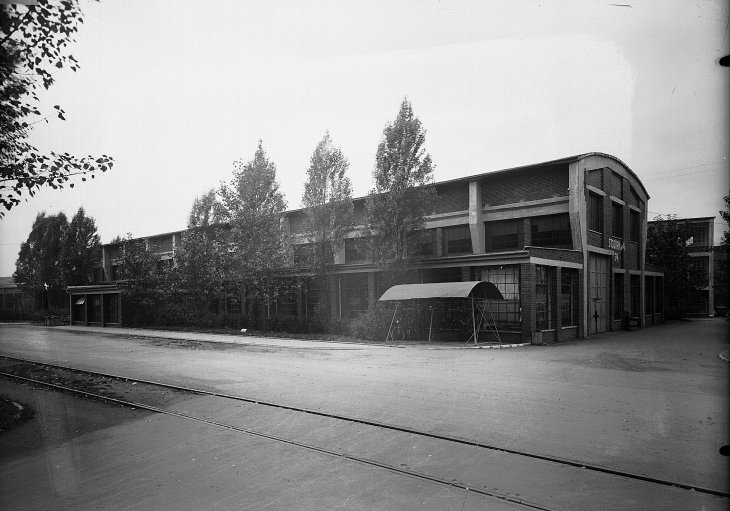 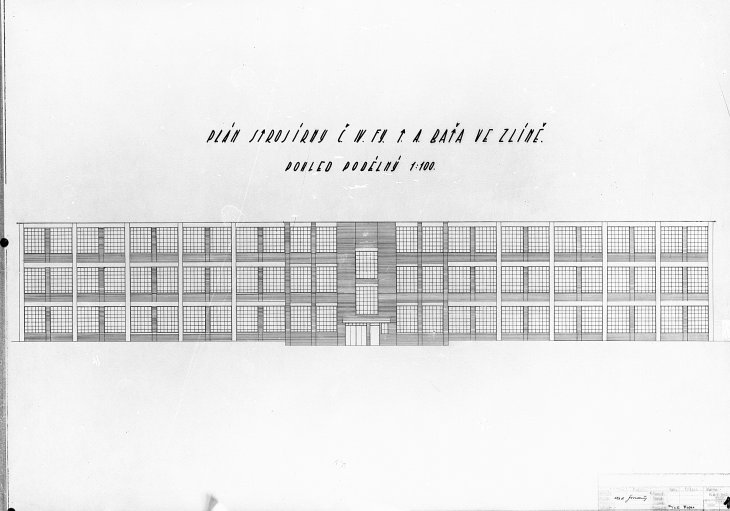 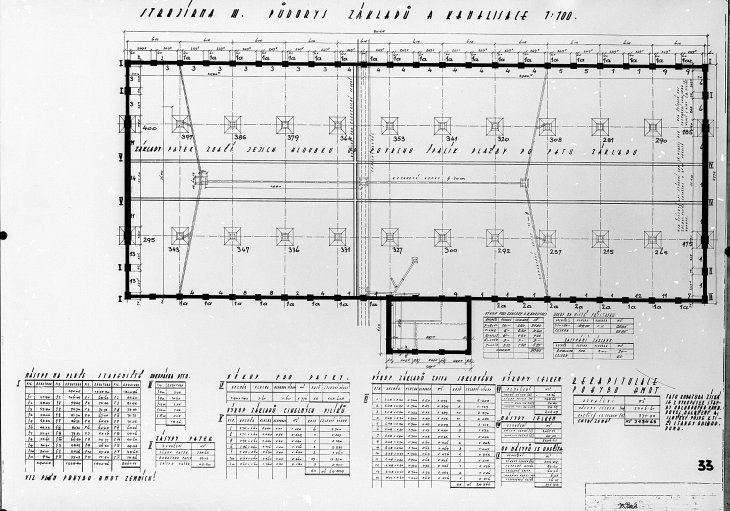 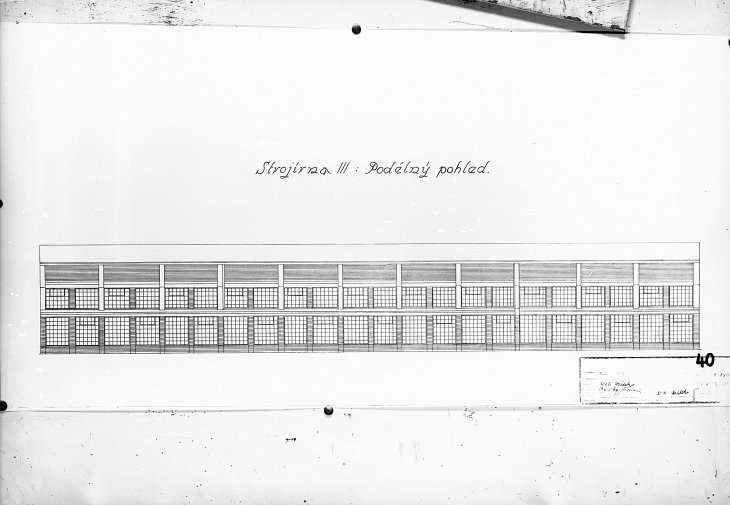 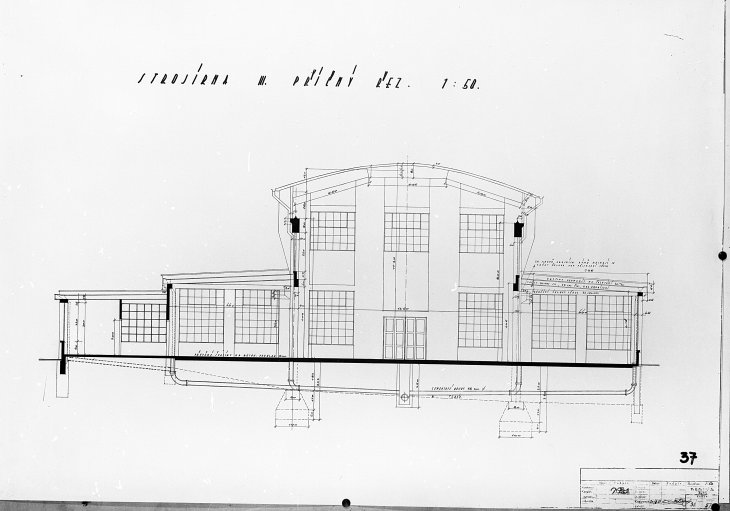 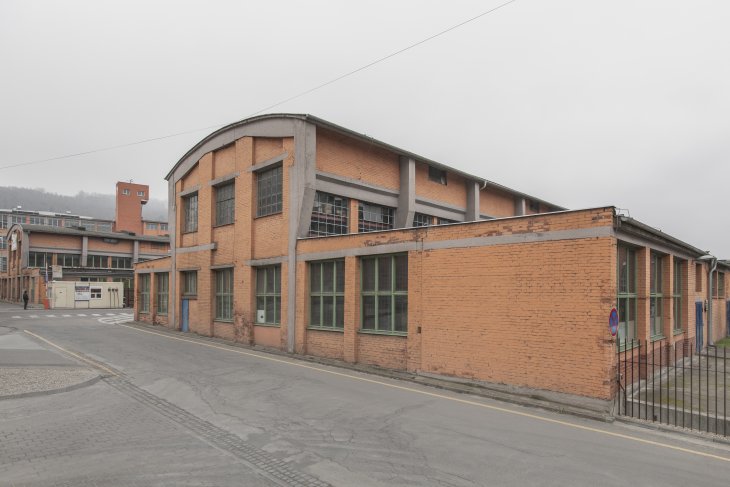 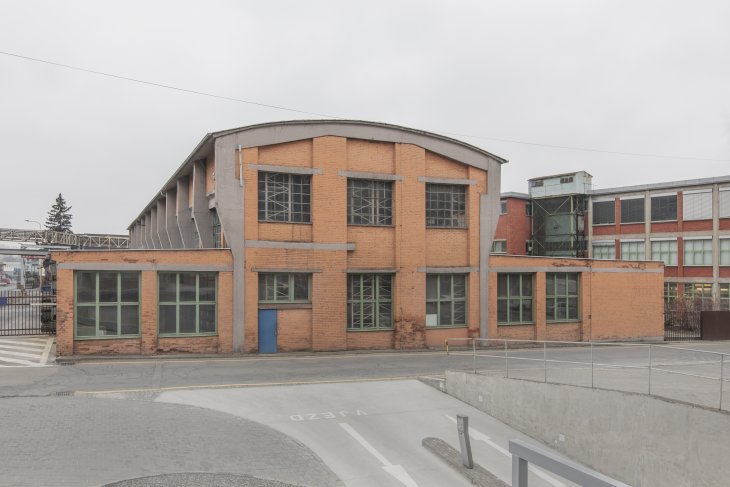