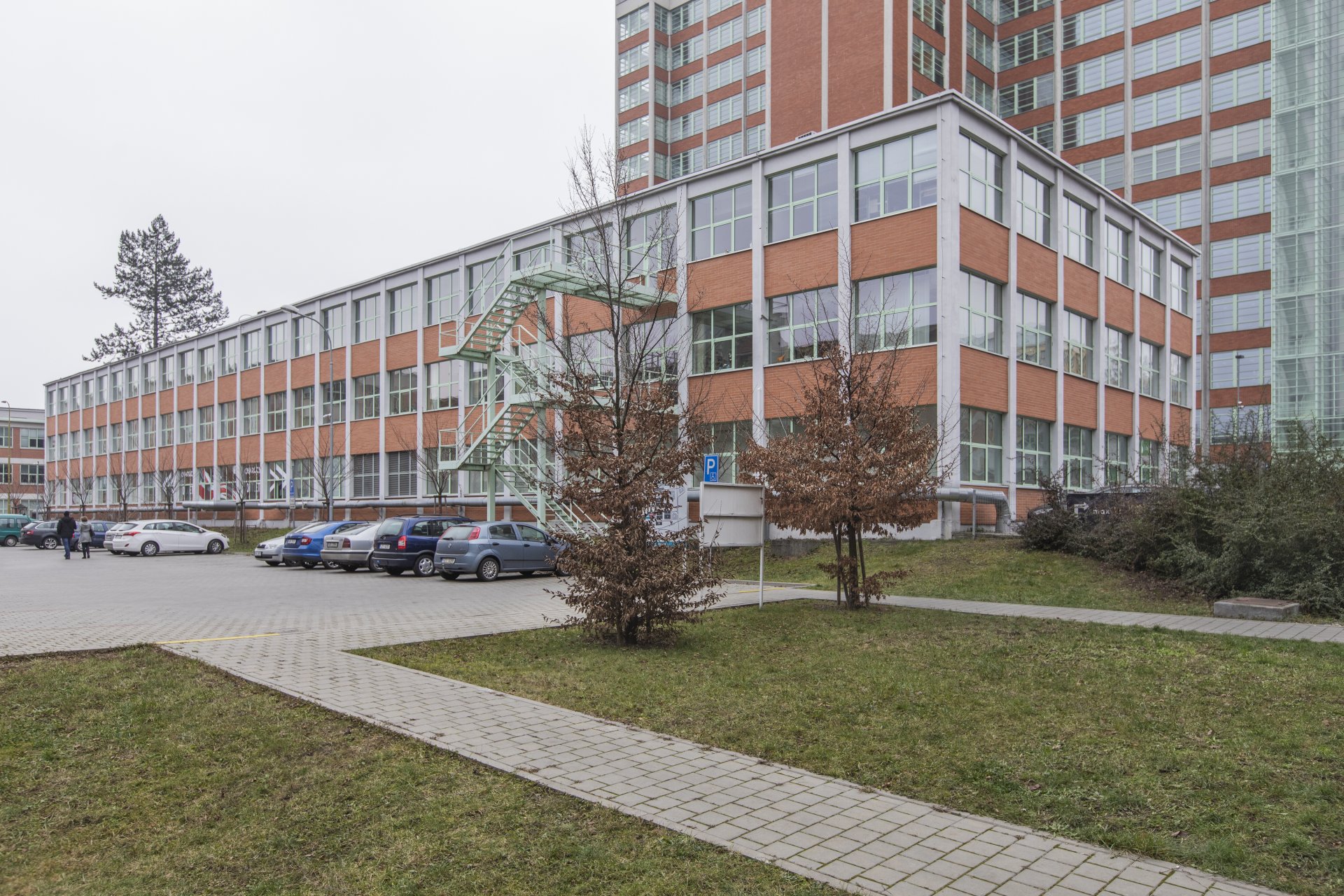 The establishment of Czechoslovakia in 1918 meant a sharp decline in commissions for the Baťa company, and thus a slowdown in construction activities within the complex. Over the next five years a concept for further development was prepared, the result of which was the overall master plan by the corporate architect František Lýdie Gahura, completed in 1924. Baťa's factory district with wide asphalt roads and concrete sidewalks, around which buildings were situated in parallel, became a model industrial complex with a sophisticated system of transport logistics, as well as an efficient way of construction with the principles of standardisation and standardisation and typification. The original three-storey brick buildings with a wooden roof and arched windows built since 1906 near the station were replaced by modern skeleton frame buildings of a new type.

Building No. 22 was built in 1926–1927 as one of the standard three-storey buildings, which filled the factory premises in regular rows. The basis of the three-storey building is the structural module with a span of 6.15 × 6.15 metres, which was based on American units of measurement (20 × 20 feet). The building had a volume of 13 × 3 fields, face brick masonry under the windows, large steel window frames, and a flat roof covered with roofing cardboard. It was a classic three-story building with a central corridor and parallel production workshops. To the south (longer) side of the building an extension was added spanning three floors, in which there was a u-shaped concrete staircase, side rooms with changing rooms, washrooms, and toilets.

The "Hennebique" beam system with a 6 cm thick roof slab was used for the ceilings, on which there was a 2 cm cement screed, serving as a floor. A typical feature of the system, invented in 1898 by the French engineer François Hennebique, is the consistent monolithic nature of the entire structure, which, from the point of view of load-bearing properties extremely increases the rigidity and capacity. However, in Zlín this capacity was sometimes impaired by the use of poor quality materials - specifically clay gravel from Dřevnice, which was also used in the construction of building No. 22, as an effort to reduce overall costs, demanded by the client.

As a result of using inferior materials, the building soon faced construction defects, which were further amplified by the dynamic repetitive effects of the operation of shoemaking machines. As early as 1937, it was necessary to replace some of the ceiling slabs in the western part of the building. An in-depth inspection in 1941 revealed the poor structural properties of the building, which had gradually deteriorated. This was not helped by the overloading of the ceilings above the permitted limit.

In 1942, another in-depth inspection of selected buildings took place in the factory complex, in order to identify those to which a superstructure could be added in the future. Thanks to this, we have information on the technical condition and use of many factory buildings. In the building no 22, uppers and sole manufacturing took place on the first floor, while the second and third floors were used for the production of ladies' and children's footwear. Due to the poor structure of the building, it was intended that it be used only for the next six years, then demolished. This did not happen, however, and the building remained intact, the shoe workshops being replaced by offices and warehouses after 1948.

Building No. 22 is now used as a background for retail and office spaces, the facade is insulated and the windows have been replaced. The basic material of the three-storey factory building has been preserved, except for the technological superstructure on the roof, and together with the surrounding buildings in the decimal and vigesimal rows, it recalls the buildings of the 1920s. 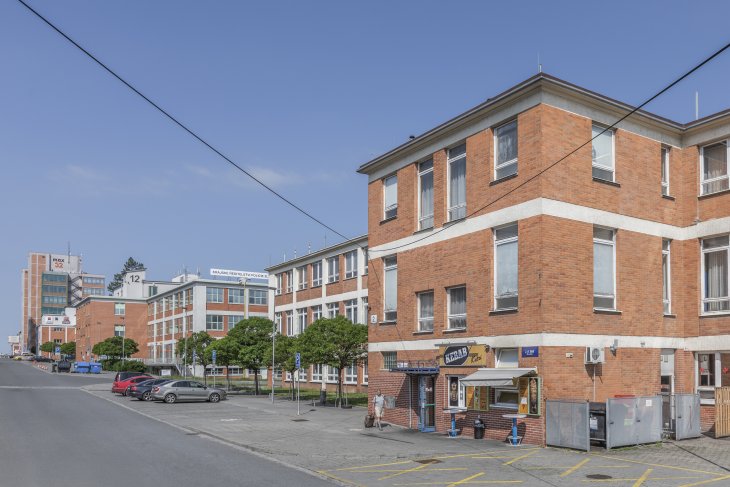 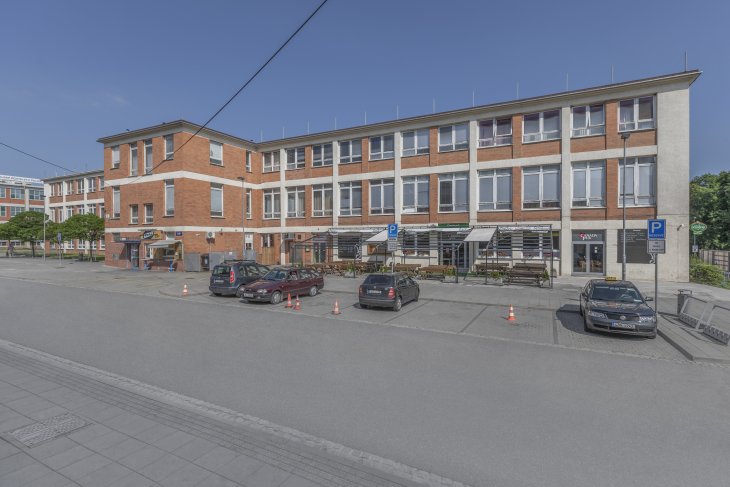 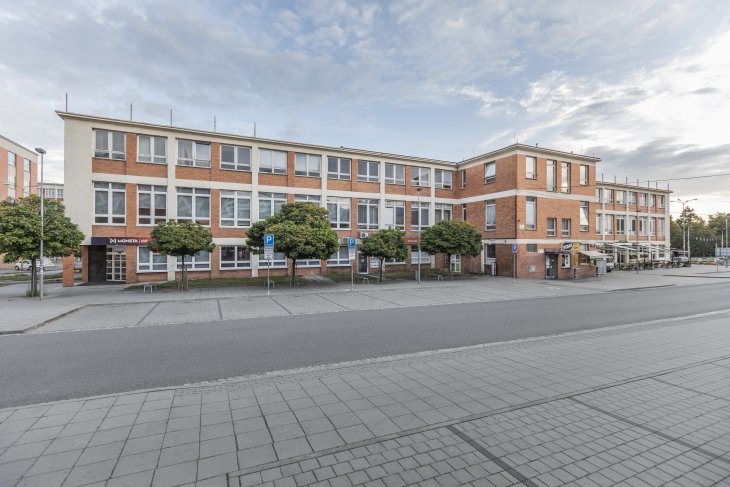