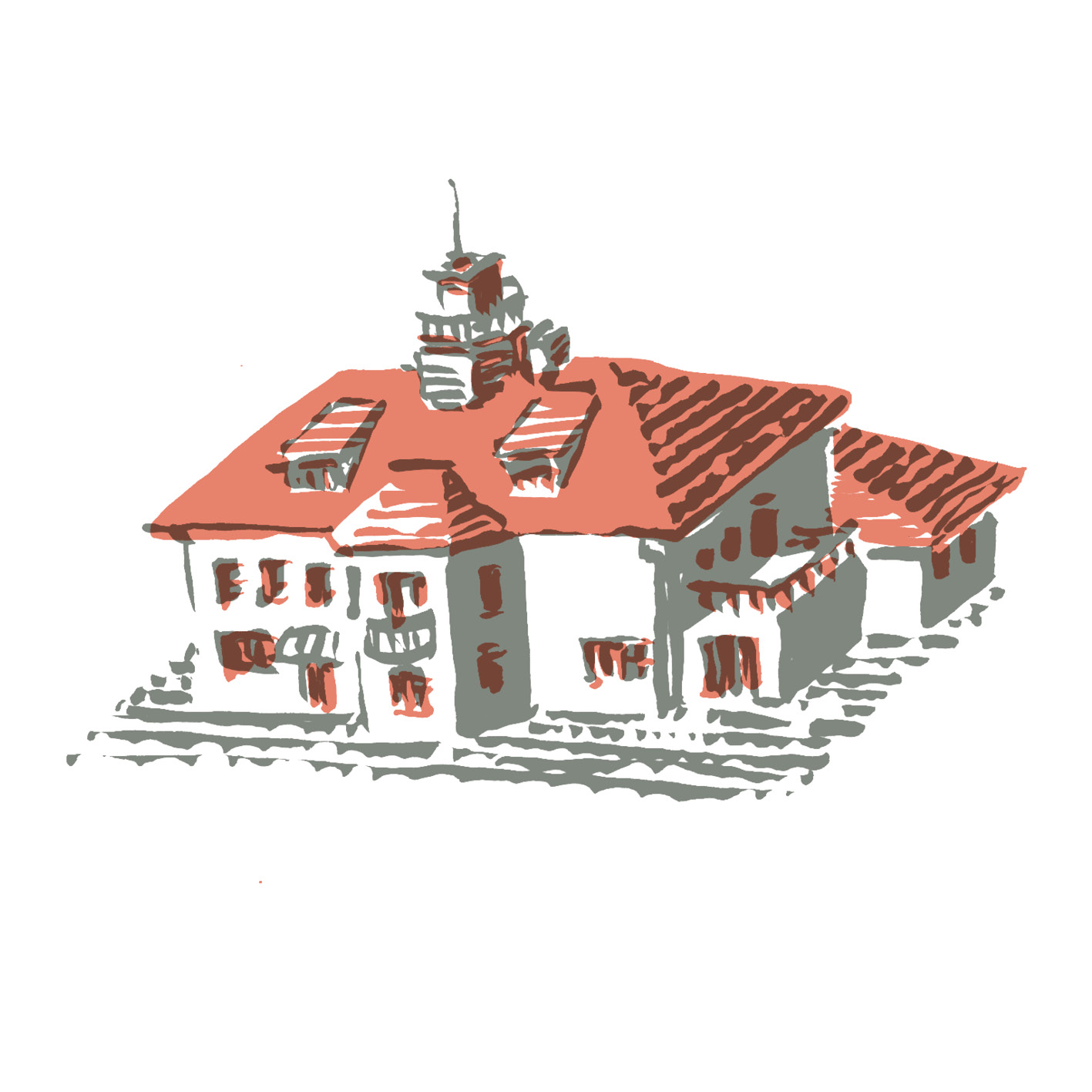 The Villa of Tomas Bata is one of the most important historical monuments in Zlín. The work of architect Jan Kotěra represents an excellent example of early modernist villa architecture. The villa was built by Tomáš Baťa in 1909–1911 as his family residence. According to the plans of the Vizovice builder František Novák construction works started in the Spring of 1909. However, Tomáš Baťa soon asked a prominent Prague architect, professor of the Academy of Fine Arts Jan Kotěra, to rework the original design. The house is thus a synthesis of contemporary neoclassicism and the popular concept of the English type of family house. The cooperation with Kotěra which began with the villa project resulted in Kotěra's taking on the role of company consultant for architecture and he was the author of the master-plan for the Letná residential district.
The plot of land is located north of the railway line near the river Dřevnice, and Kotěra had to take into account the possible risk of floods when designing the exterior. He eliminated this risk by creating a terrace that is directly connected to the living space and extends it outside, but at the same time, thanks to its elevated position and brick parapet, separates the house from the garden through corridors terminated by pavilions. Kotěra tried to simplify the exterior of the villa and give it a more compact shape.
The ground floor of the villa was used for active family and social life. The spacious living room was adjoined by two wings - one served as a library and the other as a dining room. The men's lounge with a preserved decorative grille by the Prague sculptor Jaroslav Horejc was accessible from the library. The dining wing was connected to the kitchen and conservatory. On the first floor was the boss's office.
The ground floor is characterised by high ceilings and a central open space with a gallery, which connected the two floors. The open living space is dominated by large windows with stained glass, designed by painter František Kysela. A distinctive decorative element of the representative entrance room is a central brass chandelier. A double staircase leads from the ground floor. The first leads to the second floor, which served as a rest and relaxation zone for the inhabitants of the house.
Upstairs was a children's room, Marie Baťa's ladies room, a double bedroom with a bathroom and a dressing room, and a small room for a maid. There was also a guest room with a private bathroom. The second staircase for servants connected all levels of the house from the basement to the attic, and the back entrance.
Tomáš Baťa highly valued the cities, which with their garden character and green areas provided the inhabitants with the opportunity to relax in conditions of nature, which is why the garden around his private villa was large. The Prague garden architect František Thomayer contributed to its design. At the same time, the Zlín industrialist had trees planted behind the villa on a slope with narrow paths, along which it was possible to walk comfortably. Part of the slope behind the villa was also a spacious gazebo, which was used for afternoon and weekend siestas. Subsequent modifications to the garden and interior design of the house were performed by František Lýdie Gahura, Josef Štěpánek and Vladimír Karfík. The exterior of the villa was also complemented by the gardener's house and the caretaker's house, both according to Kotěra's plans. Later, stables, garages, an ice house, gazebos, fountains, greenhouses, hotbeds, and orchards were added. In 1938, Vladimír Karfík designed a swimming pool in the western part of the garden.
After the death of Tomáš Baťa, the villa continued to serve as a family residence and representative property, where Marie Baťová received business partners and important guests and maintained diplomatic relations.
After 1950, the house was nationalised and gradually rebuilt into a Pioneer movement clubhouse. It was severely devastated due to careless handling and additional interventions. The generous garden was crossed by a new road connecting the city centre with the newly built residential complex Jižní svahy.
After 1989, the villa was returned to Tomáš Baťa Jr. The renovation took place in the years 1996–1998 and significantly affected the original appearance of the building by changing the layout and the interior, especially on the second floor, where the offices are located today. The first floor was carefully restored - the original wood panelling, marquetry and fabric wallpaper, fireplace stove, brass chandelier, and marble tiles and floors were preserved. Throughout the villa, windows were replaced; window fittings and doors were replaced with replicas of the original ones. The retaining wall behind the villa earned the greatest criticism during the renovation of the exterior, as the original stone cladding was replaced by concrete. The garden pool was filled in, and the sidewalks that crossed the forest above the villa have not been renovated yet. Today, the Tomáš Baťa Foundation has its seat in the villa.
GK
More photos 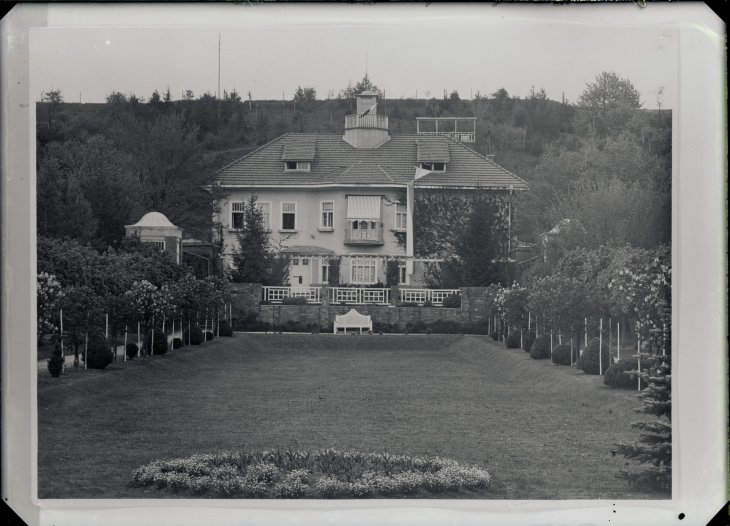 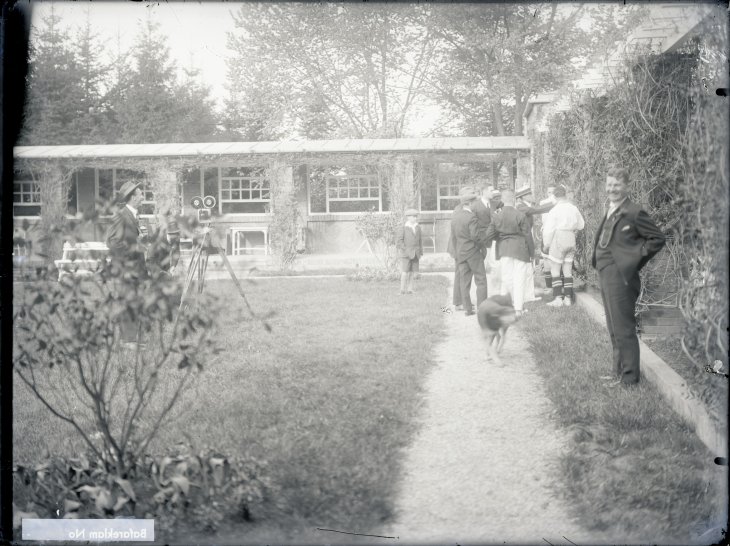 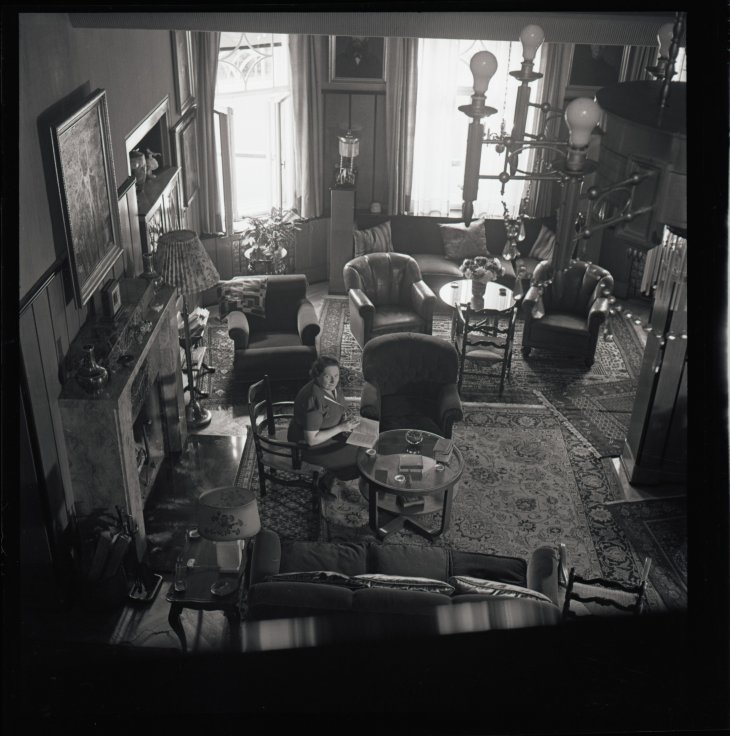 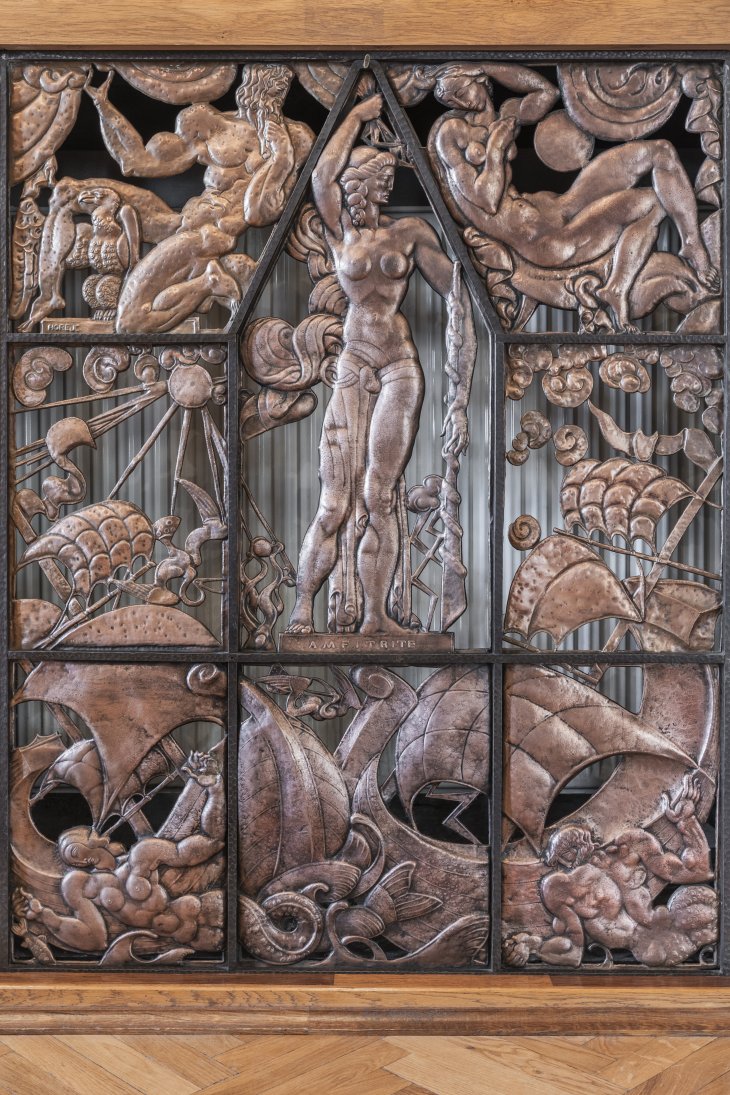 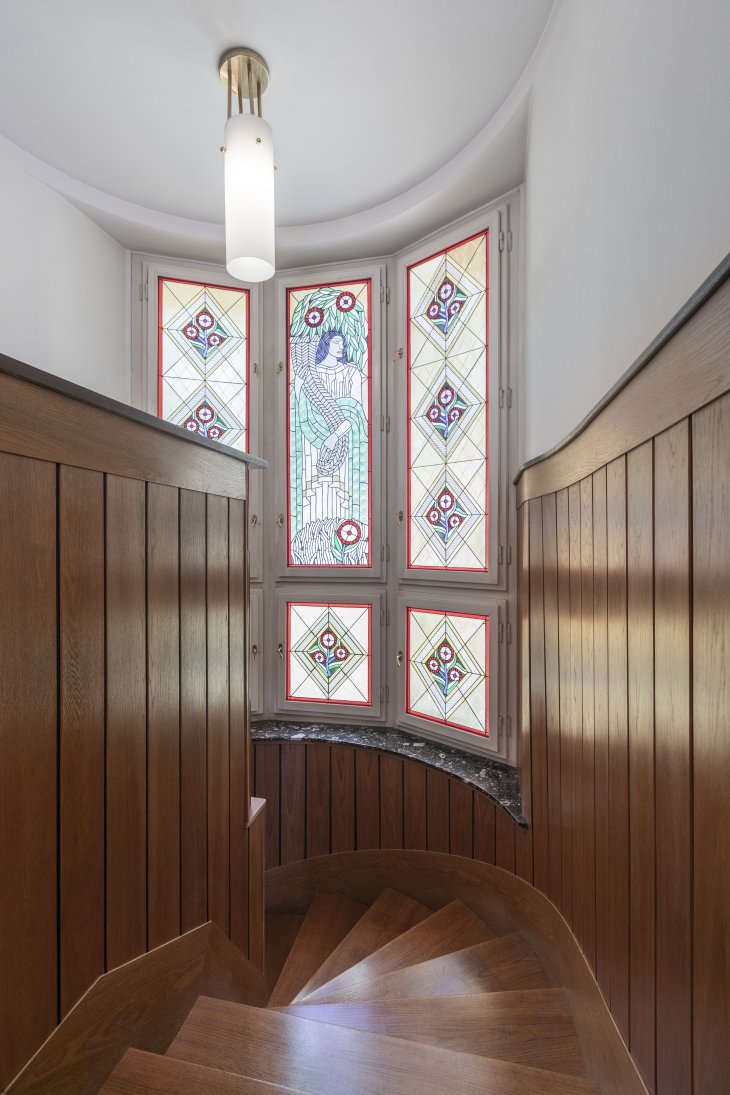 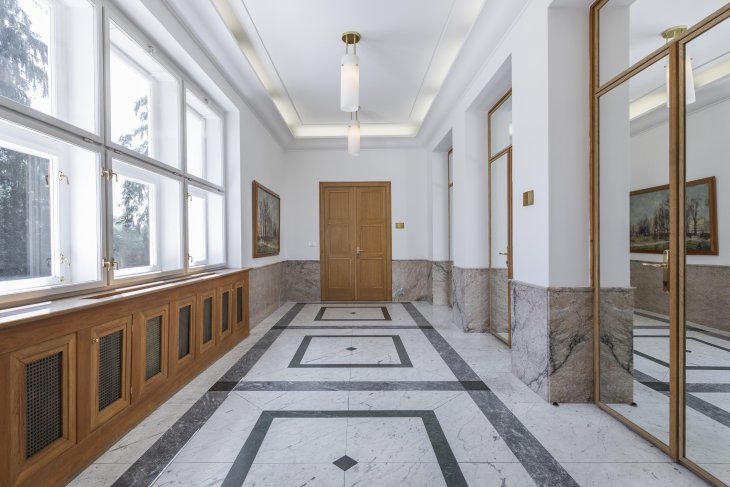 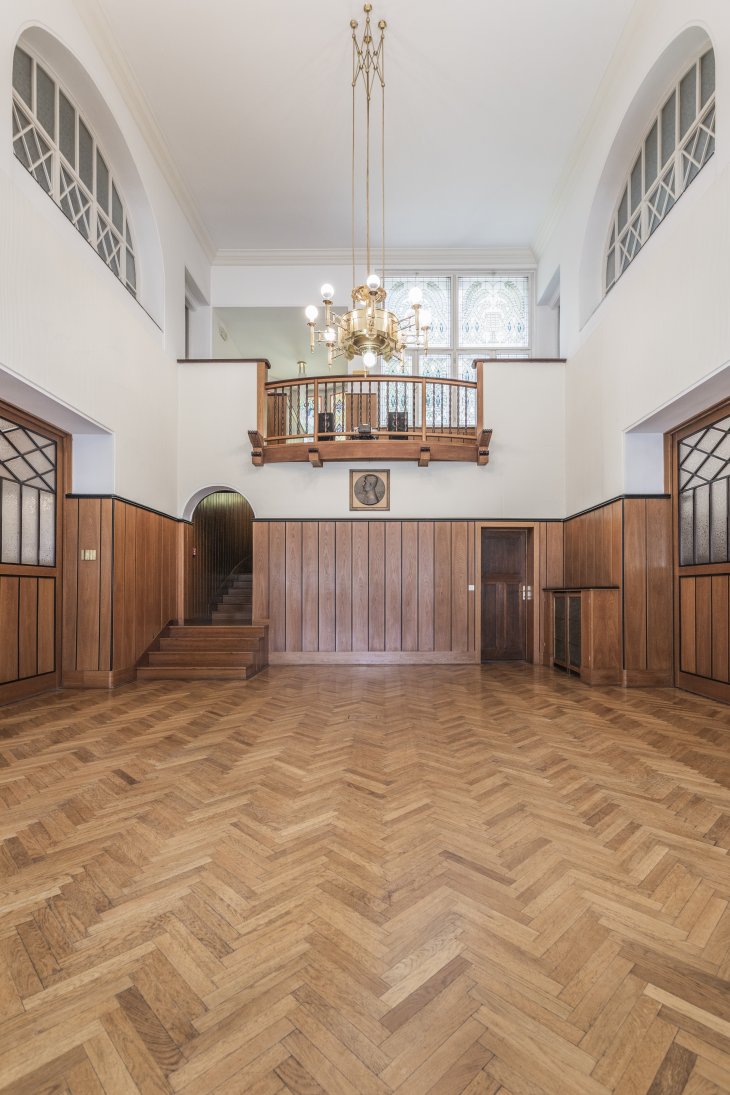 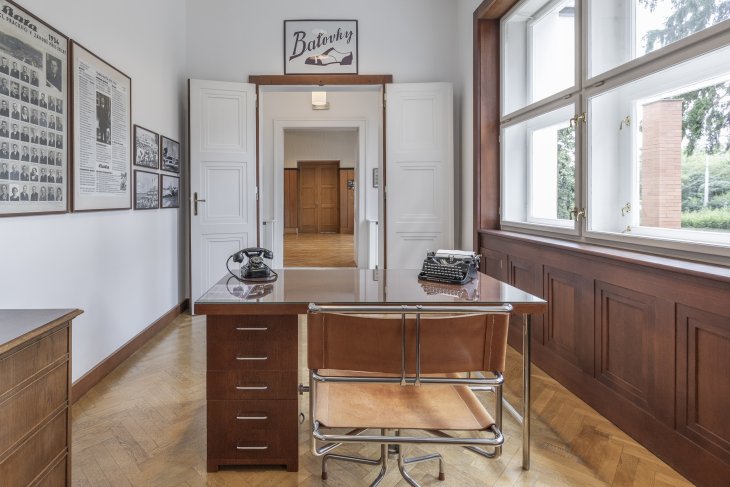 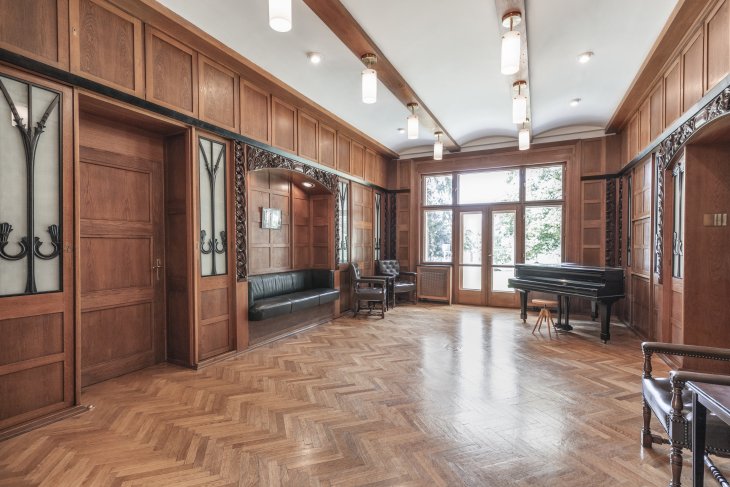 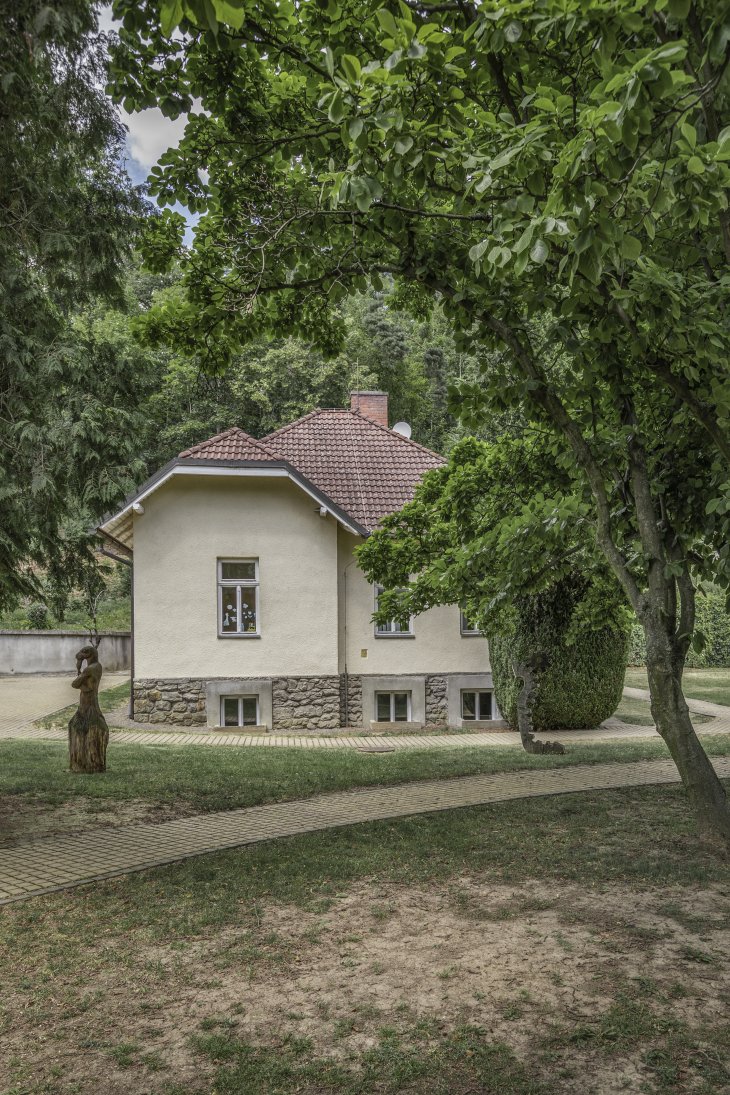 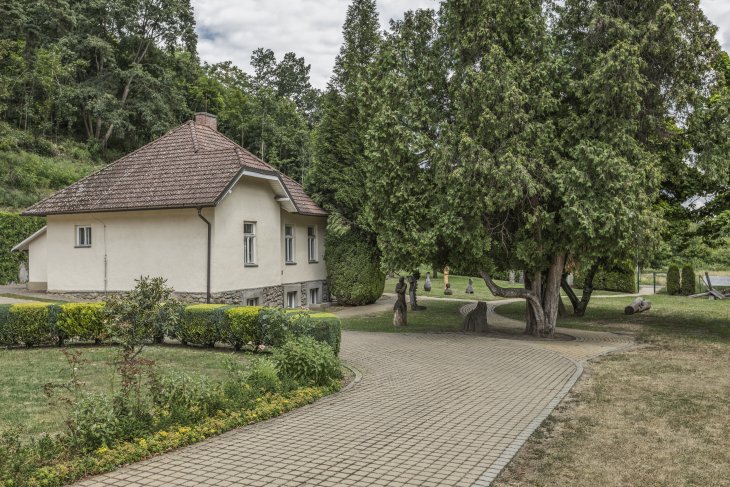 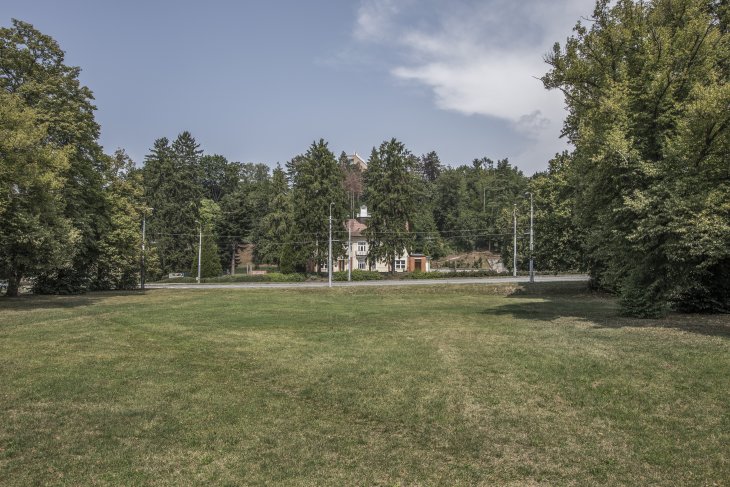 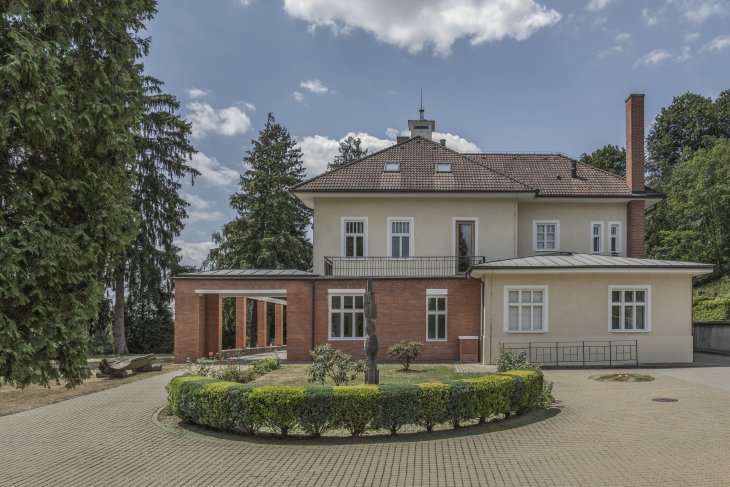 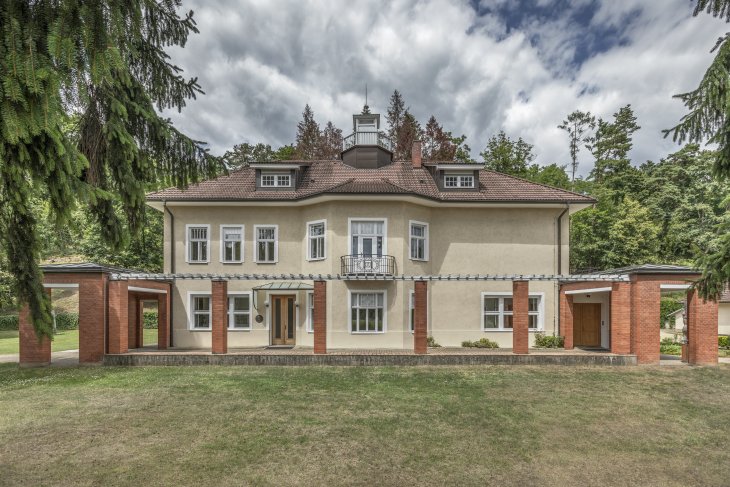