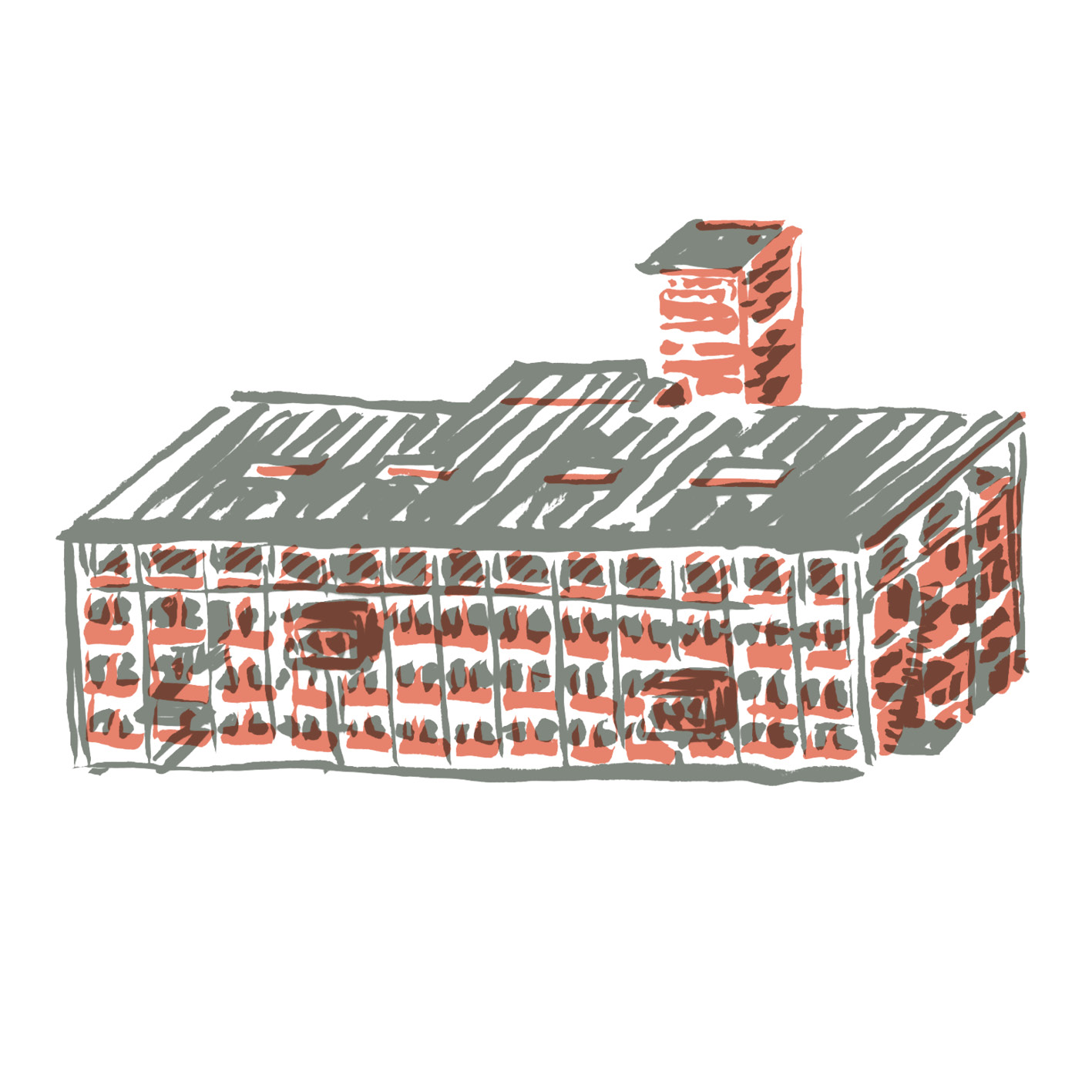 Building No. 23 is a standardised factory building designed by the Baťa Construction Department and completed in 1927. It is located in the eastern part of the production area and, like other factory buildings, is marked with the American numbering method expressed by parallel and perpendicular lines. Building No. 23 is thus the third building from the south in the second row from the east. This building with the standard factory layout consisting of a central corridor and workshops on both sides complements the chessboard master-plan of the industrial zone designed by architect František Lýdie Gahura. A system created by the French engineer François Hennebique was used in the construction of the building. As with other factory halls, the budget was important for Baťa. In order to reduce costs, low-quality clay, gravel, and sand from the Dřevnice River were often used. Consequently, the building soon faced structural and construction defects, which led to the disruption of the loadbearing properties of the building.

Building No. 23 was mainly used directly for the production of footwear. The archival documents record how the individual floors were used over the years. For example, in 1942, the ground floor was intended for sole handling, the first for the handling of uppers, while on the second and third floors there was a ready-made shoe workshop. In the same year, there was an in-depth inspection of the building and the poor condition of the reinforced concrete structure was discovered. For these reasons, the hall was to be used for only another six years and then demolished and replaced by a new, six-storey factory building. The planned demolition never happened, however. After the war, the operation of the building was adapted so that it would not be further overloaded. In 1955, for example, Svit company cartons, shoe wholesale and administration were located here. The building also includes an external elevator tower built in the 1960s, which is topped by the former elevator engine room.

Between 2005 and 2006, the original production hall No. 23 was converted into a business and innovation centre. The factory building changed to house modern offices, cafes and shops. Architects Pavel Míček and Pavel Mudřík had to deal not only with the poor technical condition of the building but also had to take into account its urban context. In order not to disturb the proportional balance of the surrounding buildings, the walls were removed on the fourth floor, where the damage to the structure was most pronounced, and only the skeleton frame was left. A light prefabricated office building with its own steel structure was then inserted into the unburdened floor space. The resulting terrace serves tenants of the offices and resembles terraces that were accessible in the 1930s, for example in the administrative building No. 21 and in the Social House Hotel (now the Hotel Moskva). Building No. 23 has a standard layout (offices-corridor-offices), and the new spatial concept of the interior is based on the central corridor, which is lit by ceiling skylights located on the 3rd floor. A new feature indicating the contemporary input of the architects and the changed operation of the building are four tubes cantilevered from the main volume of the building. In them there are offices with generous glazing, lined with pre-corroded sheet metal. This unique design sets the building apart from the surrounding buildings of brick and concrete.

The original form of the building has remained legible, while the new elements are clearly recognisable in the interior (black steel elements reinforcing the original concrete structure) and exterior (emergency staircase on the east side). The surroundings of the building are also sensitively designed, where mature greenery remains and the resulting ground floor serves as a public space. The renovation of building no. 23 can be counted among the successful examples of the conversion of a production hall into a contemporary administrative building. The building is open to the public. 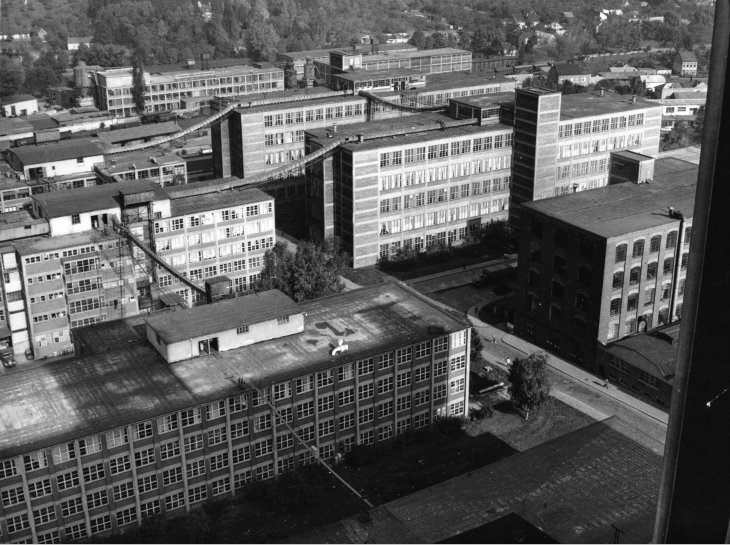 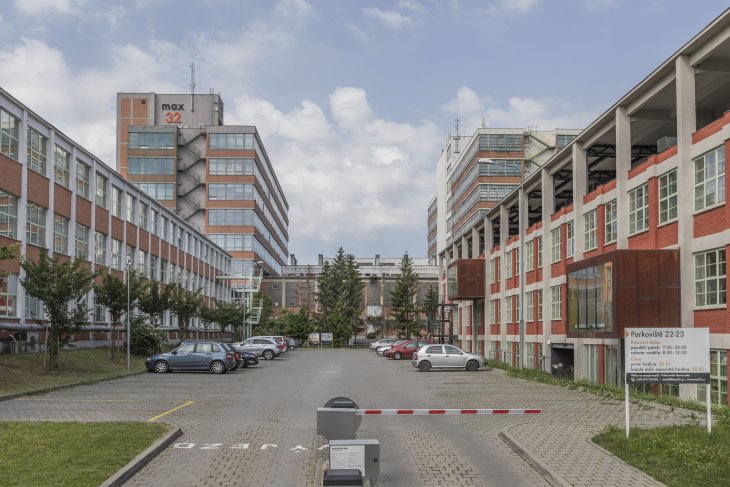 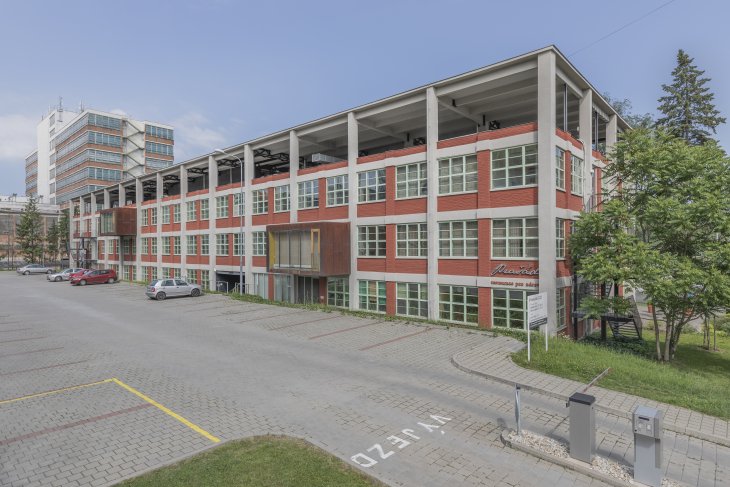 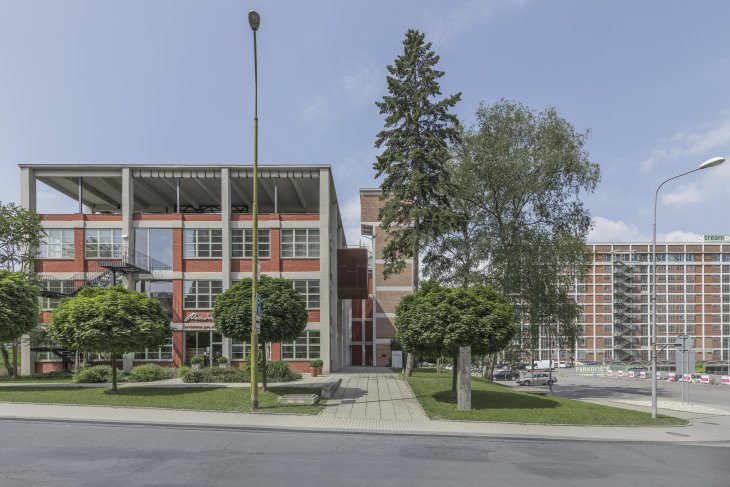 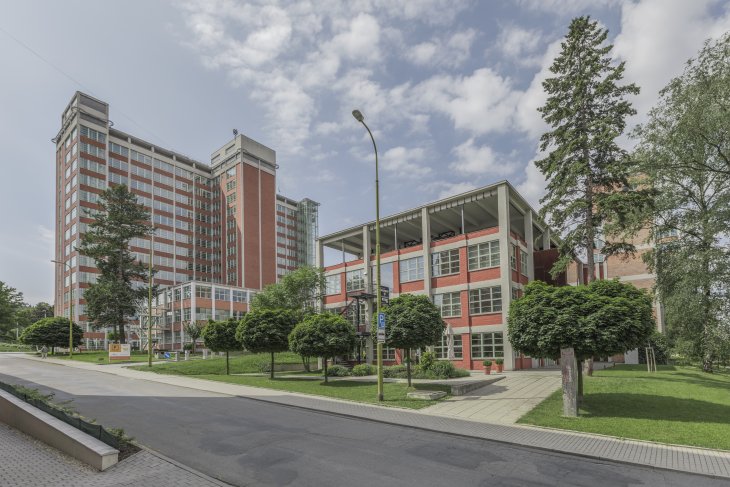