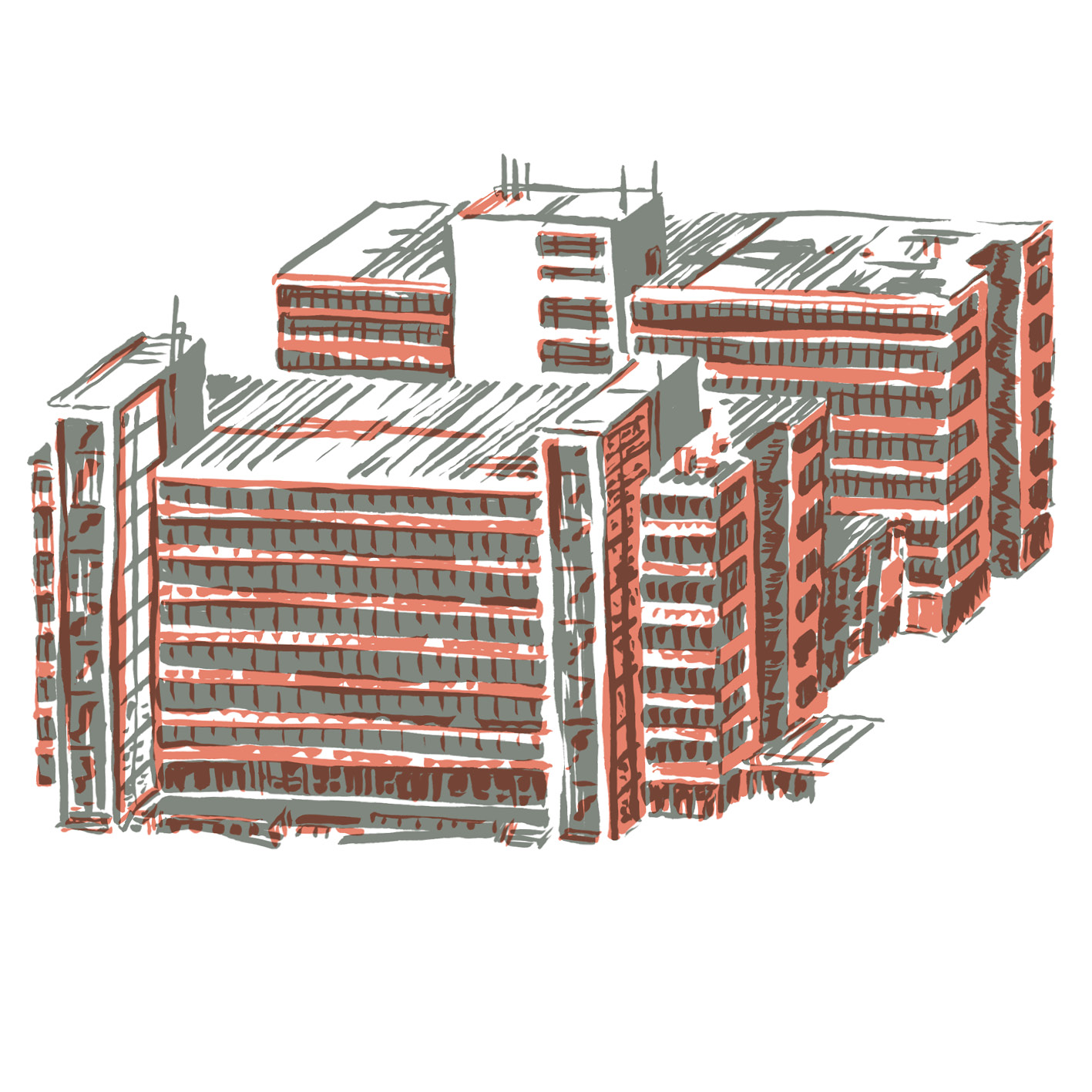 Buildings number 32 and 33 were, next to the central shoe store number 34, the largest and highest-quality construction project in the Zlín factory premises after World War II. The silhouette of these two distinctive buildings in the eastern part of the factory near the 21st office building is a feature of the cityscape itself. The buildings by architect Ivan Přikryl creatively develop the traditional typology of multi-storey buildings for shoemaking in Zlín, which were initially designed by architects Jiří Voženílek and Vladimír Kubečka. They are interesting from a design point of view.

After the bombing of Zlín in 1944 and the subsequent fire, only a skeleton remained from the large central ten-storey storage facility with numbers 32 and 33, which had to be removed. In 1950, a central transformation station and an electrical substation for a newly built rubber rolling mill were built on the vacant plot. In 1966, it was decided that the vacant area would be used for three new buildings. It took a long time, almost twenty years, from the first studies to the completion of the entire complex. When designing, it was necessary to respect the existing buildings and the relationship to the surrounding buildings.

In the first phase, a ten-storey 33rd building was completed in 1971, which was to serve as a central chemical warehouse. It was 42 m high with floor dimensions of ​​77.4 × 22 m. Raw materials for the secondary rubber rolling mill (factory building no. 43) were stored here, which provided a continuous supply. On the ground floor, it was possible to dispense material very quickly directly to the railway and car covered loading ramp. On the second floor were locker rooms and washrooms for employees, laboratories, and a control room. On the third to ninth floors, there were large storage areas with necessary facilities. The vertical transport of material was provided by five elevators. Today this building, equipped with two outdoor fire escape stairs, is used for storage purposes.

In the middle lower part of the complex, which connected the two high-rise buildings, there were repair operations with an area of ​​37 × 50.7 m, where workshops were concentrated to ensure the repair of machines and technologies used in the factory. It also functioned as a warehouse for spare parts. Mobile hoists and bridge cranes were available on the floors for repairs. Ventilation chambers, as well as skylights, were concentrated on the roof.

During the construction of both buildings, a new technology of raised ceilings from 20 cm thick reinforced concrete slabs was used. The vertical load-bearing structure consisted of steel columns lined with concrete cladding with a span of 6.15 × 6.15 m as in the standard company buildings. The slabs are connected to the columns by means of prefabricated reinforced concrete capitals. The floor height was 270 cm in the basement, 512 cm on the ground floor and 450 cm on the other floors. The means of expression, modular rhythm, colours, continuous windows, used materials, and face brick masonry characteristic of the area were preserved.

For technological reasons, it was necessary to remove one row of steel columns after lifting the ceiling slabs to ensure passage on the ground floor, which was made possible by the suspension structure, which supports three floors above the removed columns. The construction was designed by architects and specialists from Centroprojekt and carried out by the Průmyslové stavby national enterprise, Gottwaldov.

Repair shops combined the 33rd building into one unit with the 32nd building intended for shoemaking and rubber production. This building is characterised by two distinctive stair towers. It has nine above-ground and one underground floor and floor dimensions of 77 × 22 m. Despite housing different operations, the 32nd building was designed with regard to the two adjacent buildings from the first stage of construction almost identically, in terms of its plan, height, construction, and material.

The three-wing building again has a load-bearing structure of reinforced concrete and a system of raised ceilings on a 6 × 6.15 m module. The construction height of the floor is 450 cm. Service and hygienic equipment was placed in the end sections. The stability of the building is ensured by two distinctive reinforced concrete cores. The perimeter cladding of both buildings consists of continuous brick window sills and double glazed windows. The external window sill linings were unplastered and made of grey masonry, while the walls of the warehouses were partly plastered.

After the end of shoemaking production, a number of floors were rented in the building. On the 4th floor there was a dining room and on the 8th floor the Svit corporate archive operated. In 2012, the conversion of building number 32 began into a multifunctional building with shops, services, loft apartments, modern office space, and a fitness and wellness centre designed by architects Vít Máslo, David Chisholm and Evžen Duba from CMC Architects studio in cooperation with Graffiti Networks. The new complex is called Max 32. The flexible floor space allows for open or partitioned layouts. On the ground floor there is a regional branch of the Czech Post, shops, and offices. The multifunctional conversion combines work, living, and entertainment while providing maximum comfort to tenants. 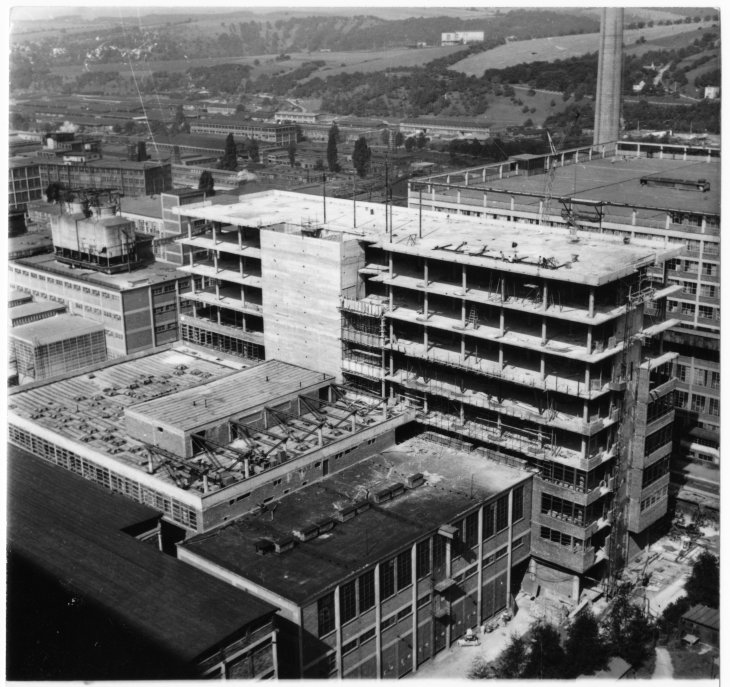 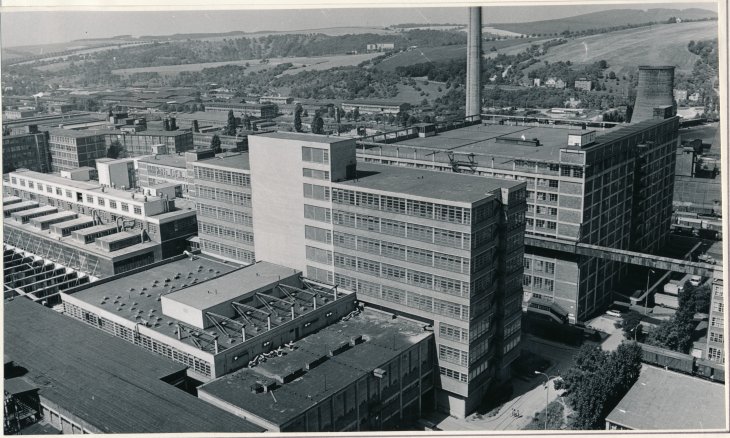 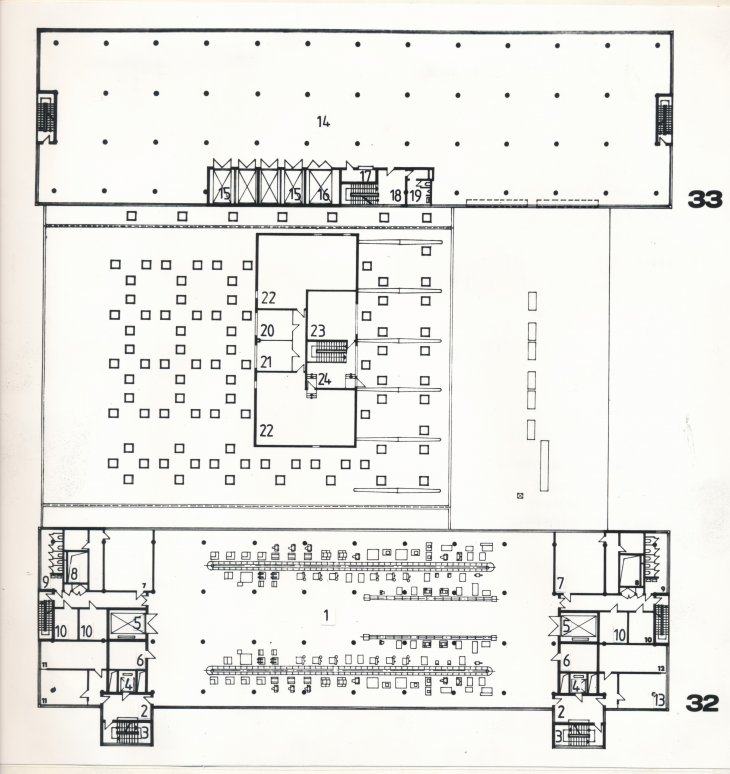 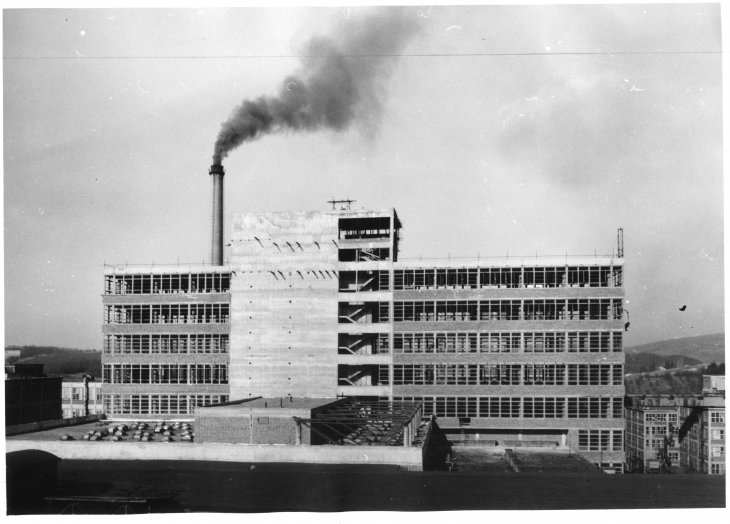 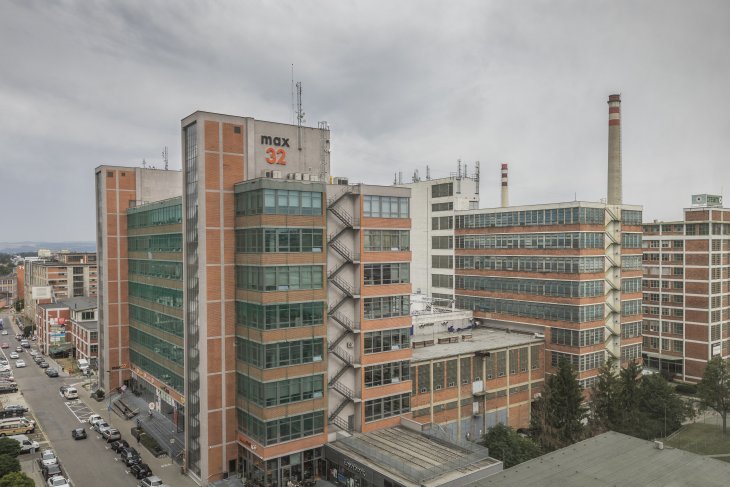