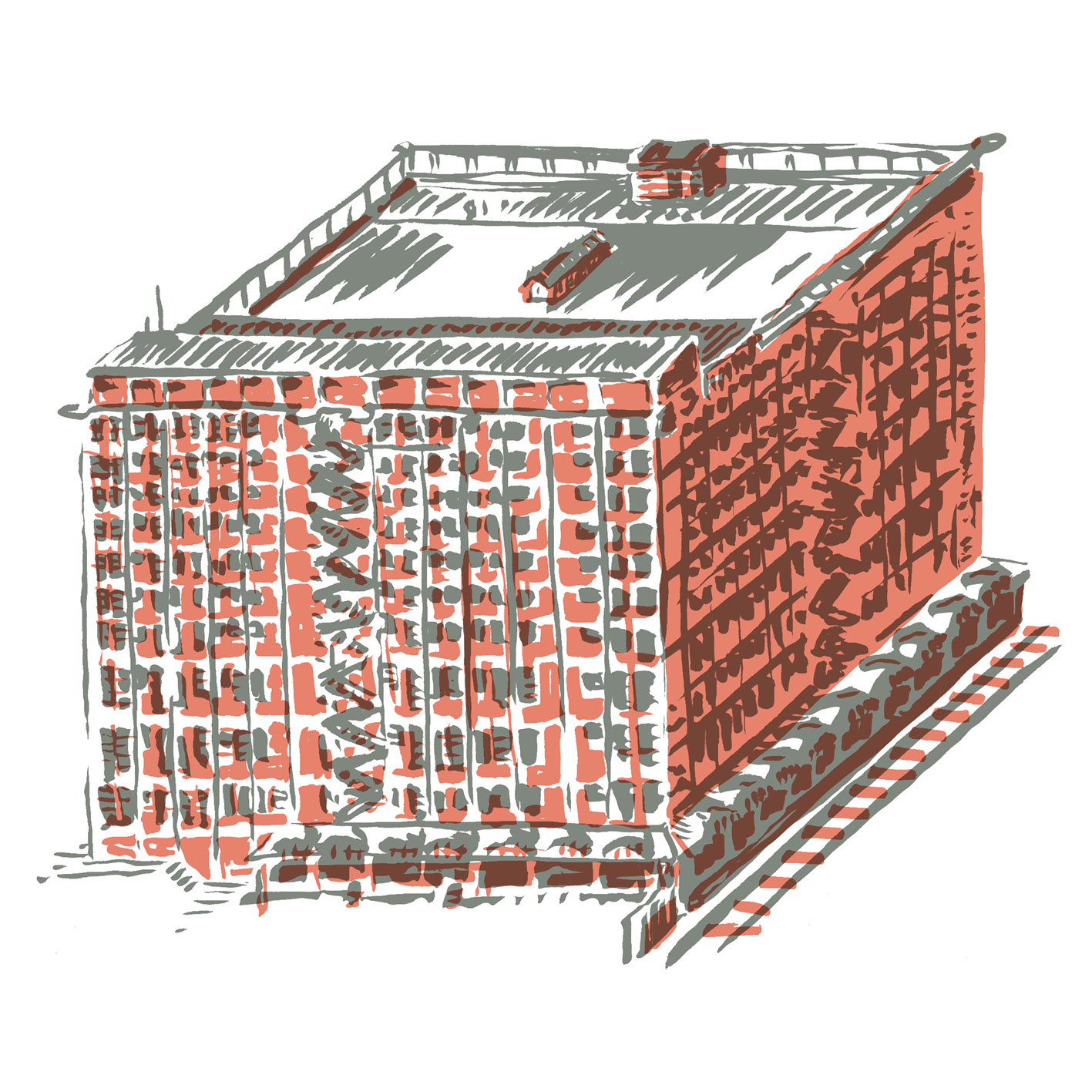 The development of Zlín and the factory complex, which has been closely connected with the Baťa company and its activities since the beginning of the 20th century, was interrupted by World War II. During the bombing by the Anglo-American Air Force, one of the factory's high-rise landmarks, the central shoe store number 32 and 33, was hit and destroyed by fire on November 20, 1944. After the war, it was necessary to remove debris, and to resume construction and all production. A comprehensive study of the development of the entire Zlín region was created.

Architect Jiří Voženílek made a master plan for the reconstruction of the nationalised factory premises. In its eastern part, he located buildings for the production of leather and rubber footwear and warehouses for raw materials and products. One of the most interesting buildings of this period is the central ten-storey shoe store number 34 by architect Vladimír Kubečka, who had worked in the Baťa Construction Department since 1936. The warehouse was built in three stages from design in 1947 to completion in 1955. In 1949, in the first stage of construction, only four modules were completed due to economic reasons. This was one third of the planned building. The perimeter wall was temporarily closed and this part of the warehouse functioned while construction continued. This first phase was captured in the period propaganda film Botostroj.

The new central warehouse was located between the facilities for the production of leather and rubber footwear and the project was the first Czechoslovak attempt at modern storage technology with a well-thought-out organisation of internal transport and a system of wagoning of finished products. The design of the heliport on the roof of the building also testifies to the advanced technical equipment in place. Its primary role was as a connection with the company's airport in Holešov.

The monumental warehouse, with dimensions of 78 x 72m, has a reinforced concrete plastered skeleton with a modular network of 6 × 6 m with monolithic columns, girders and stairs, and face brick walls under the windows, and pillars between the windows. The roof is finished with a reinforced concrete ledge with a track for a mobile hanging basket for cleaning windows.

Escape stairs were placed in the middle of all facades as a dominant feature. The loading ramp is covered by a distinctive plastered arched thin-shell roof. On the first floor was a handling area with a track and a ramp for handling wagon and car consignments. In the dispatch warehouse, the products were unloaded using trolleys on an oval track. On the other floors were warehouses serviced by carts. The office on the tenth floor had flexible partitions. Vertical transport was ensured by freight elevators in the corners of the building.

The author of the central warehouse, architect Vladimír Kubečka, was one of the important corporate architects who, after 1945, successfully continued the interwar building tradition of the Baťa company. He designed the most modern warehouse building in Czechoslovakia with mechanized operation and a flawless layout, and building number 34 is today an important architectural monument. He designed another factory building in Otrokovice-Baťov the following year. Kubečka's tannery (1948–1951) was again remarkable for its structural elements designed and implemented in collaboration with Professor Konrád Hruban.

After 1989, the former central warehouse began to serve as a logistics center for companies. It is now the headquarters of CREAM Real Estate, which has a large office space on the top floor. Due to reconstruction based on the requirements of the new owner, the windows have been replaced and the rhythm of the facades has changed. 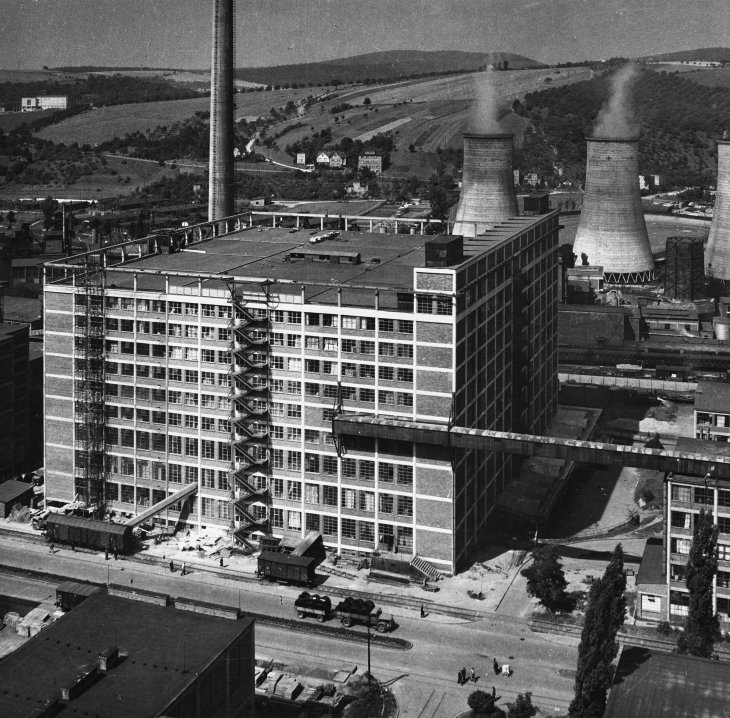 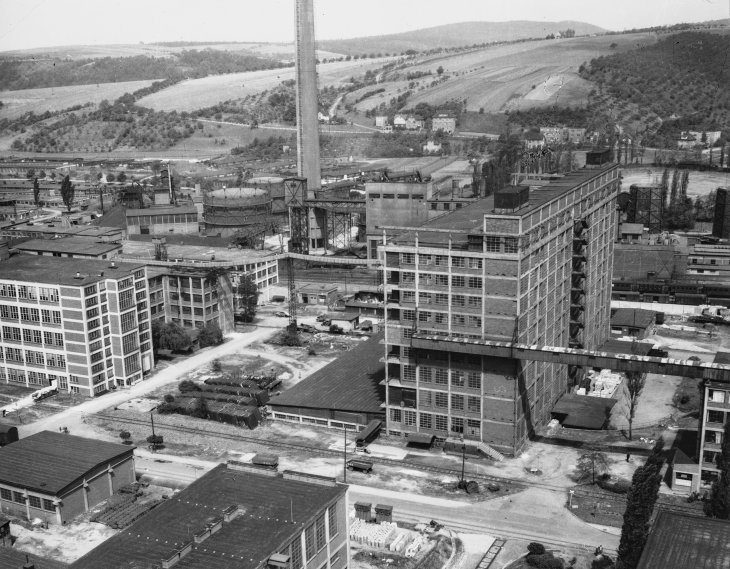 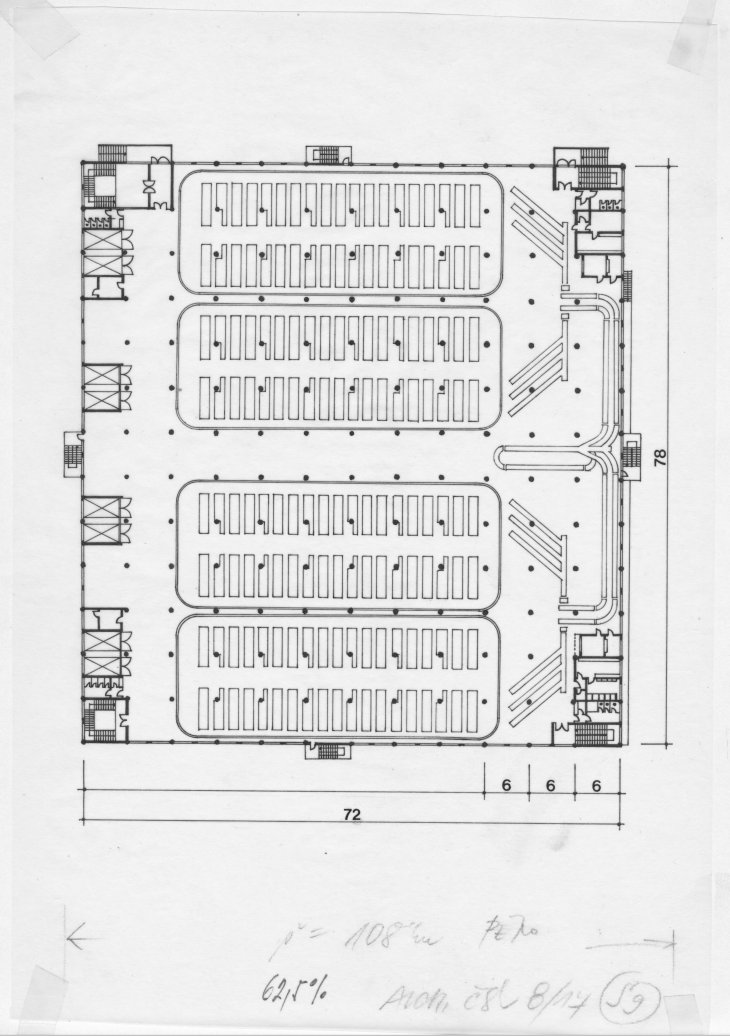 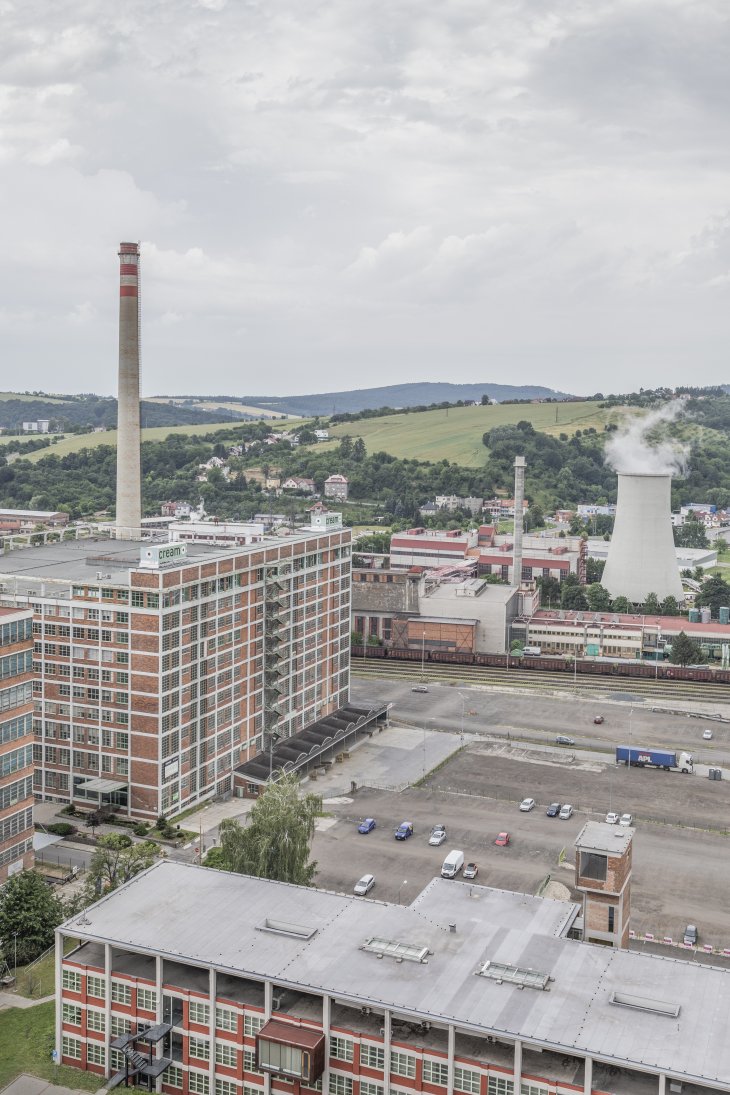 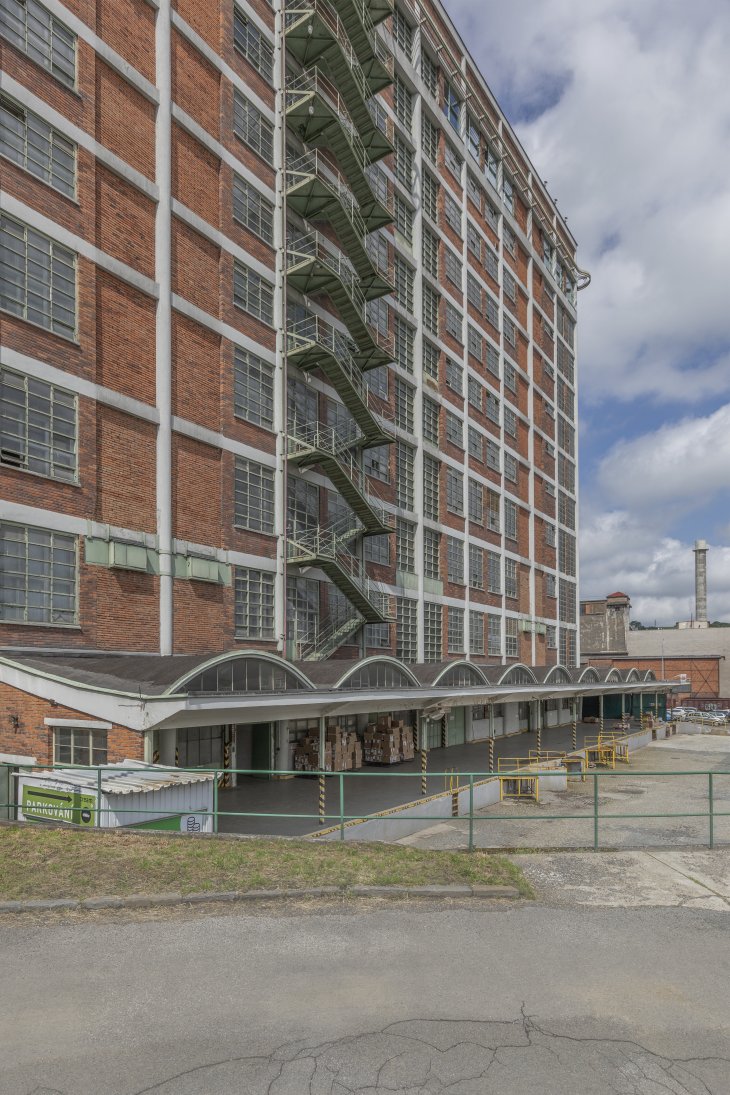 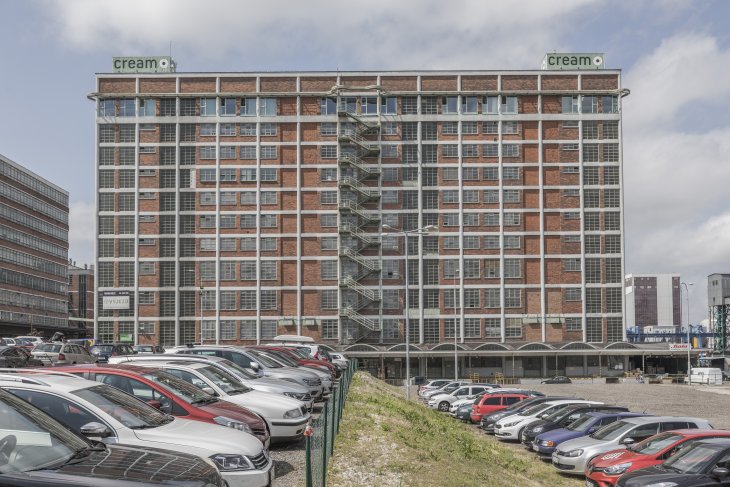