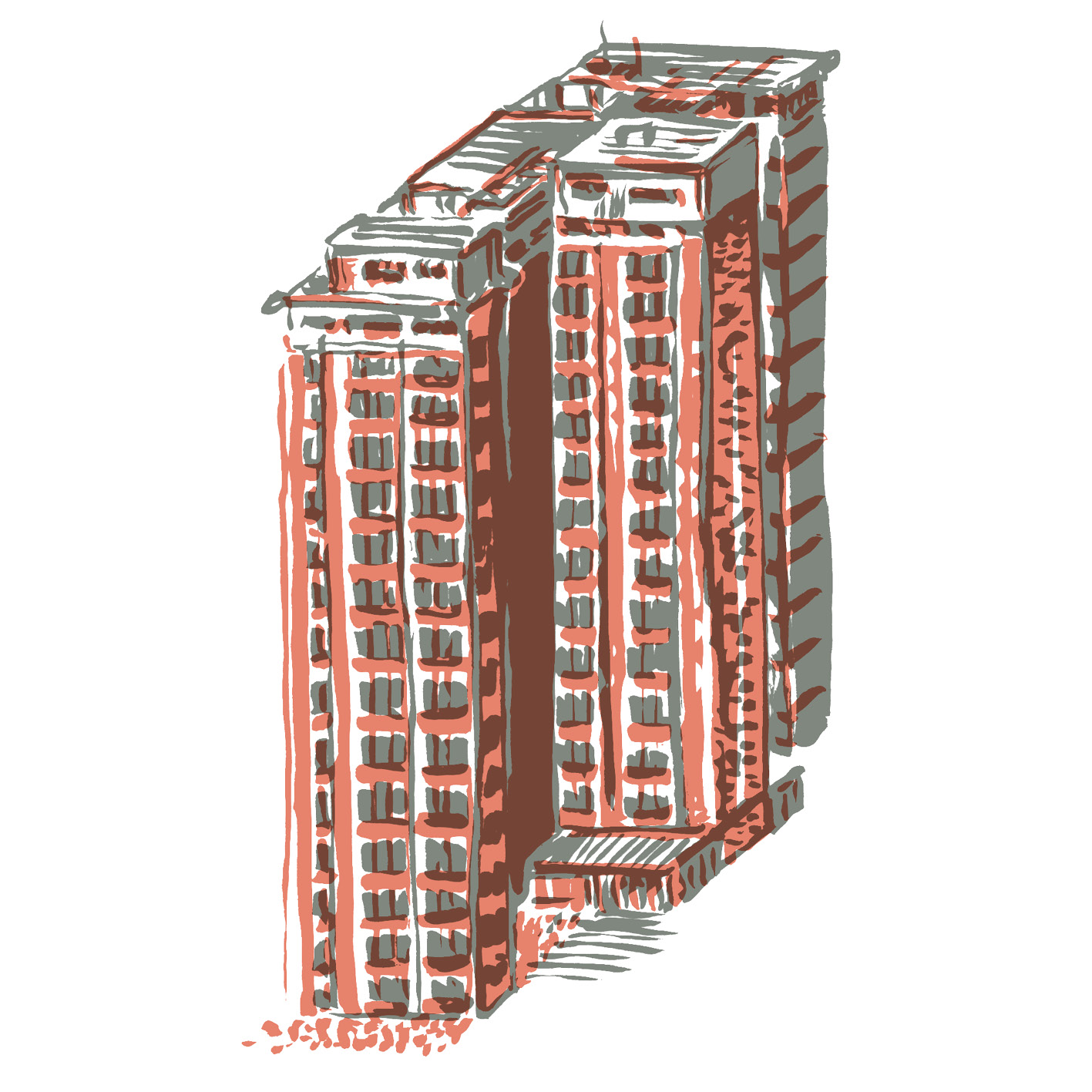 In the second half of the 1930s, the Baťa company became a global enterprise, which under the leadership of Jan Antonín Bata employed over 32,000 workers in Zlín alone (1937). In 1936, for better organisation within the company, the construction of three administrative buildings for 2,000 officials began to be considered. The buildings were to be standardised five-storey structures interconnected by bridges. The second option offered to the company’s management by Vladimír Karfík, the head of the Construction Department, was a high-rise building - a 17-storey skyscraper. The architect was able to use his experience from internships in the USA. The vision of a modern high-rise building had several advantages for the company. In addition to saving building space, and with the use of high-speed elevators and technological equipment that would speed up communication between departments, the skyscraper also had advertising and promotional value, and therefore the second proposal succeeded. In 1936, the company applied for a building permit for a 77.5 m high building, which would make it the tallest building in Central Europe at the time. It was also a showcase of constructivism, an architectural direction promoting utilitarian and industrial aesthetics using state-of-the-art technology.
The new administrative building No. 21 is situated on the south-eastern edge of the factory complex along the main road. Its name derives from the American numbering method - it is the second building from the east and the first from the south. Due to its location, building No. 21 has become the dominant feature both for the factory complex and for the adjacent náměstí Práce (Labour Square), which it meets at its northwest point. The basic structure of the building consists of a reinforced concrete skeleton of the standard Zlín module of 6.15 × 6.15 m. For loadbearing reasons, the structure is different from other factory buildings; the diameters of spirally reinforced columns differ, ranging from 50 cm to 75 cm depending on their location in the structure. To make this difference invisible on the façade, part of the columns have an oval profile. The glazed facade with double windows makes up 52% of the total area of the exterior cladding.
The basic layout of the administrative building consists of a central corridor lined with open and variable space for offices on both sides. On the north side "towers" are connected to the main structure, in which there are elevators, stairs, engine rooms and sanitary facilities. The vertical appearance of the façade is aided by the covering of the window lintels with a brick lining, thanks to which the load-bearing columns on the façade are highlighted and the window openings alternate with the brick infills. A rounded ledge for the rails of the elevator for washing windows becomes an expressive visual element framing the perimeter of the entire building.
Fast connection between floors in the high-rise building was handled by several types of elevators - in addition to the speed elevator, the building also housed a circulating elevator (paternoster) and a mobile office, which Jan Antonín Baťa never managed to use before he emigrated. The office has a floor plan of 6 × 6 m and is located on the east side of the building. It was designed so that the director could enter any floor through a wide automatic door or speak to employees via radio. Inside the study is a simple desk, air conditioning, and a sink.
Production inside the factory had a specific odour trail, which often penetrated beyond the premises. For this reason the whole building was equipped with air conditioning, and a Carrier air conditioning system. In addition, there was also a Siemens telephone exchange, a single time exchange, and a pipeline post office.
The interiors of the office building were conceived as open spaces divided only by simple prefabricated partitions. This "office landscape" ran through the entire floor with a size of 80 × 20 m, which was to accommodate up to 200 employees. The eighth floor, in which the directors - Dominik Čipera, Hugo Vavrečka and Josef Hlavnička - worked, received special treatment. The wood-panelled walls were complemented by zlinolit (rubber flooring resembling today's linoleum) on the floors.
The flat roof on the 16th floor provided space to create a generous green terrace. Vladimír Karfík thus realised one of Le Corbusier's ideas, in which roof gardens are sought-after places in houses and return the grassy area to the city. After the Social House, it was the second residential terrace, which the architect repeated in nearby Otrokovice. F. L. Wright followed a similar approach in his designs, for whom the greenery on the roof was an architectural element emphasising the connection with the surrounding landscape.
The office building only served the company's needs until 1945, after which the company was nationalised and the building was gradually modified. In 1959, the Shoe Museum was established on the ground floor, and a year later the entrance was built on the south side of the building (originally with a copper sculpture by J. Vlach, today it is replaced by the number 21). A successful renovation was completed in 2004 designed by Petr Všetečka, Ivan Bergmann and Ladislav Pastrnek. Deficiencies on the facades were sensitively replaced by the original material. In the interiors, the architects tried to preserve as many original elements as possible, otherwise they used replicas of lighting fixtures or fittings. The layout of the office floors is newly divided into separate offices with an internal corridor. The original appearance was restored only on the eighth floor – the director's floor, where there is original built-in furniture and original flooring. There is an exhibition of the architecture of Zlín and the Baťa company in the building. A bronze model depicting Zlín in 1950 was placed on the terrace in 2019. The former administrative building now houses the Zlín Regional Office and the revenue office headquarters, while the mobile office is still used in a special visitor regime. 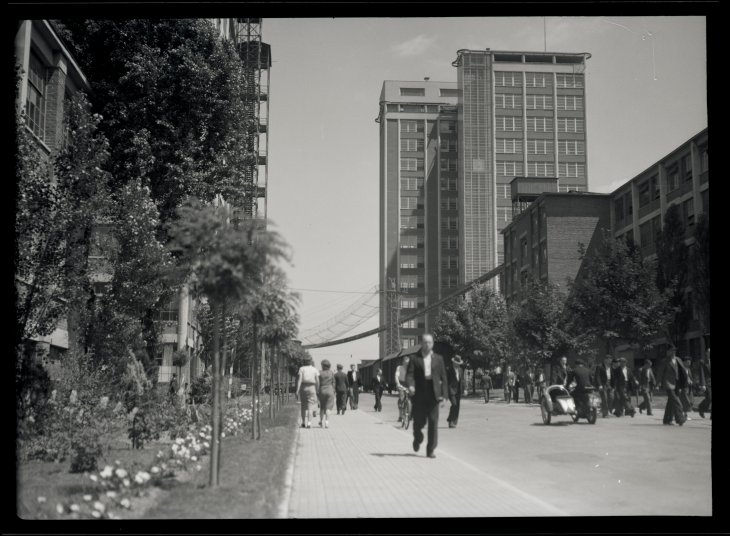 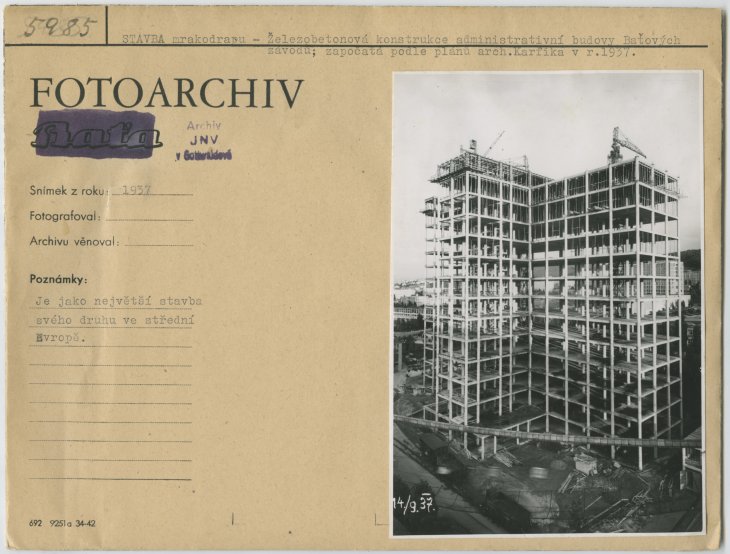 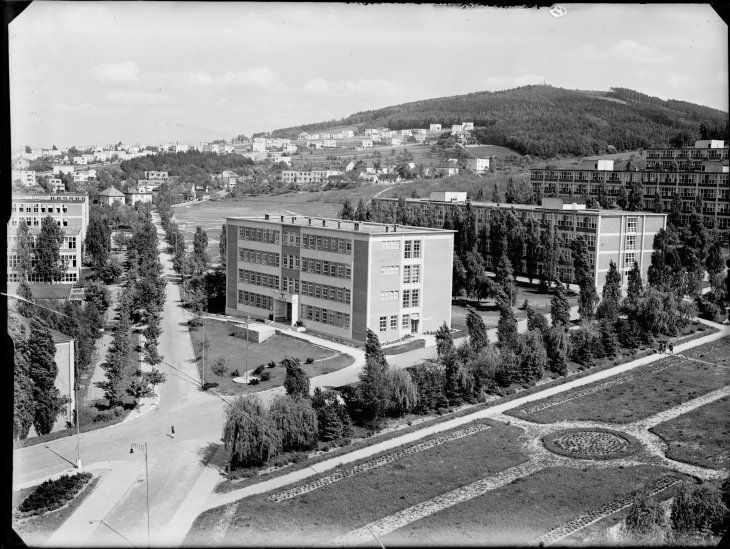 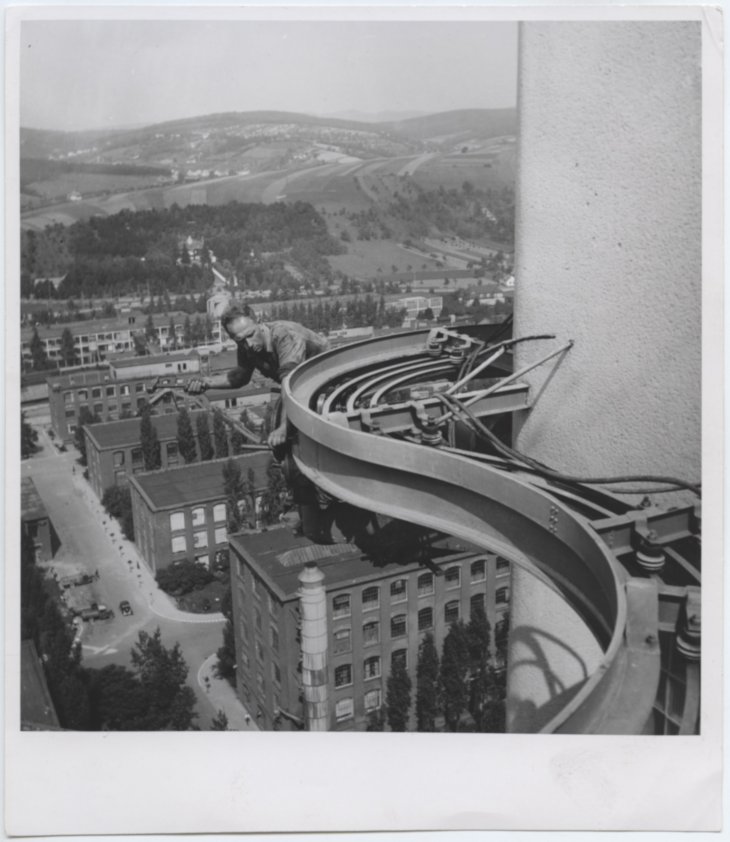 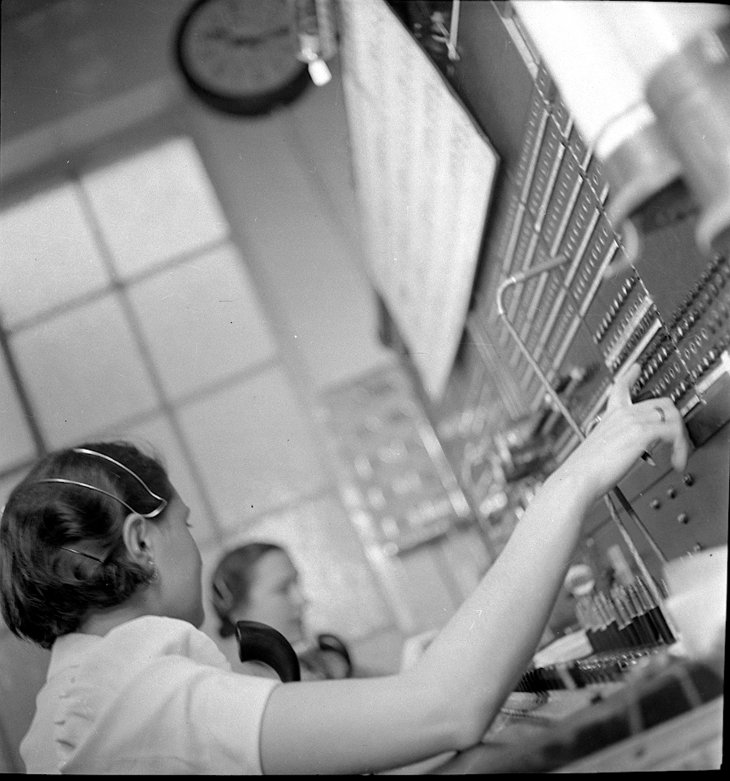 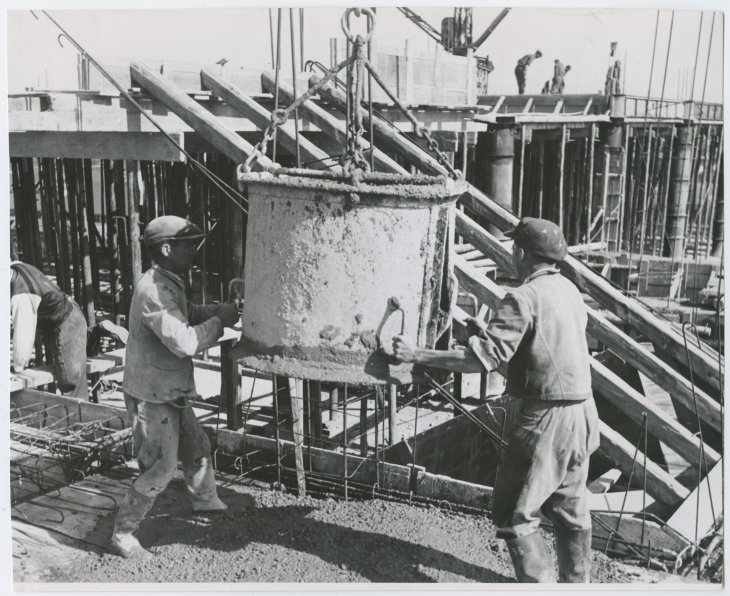 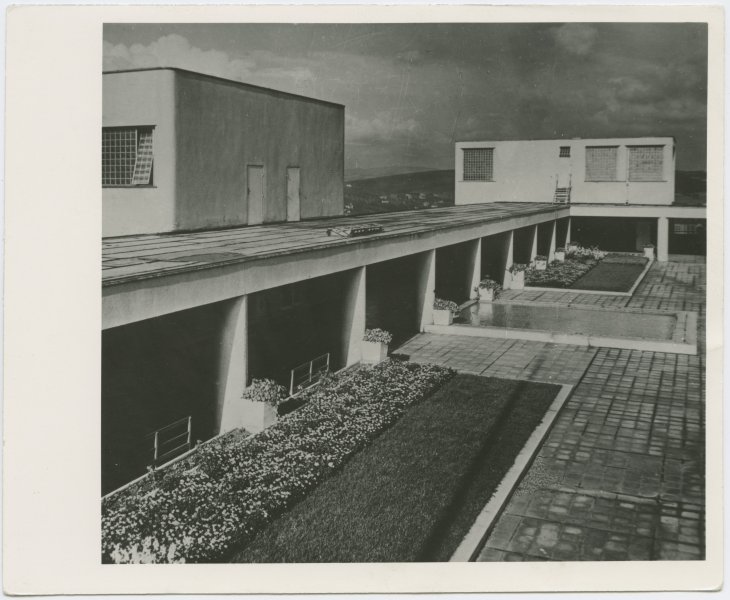 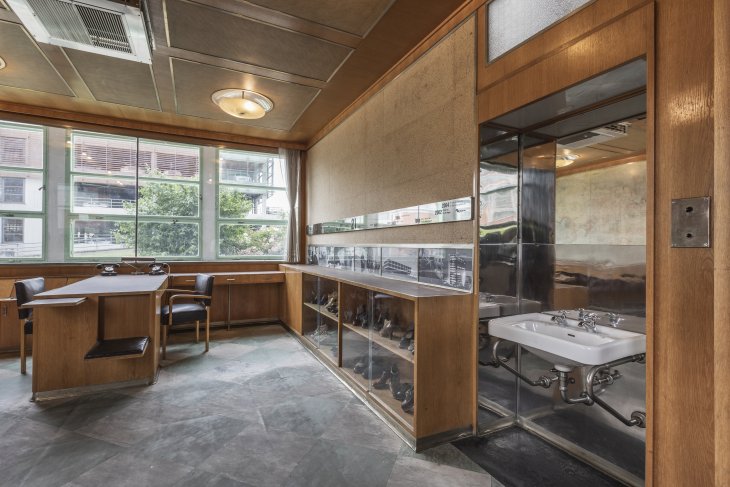 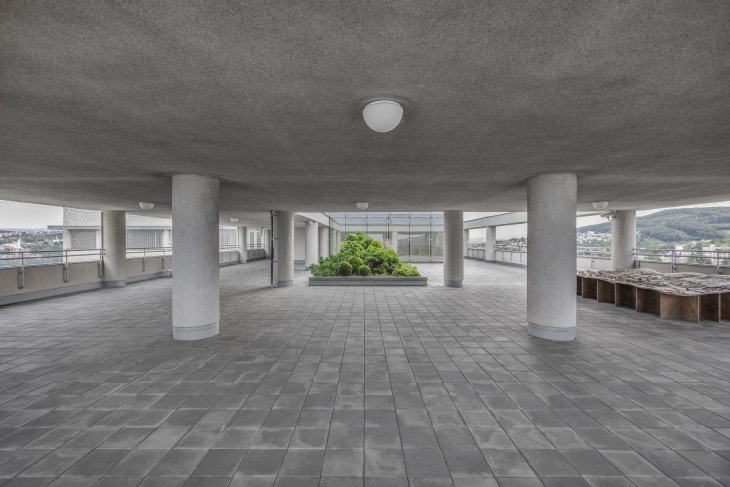 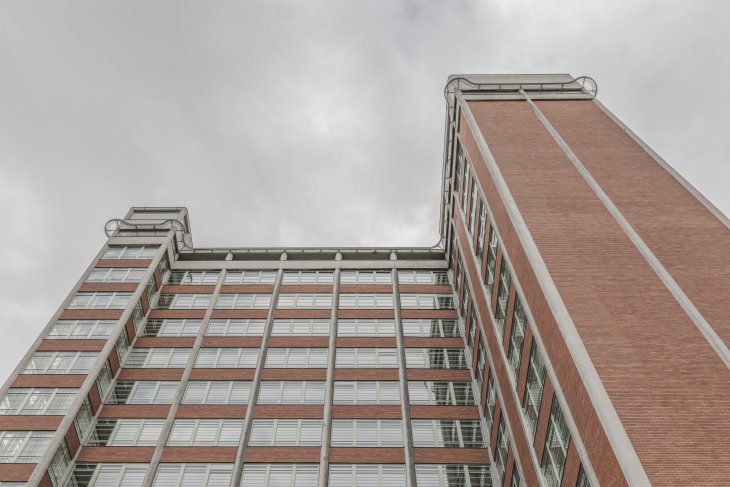 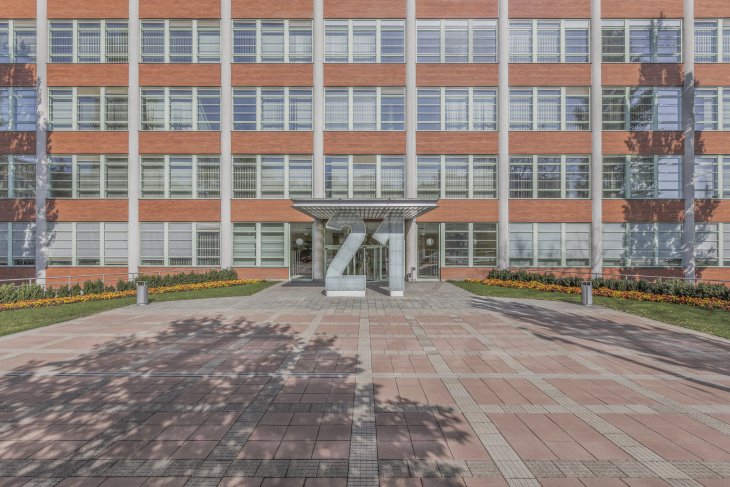 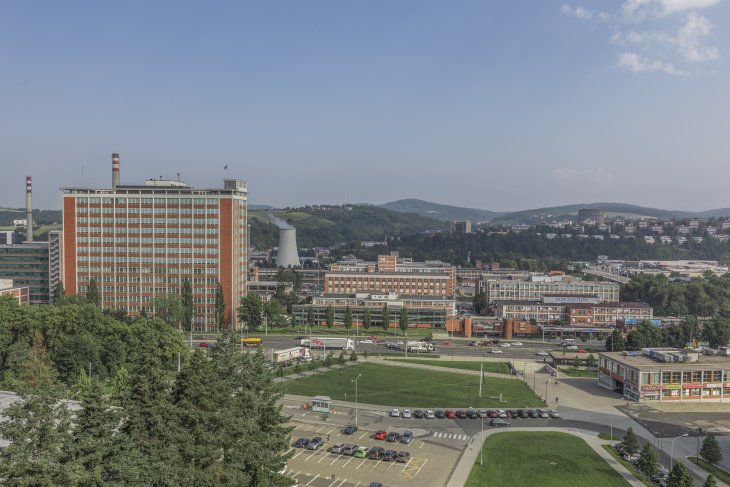 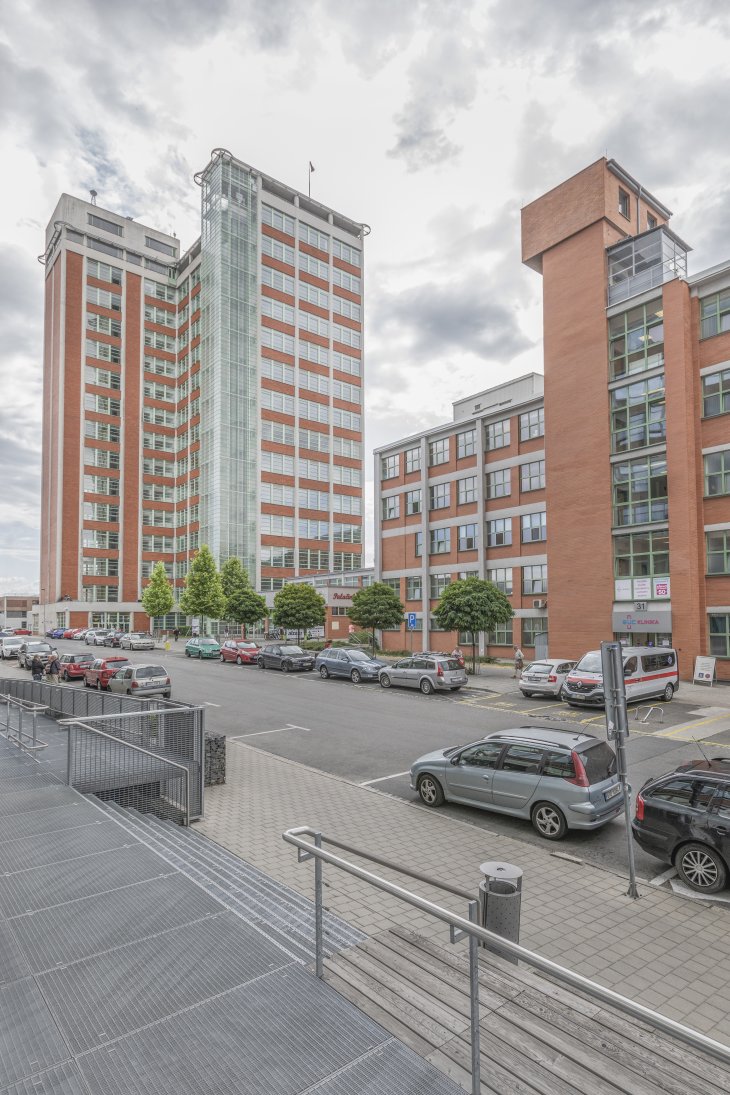 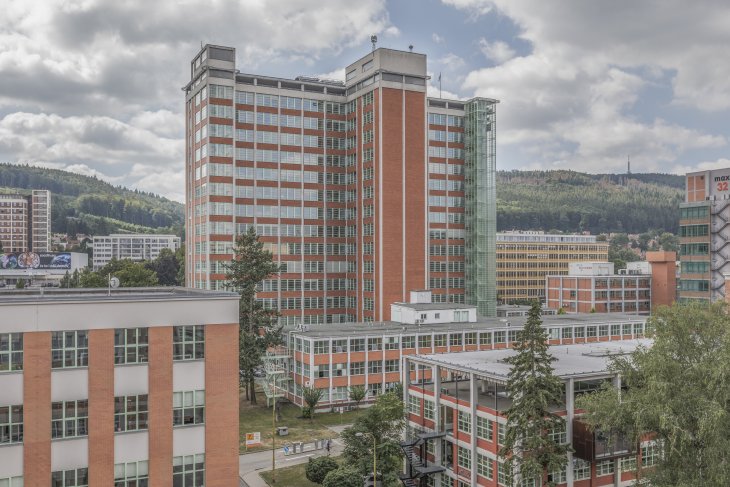 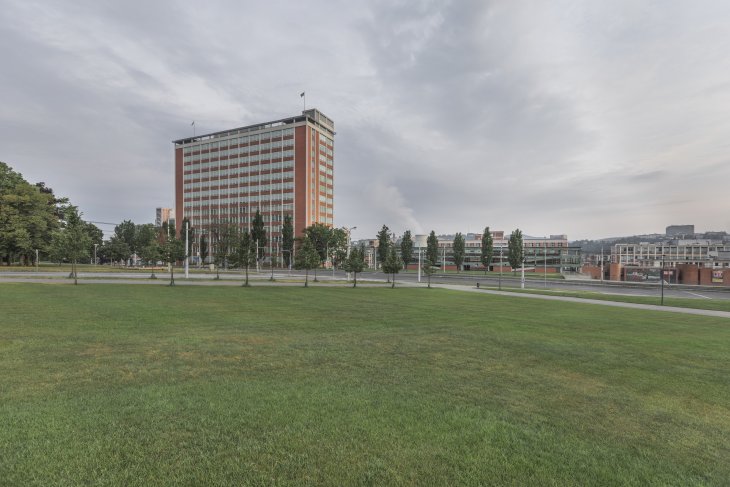 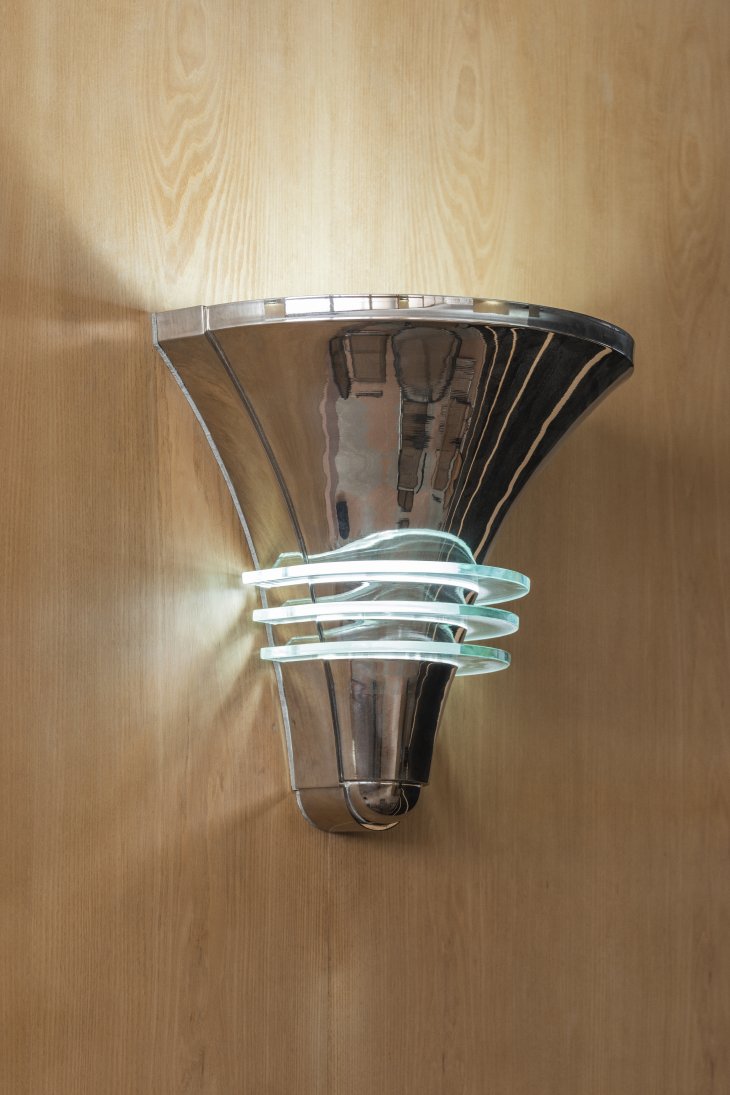 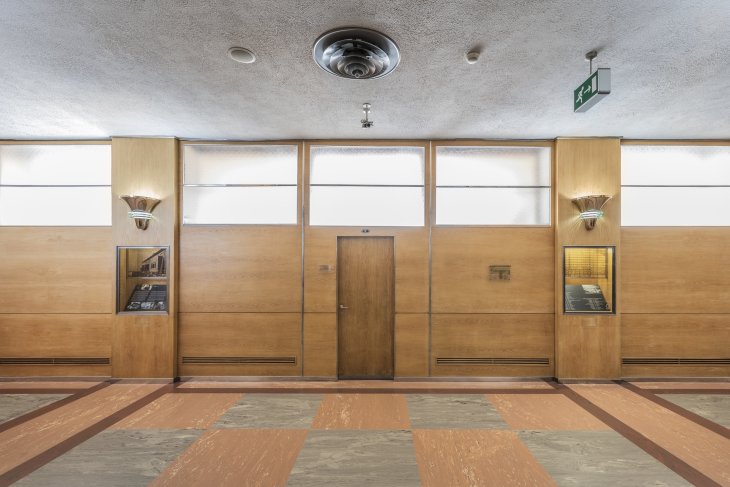 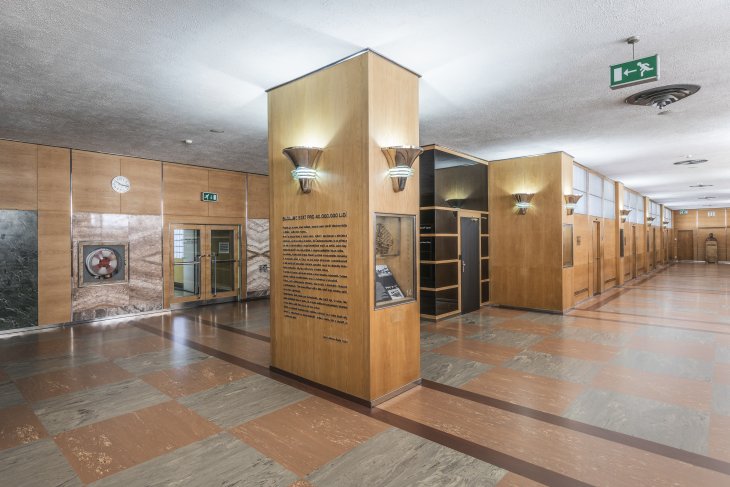 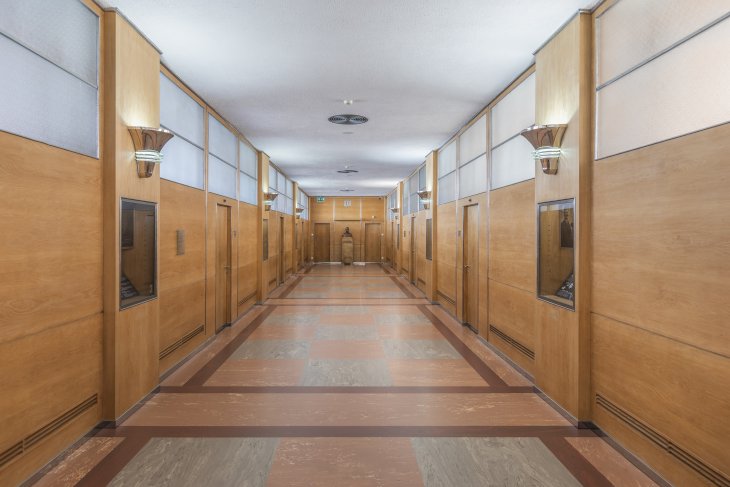 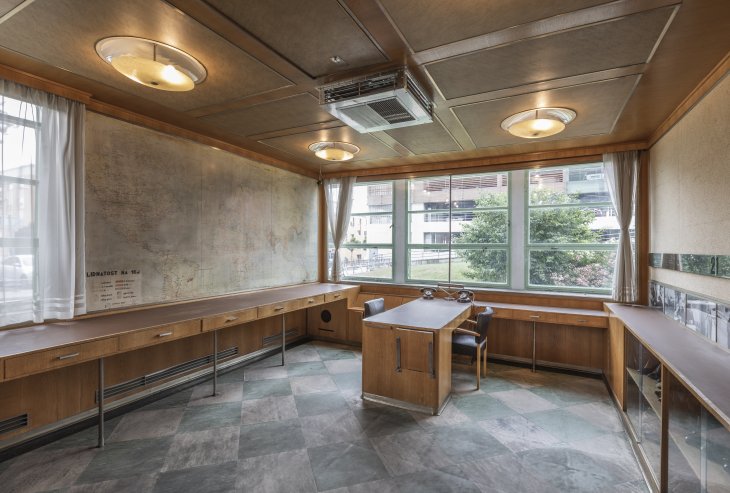