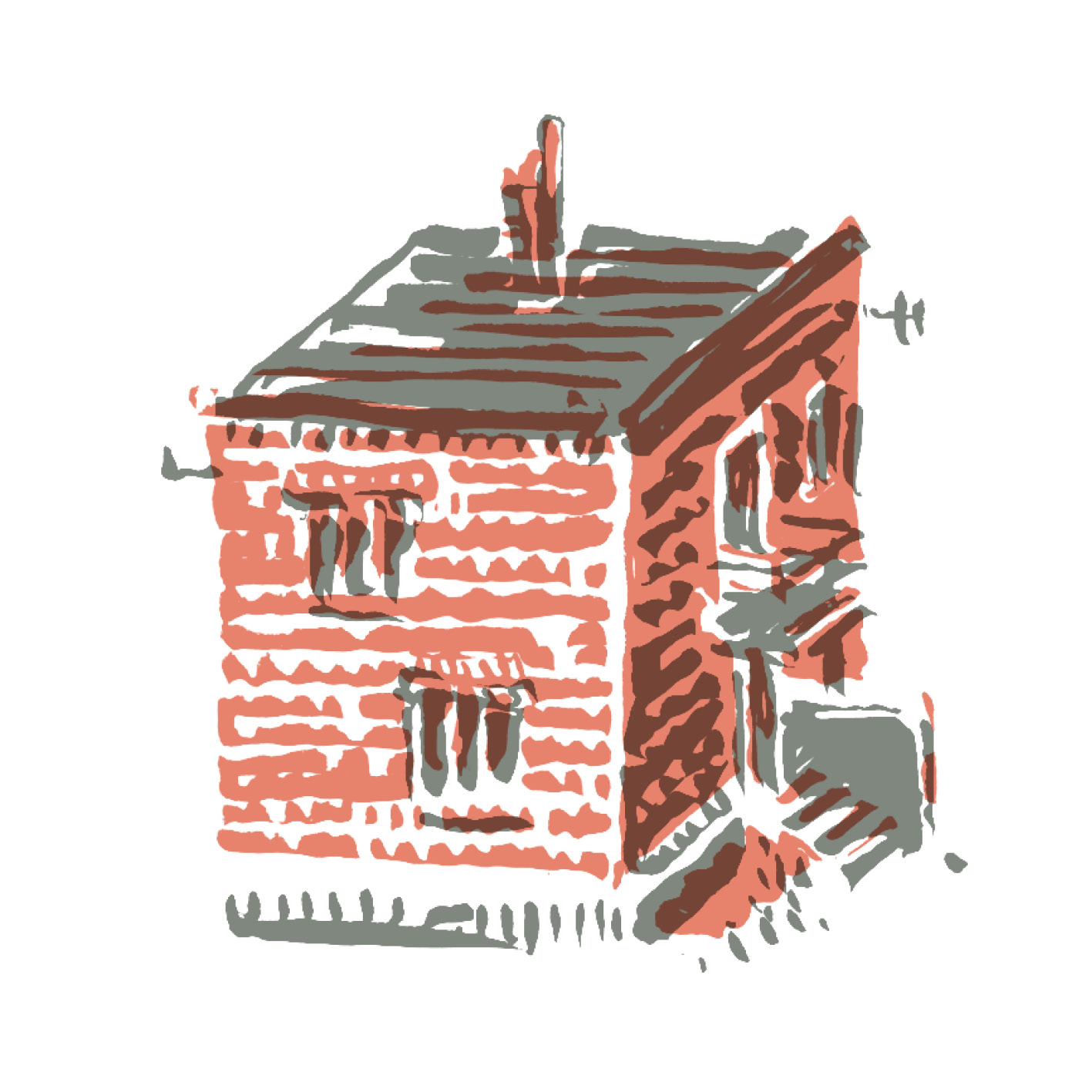 After 1918, the growth in production at the Baťa's shoe factory caused the number of employees requiring accommodation to increase rapidly. The company decided that the ideal form of dwelling was a family house with a garden organised in company housing colonies. The first architect dealing with housing construction and urban-architectural problems of the city's development was the leading representative of Czech architectural modernism, Jan Kotěra. Kotěra's concepts were further developed by his student, the important Zlín architect František Lýdie Gahura, who adapted Kotěra's designs to the changing needs of the company. In the years 1924–1925, the first typical company houses with flat roofs and unplastered facades were built. According to the records of the Construction Department of the Baťa company, the construction of entire colonies of these houses began in the districts of Letná, Nad Ovčírnou, Zálešná, Podvesná, and Díly (1925–1931). In January 1935, the Baťa company announced an international housing competition, resulting in almost three hundred proposals from seven countries, from which the company hoped to obtain new suggestions for the most suitable type of employee houses.

A single-house type Svedlund can be found in the U Lomu experimental colony of houses in the district of Nad Ovčírnou. It was built according to the competition-winning project by Swedish architect Erik Svedlund. The detached one-storey minimalist house with a living area of ​​50 m2 with red face brick j facades and a flat roof was designed with a sensitivity to the Zlín context. The cost of its construction was the lowest of all the competition designs with an estimated price of CZK 36,000. The living space in Svedlund’s design was distributed over two floors. On the ground floor, a small corridor led to the kitchen to the right and to the stairs to the left, and to the living room with a fireplace and a dining area, which was also accessible from the kitchen. A double-wing door led from the room to the terrace. The upper floor contained two bedrooms, a bathroom with toilet and it also offered a small balcony above the entrance roof. The basement provided a garage, two cellars and a laundry room. The architect used a number of concrete and metal details. The plinth of the building had a smooth cement plaster. The windows and doors were wooden and painted white. The windows with a lowered window sill on the ground floor were a unique feature in Zlín.

Today, the family house no longer corresponds to the original design. Its minimalist living standards were insufficient. Already in 1939, a basement was added, with a terrace on its top, which was later converted into a closed porch. The window overlooking the walk-on roof was replaced by a door. Since 1958 the building has been listed as a monument and represents an important part of the intimate residential ensemble of a model colony. 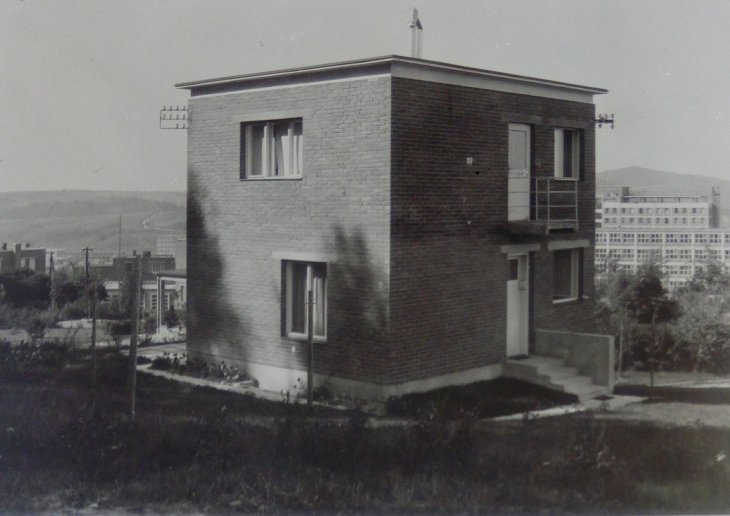 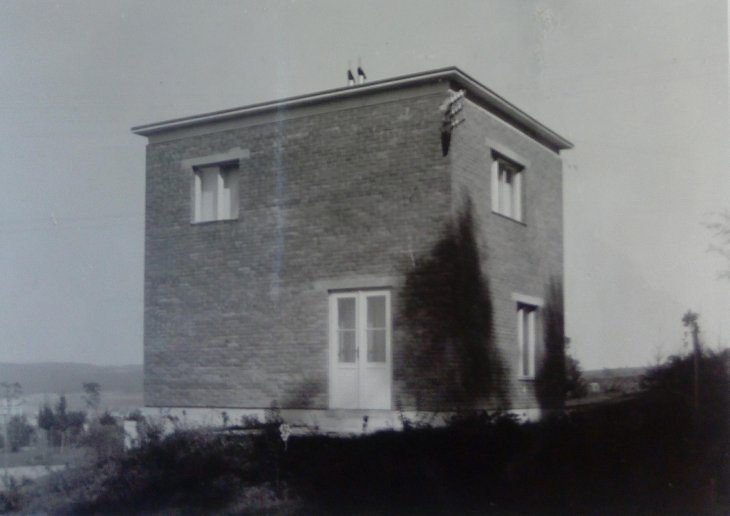 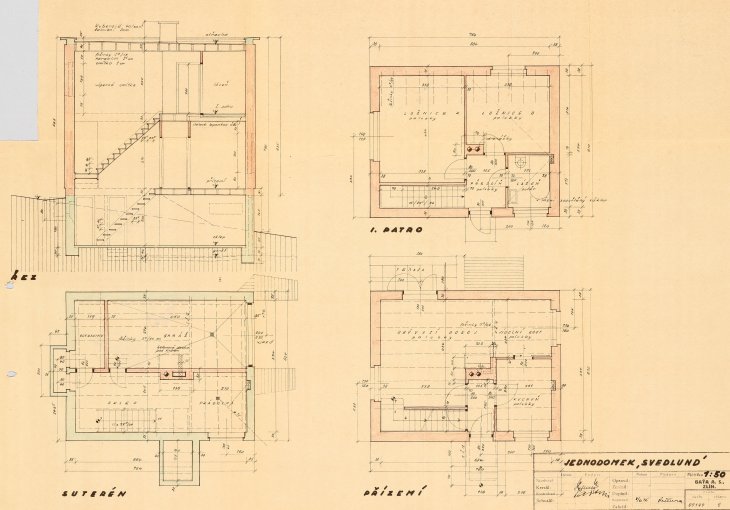 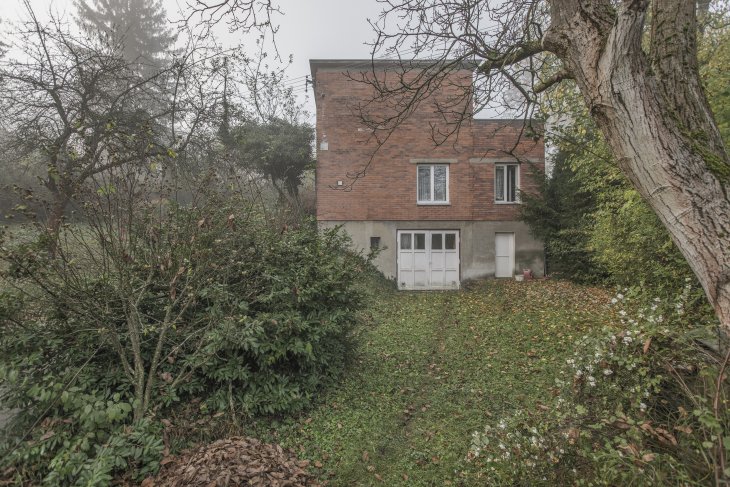 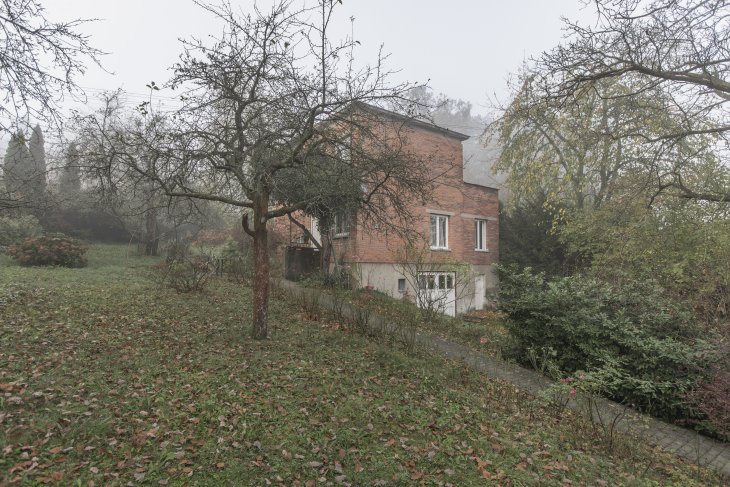