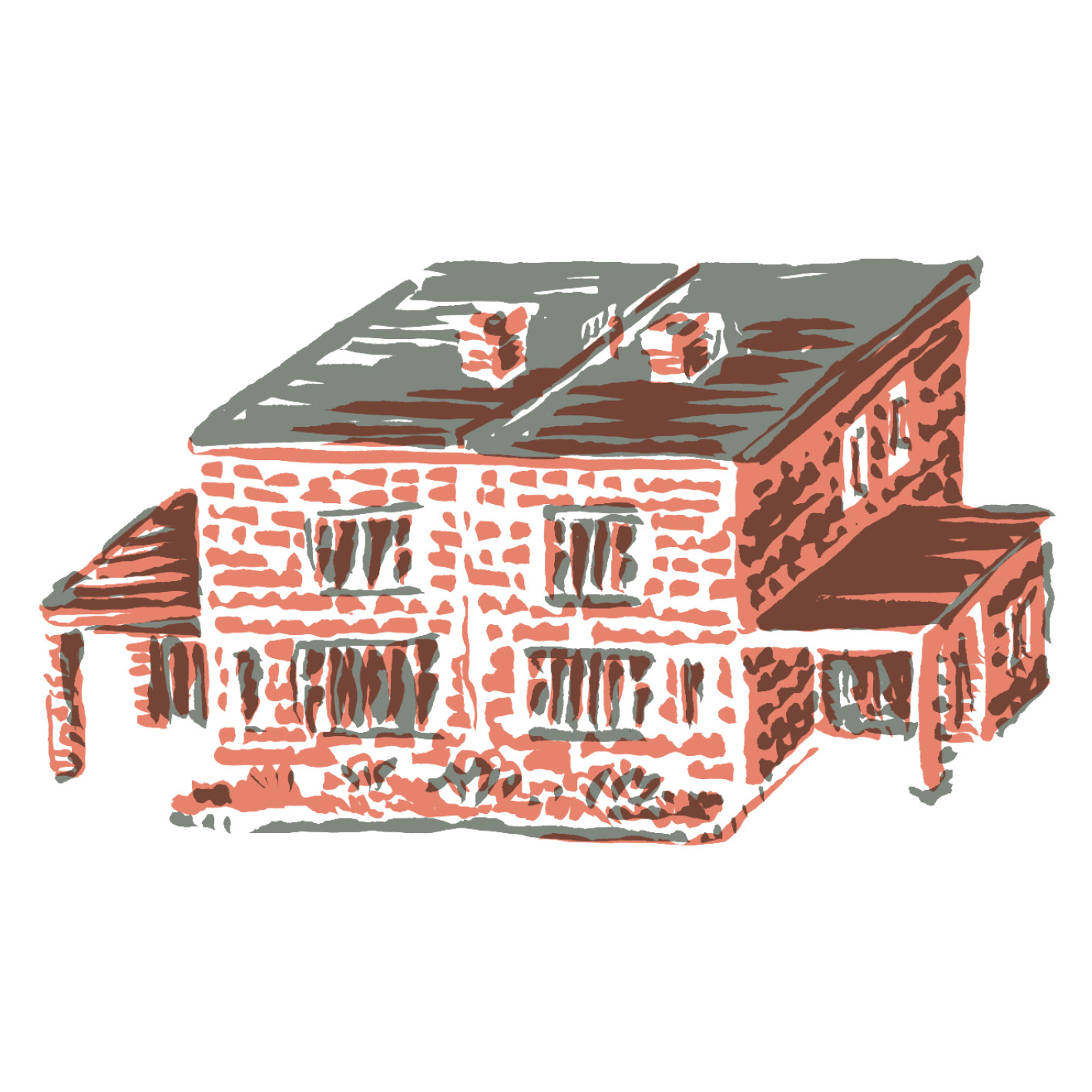 The semi-detached house designed by architect Antonín Vítek was built on the basis of the results of an international housing competition announced in January 1935 by the Baťa company. 289 participants from the Czech lands and abroad applied. The jury consisted of representatives of the company and important architects Le Corbusier, Edo Šen, Bohuslav Fuchs, Pavel Janák, Dušan Jurkovič, Jaroslav Syřiště and František Lýdie Gahura. The results of the competition were announced on May 5, 1935, and the company distributed CSK 94,500 in prizes. The jury decided that four of the awarded designs would be implemented, the authors of which were: Adolf Benš + František Jech (joint project), Swedish architect Erik Svedlund, Vladimír Karfík, and Antonín Vítek. The constructions were carried out on the slope of the Barabáš hill above the Tomas Bata Memorial.

The building with a flat roof, a grey brick facade and symmetrically arranged volumes stands on a slope south of the centre in the model colony U Lomu in the district of Nad Ovčírnou above the building of the former Study Institute II (now the seat of the regional police headquarters). It was built according to the plan of the architect Vítek awarded in the housing competition. Vítek had been an employee of the Baťa company since 1929 and designed mainly department stores, company houses, and villas. He was the author of many master plans not only in Czechoslovakia but also abroad. The semi-detached house had two separate apartments on two floors with a mirror layout and a living area of ​​50 m2. From the protruding entrance hall with a cloakroom, a staircase led to the first floor and also there was a door to the living room, kitchen and toilet. From the living room you could enter the kitchen and a small room, marked on the plans as a cabinet. The upper floor had two bedrooms and a bathroom with a toilet. The semi-detached house had a basement and a garage in the basement. The estimated price for the construction of two housing units was CSK 53,000, which was too much for the client. At that time, the cost of building family houses at the Baťa company, including all specialised professions, was around CSK 28,500 for a single-family house and CSK 38,000 for a standard duplex. The amount of rent per week was CSK 15 for a kitchen and a room with a toilet and bathroom, CSK 27 for a duplex house and CSK 35 for a single-family house. For a villa with more rooms the cost was CSK 60.

The semi-detached house was completed as part of an intimate residential complex in the model colony U Lomu before June 27, when participants in the International Congress of Housing Care visited Zlín. As part of the programme, the construction department of the Baťa company prepared a tour of a model colony of new types of company houses selected and awarded in the international housing competition.

According to the contemporary press, architect Vítek also designed a type of fourplex for the housing competition, which the company subsequently used in the Zálešná district. Another so-called sample group of family houses was built in 1939–1940. These were designs by corporate architects and builders. From the eight submitted designs, three types of family houses marked F, M, and D were selected, the letters standing for the names of the designs' authors, Alois Florián, František Musil and Miroslav Drofa, and built on land between the Slínová, Obeciny and Příční streets. The construction of company houses continued in Zlín in the early 1940s in almost the same spirit, but thanks to the research department of the Baťa company, it also focused on the development and use of new construction technologies and materials.

The Vítek type duplex house has not changed significantly since its construction, only the casement windows were replaced with replicas (2004). This model influenced the further development of the company's duplex houses, both in architecture and layout. 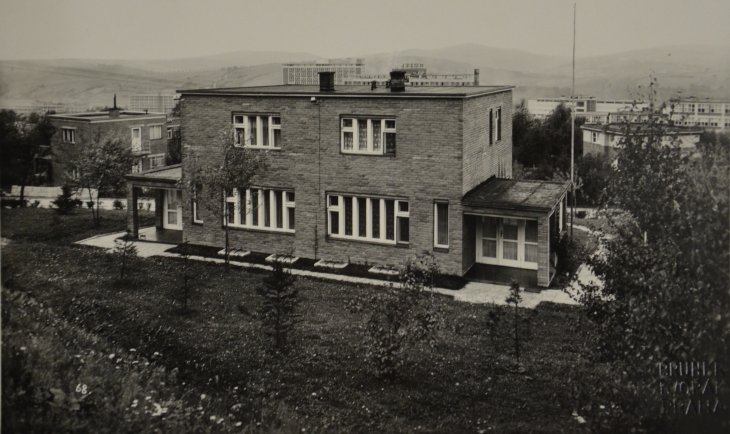 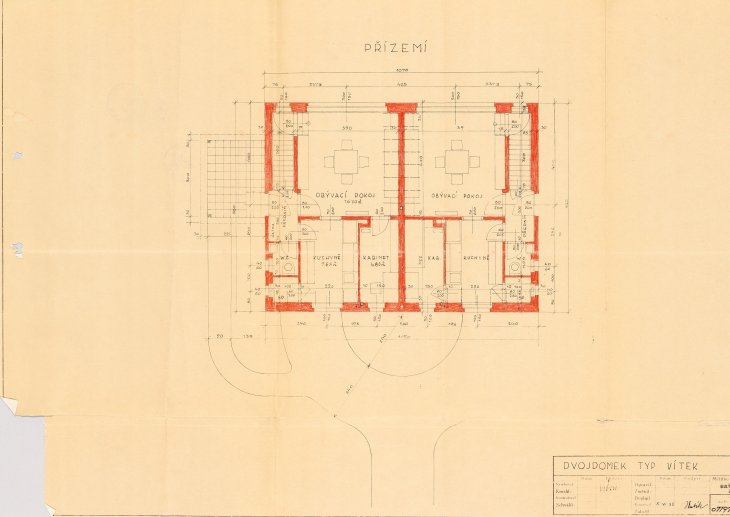 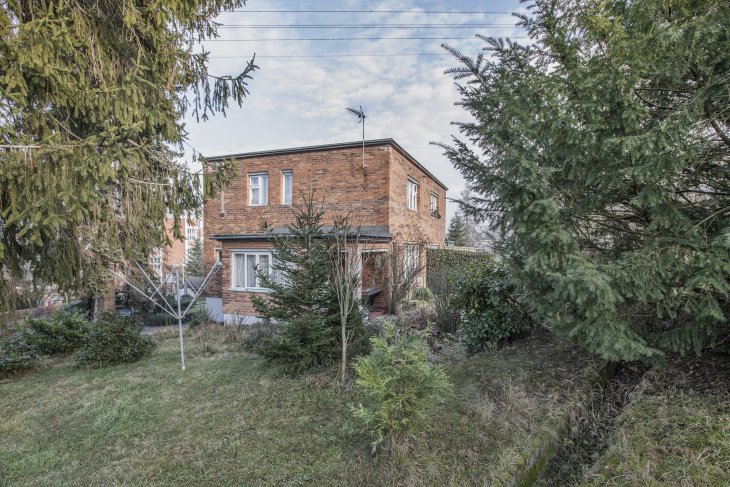 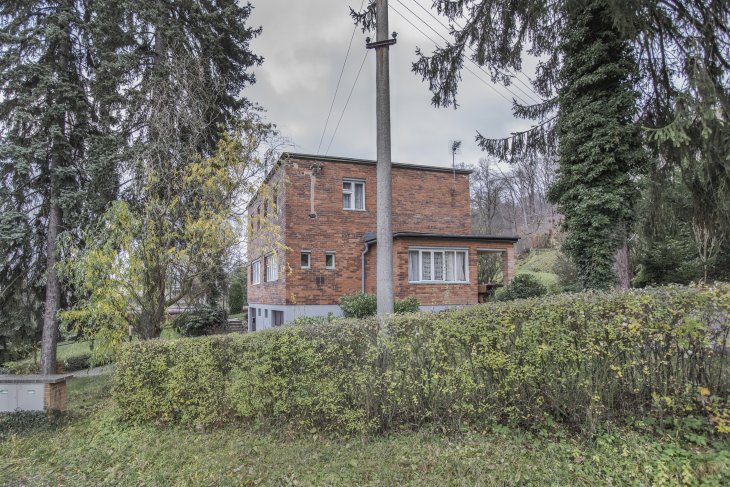 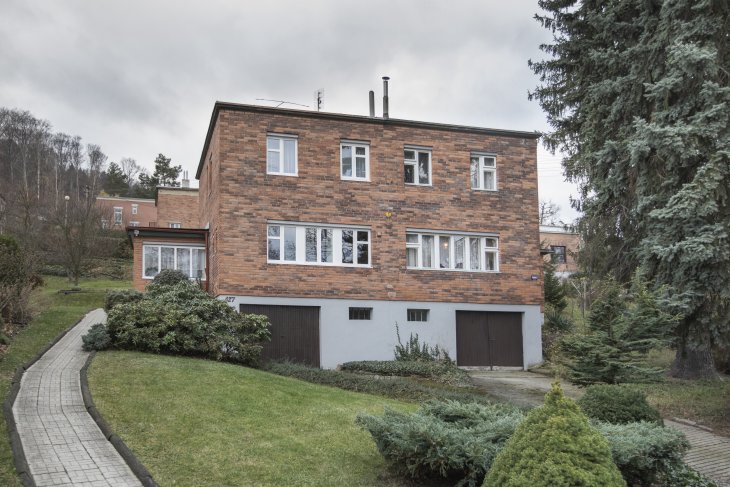