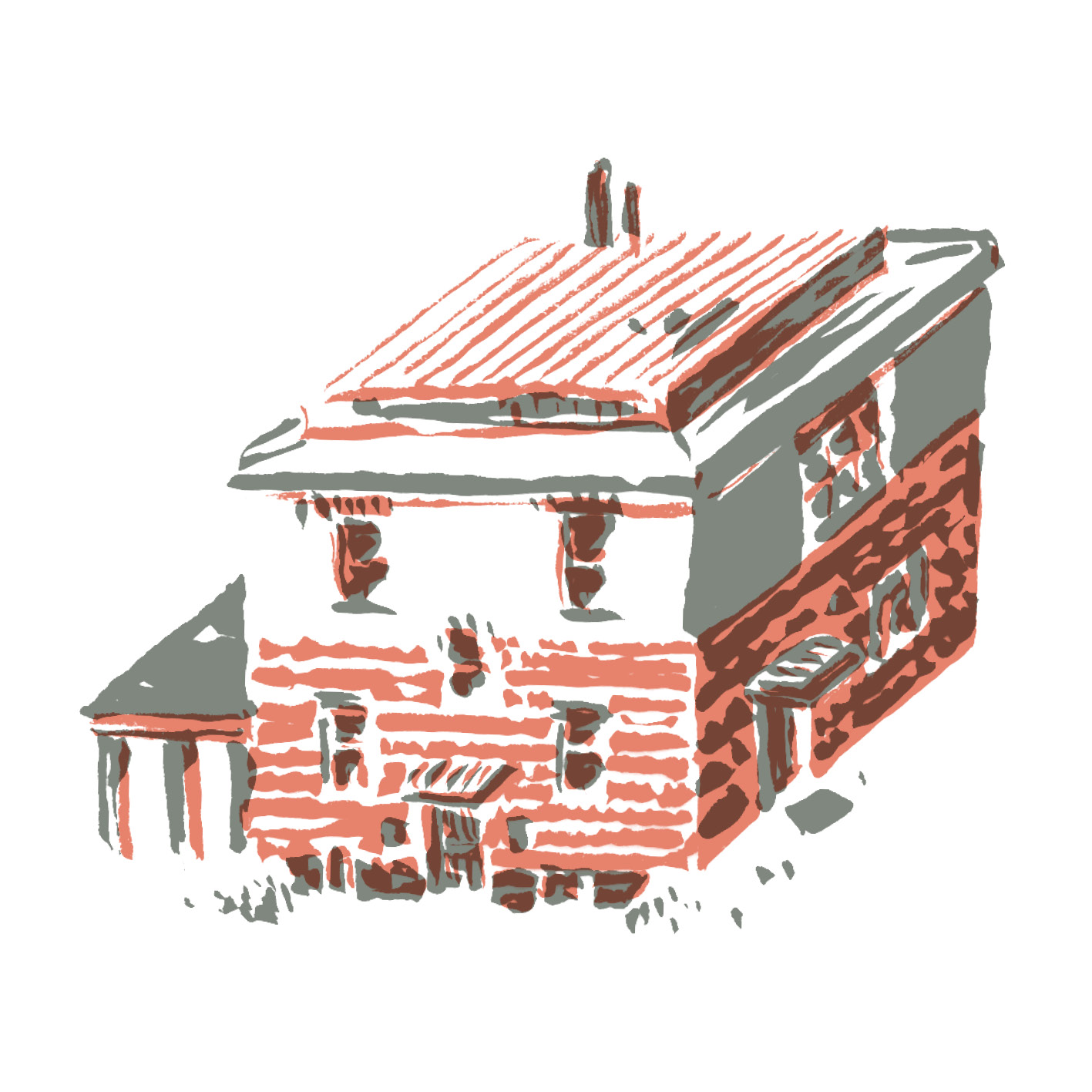 By the end of the 1920s, Tomáš Baťa had made several trips to the USA, which led him to a lifelong fascination with the American way of building and manufacturing. He was particularly interested in the so-called company towns, cities built on the initiative of one dominant industrial enterprise - for example, Ford or Endicott & Johnson. Many of these experiences were later applied in the factory complex, in production, but also in the construction of corporate houses.

In 1931, František and Berta Ženatý published the book American Houses, in which they show how houses are "organised and planned" in the United States. The publication was to help solve the problem of housing for the "little man" and to support the construction of houses that would be practical, economical and hygienic. In the introductory article, they show us through the house that was completed in 1928 in Zlín as a replica of their family house in America. Although the latter was realised as a wooden house with a brick wall basement, the Zlín house was made of bricks due to the harsher climatic conditions.

The couple lived in this house between 1928 and 1930, when Berty Ženatý worked as the editor-in-chief of the company magazine Sdělení. The trained mechanical engineer provided plans for the construction of a house on which the Zlín craftsmen were to try out the American way of building. The house was at this point the property of the Baťa Support Fund and was called a "villa by the forest" in the period press because it was located on the edge of the Nad Ovčírnou district, where it has stood until today.

Berty Ženatý's house adheres to American standards in its internal and external layout. The facade consists of a combination of red clay and white cement bricks. With a square floor plan of 8.5 × 8.5 m, the house has three entrances - the main, side and rear. The main entrance facing west leads into a small hall. From there, a view leads into the open space of the living room, which is dominated by a fireplace, around which shelves with books were set up. This area was supposed to be the "pride of the home."

The main room is connected to the dining room, from which the door leads to a glass porch on the east side of the house. With an open door to the porch, three rooms were connected on the ground floor, creating a generous space, through which you could also see the garden with a carefully maintained English lawn surrounded by the forests of the Barabáš Hill. The connection between life inside the house and the surrounding landscape took place from spring to autumn, when the glass porch was used. Adjacent to the dining room on the first floor is a modern kitchen with an electric stove. Great emphasis was placed on hygiene, which was ensured by a table top made of white enamel sheet and tile walls.

An important topic inside the house was the "economy of movement", which Ženatý addressed in one of his articles (Liberation of a Housewife, Land of Stars and Stripes). It was based on a study of the movements that the inhabitants of a house perform during the day. The interior design was to be arranged so that the operation of the household would work without servants and the work of the woman as efficient as possible.
On the second floor there are three rooms and a toilet accessible from the common corridor. Behind the bathroom door, there is a shaft for dropping dirty laundry leading to the cellar. Washing, drying, ironing took place there, a fruit and vegetable store was located there, as well as central heating, coal and wood, which were loaded into the cellar directly from the street. Light or built-in furniture was used across the interior, which did not take up much space and at the same time was easy to maintain.

In the context of the "villa by the forest", we encounter the name of Rudolf Švácha, a builder whom Berty Ženatý found at the request of Tomáš Bata through an advertisement in the Chicago community of Czech Americans. Švácha arrived in Zlín at about the same time as a prefabricated wooden building from the Alladin company, which he helped build in the Letná district.
According to period articles, the construction of an American window, the way the stairs were built, as well as, for example, the door hinges and handles, were shown at Berty Ženatý's house for the first time. The brick veneer technology was also applied in this house, when an air gap was created between the load-bearing perimeter brick wall and the thick internal plaster, ensuring a feeling of warmth and dryness in the room. A similar wall composition was subsequently used in the construction of company duplexes.

Berty Ženatý's model house proved the internal logic of the layout, which was subsequently used, for example, in medical houses (for Dr. Černošek, Dr. Račanský and Dr. Tolar) from 1930–1931, and in a small villa for Mr. Meisel, which had, in addition to the above mentioned rooms, a room for a maid on the ground floor, and four smaller rooms upstairs.

In the present day, the house is relatively well preserved, the facades are uninsulated, and the American windows have been replaced with windows with standard hinged wings. The biggest impact on the mass of the house is the completion of the veranda to the height of the floor. The appearance of the interior changed several times; in the 1960s the house was divided into two residential units, one on each floor, and later the fireplace was bricked up. 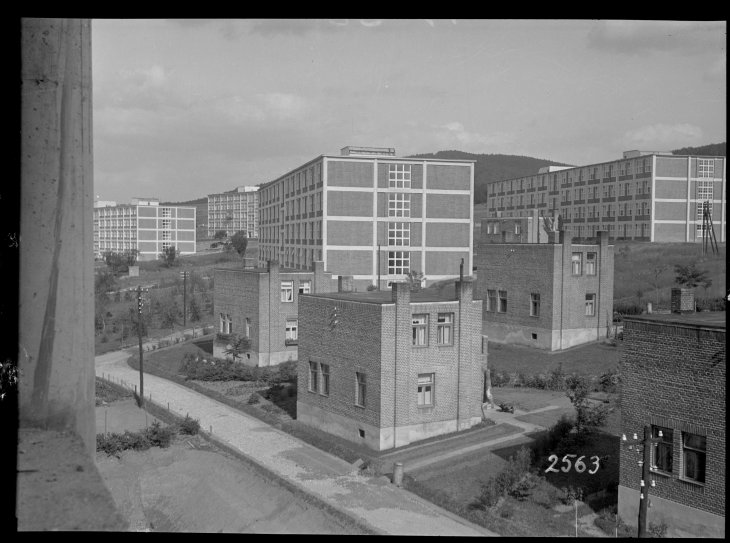 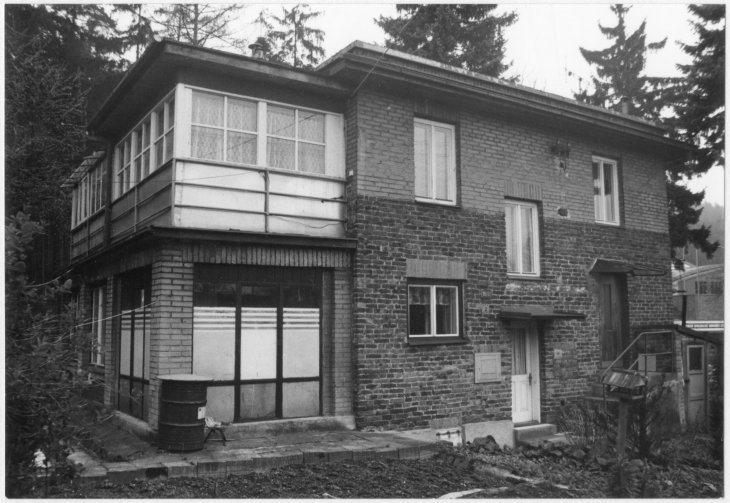 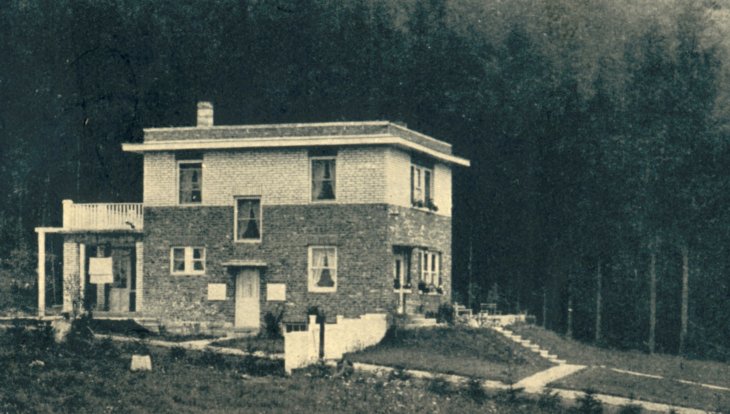 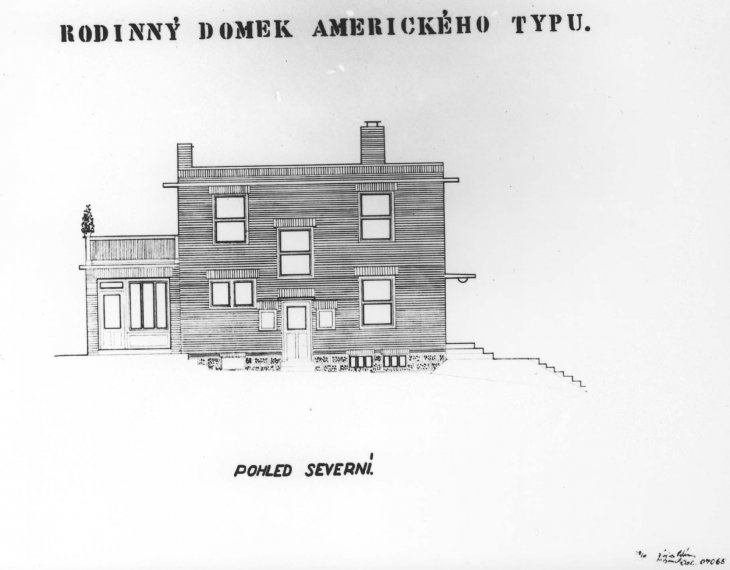 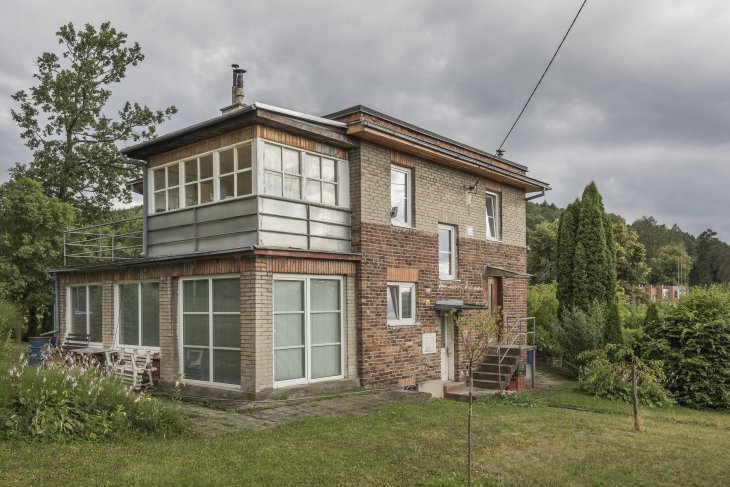 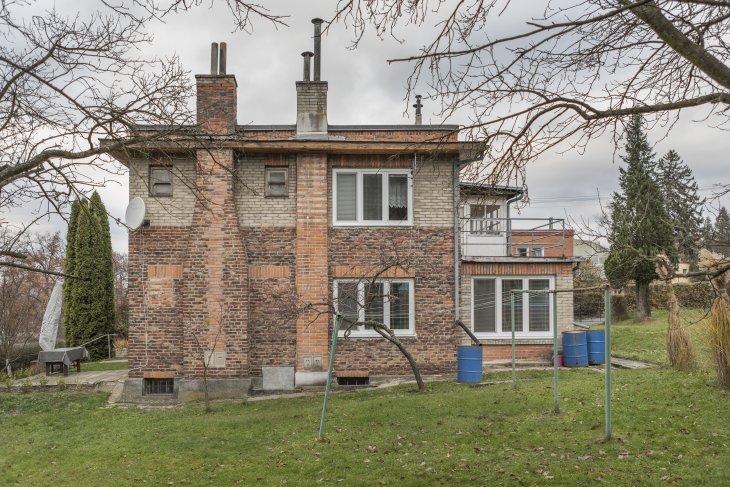 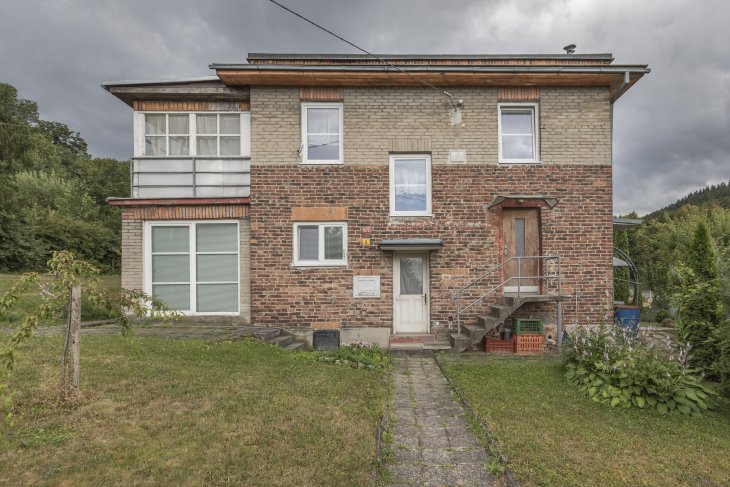