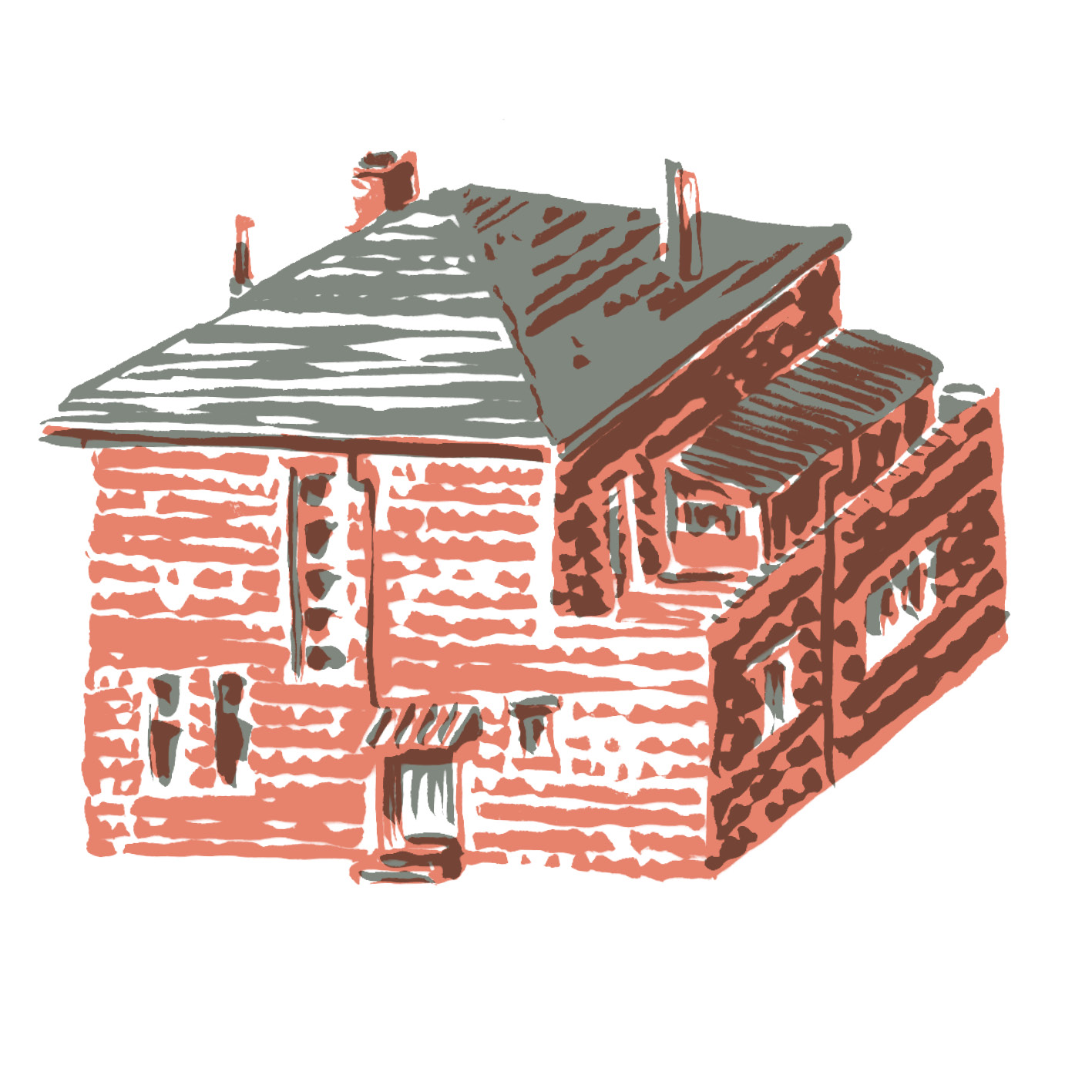 During the 1930s, especially in the second half, several family houses were built on the edge of the Letná residential district, which have more individual features than the majority of the local fourplexes, duplexes and single-family houses. They were situated in the south-eastern tip of the district in its highest part and were close to the wooded Tlustá hora hill. They show very well that even within a strictly organised, standardised and stylistically unified system of corporate construction, it was possible to implement spatially generous variations of Baťa housing with an individualised layout. However, the houses were reserved for company employees in more important positions, often department heads. One of these villas, located in the immediate vicinity of Pod rozhlednou Street, is a house built for associate professor of chemistry, CTU professor Stanislav Landa and his family. Jan Antonín Baťa himself invited the leading expert to Zlín from Prague with an offer to establish and run a new chemical department within the shoe factory. Landa came to Zlín in 1933 and during his tenure founded a successful chemical research institute.

In 1939, the house was designed with a flat roof. The plans were soon reworked and a tent roof was built on the house. The house is located in the same line as the villa for Dr. Josef Zavrtálek from 1936–1937 (designed by Vladimír Karfík), which was located across the street. The construction also completed the diagonal line consisting of three larger family houses on the slope above Pod rozhlednou Street. It maintains a slight distance from the street due to the slope of the terrain and is connected to it by a separate access road. The basement of the house, exposed on one side due to the slope, creates its concrete base on concrete strip foundations. The horizontally composed house with a rectangular floor plan (13.35 × 10.25 m) and the main entrance and garage facing the street, is surrounded on all sides by a large garden of 2,500 m2. The entrance with a wide, longitudinally orientated staircase is lined with ornately formed geometric brick ornament. In addition to the distinctive entrance, the street façade is also defined by a strip of American windows lighting the staircase and two smaller windows in the pantry and the maid's room. The open relaxing terrace on the west side of the house spans the entire width of the building and becomes its hallmark. The flat southern façade is broken by large three-part and four-part windows for the living rooms.

The internal layout of the house immediately reveals that it was not intended for ordinary employees of the shoe factory. The representative entrance hall led both to Landa's study and to the living room, which forms one space with the dining room. It was served from the kitchen with a kitchen counter running right by the window and with a pantry. The upper floor was accessible by a winding wooden staircase complete with an oak handrail. While the two spacious bedrooms face south to the forest, the guest room faces east. The family also had a separate dressing room, from which they entered the terrace lined with terrazzo and the bathroom with toilet, bidet and bathtub. In the basement, separated from the living floors by a reinforced concrete ceiling slab, there was a cellar, in addition to the garage, a laundry room with a dryer, a boiler room and a coal storage room.

After the war, Stanislav Landa left Zlín for Záluží u Mostu, where he took part in the restoration of a war-damaged synthetic motor fuel factory. The house changed owners and to this day has undergone several additional interventions, mostly not to its own benefit. The original outdoor terrace on the first floor is covered with massive glazing with distinctive wooden frames reminiscent of garden outbuildings. The layout of the interior has also changed. At the end of the 1950s and the beginning of the 1960s, the villa was adapted for the needs of a kindergarten. Nevertheless, the original appearance of the house is still well preserved, including details such as the wooden garage door, the division of the windows and the layout of the main elevated entrance. 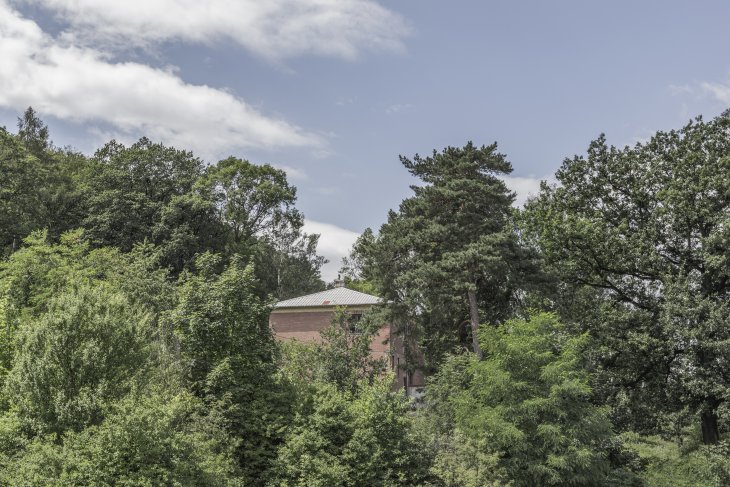 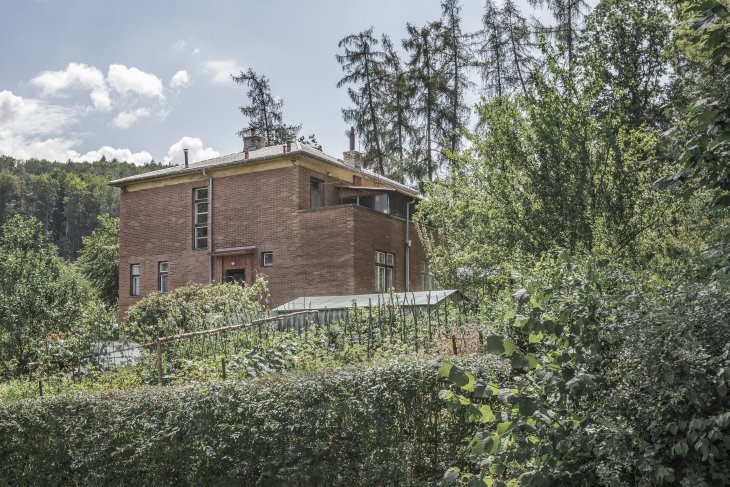 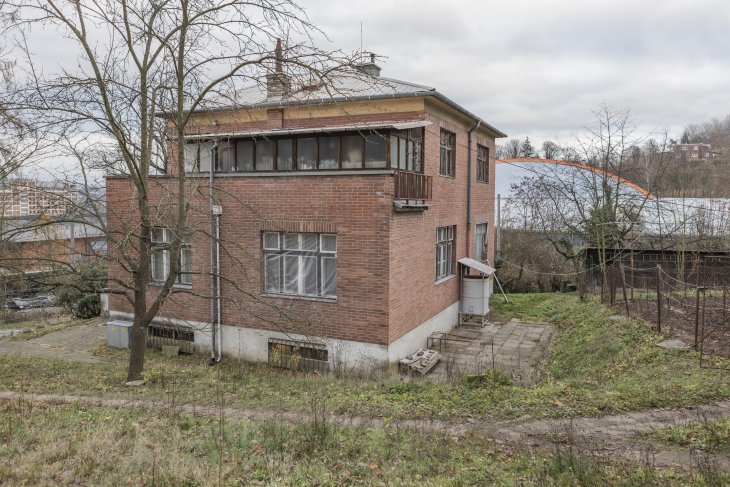 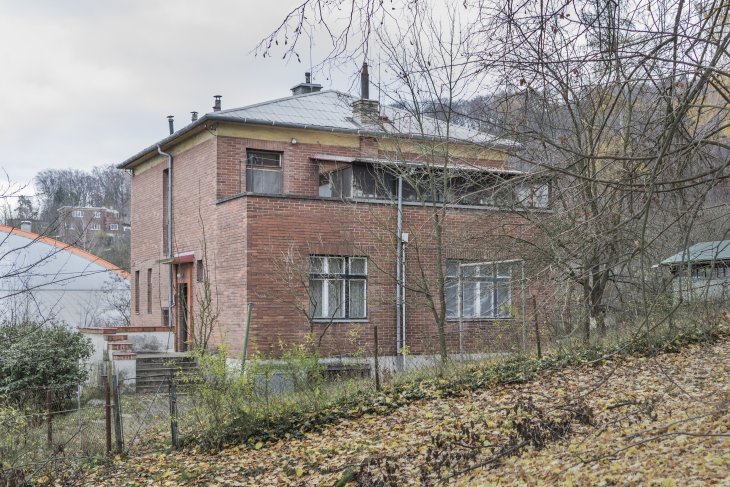 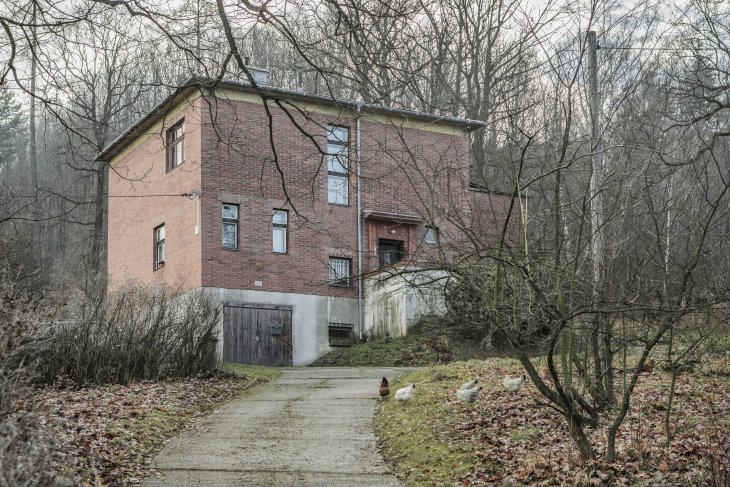