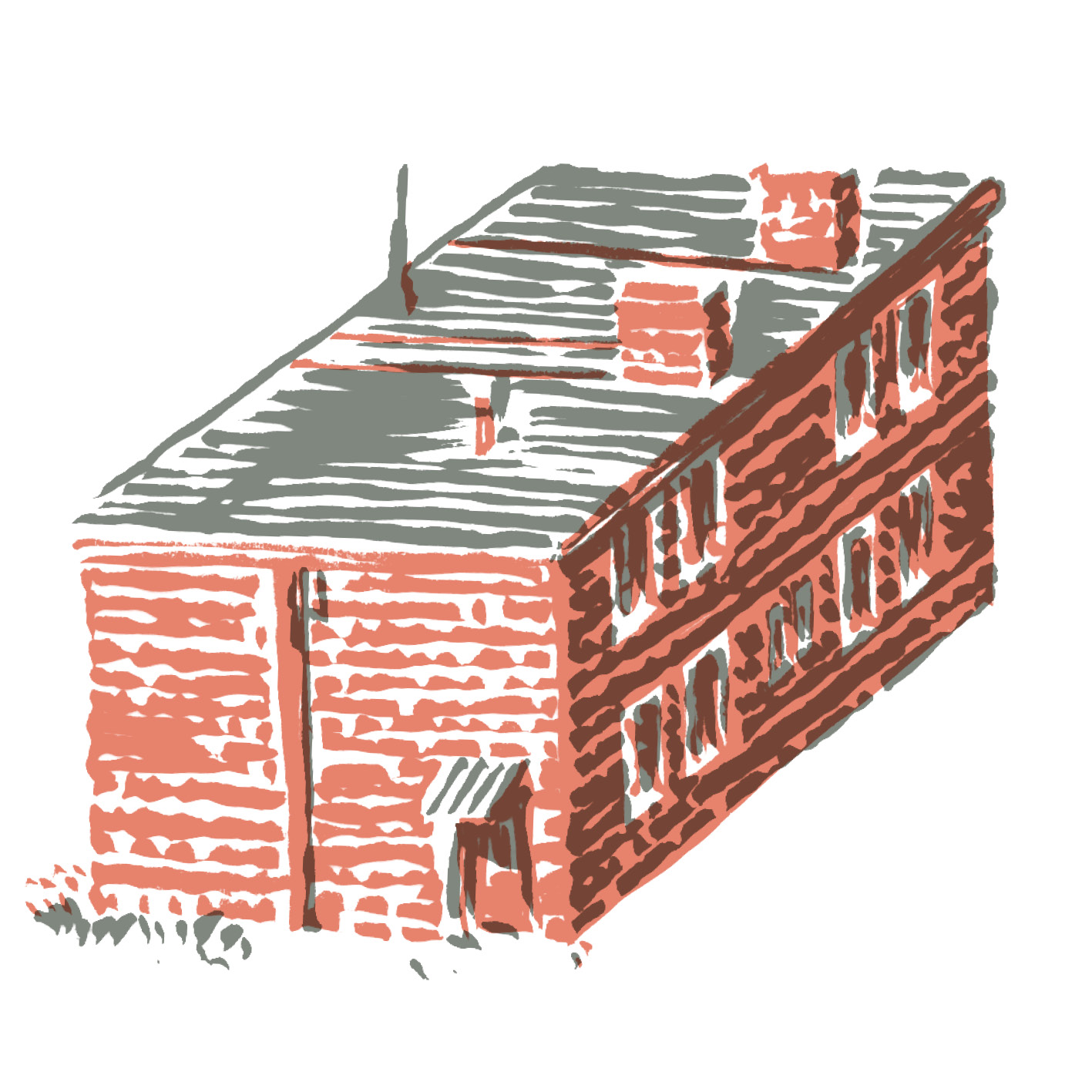 The Baťa company categorised the accommodation of employees in the interwar period according to several aspects - age, marital status and job classification. Married employees were entitled to housing in individual houses of various sizes and layouts in gradually-built business districts with a more rural character. The youngest and least qualified workers were assigned collective accommodation, first in temporary hostels, and from the end of the 1920s in a growing separate district of boarding houses near náměstí Práce.
The housing of adult unmarried employees was an intermediate stage between the strictly organised lifestyle of young menandyoung women in boarding houses and family housing offering more freedom. However, even there it was not without restrictions. Applicants for a company house had to go through a strict selection process, follow clearly defined housing rules and bear the supervision of the accommodation department. Younger employees without families, usually in a better position in the company hierarchy, i.e. officials, teachers and doctors, or even married workers who could not commute daily from the surrounding residences, first found accommodation in individual family houses adapted for the stay of several individuals. Together with the deliberate development of the company's building typology, the moment came at the end of the 1920s when a new form of housing appeared for them – bachelor apartments.
The architectural form of the bachelor apartments naturally followed the form of houses in the family neighbourhoods. Rectangular two-storey buildings with a basement and a flat roof were designed by the Baťa company Construction Department as replicable standardised models, which could differ in layout, number of rooms and beds offered, and additional facilities. However, they always resembled the Baťa fourplexes in volume, as well as in the design of their façades. The smooth façade, characterized by face bricks, is interrupted by the regular rhythm of casement wooden windows with an upper ventilation part and a light coloured lintel above them. The entrance to the bachelor houses was usually located in the centre, where a simple staircase led to the first floor, in some types illuminated by a long window strip, in others by a simple window.
The construction of the bachelor houses began in the residential district of Letná, where a series of look-alike buildings was erected in the early 1930s. They were situated mainly in the south-eastern edge of the district, in the area around Vysoká, Na Vyhlídce, and Mostní streets. In the following years, bachelor apartments, which were also established in other residential zones in Zlín and in company branches outside the city, were most often built in the outermost parts of residential zones (but not exclusively, there are also bachelor houses integrated into the centre of the residential construction).
The early type of bachelor houses, which occurs most frequently in Letná (eg Vysoká 2094, Lipová 1761), provided space for a total of 26 employees, who could be accommodated in 11 double and 4 single rooms (5 double and 2 single rooms on the ground floor, 6 double rooms and two single on the first floor). The ascetic but comfortable furnishings of the bedrooms consisted of simple wooden and tubular steel furniture. The three toilets and the bathroom with a bathtub, available only on the ground floor, were common to all in this type of bachelor house. However, in contrast to dormitories, where students usually shared one room with 10 or more people, the bachelor apartments offered significantly more agreeable living conditions corresponding to the age and status of the employees. On the ground floor there was also a two-room caretaker's apartment and on the first floor there was a clubroom.
During the interwar years, a number of alternative designs appeared with a smaller number of bedrooms, a larger living area, a kitchen on the ground floor (U zimního stadionu 1759, 1760), and with a staircase in the corner or with bathroom and toilets on each floor (Otrokovice-Baťov) and in some cases inside the rooms. At the end of the 1930s, the architect Vladimír Karfík designed four modernised bachelor apartments for the residential colony Díly, which he placed in the very centre of the district next to the central social house.
The ground floor corner facing the street in two of these houses was equipped with large and elegant glass shop windows with awnings. In this way, Karfík combined the residential function of a bachelor apartment building with publicly accessible shopping areas and additional services.It thus enriches the residential district with the typology of a two storey house with a commercial parterre, which was not very common in interwar Baťa's Zlín.
The architectural form of the bachelor houses in Letná is still very well discernible to this day. Some of them are almost in their original condition with preserved wooden windows and facades (U zimního stadionu 2086). Most of them still serve as residential buildings after interior adaptations, sometimes converted to doctors' surgeries or private offices. The biggest change has occurred in the spaces around the houses; instead of the former relaxing garden areas, we often see very uninviting parking spaces. 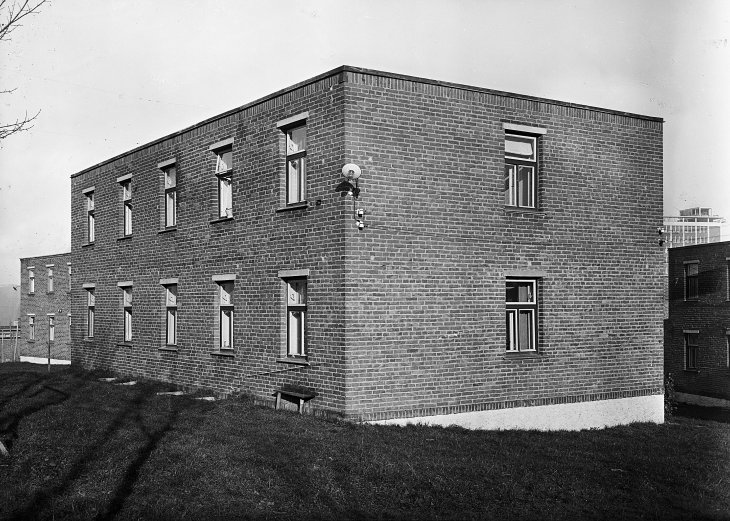 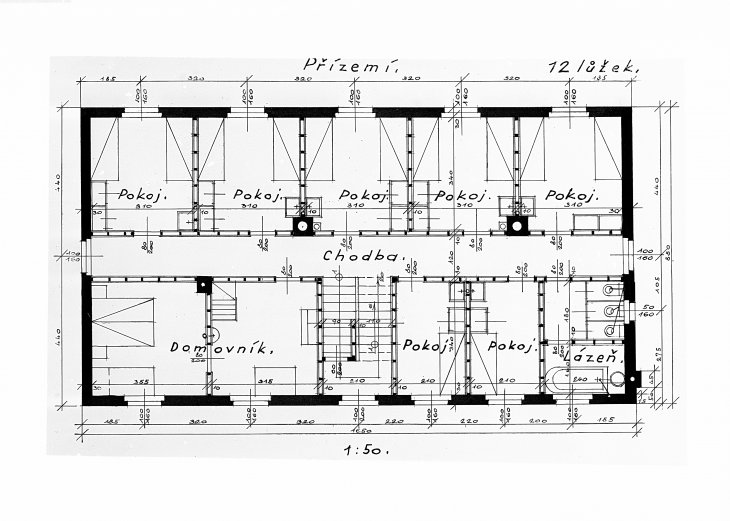 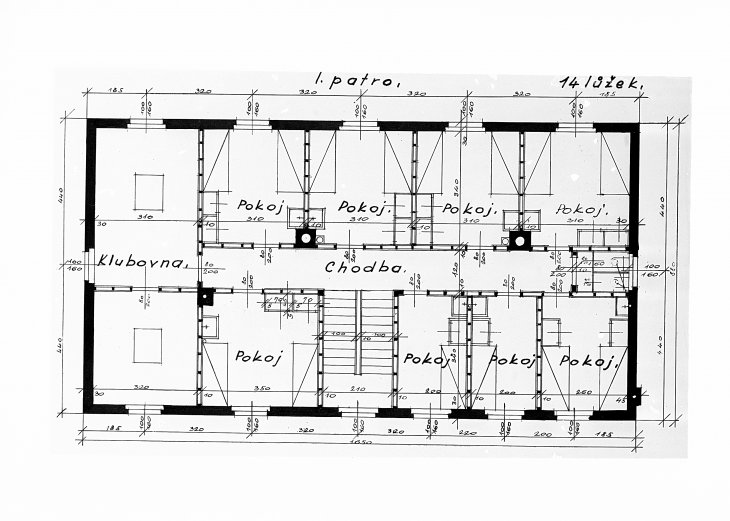 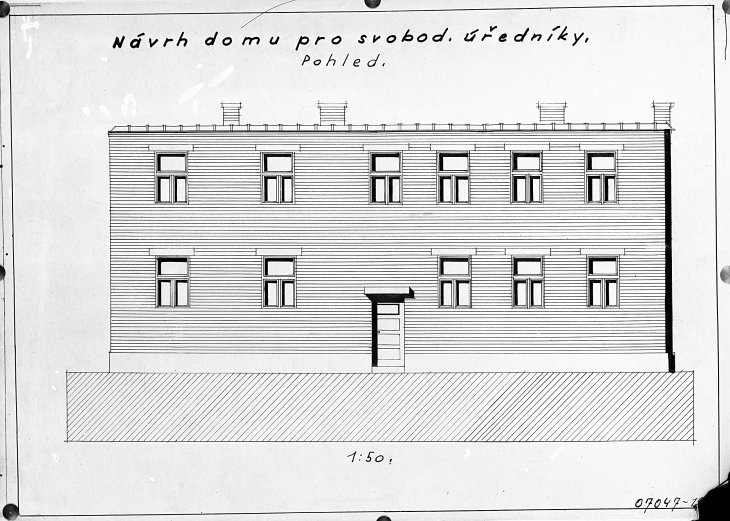 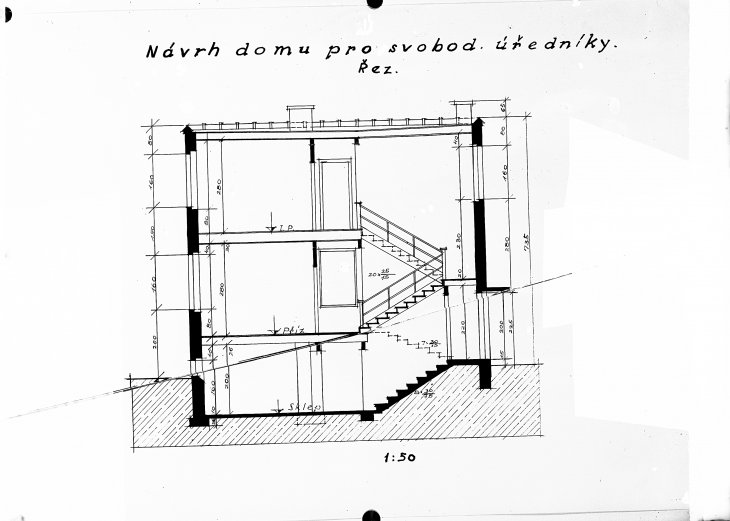 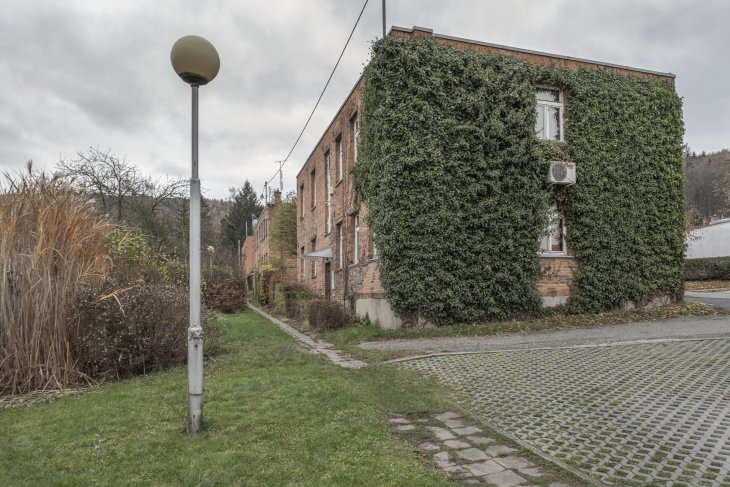 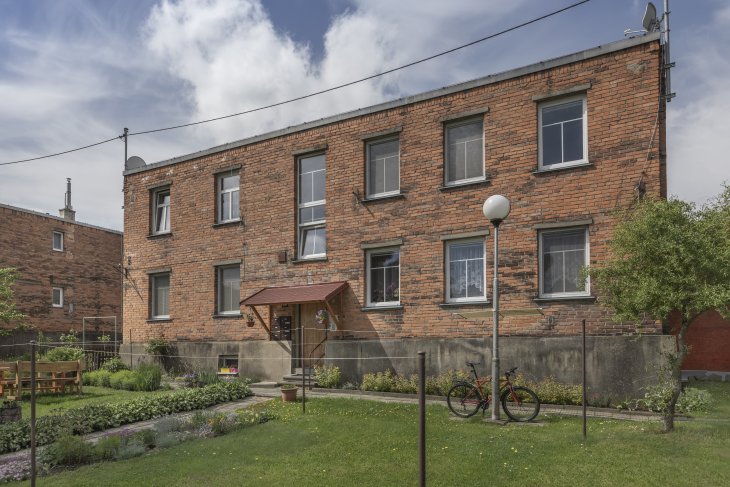 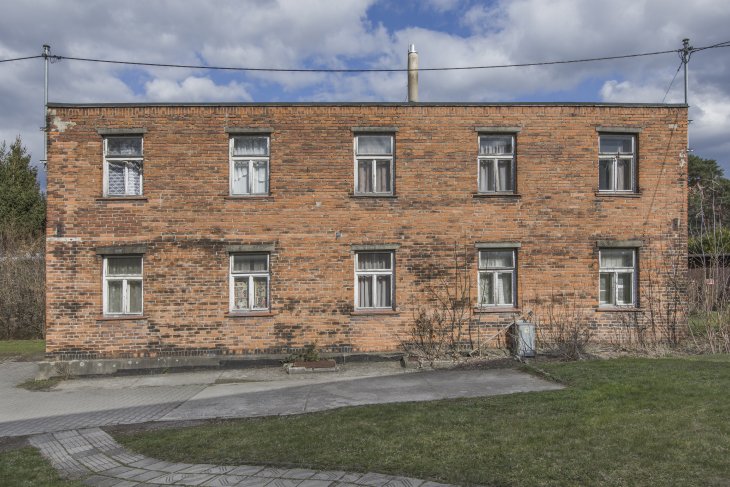 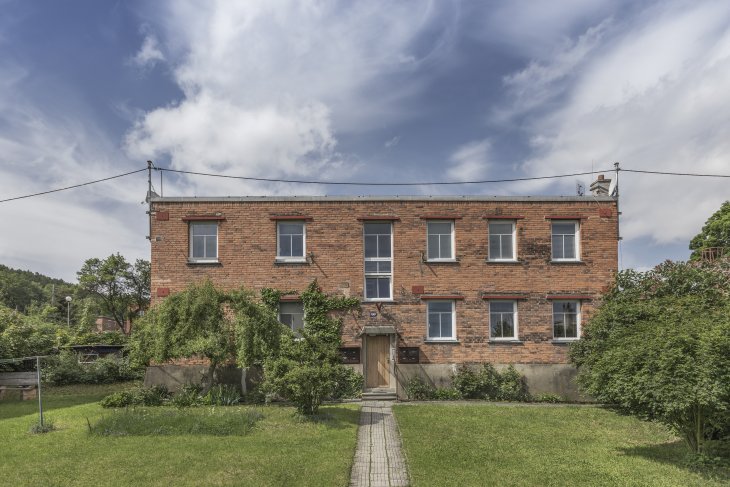