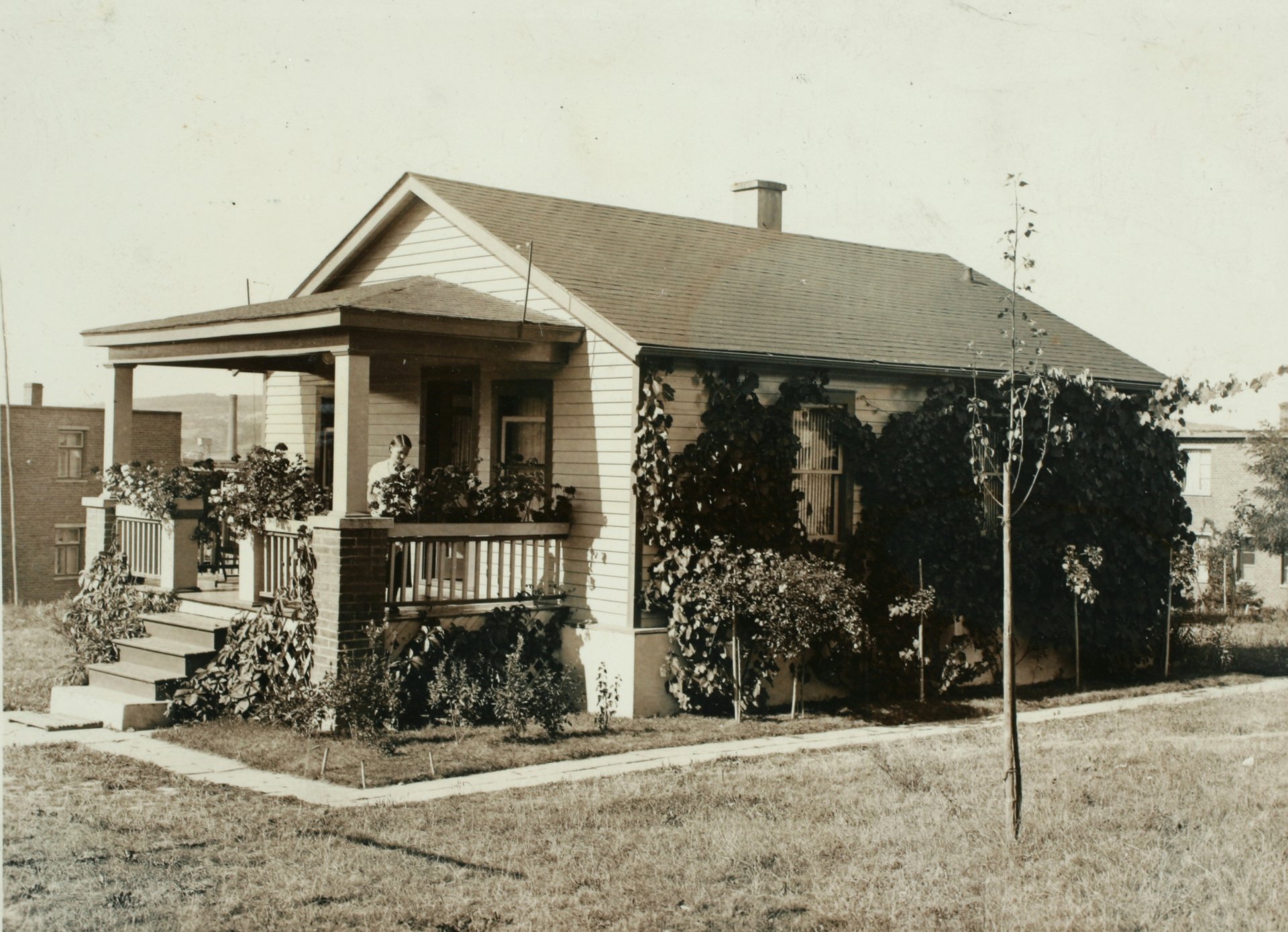 The construction of standardised family houses for married employees of the Baťa company was already fully underway in Zlín when, in the years 1927-1928, a house called Alladin was built. Nevertheless, in line with the overall corporate culture, the family business led by Tomáš Baťa continued to be interested in other possibilities and ways of streamlining, speeding up and reducing the cost of the construction process. A mechanical engineer, journalist, and active promoter of American life and architecture, Berty Ženatý, with whom the Zlín shoemaker was in close contact, mediated the purchase of a ground-floor wooden house from the American company Alladin. As a model of the American way of building, it was situated in the still-undeveloped eastern part of the Letná residential colony in the vicinity of Vysoká Street. A few years later, it was surrounded by bachelor apartments and semi-detached houses.

Alladin arrived from the United States by ship, disassembled into individual parts. Wooden boards, nails in boxes, paint in cans, rolled roofing, glazed windows, electric light bulbs and lamps - everything was ready for quick and immediate installation on site. In addition to all the components of the house, an expert in the typology of wooden buildings, builder Rudolf Švácha, arrived from the States at the request of the company to train Zlín craftsmen. The house began to be assembled in 1927, and the company received approval to use it for dwelling the following year. Although no other similar imported house appeared in Zlín, there were plans for wooden buildings in the future as well. Wooden houses of larger dimensions corresponding to typical semi-detached houses were built on a trial basis in Zlín and in a nearby company branch in Otrokovice. However, they did not suit the Central European climate.

The construction of the imported Alladin house was unusual for Zlín at this time. The walls were made of planks beaten with wooden slats, which were then plastered in the interior. Similarly the reed plaster wooden ceilings were unusual. However, the pedestal of the building, which also forms the cellar walls, was solid brick. The rectangular floor plan of the living area of the house with a gabled roof is extended by a protruding, slightly narrower, covered open porch. The porch is also the main decorative element of an otherwise modest residential structure. It combines the effects of a geometric ornamental filling of the porch base and its tubular wooden railing with brick pillars bearing subtle square wooden columns. The porch hides the main glass entrance door complemented by a pair of sliding American windows; the same windows illuminate the interior of the house from both sides. As the wife of Berty Ženatý, Františka commented on the pages of the Baťa magazine Sdělení in the article American Housing: “The entrance to the house should be cheerful, welcoming. The Americans say that the entrance to the house is a kind of visiting card.” The interior, with a clear height of 2.4m, is divided into 4 interconnected rooms and a living area. The bathroom, with bath and toilet, and the kitchen, from where the cellar is accessible, were inserted into the back of the house along the perimeter wall.

The Alladin single-family house still stands in the Letná district today. The most significant modern intervention is the low elongated extension at the back of the house, which expands the living space. The former entrance right in the middle of the veranda by a low staircase is now closed by a railing, and the house is entered through a door in the outbuilding. The decorative wooden grille under the porch now has a much denser weave. The number of windows has been reduced as well as their size. The overall architectural impression of the American house is still preserved, and the wooden building perfectly represents the stage of experimentation with the technological possibilities of corporate living and the period's fascination with the American lifestyle. 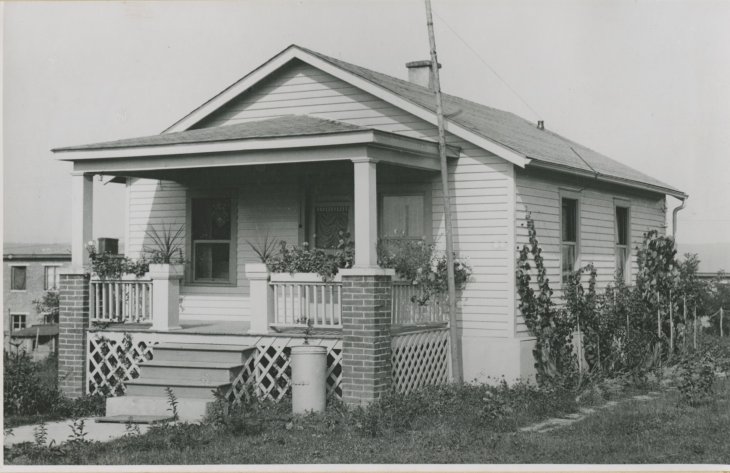 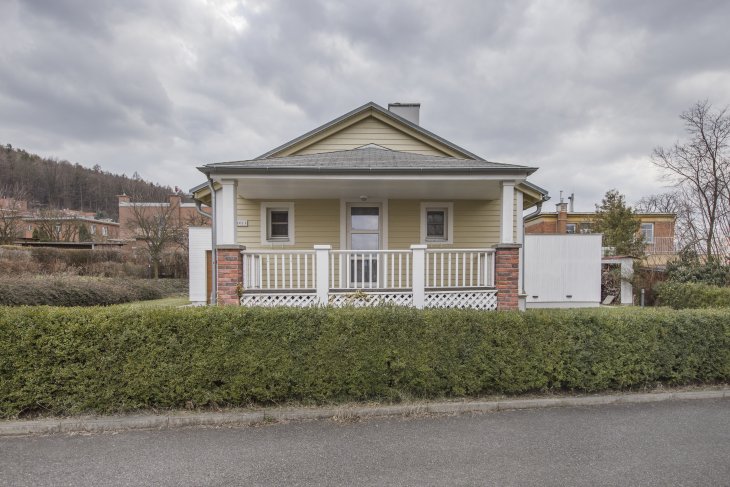