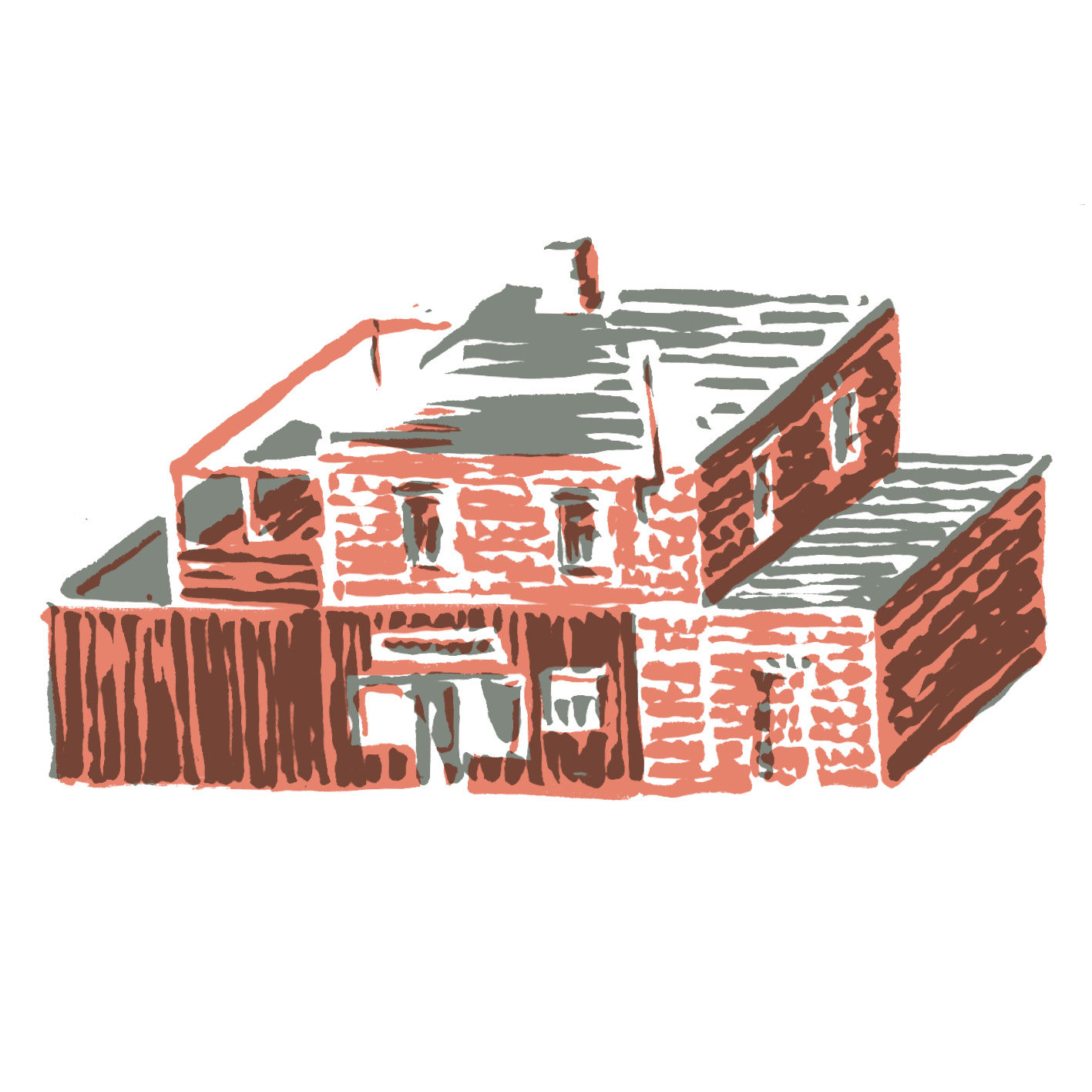 Duplex with Shop and Butchers

Master plans by the architect František Lýdie Gahura gave Zlín the appearance of a zoned town in the 1920s and 1930s, where all functions had a fixed location. The industrial zone, the residential district, the school district, and the business and social centre of Baťa's developing corporate headquarters were split into discrete areas. Yet, at the same time, one area logically followed another, based on how the company employees moved around the city according to their daily schedule. It soon became necessary to complement large neighbourhoods of family houses with small shops, leisure and sports areas, and educational facilities. In 1941, the first concentrated residential zone, Letná, acquired a small shopping area thanks to the adaptation of a house on Na Vyhlídce Street.
The duplex house with a basement, type1928, was built in 1930 or 1931 as a part of a group of 99 duplex houses in the three streets of Na Vyhlídce, Na Včelíně and Lipová. During the 1930s its ground floor was taken up with a sales area, but only ten years after its completion, between 1940 and 1941, was it extended and adapted for the needs of the shop with a dairy, and a butchers with a slaughterhouse. The standard cube of the duplex house was adapted with veranda-type outbuildings on both sides - the left for the dairy shop, the right for the butchers. Both were accessible directly from the street through separate entrances with a small glass window, similar to that in the original shop section, and their equipment met strict hygiene standards. The dairy (3.5m x 3.7m), illuminated by the side window, was connected to the adjoining shop by the newly-created entrance. Its interior was tiled up to a height of 1.8m, and was equipped with a countertop with an impermeable plate, an electric fridge, and a glazed sink. The generous store area was connected to a large storage area with two interconnecting rooms. The meat section stretched along the entire length of the ground floor (3.5m x 8.09m), and it was separate from the rest for hygienic reasons, accessible only from the outside, directly from the street. As with the dairy, it was tiled high from the concrete floor with cement screed. The upper floor of the house, which was originally a rest area for two separate apartments, was combined and served as a compact housing unit for operators of the retail space. This private living area was accessed directly from the warehouse behind the main shop, where a hallway and bathroom with a bathtub and toilet were located, which were also accessible to staff. Upstairs there was a kitchen (which was unusual in Baťa housing), a living room, and a bedroom and children's room.
The duplex was used for this purpose up until 2017, when the local convenience store was closed. The form to which it was converted between 1940 and 1941 is still visible, though to a large extent overlaid with later interventions - wooden slat cladding along the entire ground floor area, additional brickwork in place of former commercial shop windows or new advertising boards and signs. Now the house awaits its future utilization, while falling ever more into disrepair. 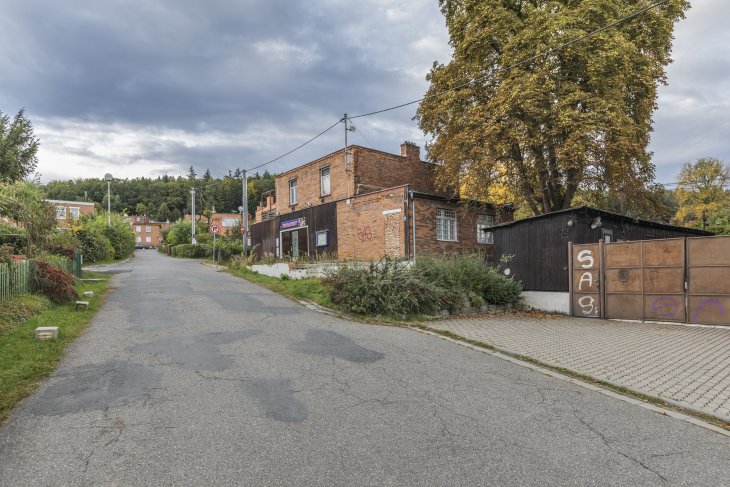 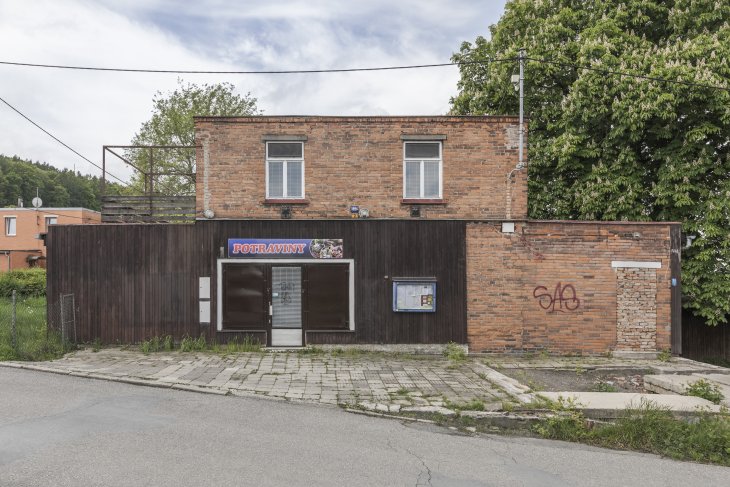