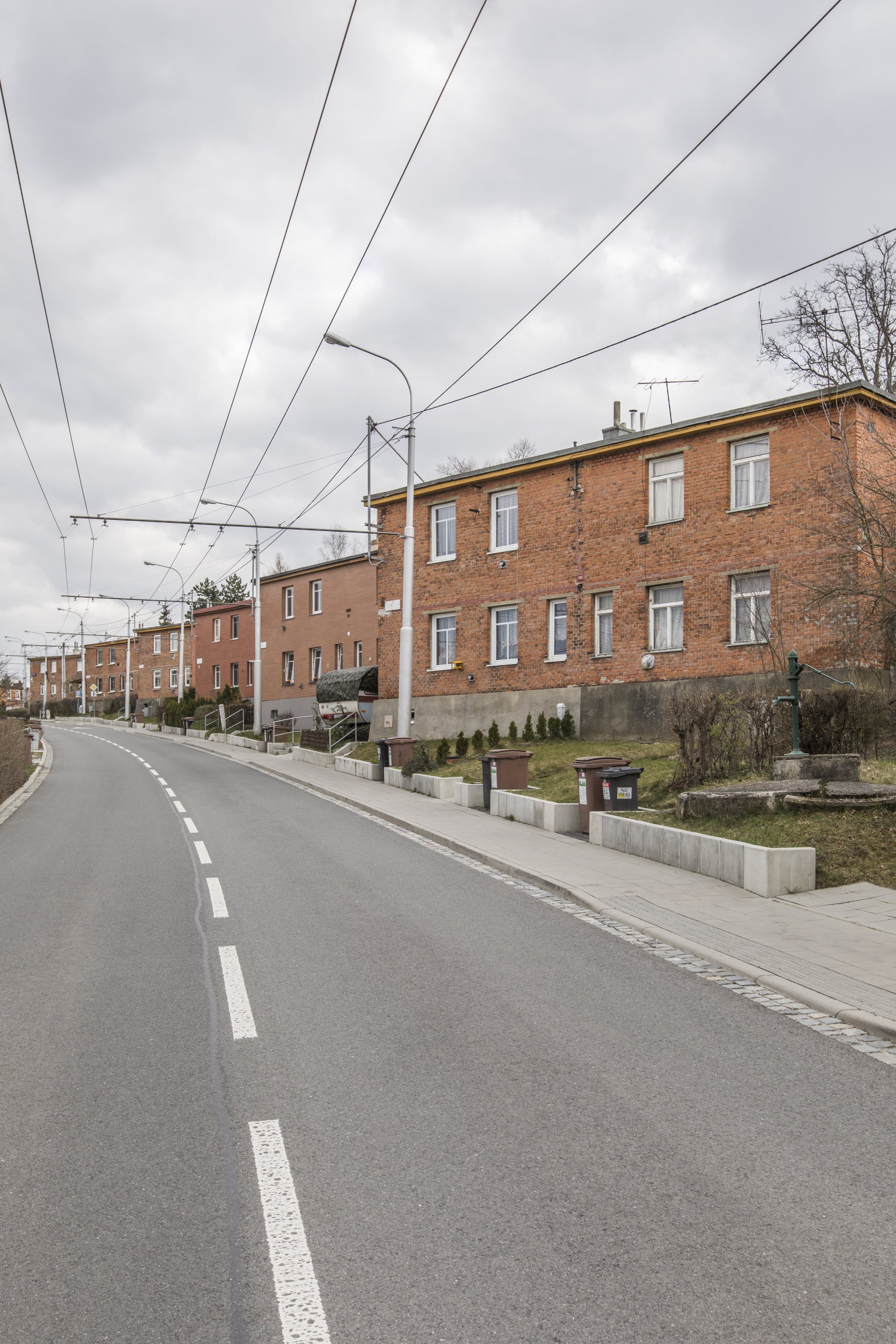 In 1915, Tomáš Baťa asked architect Jan Kotěra to create a new master plan for the first working class neighbourhood in Zlín. South of the factory site, on the sloping terrain, the Letná neighbourhood was established, an experimental colony of corporate workers' houses. Kotěra's plan set the first streets, which were enclosed during the 1920s and early 1930s with single-family houses, terraced houses, fourplexes with mansard roofs, and face brick fourplexes with flat roofs. Many of these early designs can no longer be found at Letná today. Some were pulled down to give way for new construction, others were hit by bombing in 1944. The first streets were Zahradnická, Antonínova, Kotěrova and Mostní. Kotěra's plan was further elaborated by his pupil František. L. Gahura, who in 1921 prepared the regulatory plan for Zlín and created the new streets in the Letná neighbourhood.

Mostní Street is one of the main roads intersecting Letná and is lined mainly with face brick fourplexes with flat roofs. These are buildings with four housing units and dimensions of 17 x 9 meters. To build this type of house on a sloping terrain meant coping with height differences. At the beginning of Mostní Street, the houses are set in street rows with their longer front parallel to the street axis. However, such a solution was expensive and difficult to build. The construction department of the Baťa company with František L. Gahura tried to make the construction more efficient and therefore cheaper. Gahura decided to align the houses with the contour lines of the natural terrain. The houses are turned and only one corner of the house determines their position relative to the street. This purely practical principle has brought economic, aesthetic and technical advantages. The natural form of the terrain was not disturbed; the mass of the house was installed parallel with the terrain, with each house situated individually, according to the required configuration. Thanks to this procedure, every part of the street has a different character, and despite the use of the same volume of houses the street does not look monotonous. Pleasant nooks result naturally in between the fourplexes. Later, the same way of turning the houses against the street was used in other quarters such as Zálešná or Podvesná. The terrain of both of these neighbourhoods by the river is almost flat; the aim of turning the houses here was to create spaces among the houses that give the impressions of their being larger than they actually are.

In 2016, an extensive reconstruction of Mostní Street was completed. The street was extended by 75 cm, the road is two-lane, the surface of basalt blocks was replaced with asphalt, a pavement was built on one side and the intersections elevated to slow down traffic. Reconstruction improved the road and pavement, but at the same time changed the original character of the street. Mature trees were sacrificed. 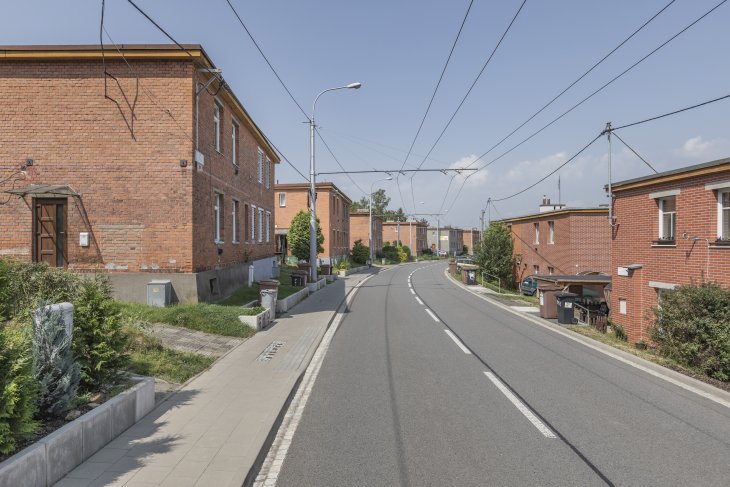 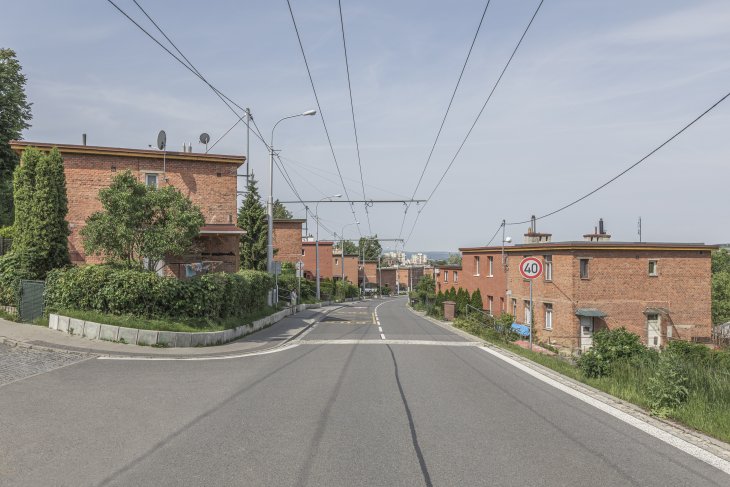