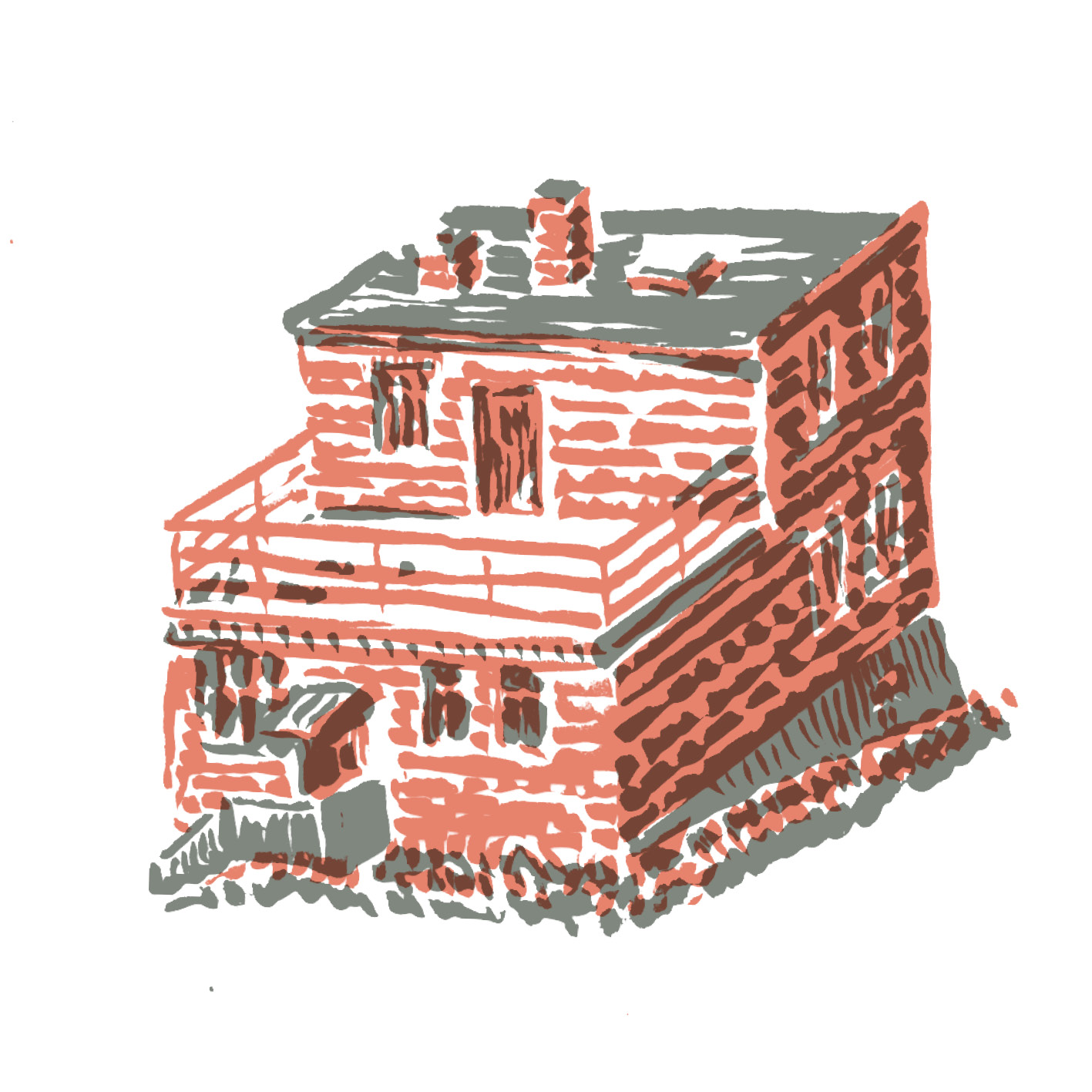 The Baťa company paid great attention to employee housing in the 1920s and 1930s, and a clear structure of the company's accommodation policy soon crystallised. Depending on age, marital status or position in the company, it offered its employees several types of accommodation. For the youngest students of the Baťa School of Work, collective accommodation was available in shared dormitories, for unmarried officials, doctors, or teachers, there were slightly smaller and more comfortable common bachelor houses. Married employees with their families could apply for rental housing in detached houses in the districts of Letná, Zálešná, Podvesná, Díly, and Lesní. The residential house intended for only one family was on the top of this pyramid structure, above the fourplexes and duplexes intended for the main mass of workers.

The single-family house was supposed to provide a higher standard of living for higher ranking employees of the company, who worked outside production, most often in administration, education, or healthcare. According to the Baťa Yearbook of 1940, single-family houses accounted for 17% of the total number of 2,048 houses in working-class neighbourhoods. Thanks to this limited number, among other things, the individual housing zones mostly blended naturally and alternated with the most widespread type of building - the duplex. The privileged city district of Nad Ovčírnou, reserved only for single-family homes of senior employees, was an exception, as well as a group of single-family homes around Slovenská Street in the Lesní district.

The single-family houses were well-equipped modern-style houses that provided a generous living space with an entrance hall, kitchen, pantry, and a living room on the ground floor. Families could take advantage of the comfort of the parents' and children's bedrooms upstairs, and an additional room, for example for guests. In addition, single-family houses, like semi-detached houses, were electrified, connected to the city sewer, and always had bathrooms with a bath and toilet, and a kitchen with running water. Thanks to their size and to the fact that they were inhabited only by one family, they guaranteed a variety of floor layouts, and the company implemented them in many different versions. The basic version of the 1930 type or the Fryček type, which are often located in the Letná or Nad Ovčírnou districts, were the simplest in terms of volume composition, with an entrance directly from the front. Other designs (single-house with a veranda, single-house with a garage, Ríša type, teacher's house) extended the single-house with a protruding entrance porch or a ground-floor garage, which also created a base for a spacious outdoor terrace on the first floor, accessible from the bedroom. The basement of the single-family houses often hid additional ancillary facilities, such as laundry rooms and drying rooms. Their individualised and at the same time financially most demanding versions were designed by individual architects employed in the company's Construction Department during the 1930s and aimed more at the typology of a modernist villa that responds to the living requirements of specific residents.

Despite their unique features, the single-family houses were a standard part of the system of standardised company construction, which was executed with almost scientific accuracy, and was extremely carefully organised. From the initial design to the final implementation and handover to the occupants, it was a clearly-defined automated procedure, ensuring short completion dates and low prices. From the initial process, when the houses were built by a platoon of workers, it developed into a system where each partial construction activity was assigned to a specific craft group (carpenters, joiners, window makers, masons) which focused on one of the areas. The craft teams took turns at each of the houses according to the set work plans and then systematically continued from house to house. One duplex or single family house could be completed in 11-14 weeks. That is why the company was able to accommodate the rapidly growing population. In the context of the Czechoslovak industrial environment, such a pace of expanding family housing with a high standard was something unprecedented.

The single family houses met a similar fate to the other types of corporate houses. Today, in most cases, they are privately owned, still inhabited, and therefore have undergone a number of current interventions in the layout, the volume of the building or the appearance of partial architectural details. Very few houses have been preserved in their original state. Unlike the much more commonly expanded duplexes, the single-family houses are more often similar in size or organisation of indoor and outdoor spaces to the initial design. In addition, the alterations to the houses must respect the rules set by the city's monument zone, the aim of which is to preserve as much as possible the unique urban structure of the working-class districts, and thus preserve their typical character for future generations. 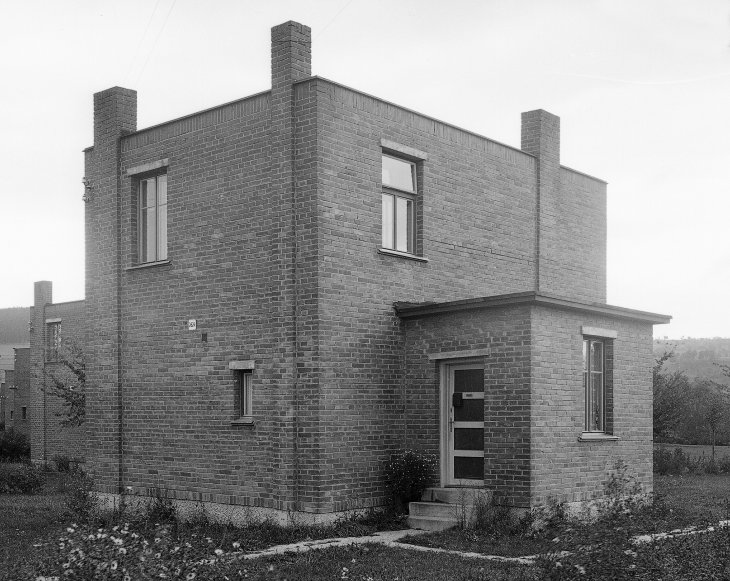 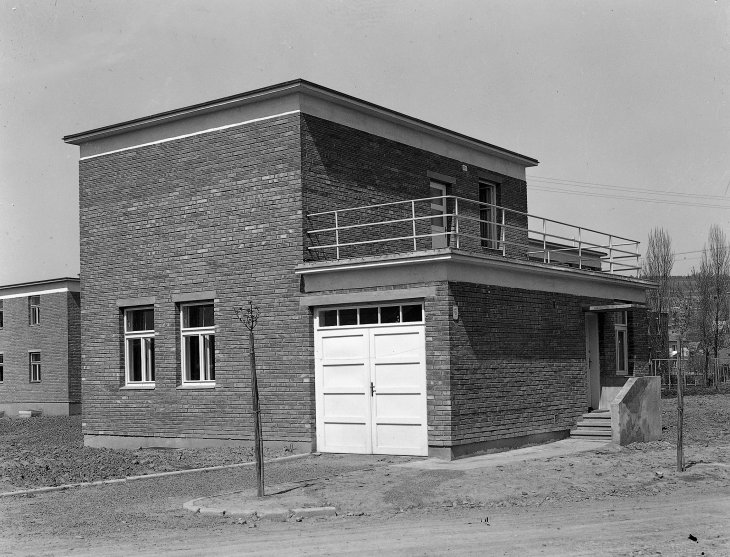 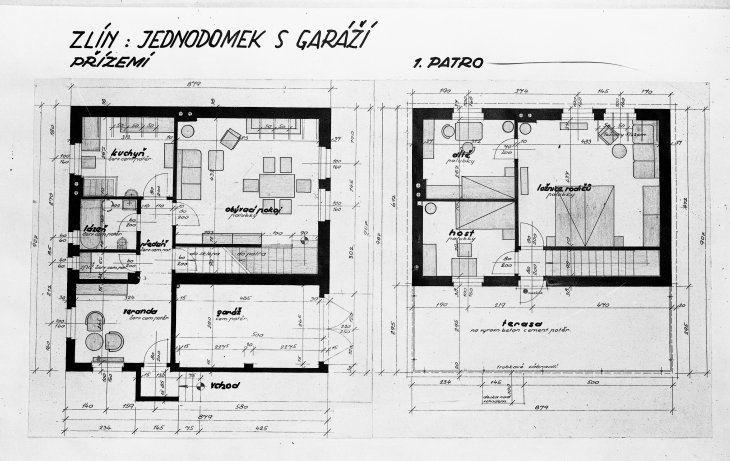 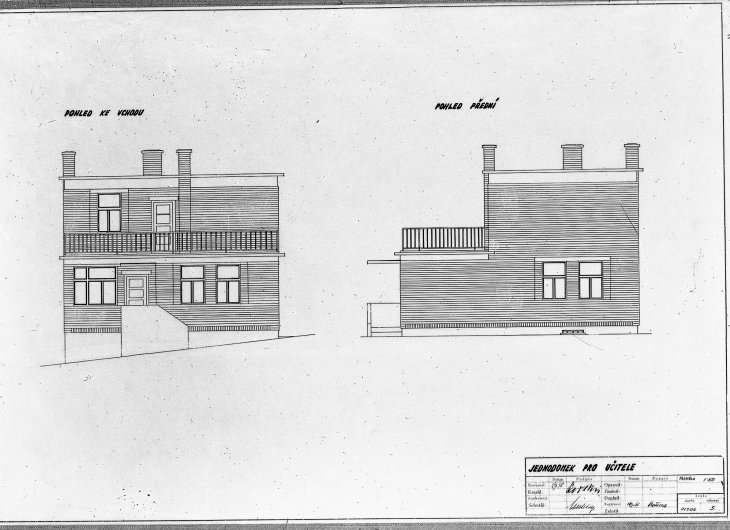 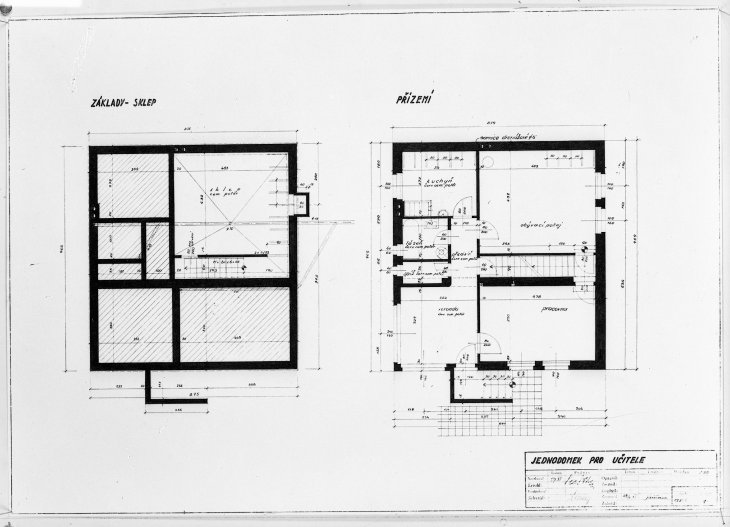 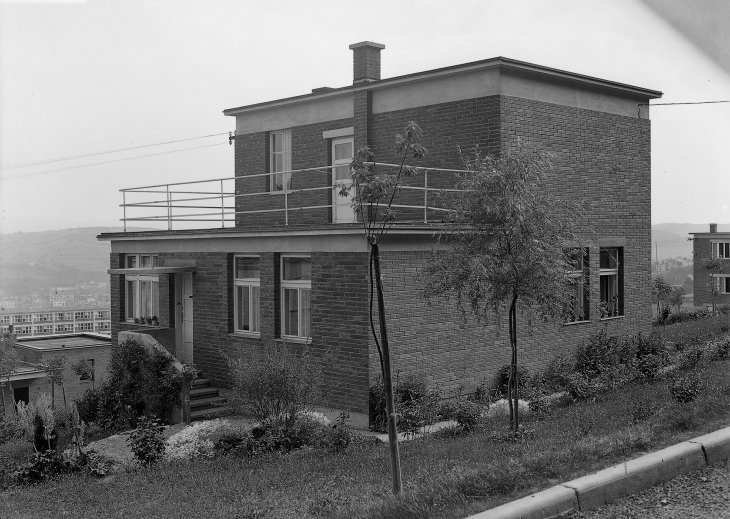 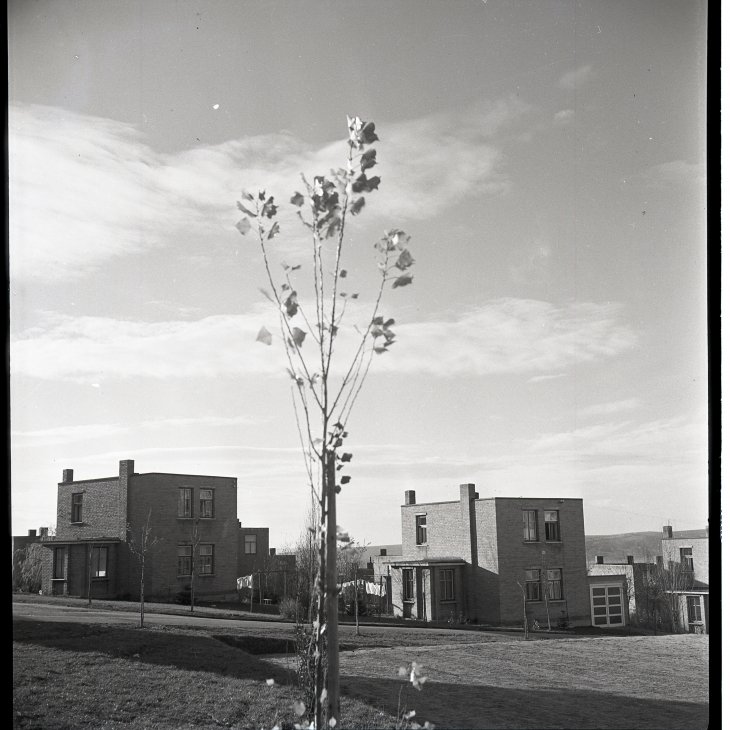 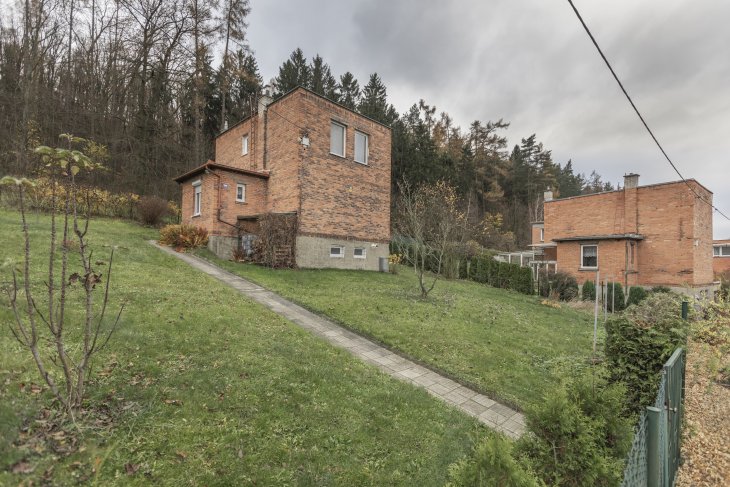 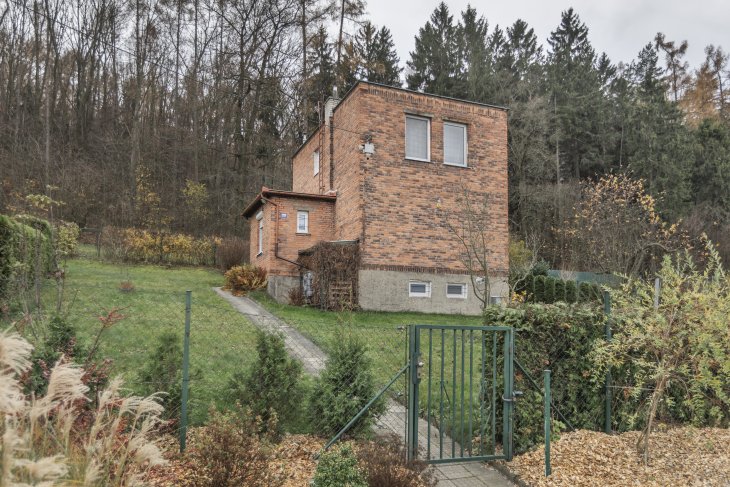 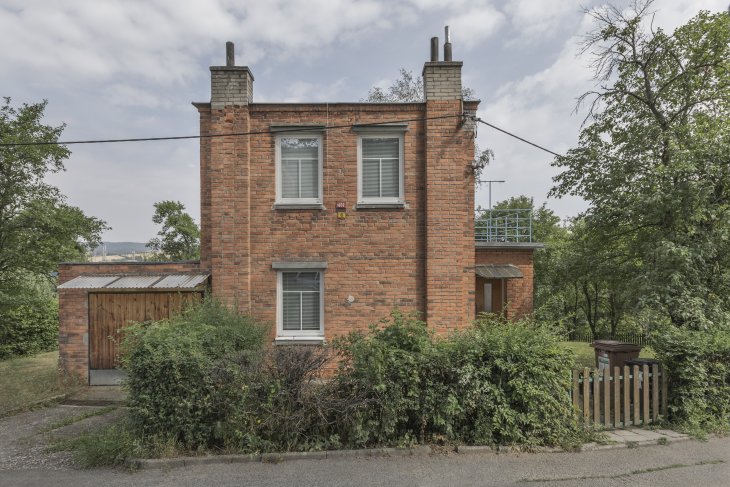