The accommodation policy of the Zlín shoemaking company in the first half of the 1920s was marked by a very experimental spirit. The company conscientiously sought the most suitable type of housing for its employees. A period of rapid economic growth had led to a flood of workers into a small town with insufficient accommodation capacity. Immediately after the end of the First World War, Baťa implemented a series of initiatives in the area south of the production district to provide workers with a better standard of accommodation than that provided by the existing temporary collective dormitories. Plastered fourplexes with flat roofs were built in 1924–1925, complementing the existing terraced houses with mansard roofs along the road to Malenovice, detached houses for office workers (Hradčany) near the Březnice road, and fourplexes with mansard roofs on Antonínova and Kotěrova streets. These new houses supplemented existing mansard houses at Kotěrova Street and offered a very similar living standard. They were designed by a couple of Zlín based builders J. Maňas and K. Blahoňovský, and were the property of the Baťa Company, who would provide them to their employees from 1925 onwards.
Without the dominant, intricately composed, inefficient (both in terms of time to build it and the cost) mansard roof, the longitudinal house with a basement and four mirrored, identical flats was given an abstracted cubic form. Small halls protruded on the shorter sides of the buildings, from where each apartment was entered via a pair of entrances. The light-coloured facades facing the street were divided by two-part windows (four per apartment) and a narrow toilet window on the ground floor. The wooden roof structure of the house was not yet completely flat as in the case of the future unplastered fourplex, but it very gently and inconspicuously sloped into a saddle shape. All apartments were on two levels. The ground floor was equipped with a living kitchen (5.92 x 4.12 m), and a bathroom with a flush toilet, the upper floor was accessible via a staircase which led along the shorter side of the facade with a bedroom (7.4 x 4.12 m). A similar design was applied shortly thereafter to the first serially-built unplastered fourplexes at Letná. Another variation of the plastered fourplex (type B) was built in the same period at Podlesí Street. It differed from type A at Kotěrova with its wider entrance hall spanning two floors, a smaller number of three-part windows, and a larger bathroom with a bathtub.
Of the set of ten plastered fourplexes at Kotěrova Street, nine are well preserved to this day, the tenth was damaged and demolished after the bombing of Zlín in 1944, together with several nearby mansard houses.The houses have undergone a number of additional alterations (new plaster, insulation, replacement of architectural details such as windows and doors). Some of these fourplexes still have an original oval window in the hall. Most of the houses have been adapted with modern veranda-type annexes to expand the living space of these modest dwellings. Nevertheless, it is still possible to recognize the original space and overall layout of some of these houses, a valuable insight into the early phase of corporate housing development in Zlín. 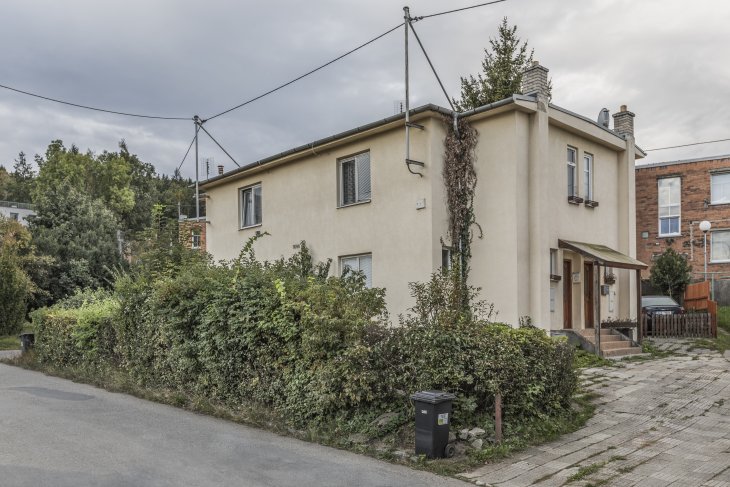 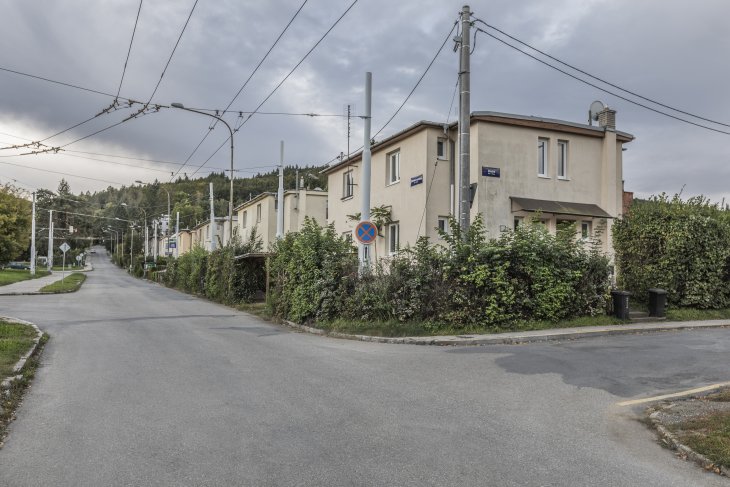 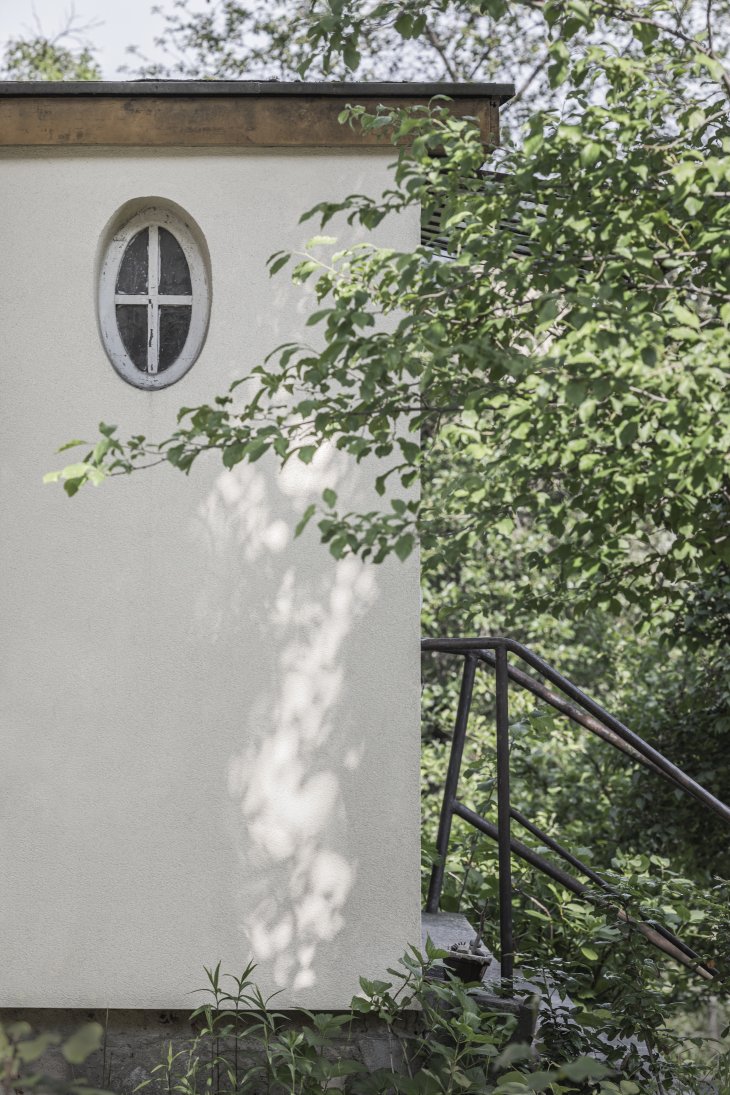 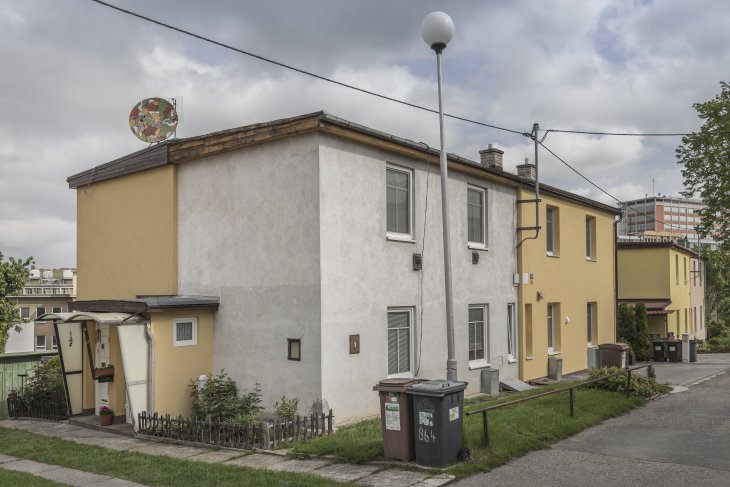 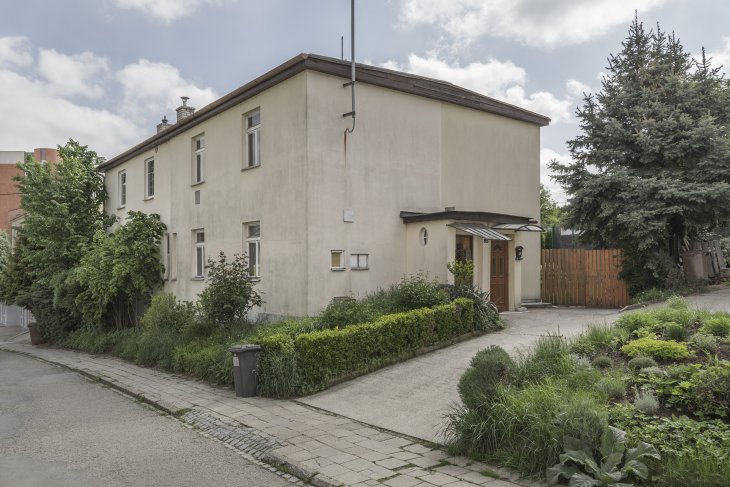