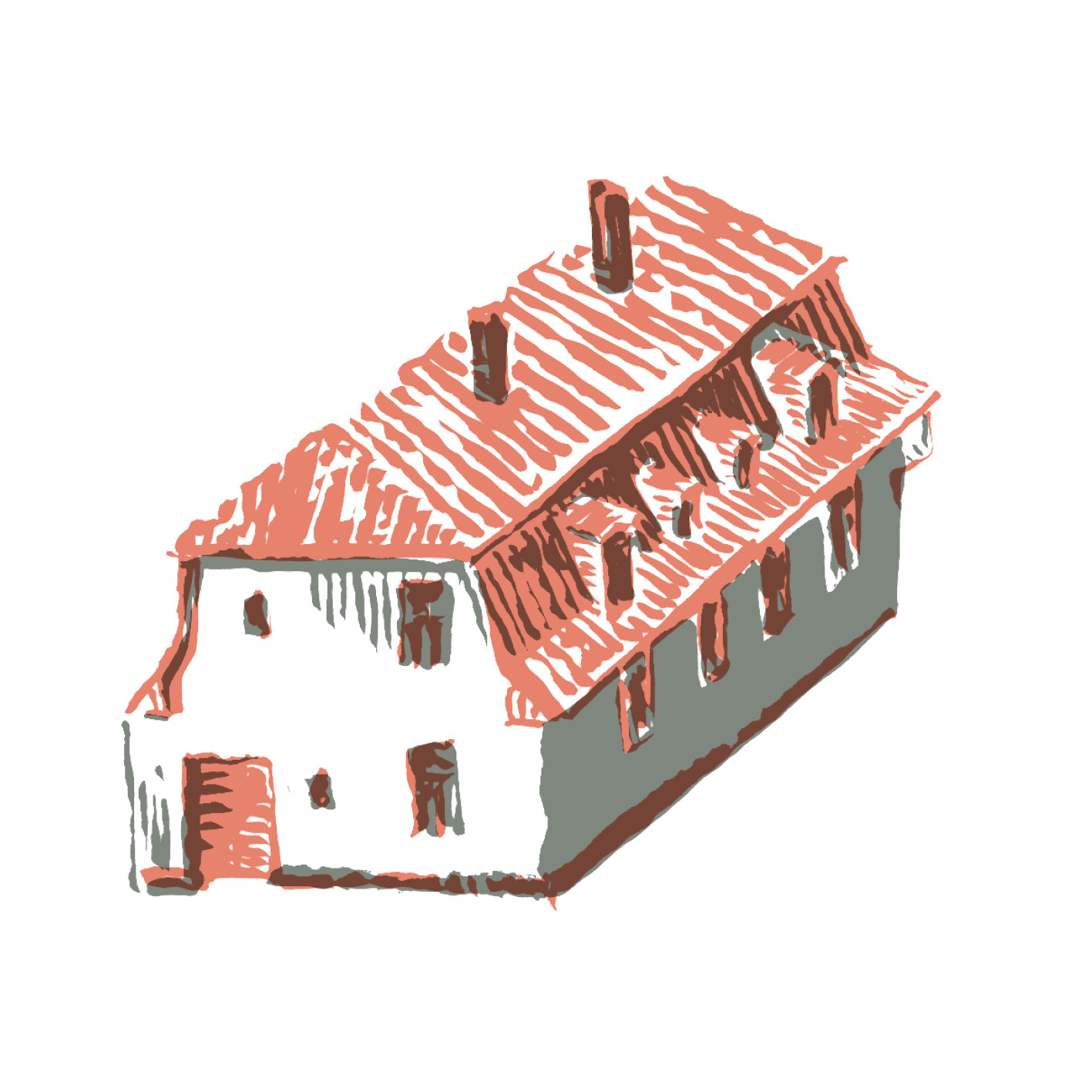 House with a Mansard Roof

The four-storey house with a mansard roof on Kotěrova Street in the Letná district shows how Baťa's activities in the area of employee accommodation developed in the period immediately after the end of the First World War. During the war years, the company won important contracts, thanks to which it was able to massively expand footwear production, and thus increase the number of employees to 4,000 in 1918. With the post-war crisis and changing markets, there was a temporary decline in production and the number of employees decreased to 1802 in 1923, but the housing facilities of Zlín were still insufficient. The company therefore tried to solve the housing shortage in the city by building a series of workers' houses.
As early as 1915, Tomáš Baťa approached Jan Kotěra, a Prague architect and professor at the Academy of Fine Arts and the Academy of Applied Arts in Prague, who had prepared a family villa design for Baťa shortly before to prepare a residential zone design for the company's employees. Kotěra had long been concerned with working-class housing. He designed neighbourhoods of workers' houses for state railway employees in Louny, Záběhlice near Prague, and Dvůr Králové emphasising a balanced relationship with the surrounding environment and terrain, the needs and daily habits of industrial workers, and the price of land. One of the most important representatives of Czechoslovak modernity therefore created the workers' district for the Baťa company in a regulation plan from 1918 as a generous garden district with independent family houses inspired by the English garden town movement and the work of Ebenezer Howard. Jan Kotěra's design defined the character of corporate housing in the following decades. Kotěra's student architect František Lýdie Gahura, who became the main master planner of interwar Baťa's Zlín, closely followed his concepts in the first half of the 1920s.
The set of five family houses with four residential units dating from 1922–1923 was situated within walking distance of the factory complex, not far from the now unpreserved terraced houses with a mansard roof along the road to Malenovice. Unlike the collective temporary hostels, it was to offer industrial workers the comfort of living in a family house with garden facilities. The simple rectangular mass of the building measuring 17 × 8 m was broken up by several small windows and an entrance along the shorter side of the building. The houses were supposed to represent a type of inexpensive housing, and their architectural embellishment is therefore limited to a stone plinth and a distinctive mansard-shaped tiled roof constructed with wooden planks and beams, which extends into the facade of the entire upper floor. However, even these details were abandoned by the company in the following years and they turned to an even more economical solution of unplastered brick houses with a flat roof. The first company fourplexes which had chicken coops and barns display the homestead character of the gardens. They were supposed to suit the predominantly rural population at that time, but were soon abandoned and the gardens in Zlín gradually turned into strictly residential and resting places. In contrast to their plastered and unplastered successors with a flat roof, these fourplexes with a mansard roof were organised differently in terms of floor plan. Each of the four identical living units consisted of a bedroom, a kitchen and a bathroom with running water. The layout was differently arranged in floors, each unit was spread over one floor, while the entrance was common to two apartments and, like the internal staircase to the first floor, located in the corner of the house.
Of the original group of four-family houses of this type along today's Kotěrova Street, only one remains today. The rest were destroyed by bombing during World War II or were demolished during the construction of surrounding public buildings in the second half of the 20th century. Although the house bears a number of modern modifications, such as the replacement of wooden windows with plastic ones, additional entrances with cantilever roofs, and sheet metal roofing, the original architectural form is still very clearly visible in its structure. It thus represents a valuable example of the early accommodation strategies of the Baťa industrial enterprise in Zlín. 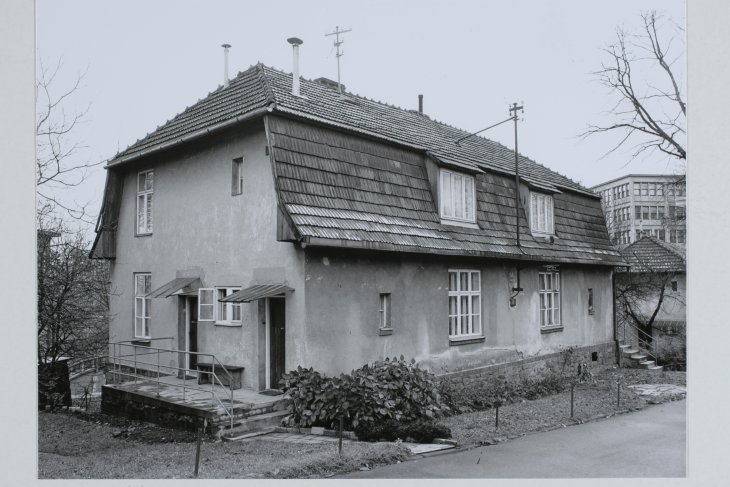 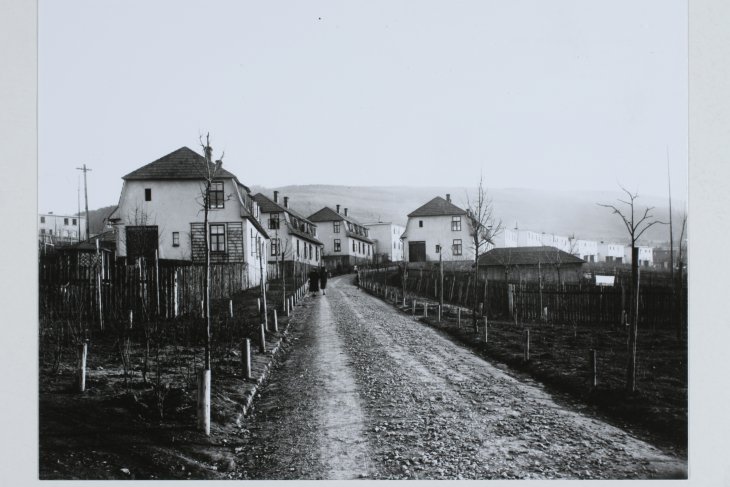 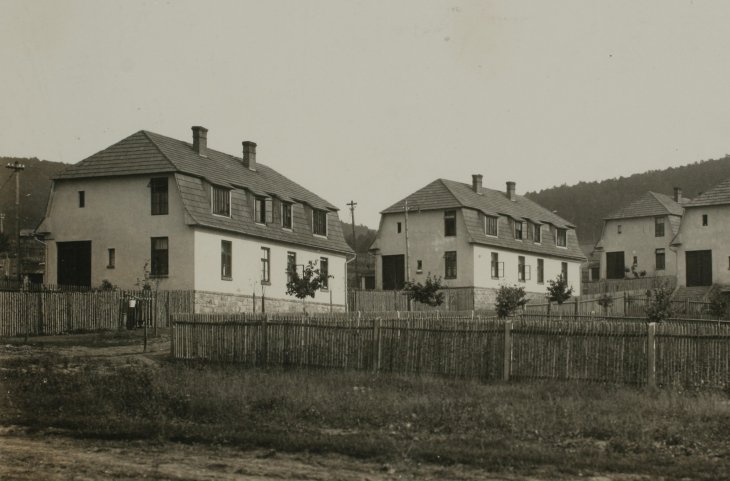 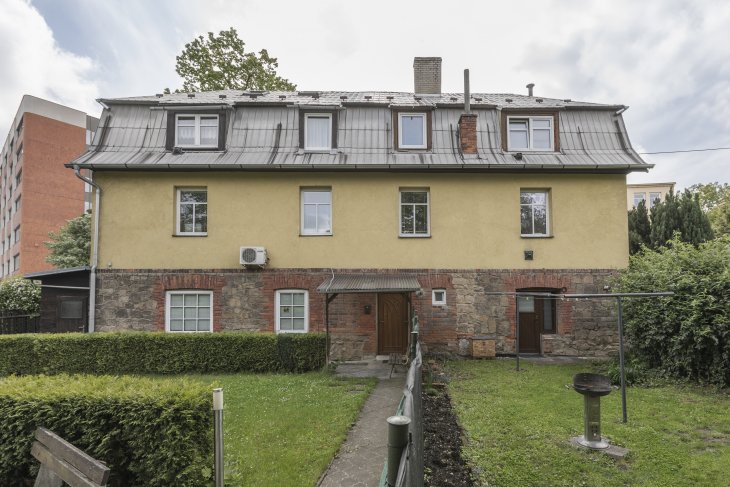 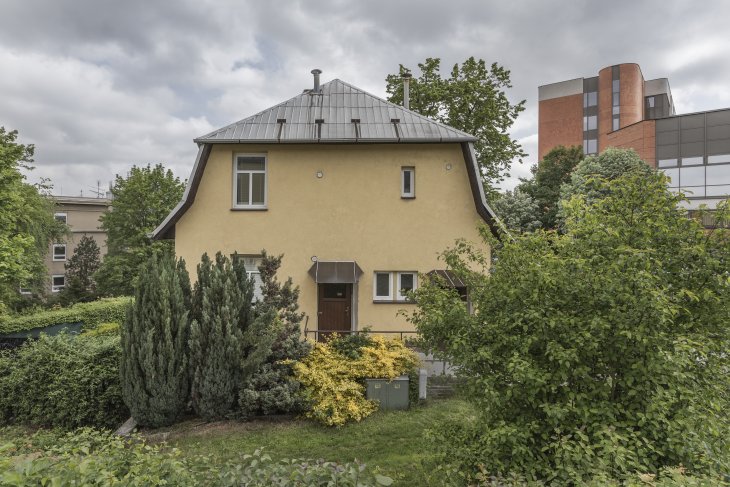 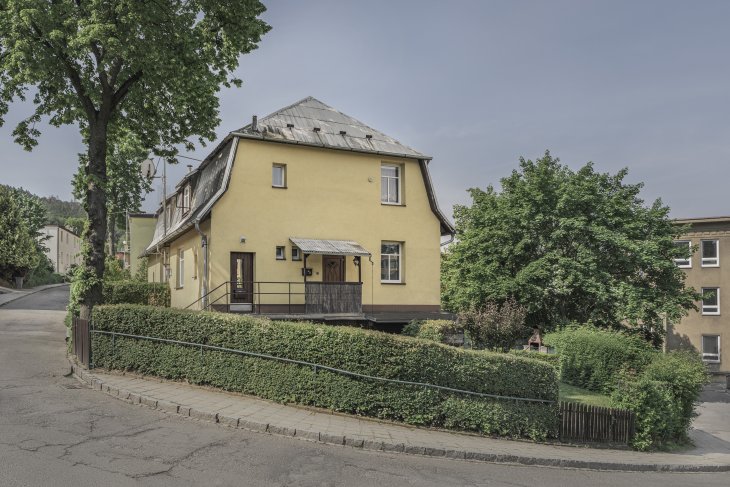 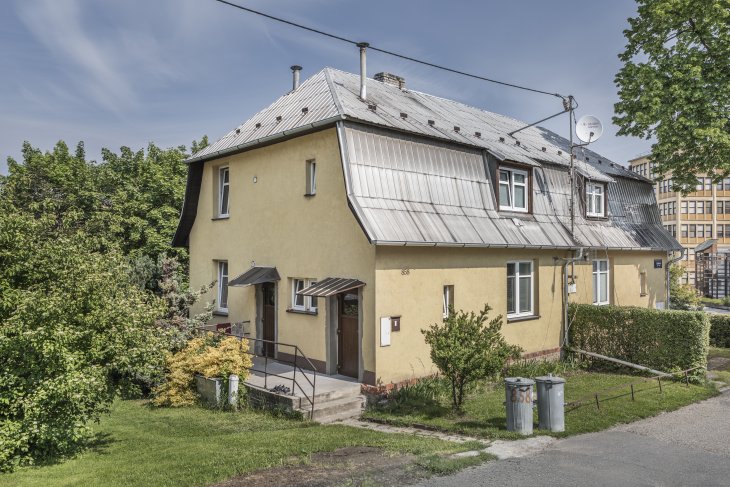