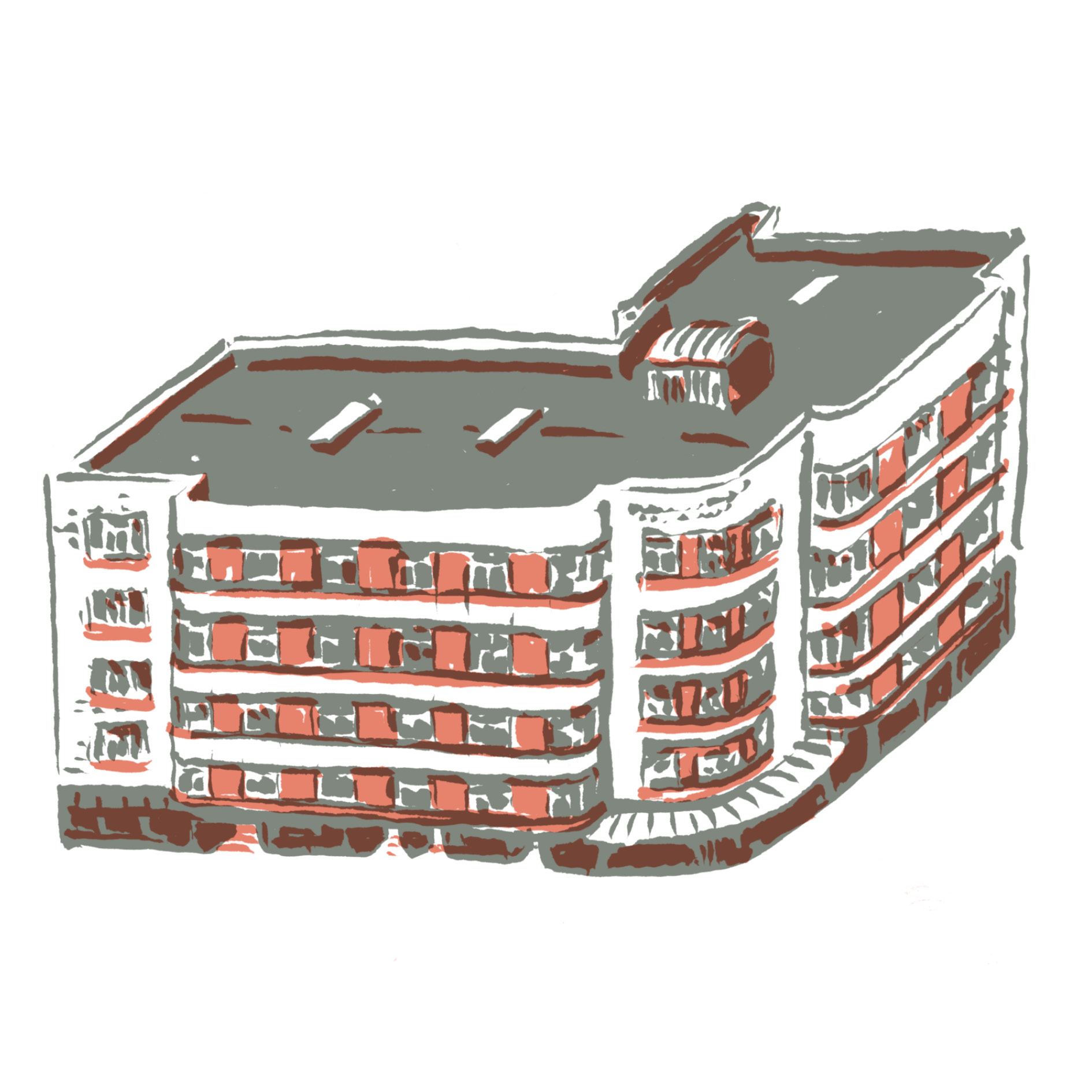 The commercial and tenement apartment building, built for the couple Marie and Eduard Trantírek between 1939 and 1940, filled a vacant plot on the southeast edge of today's náměstí Míru (Peace Square), at that time known as Masarkovo náměstí (Masaryk's Square). The traditional historical city centre underwent a number of significant changes during the 1920s and especially the 1930s, starting with the demolition of the southern street front and the connection of the square zone with the newly built Tomáš Baťa Road, completed in 1934. This modern thoroughfare was created to ensure a better connection between the developing factory area and the adjacent community centre of Labor Square in the west and the original urban centre in the east. At the same time, a number of modern houses for small business owners were built in close proximity, combining a commercial function on the ground floor with a residential area on the upper floors. Trantírek's house is one of the most significant, and at the same time, best quality example of this interwar typology in Zlín.
Eduard Trantírek was a merchant, who was politically active in opposition to the Baťa Company and acted as a representative for the National Socialist Party. For a large and symbolic house with five floors he used an attractive plot on the edge of Naměstí Míru. The first proposal from 1938 bears the stamp of architect Miroslav Lorenc, however the design according to which the house was subsequently realised, was completed in 1939. Its author, Viktor Jandásek, worked in the town in the 1930s and 1940s as an architect and builder focusing mainly in the sphere of apartment buildings with a commercial parterre. On náměstí Míru, two neighbouring buildings were built according to his designs - Trantírek's house was created in the same period as a smaller and one floor lower house for Richard Nesvadba. They share a common feature in generous glazing and elegant rounding of the ground-floor shop windows. In the case of Trantírek's house, however, the parterre is more plastically structured by means of deeply inserted entrances to the living quarters, surrounded by lightweight, completely transparent, curved sales areas that could be shielded by fabric awnings if necessary. The architect designed the residential building into an irregular L-shaped ground plan with a longer façade facing the square, and the shorter façade running along the Tomáš Baťa Road. The corner of the house, as well as the massive avant-corps, spanning the entire height of the residential floors, and the shop windows, are significantly rounded. The individual floors in the avant-corps sections are separated by colour-coded continuous ledges. The strips of mostly four-part windows are rhythmically divided by brown tiles between windows, which correspond to the lining of windows in the remaining parts of the façade, otherwise completely covered with light-coloured tiles. The courtyard façade is left completely clear, divided only by the subtle rounded tubular railings of the balconies. The house had a basement and offered 7 commercial premises (the largest in the corner) on the ground floor and comfortable two- or three-room apartments with generous rooms facing the street and kitchens and bathrooms facing the courtyard.
The building has been preserved in its original form to the present day - the lower floor still serves for business and shopping, only the operators change over time. For many years, however, the residential area has remained more or less empty due to protracted property disputes. With the lack of ongoing care the condition of the house has deteriorated. Ironically, this has helped to preserve original architectural details (wooden window frames, multi-coloured façade cladding, rounded shop windows on the ground floor, railings of internal staircases and balconies to the courtyard, sharp edges of window panes on the corners). Therefore, Trantirek's house remains an excellent example of functionalist architecture in Zlín, executed from outside the dominant culture of Baťa commissions. 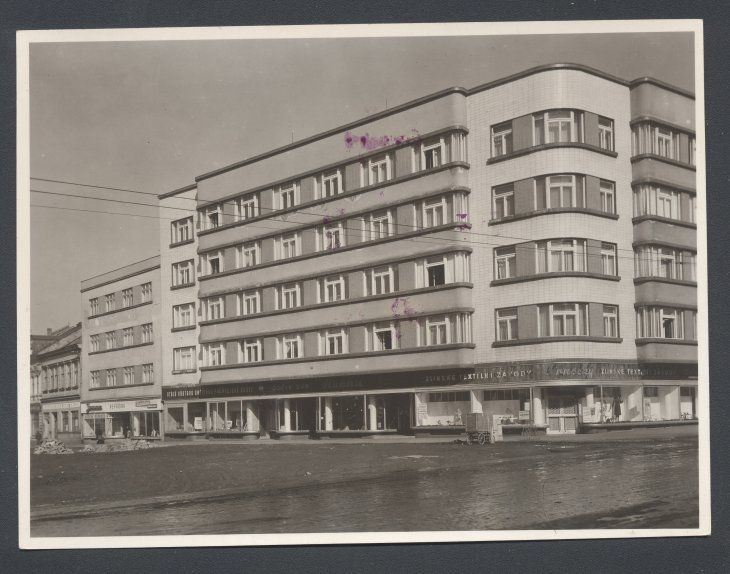 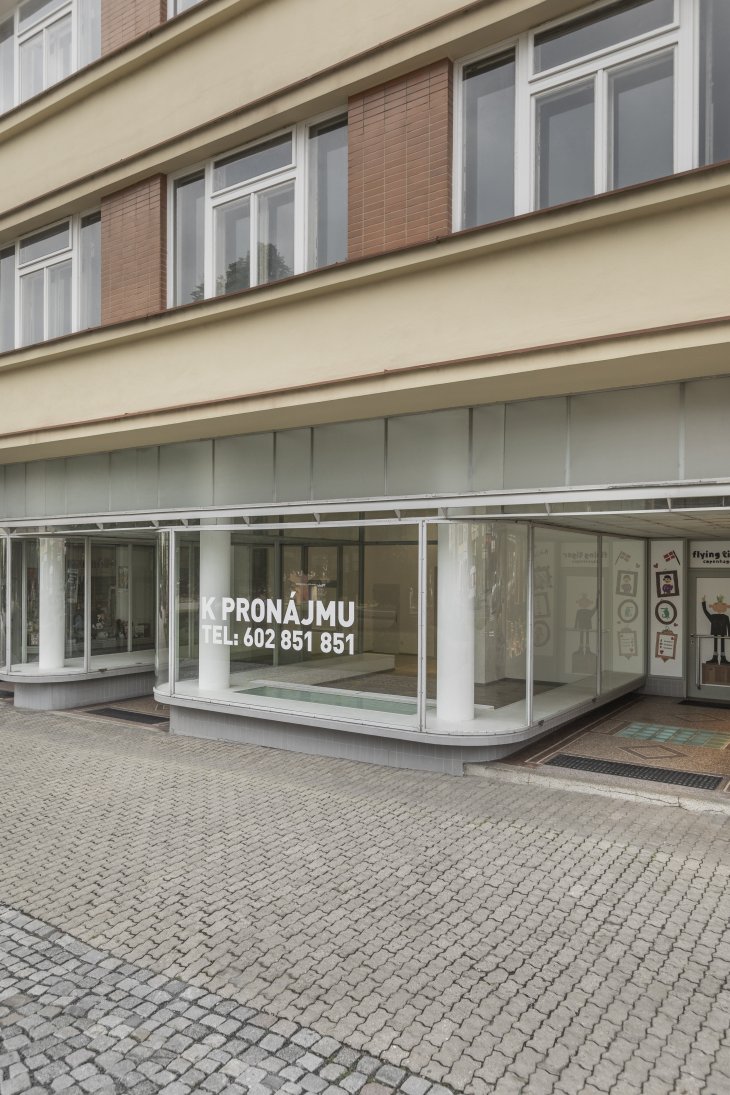 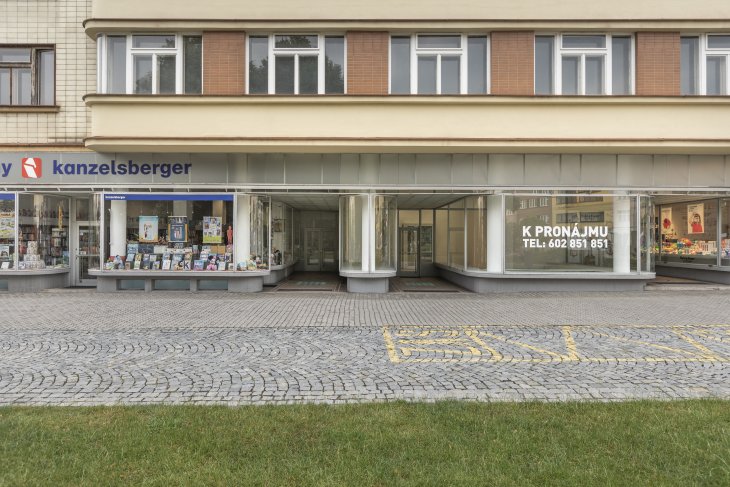 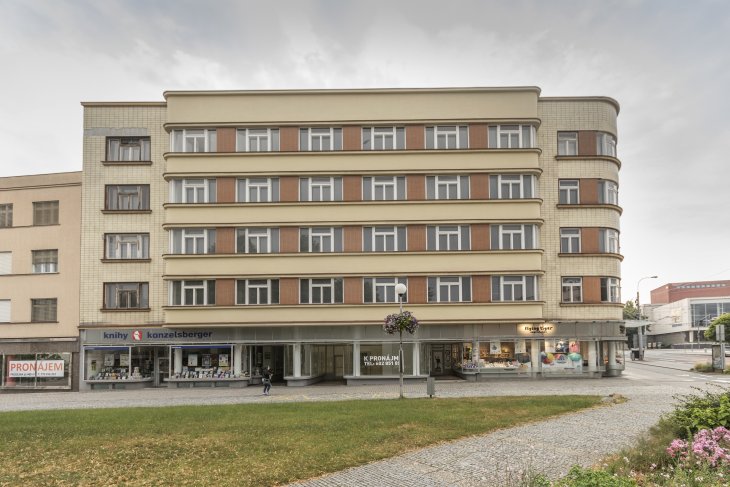 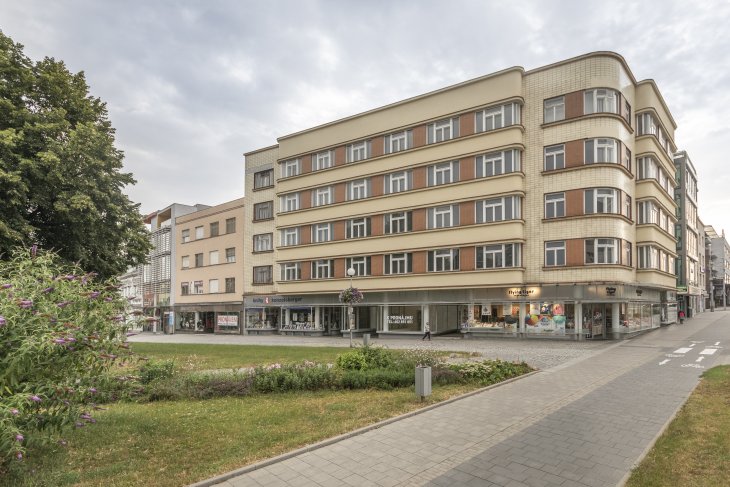 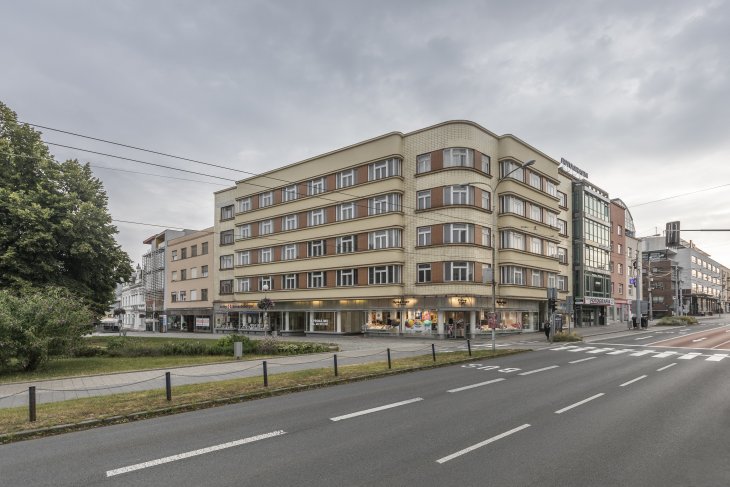