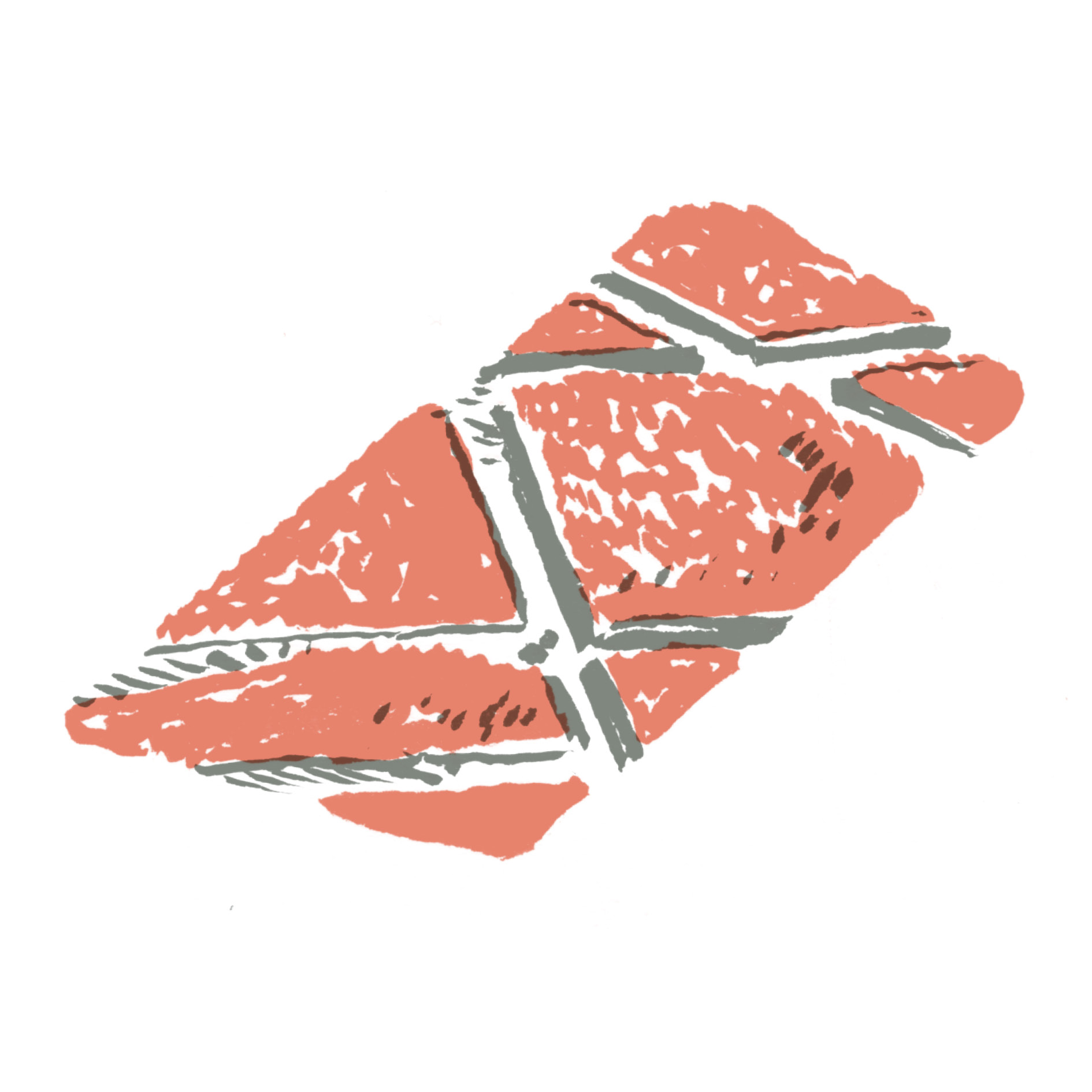 Along with the establishment of the first dormitories and the construction of Labour Square and the campus, a new space began to form in the middle of the rapidly developing town after 1931. The green belt forms the north-south compositional axis of the centre, flanked by two rows of dormitory buildings and connecting the forests above Zlín with the city parks in the valley.
The author of the urban design was František Lýdie Gahura, who thus realised one of the functionalist examples of the zone planning of the city. The so-called Gahura Boulevard (today's TG Masaryk Square) was a recreational area for thousands of young men and women, employees of the Baťa company attending boarding schools. In addition to functionalist planning, Gahura was acquainted with the concepts of the garden city of Ebenezer Howard and with the texts of the Russian urbanist Nikolay A. Milyutin (the book Socgorod).
In a plan from 1931, Gahura suggested extending the forest to Masaryk schools. The forest transformed into a modified grassy area, intended to be connected with the surrounding hills, so that green areas would surround the whole city. However, this plan was not realised. In 1932, Tomáš Baťa died in a plane accident, and a year later his memorial was created at the top of the boulevard where F. L. Gahura had made the newly formed public space in Baťa's Zlín.
With some exceptions (for example the garden arrangement of 1942) it remained without significant planting interventions and with intact grass areas.
In 1949, along with the renaming of Zlín to Gottwaldov, the Gahura Boulevard also changed. In 1954 The Tomáš Baťa Memorial was amended with two extensions and served as a venue for the philharmonic orchestra, and as a gallery. A small podium was placed under the memorial which was not removed until 2019. The continuous strip of greenery was disrupted, and the memorial gradually became hidden from view due to overgrown trees. Náměstí Průkopníků (Pioneers Square), as the area was called until 1939, became náměstí Rudé armády (Red Army Square).
It was the bottom part of the Gahura Boulevard that underwent the greatest transformation, however, after World War II. In 1961 a bronze statue of Klement Gottwald by sculptors Zdeněk Krybus and Miloš Zet was placed there. This almost four-metre high statue was set on a pedestal designed by architects František Kadlec and František Rozhon. The place, primarily intended for rest, became a space manifesting the power of the new regime. Despite this intervention, the grassy area was not destroyed, probably thanks to the influence of an expert committee (of which Jaroslav Fragner was a member, for example), which urged moderation in the use of materials, so that stone is not used at the expense of the surrounding orchard. The statue of the first workers' president was taken down in January 1990, while the concrete pedestal lined with ornamental shrubs remained. In 2011, an open architectural competition was announced to revitalize the lower part of the Gahura Boulevard. The winning entry was submitted by Jitka Ressová, Hana Maršíková and Jan Pavézka from the Zlín ellement architects office.
The revitalization was carried out according to a concept that could be summed up in the words "to pass and not to interrupt", which relate to both the human and the urban dimension. “Passing” means allowing people to move freely in a space that is cultivated and clean, “not interrupting” relates to consciously building on Gahura's generous concept of the park. This intention was achieved through artificial modelling of the terrain in the form of grassy hills with sidewalks sunk below its level. From a distance, the newly created pathways are almost invisible. To a distant observer the impression is that the slope is grassy and compact. Visually, the green strips create a continuous green belt effect. The roads are the links between the surrounding buildings, speeding up movement and providing a place for meeting and relaxing. The pavements are made of cast concrete, for the curbs the authors chose composite material - glass fibre reinforced concrete, which allows for precise detailing. The curbs bear a work of art by Jiří Valoch. The six times repeated inscription, designed by him, carries a simple message: “different words every time”. The revitalisation of the lower part of the Boulevard, together with the renovation of the Tomáš Baťa Memorial in 2019, gradually restored the atmosphere of a meeting place as it was in the 1930s. The podium has been removed from the upper part of the boulevard but the surrounding area still awaits its rehabilitation. 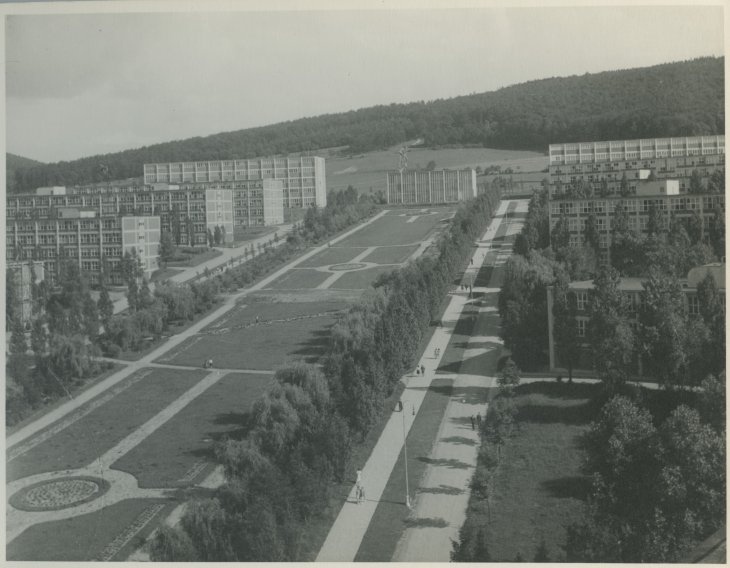 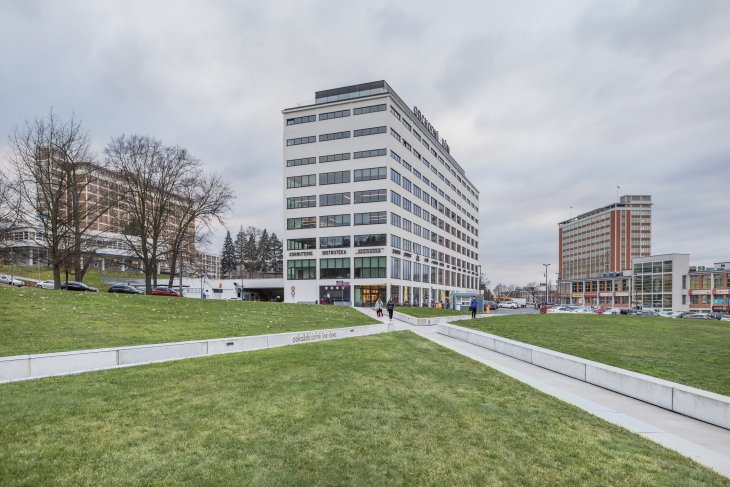 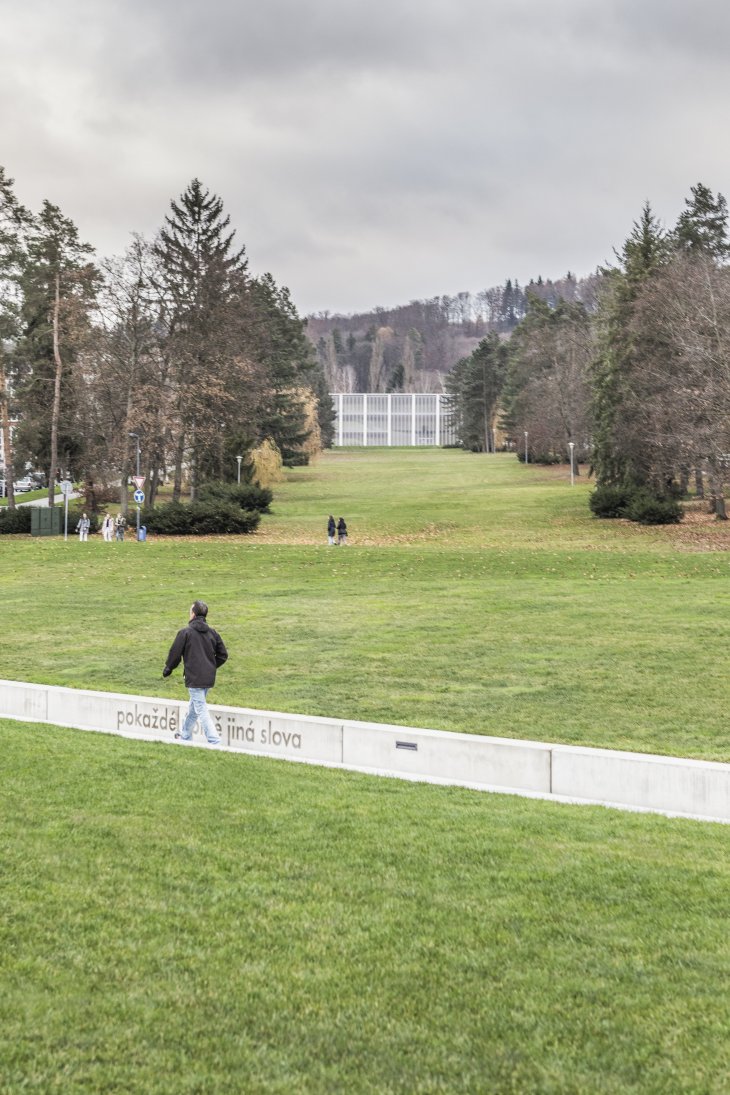 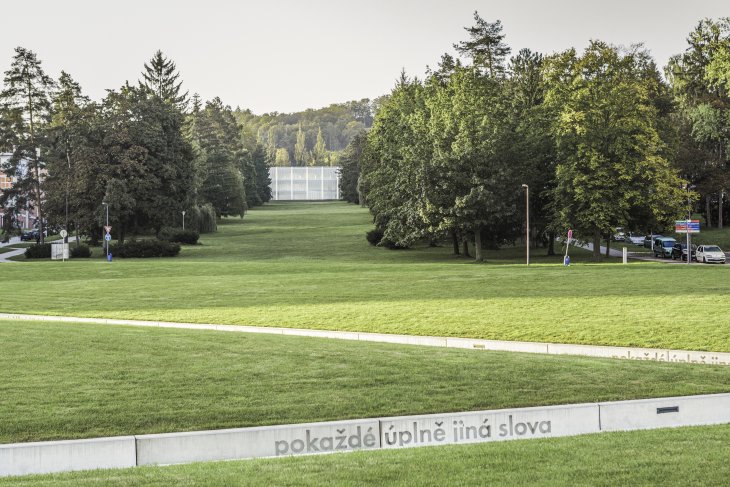 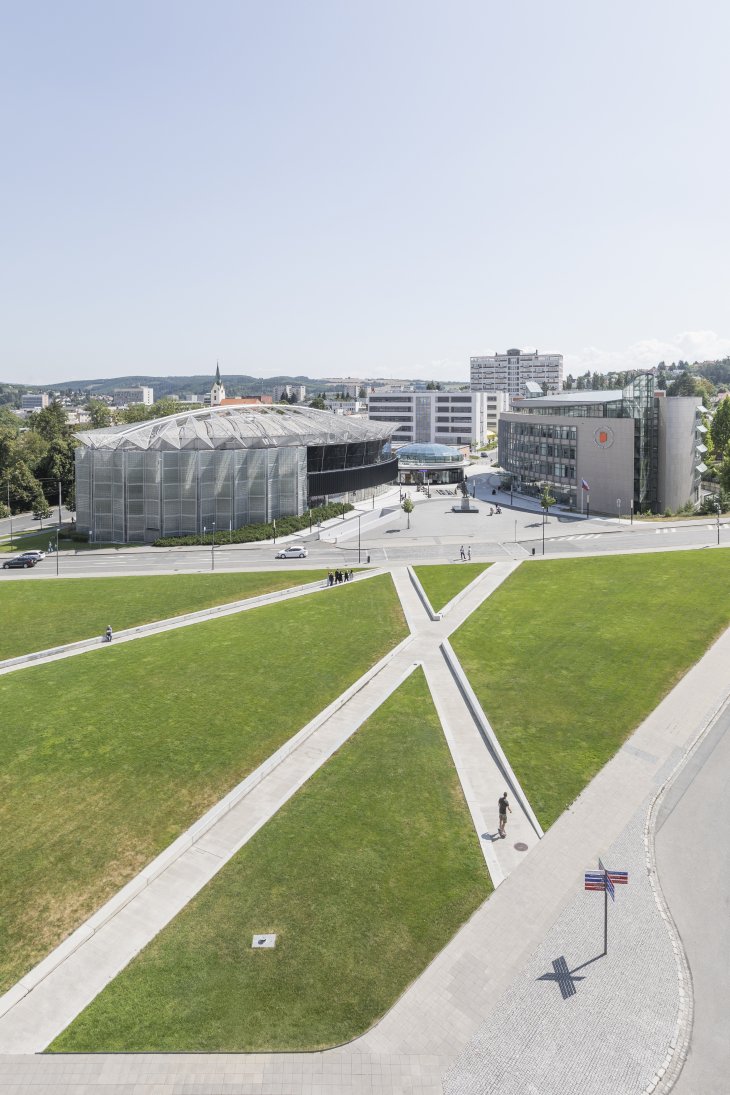 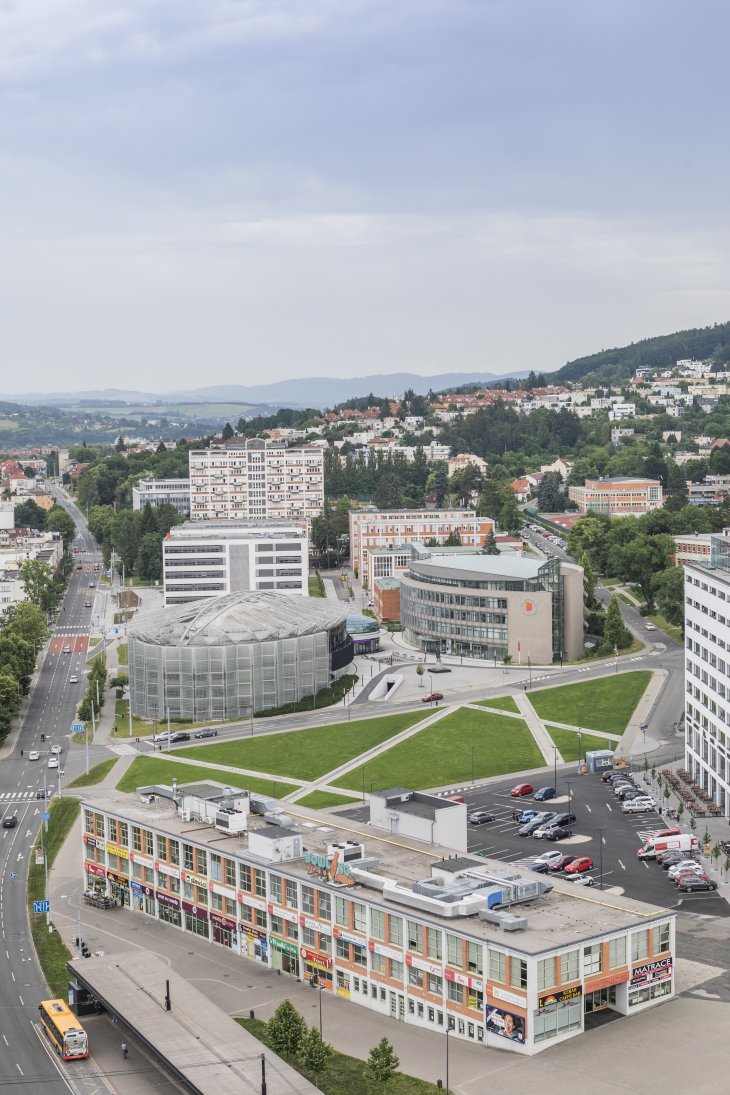