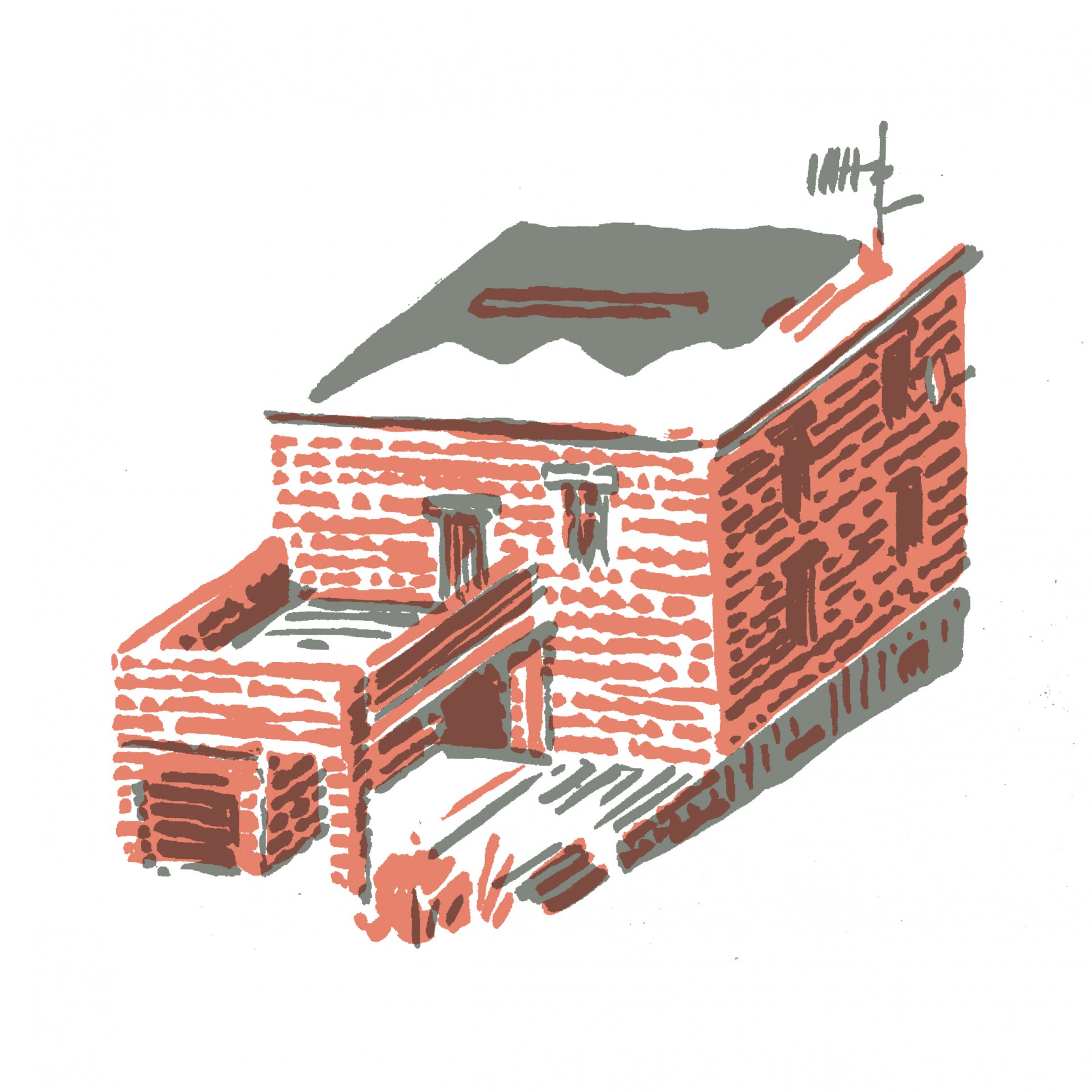 The accommodation policy of the Baťa company was developed programmatically from the 1920s, when the residential districts of Letná, Zálešná, Podvesná, and later Díly and Lesní čtvrť were created in rapid succession. With comfortable accommodation, the company could ensure employee loyalty and motivation for better work performance. Despite the similarity of the simple cubes placed in the greenery, there were differences in the basic types - single-houses, duplexes and fourplexes based on the technological development of corporate accommodation and the status of the residents living in the houses (eg. single houses for teachers, doctors; duplexes type 1928, type 1933 etc.).
An example of later construction is a smaller colony of houses in Kudlov. It is situated on the eastern slope, opposite to the film studios built at the same time, in 1937. The building plots are connected by a perimeter road, which is connected to the access road to the studios. The composition of the development respects the natural conditions caused by the proximity of the forest and the slope of the terrain. The name "Fabiánka" probably stems from the abbreviation FAB - Filmové ateliéry Baťa (Baťa Film Studios).
In the first stage, a group of six houses was built here: three duplexes, two single-family houses, and a villa for Ladislav Kolda. The most important personalities present at the birth and development of the Zlín Film Studio lived here - for example, film technician Raimund Sysala, director, artist and animator Karel Zeman, film producer Ladislav Kolda, composer Palkovský, film worker Emil Poupera, editor Zdeněk Stehlík, documentary film director and pedagogue Jaroslav Novotný, and the music composer Zdeněk Liška.
The author of the design of the single houses called U filmových ateliérů is the architect Vladimír Karfík, who also designed the studio building. The house had a kitchen on the ground floor, a separate pantry, a small maid's room, a toilet with a dressing room, a living room, and a basement under part of the house. An L-shaped staircase led from the ground floor to the first floor, where there were children's and parents' bedrooms, a bathroom, and a cabinet (study). A terrace was accessible from the corridor. This type of building also offered a garage for one car, allowing fast connection with the centre of Zlín.
In addition to spatial comfort, there were, above the usual Zlín standard, four-part windows, which allow better illumination of large rooms. Multi-part (four to six-part) windows as well as more comfortable curved staircases with a landing in the middle, had already been used on model houses realised within the framework of an international architectural competition for a family house in 1935 in the U Lomu district. The enlargement of the window openings solved the problem of insufficient amount of daily light in the interior, which residents complained about in the early types of company houses. By modifying the staircase, more space is created in the living space, and the transition to the first floor feels smoother.
The detached family house was designed specifically for film producer Ladislav Kolda. This family house has more generous spatial qualities. On the ground floor there is a living room unusually connected to the dining room (with the partition in the form of a curtain), which creates a large space illuminated by four windows. Apart from that there was a kitchen, maid's room, pantry, and a bathroom. A U-shaped staircase leads from the hall to the first floor, where it was possible to have two bedrooms, a guest room, and a bathroom. From the staircase there is also access to the terrace above the garage.
The first stage of construction at Fabiánka is completed by three duplexes of the 1934 type. Their standard does not differ from other houses for two families, where there is a living room with a kitchen and a bathroom on the ground floor and two bedrooms on the upper floor. The layout is slightly different, however, as the staircase was moved from the centre to the perimeter wall. The exterior of the house is characterised by a concrete ledge. As for the structure, brick partitions are used instead of wooden walls. To improve thermal conditions, solid and hollow bricks are combined in the perimeter walls.
The new district was to be expanded by other company houses. In the project plans we find the design of two streets. These were not realised, however, and after 1948 family houses gave way to the construction of a large-capacity tenement house, cooperative apartment buildings, several individually-designed family houses, and later structural panel houses. Those who lived at Fabiánka were among the prominent employees that the Baťa company cared about and was willing to provide with adequate comfortable accommodation. The vast majority of them was able to defend their position after the nationalisation of the Czechoslovak film industry.
Since the 1960s, houses have been extended with new garages and offices, and they underwent other unregulated adjustments compared to their original appearance. The family house of Ladislav Kolda is one of the best-preserved buildings. Despite considerable modifications in the form of extensions, changes in materials and additional insulation, the original volumes of the houses built in the first stage at Fabiánka are still recognisable. The district remains a popular residential area and the houses still serve their original purpose.
LŠ 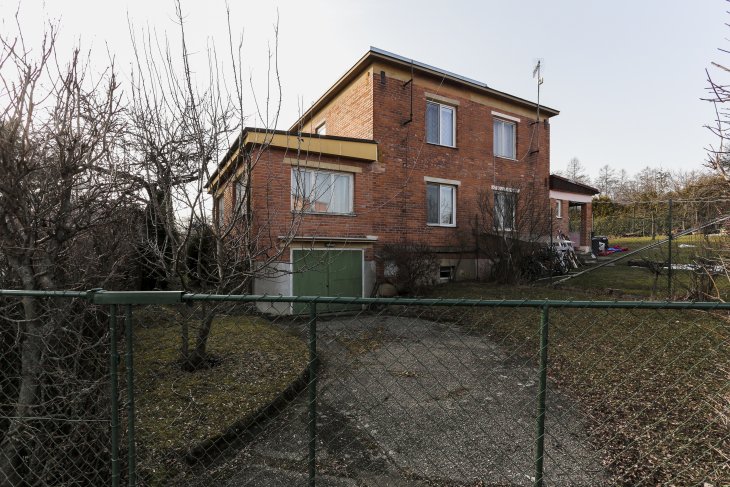 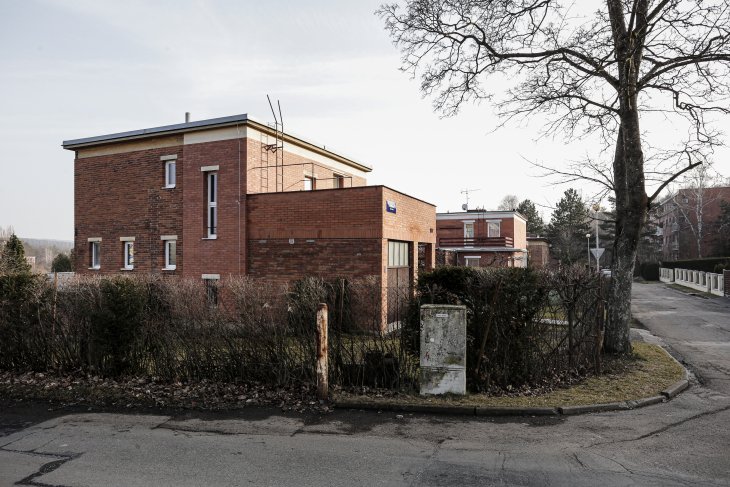 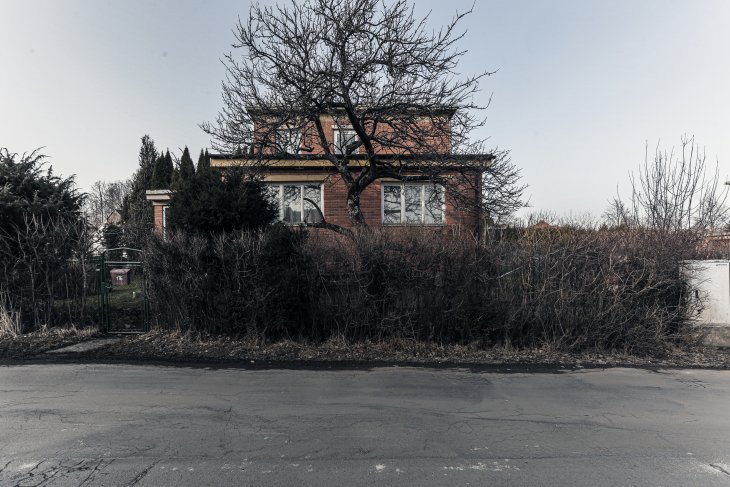 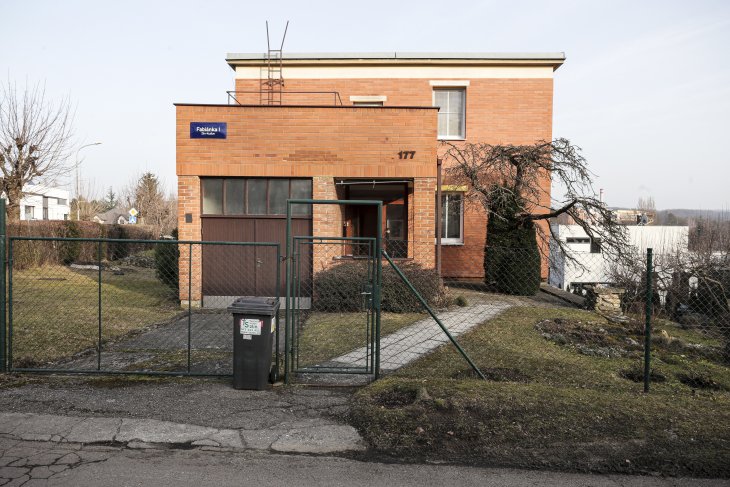 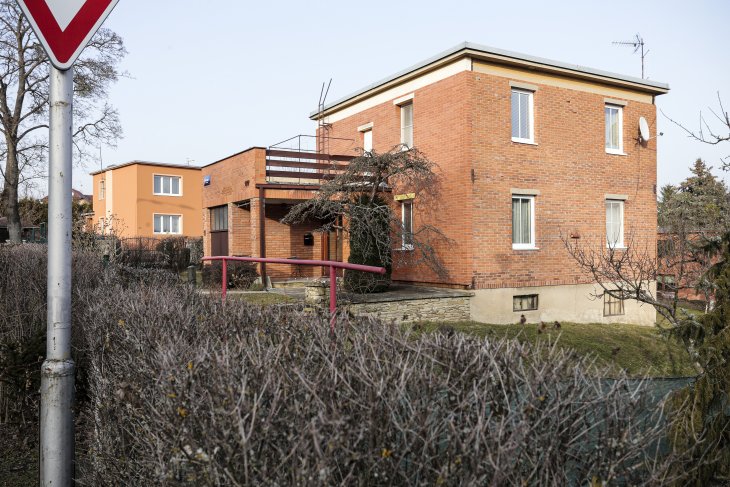