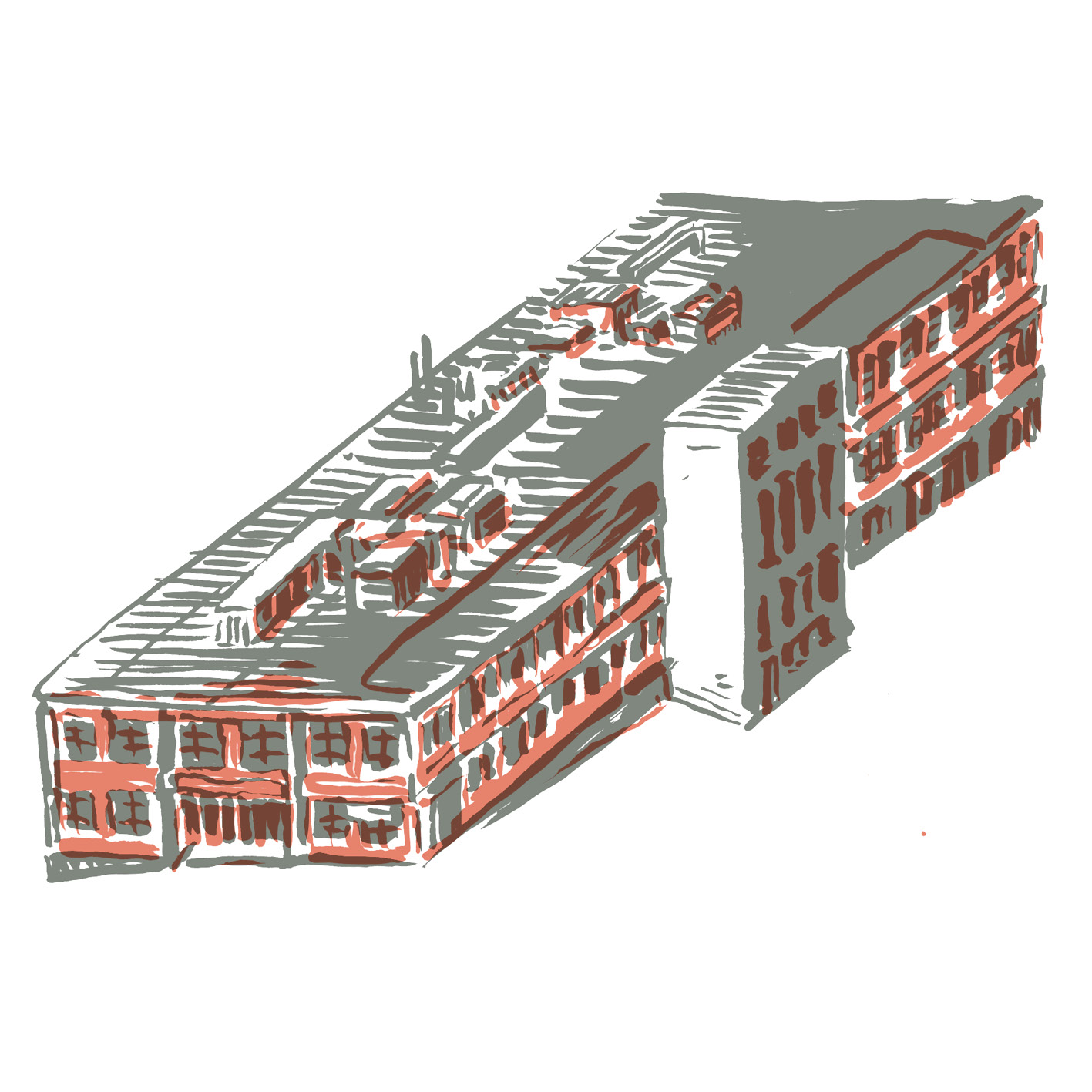 The development of the shoe factory in the second half of the 1920s, which continued despite the emerging economic crisis, is also associated with the construction of department stores and independent retail facilities, which were most often called Dům služby (the House of Services) in the contemporary press. In modern rooms, trained retailers distributed company products, and in addition to shoes often offered other services and goods. On May 22, 1926, an application for the construction of a new consumer building was submitted in Zlín. The author of the design as well as the building contractor was the Ing. Alois Jambor Company from Hranice. The building was intended to provide catering for 5,000 people, mainly employees of the company. Together with the other buildings that were gradually built on the newly built náměstí Práce (Labour Square), the first department store was also supposed to provide amenities for the ever-increasing number of corporate employees, which in 1927 exceeded 11,000.
The three-storey Market Hall was built on an unfinished plot of land next to a road from Otrokovice to Vizovice and an industrial spur that led from the train station to the brick factory (at the site of today's athletic stadium). The department store became the first public building to use a 6.15 × 6.15 m construction system and a 13 × 3 bay modular grid. As with standardised buildings in the factory area, the reinforced concrete skeleton forms the basic structure of the new retail facility. The two-wing staircase, which was located in the annexe attached to the centre of the building on the north side, is identical to those in the other industrial buildings. From the beginning it was rather a pragmatic decision, which was to ensure financial optimisation in construction. However, it brought about the creation of a clearly legible style, which made the company’s buildings recognisable even outside Zlín.
On the ground floor of the department store there was a convenience store and a food warehouse, and the first and second floors served as canteens for attendants and workers. In the middle of the floor plane were kitchens and washrooms, which were separated from the main corridor. Well-equipped shops selling fresh ingredients and offering home deliveries were one of the ways in which the company educated its employees in the ways of urban living.
A the end of 1927 the Baťa company applied for permission to operate a cinema in the building. It occupied the entire space of the second floor. The auditorium had a length of 79 m and a width of 19 m. The hall originally had 876 seats, which gradually increased to 1,200 seats. There was also a changing room and a waiting room. The updated Market Hall linking shopping and cultural life soon turned the building into a social centre where thousands of people flowed daily. In addition to films, there was also a theatre, which staged, for example, the play of the company newspaper editor Jaroslav Pagáč, Black Shawl, whose story is devoted to the family life of people employed in the factory. In addition to cultural and social events, there were even sports matches in the form of boxing.
In 1928 another wing joining the eastern corner of the Market was approved. The wing offered sales kiosks and cafeterias and had a two-storey pavilion with a café. The layout of the building in the shape of the letter L created a semi-enclosed public space where markets were held. When the nearby Department Store started full operation in 1932, the wing was demolished to give way to a traffic junction adjustment. Nevertheless, the Market Hall remained a place that was actively linked to the everyday life of the Zlín people.
The building has undergone a large number of modifications, often insensitive. The staircase was added to the end of both bays, the original annexe with the entrance was demolished and a new one was built on the south side; today there is a staircase with an elevator. Frequent changes to the contents of the building and its functionality were made possible by the skeleton frame system that can be adapted to the functioning of small shops as well as large canteens and warehouses. In 2012 the building was partially renovated, with windows as well as many materials in the building’s interior being replaced. Nowadays, the Market Hall serves commercial purposes and offers a large number of shops, while the third level houses a restaurant. The biggest ailment of the building nowadays is the considerable amount of visual smog remnants on the facade, which in their vulgar way conceal the original character of the building. 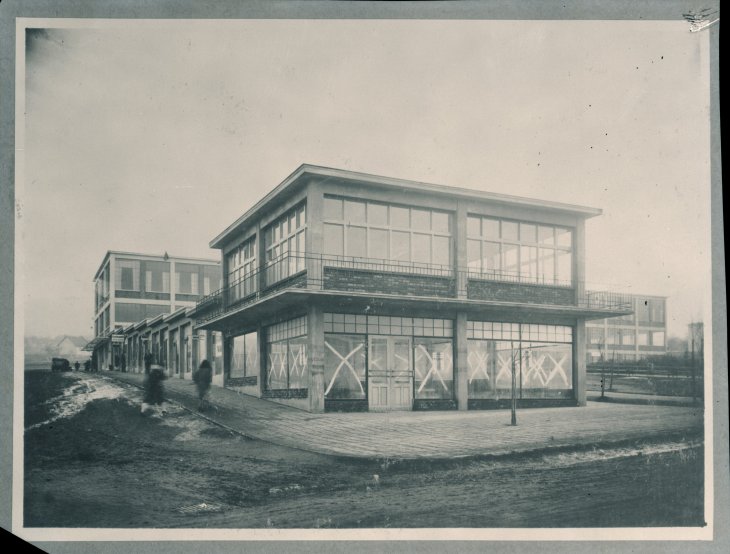 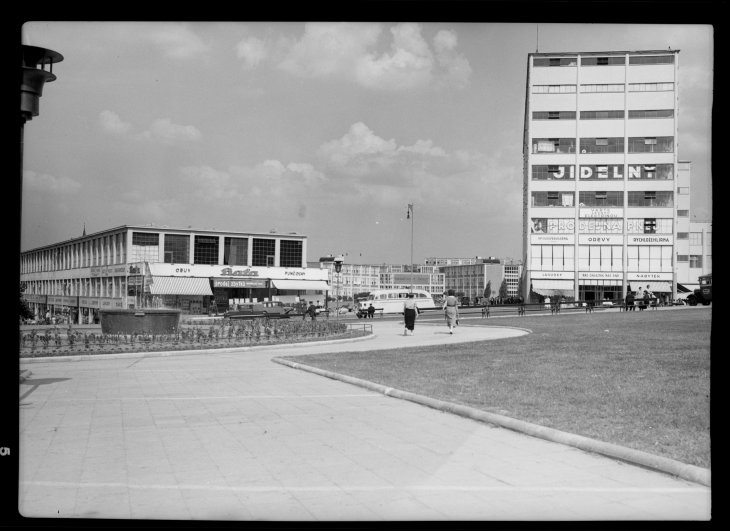 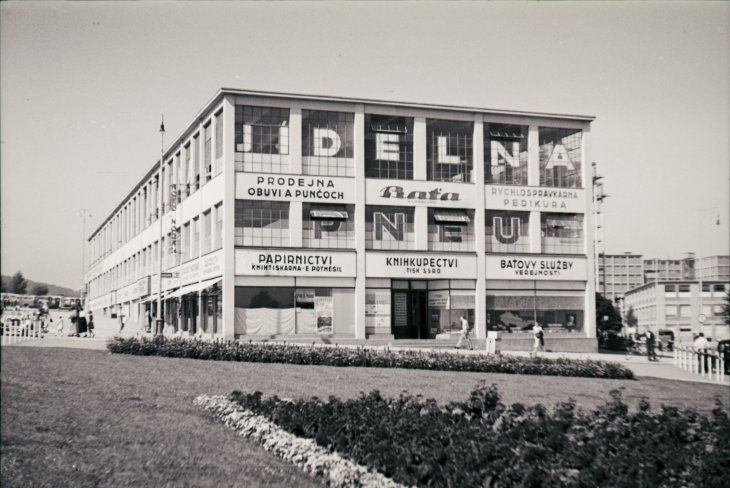 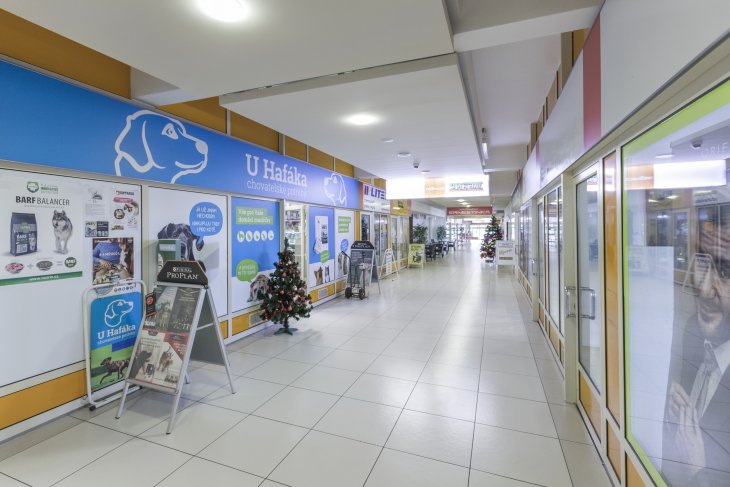 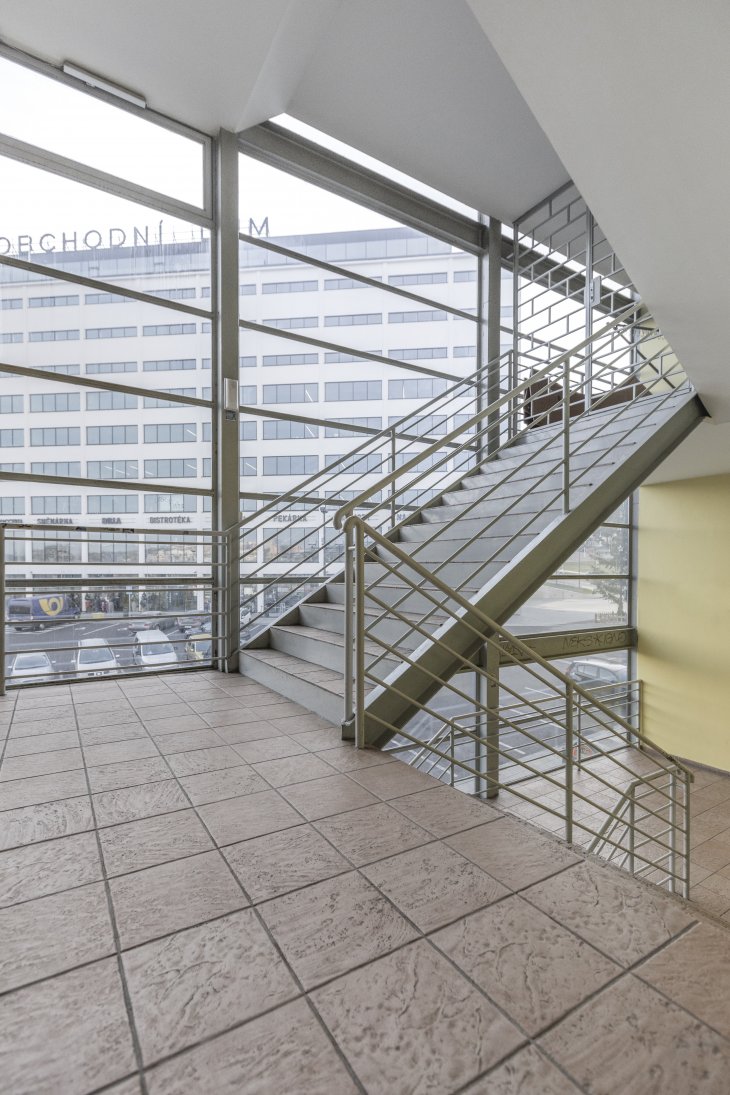 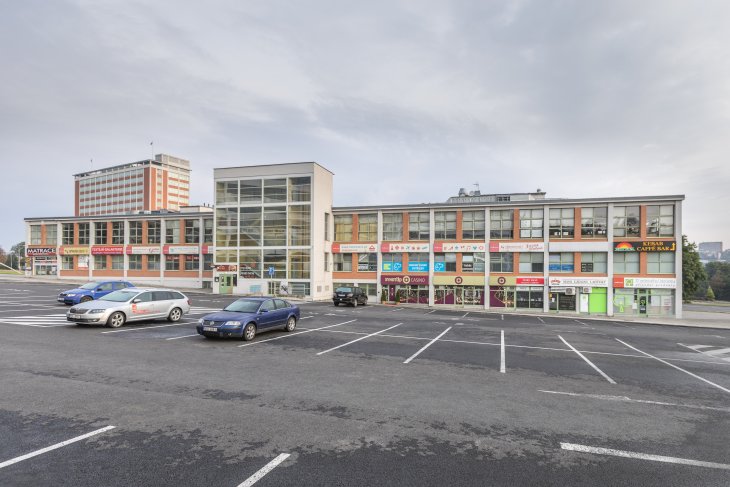 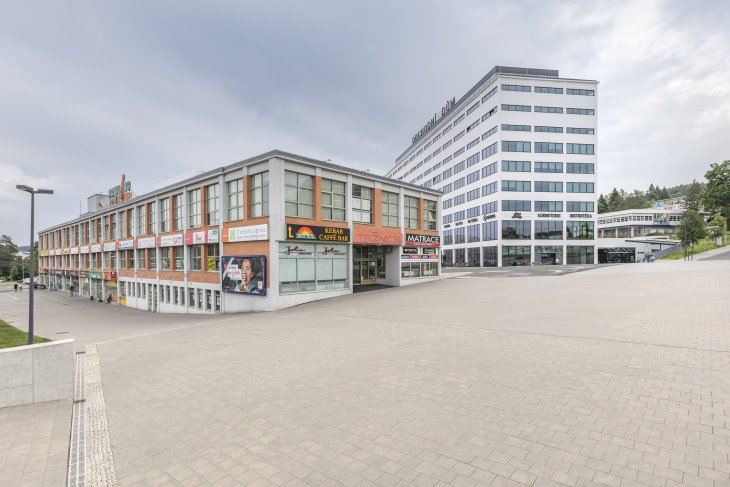 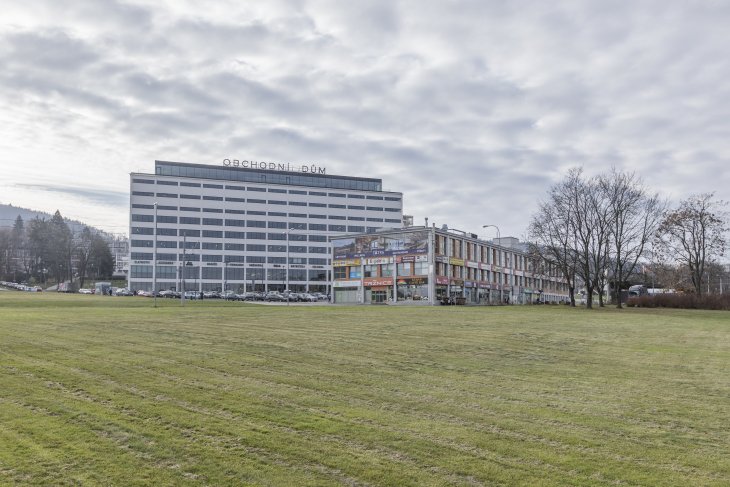 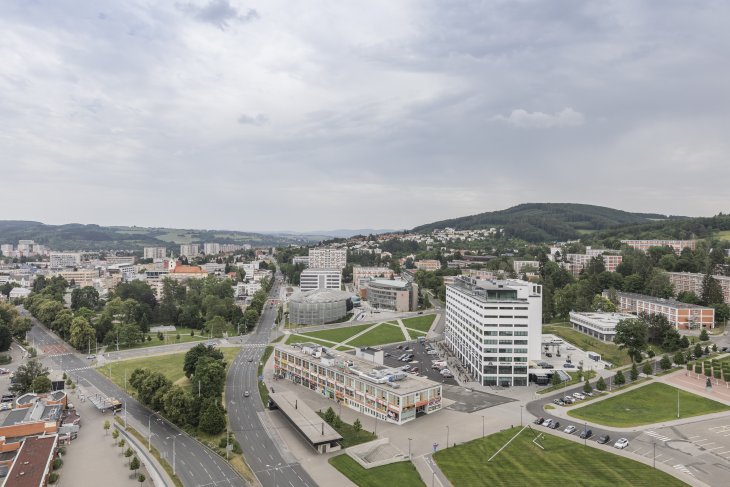