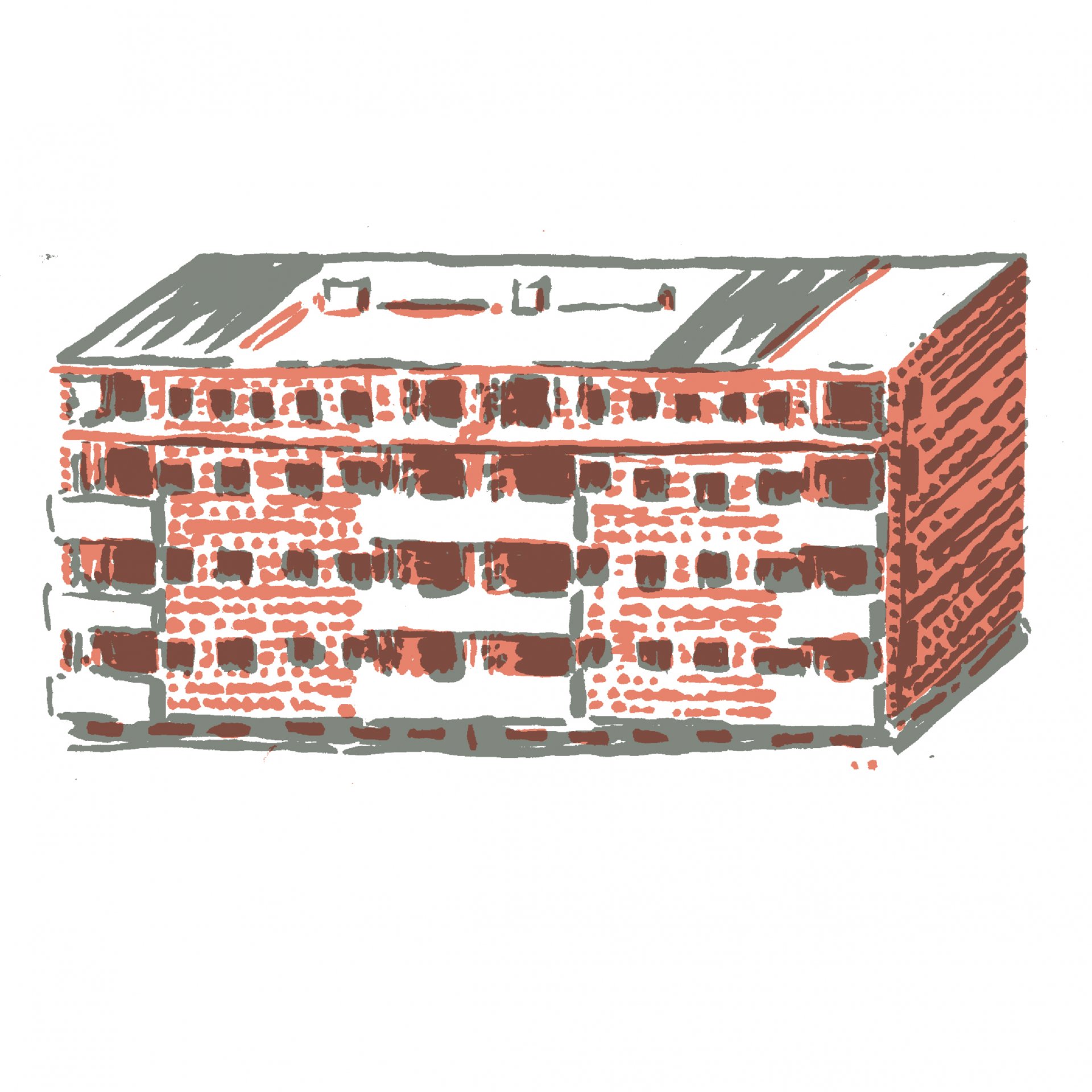 According to plans from 1947, a group of ten single-family houses was to be built in the place where the tenement house now stands. This would have complemented the already existing six Baťa houses from the late 1930s. Due to high financial costs, however, the construction was cancelled and a tenement house with twelve housing units was designed instead. The author of the design was the architect Miroslav Drofa, who worked in the Construction Department of the Baťa company from 1928 and after the war took part in the restoration of Zlín. According to his project, multi-storey houses (Morýs houses, tower houses) were built in the eastern part of Zlín, which were to help solve the lack of accommodation.
The tenement house in Kudlov was commissioned by the Construction and Housing Cooperative of Czechoslovak State Film employees in Gottwaldov. The house is the tallest building in the residential area of Fabiánka. The neighbourhood closes with its form, located on the eastern slope opposite to the nearby film studios.
Originally a three-storey double block with a gabled roof, the building has a rectangular layout with central staircases. An important expressive element is the combination of light surfaces with face bricks. Light plaster appears on the underside of loggias, which is combined with the coating of railings and windows. The plinth is made of sand-coloured artificial stone (today it is provided with an ochre coating). The defining detail of the eastern façade is the loggias with projecting subtle balconies with an originally full concrete railing (now frosted glass). Their comfortable depth increases the standard of the apartment and at the same time ensures enough daylight inside. The regular grid of originally three-part windows runs around the corner in the loggias, and a continuous lintel of face bricks placed on their shorter edge enhances the horizontality of the façade.
On the west side, the façade is divided by two- and three-part windows, which complement the vertical strip of windows illuminating the staircase and the corridor. As in the case of the Morýs houses, a combination of standard and reversed brick laying has been used, giving the façade a more plastic appearance. In each floor there are six identical apartments with east-west orientation. All accommodation units have two bedrooms, a living room combined with a dining area, a fully equipped kitchen with a pantry, and a bathroom. The living comfort was increased by the built-in cloakroom and cellar. The total area of the apartment is 72 m2.
In 1958, the house was increased by another floor, according to a design by Zdeněk Plesník, containing bachelor apartments for employees of the film studios. In the case of the roof superstructure, a different character of the layout shows on the façade. The windows were two-part with a highlighted casement and a light-coloured continuous lintel. Apartments for women were located in the southern section, and in the northern part, in addition to the men's apartments, there were also flats for childless couples, which had separate utilities. At the ends of the superstructure (on the northern and southern edges of the building), terraces spanning the width of the building and about 3 metres deep were built. However, due to the seepage of water from the roof, the terraces were abolished at the end of the 1960s and replaced with new units identical with the existing ones.
The tenement house is an example of Zlín architecture at the turn of the 1950s. The possibility of adding the third block appeared in the preparatory plans, but this was not realised. Two important Zlín architects, Miroslav Drofa and Zdeněk Plesník, took part in the final design. The design draws on post-war realisations of multi-capacity houses and Scandinavian inspiration, though Plesník expands the building in his own unique way. At the same time, the building anticipates the upcoming stylistic changes of the 1950s, which is perfectly demonstrated by the smaller two-storey blocks placed on the slope below the tenement house. These were built in the spirit of socialist realism.
The tenement house remains a sought-after means of accomodation thanks to the generous layout of the apartments and the quiet surroundings close to nature. The building is in a relatively authentic state, although when the windows were replaced, their original division was changed, which disrupts the earlier rhythm of the façade. There are also new entrance doors, above which arched roofs were placed, and garages were added to the building from both sides.
LŠ 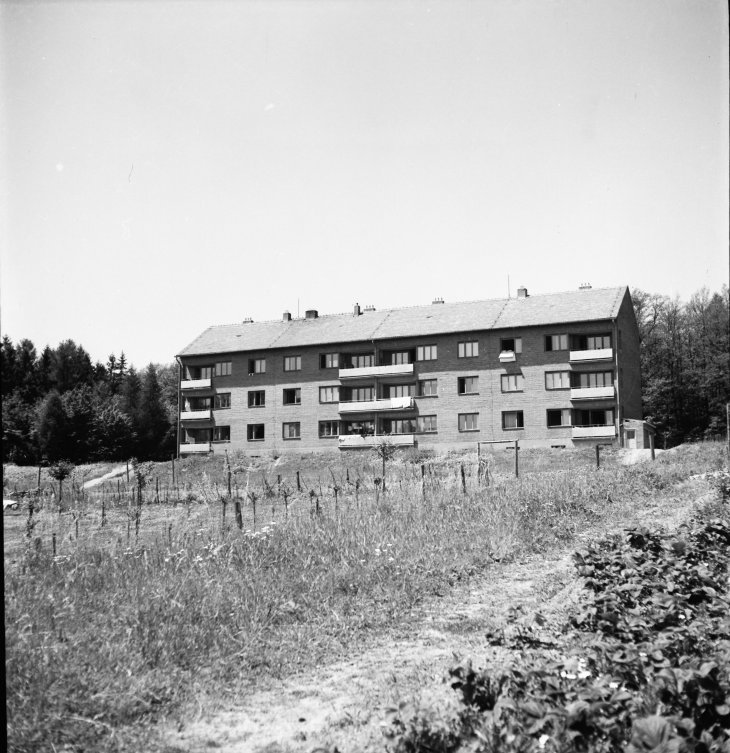 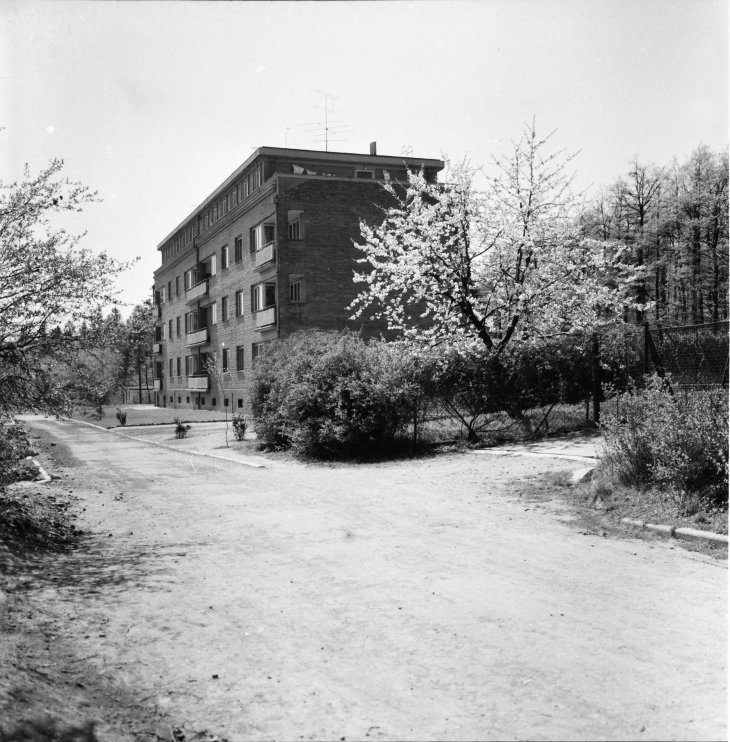 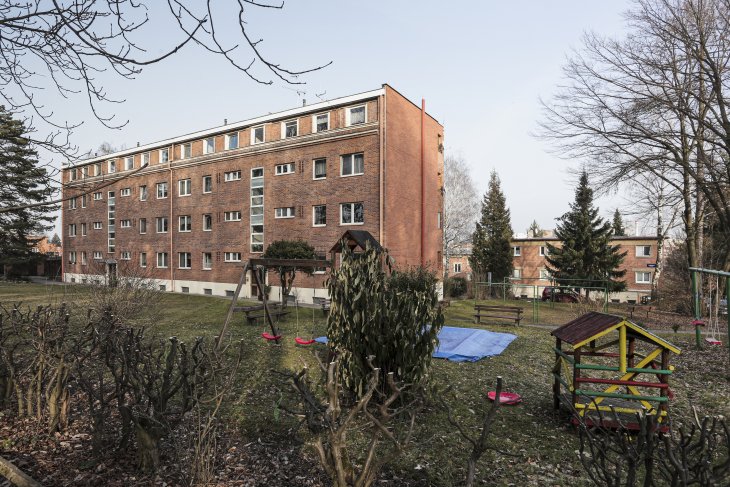 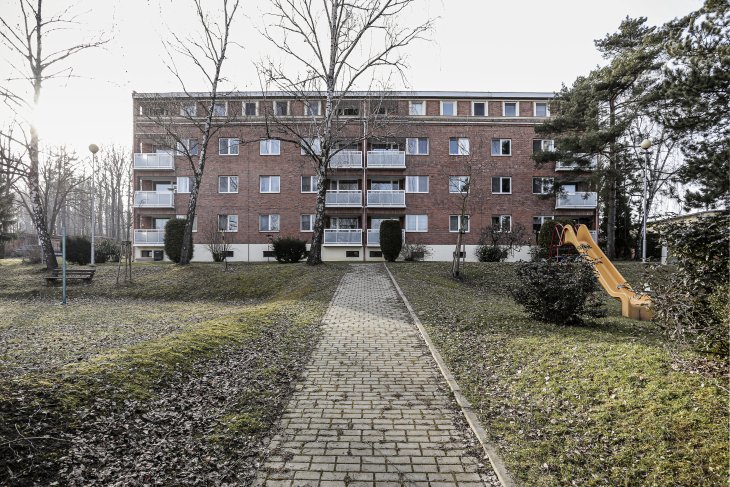 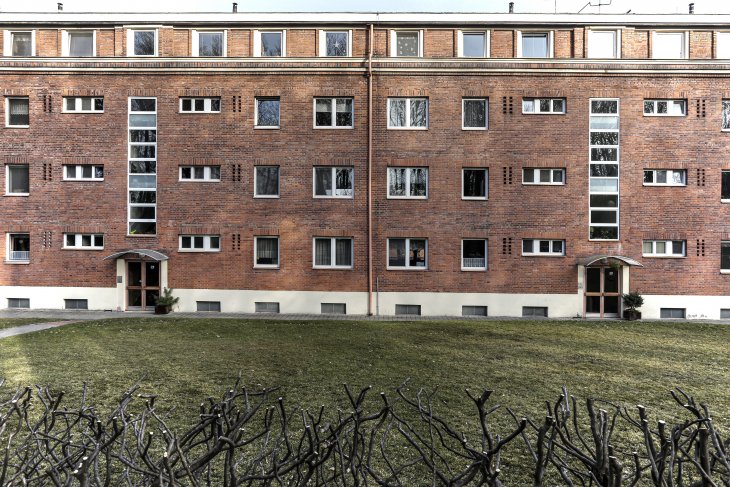 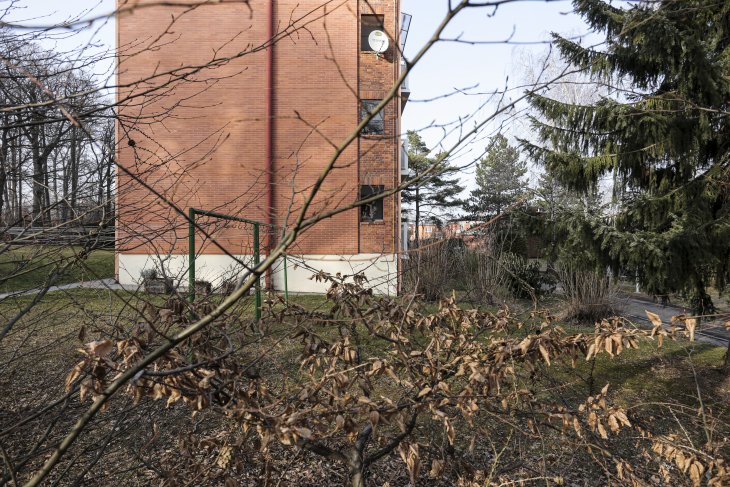 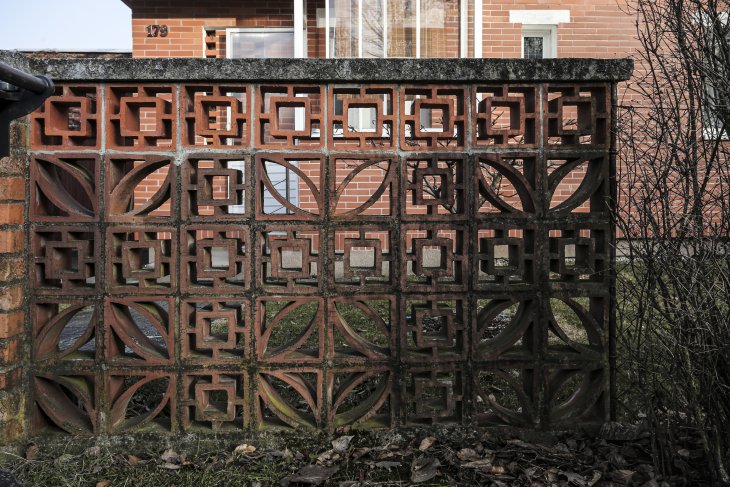