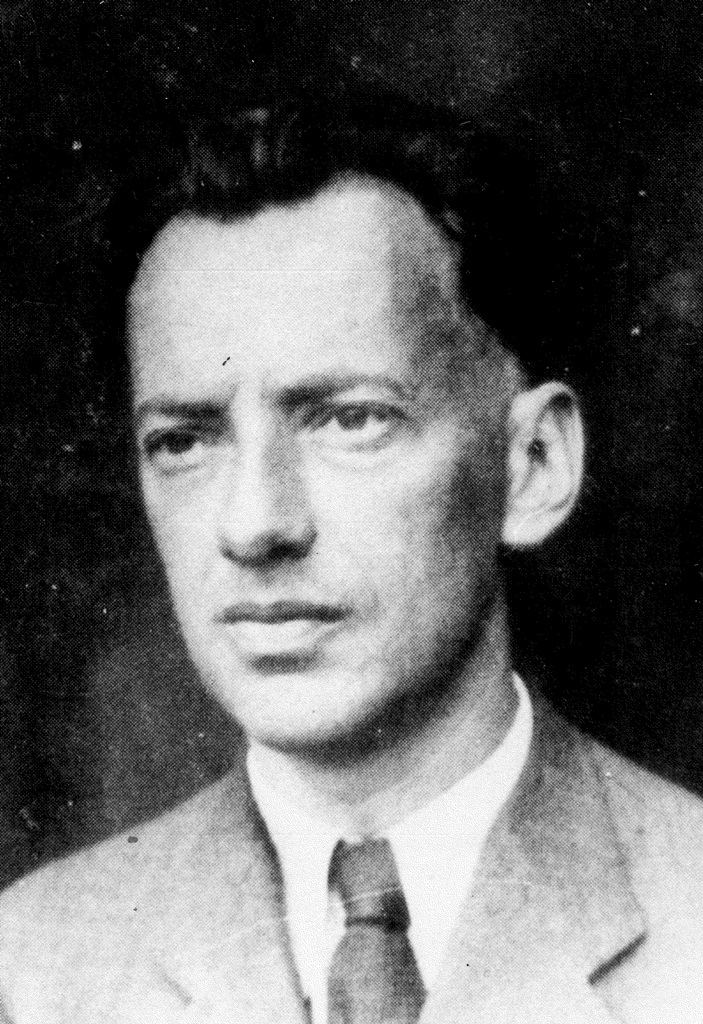 Jiří Voženílek, one of the architects who most significantly influenced the post-war reconstruction of Zlín, was born on August 14, 1909 in Holešov, Moravia. After graduating from grammar school in Prague, he then attended the local university. In the years 1928–1933 he studied at the University of Architecture and Civil Engineering under the CTU. Voženílek was deeply interested in contemporary architectural theories since his youth. He was politically engaged and publicly active, for example, in Klub architektů (the Club of Architects) or Svaz čs. důstojnictva (the Czechoslovak Union of Military Officers). Together with Jiří Štursa and Karel Janů, he founded the Advanced Architectural Group (Pokroková architektonická skupina - PAS) during his university studies, in 1932. Together they published theoretical texts (eg Architecture and Society: The Development of Architecture under Capitalism and the Tasks of the Socialist Architect: Principles and Program of Socialist Architects) and paid great attention to master-plans that applied current urban principles in practice, especially according to Soviet models.

In 1935, the trio participated in an international housing competition organized by the Baťa company in Zlín. Their design won an award, but in the end the project did not materialise. The PAS group was also in close contact with a circle of Czechoslovak left-wing architects associated with the professional periodicals Stavba and Revue Devětsilu, led by the leading theorist and artist Karel Teige.

A few years after graduating from university and after an internship with architect František Roith, Voženílek's interest in the possibility of organising construction, the process of standardisation and typification of housing, as well as lack of work, brought him to in Zlín in 1937, where he began working in the development department of the Baťa company. During the war, previously feverish construction activities in the city were interrupted by the ongoing conflict, so, like many other corporate architects, he focused mainly on master-planning, specifically on the topic of long-term interest in the Baťa environment - designs of ideal industrial cities. He also experimented with the typology of a corporate family house and in 1942 he created a prefabricated single family house variant composed of mobile panels, which could be varied in size based on specific requirements.

After the end of the war, the political atmosphere in the former strictly organised corporate city changed significantly. The shoe company was nationalised and a number of interwar architects, led by František Lýdia Gahura and Vladimír Karfík, soon left Zlín. Jiří Voženílek came to prominence precisely at this moment thanks to his work skills, theoretical overview and left-wing thinking, and as the new head of the company's design department and chairman of the building commission by city's national committee, he had the opportunity to formulate his visions for the most suitable layout.

From1946, Voženílek was the leader of a working group of architects (which also consisted of F. L. Gahura, V. Karfík, V. Kubečka, T. Slezák and A. Vítek), whose main task was to prepare a new master-plan for the city damaged by war and bombing. Voženílek divided the factory into a regular chessboard grid and introduced a modernised typology of the production facility in the form of buildings with numbers 14 and 15. Interwar labour standards were significantly increased by adjusting the dimensions of the structural module, materials, and technologies used. At the same time, he dealt with the spatial design of the unfinished central social space of náměstí Práce (Labour Square) and with the possibility of expanding the insufficient housing stock. He was not afraid to use the previously rejected undeveloped area near the factory called Jižní svahy and the eastern part of the city, where, instead of the previously preferred family houses, multi-storey residential blocks designed by his colleagues Miroslav Drofa and Vladimír Karfík were concentrated. He used his knowledge of left-wing urban strategies innovatively in the preparation of the master-plan of the district between Zlín and Otrokovice, where he applied Miljutin's principles of a linear city (not implemented).

The most important project of this fruitful period was the Collective House from 1947–1951, which with its pure constructivist conception in many respects excelled in the national context. Together with the collective house in Litvínov by architects Václav Hilský and Evžen Linhart, it represents the only two completed examples of this building typology that had resonated in left-wing avant-garde circles in Czechoslovakia and abroad since the 1920s - a collective way of living combining minimal living space with shared services of canteens, nursery schools, clubhouses, and gyms.

Jiří Voženílek then moved back to Prague in 1949, where with the advent of the communist regime important state organisations were quickly being formed, transforming the organisation of architecture, construction and research for the next decade. Thanks to his previous work experience and long-term commitment, he managed to get into the management of two of them - the state design institute Stavoprojekt (1949–1951), and Výzkumný ústav vývoje architektury (the Research Institute of Architecture Development, 1952–1955). In the first half of the 1960s, he returned as a teacher to his home university, the Czech Technical University in Prague, and from 1961 he worked as the chief architect of the city of Prague. Paradoxically, despite his essentially leftist beliefs, in the normalisation period his work commitment waned until he left his active career altogether. The architect died on November 4, 1986 in the capital. 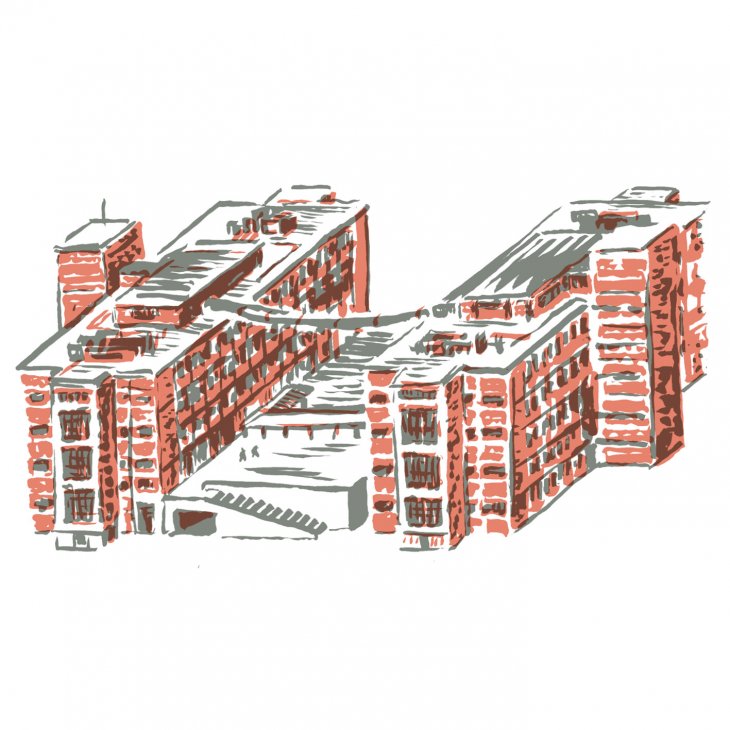 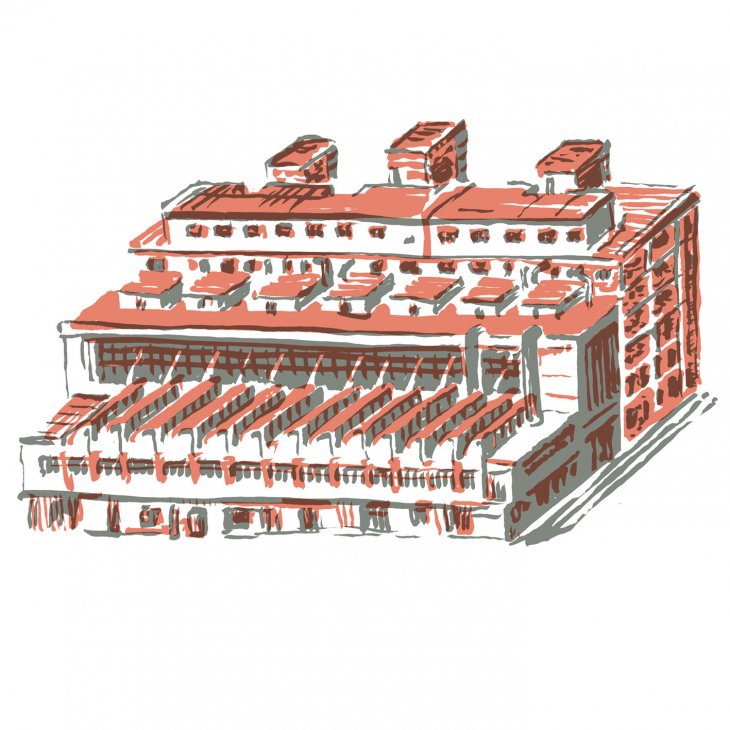