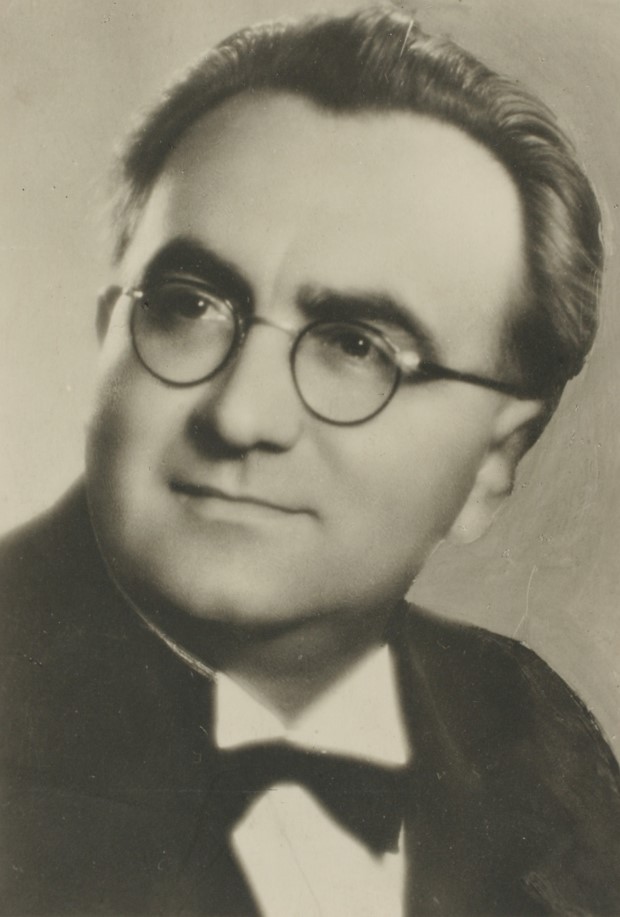 Miroslav Lorenc was one of the few architects of the interwar period in Zlín who managed to succeed outside the dominance of the Baťa Company and to leave his own mark on the newly-built town centre. Lorenc was born on 9th June 1896 in Holešov, the eldest of four children. In 1912 his family moved to Hodonín. From 1913 he studied at the State School of Civil Engineering in Brno. However, his education was interrupted by the First World War. First he was called to the Russian Front, then later to the Italian Front, where he joined the Regiment of the Czechoslovak Legions. In September 1919 he resumed his studies at the School of Civil Engineering, where many important teachers belonging to the interwar generation of Brno architects were incumbent, for example, Emil Králík and Jaroslav Syřiště.

Lorenc first joined Jan Kotěra's studio at the Academy of Fine Arts in Prague in 1922. After Kotěra's death the studio was taken over by Josef Gočár, who commissioned students to design Kotěra's monument. This was Lorenc's first independent work. After graduation he worked in the studios of Josef Gočár, František Janda, Pavel Janák, and Jan Zázvorka. Perhaps his most important position was the practice at the studio of Jaromír Krejcar, one of the most influential pioneers of functionalist architecture. During his time in Prague Lorenc designed colonies of family houses for Spišská Bela in Slovakia. He often specialised in the then popular subject of the smallest housing unit, to which he returned during his Zlín practice. From the mid-1920s he was also involved in several (mostly left-wing) architectural associations – Sdružení architektů (the Association of Architects), Asociace akademických architektů (the Association of Academic Architects), Levá fronta při Devětsilu (the Left Front by Devětsil), Svaz socialistických architekti (the Association of Socialist Architects), and the CIAM and BAPS groups.

In 1928 he married Ludmila Batíková, the daughter of an entrepreneur and a politician, and they moved to Zlín in 1930. He joined the fast-growing Baťa Company and its construction department on 15th June as an experienced, educated architect well acquainted with the latest trends in architecture. His first job was to design a school district with a trade school (today the UTB building No. X) and a school at Letná. At the same time, he worked on the design of the Communal House for the newly-built Labour Square. It remained unfinished, however, due to conflicts with the Baťa Company regarding the design for a new cinema. The originally planned budget of CZK 2 million was reduced to CZK 600,000. Lorenc left and the Communal House was completed by the newly-arrived architect Vladimír Karfík.

After fourteen months at Baťa, Lorenc founded his own design office. His clients came mainly from the upper class, and entrepreneurial circles. One of the first projects for his new office was a complex of family houses designed for the housing and construction cooperative Podřevnicko. In an estate of nearly fifty simple houses, Lorenc capitalised on his experience in designing minimal dwellings. Lorenc's speciality during the 1930s consisted in designing houses for businessmen and wealthy citizens. These flat roofed dwellings combine the business function in the ground floor with living areas on the upper floors. The windows are often three-part or strip windows. On simply designed facades there is ceramic cladding, which is unusual in the context of Zlín architecture. The commercial part of the buildings have large glass windows which are often rounded and occupy the entire ground floor. Houses located in the town centre were built on long and narrow historic plots. Perhaps the most noteworthy contribution to shaping the city are Miroslav Lorenc’s corner buildings, which had a major impact on the town centre. These include, for example, Eduard Pelčák's house, A. Nakládal's house, and František Javorský's commercial and banking houses, which are both located on Tomáš Baťa Avenue. Lorenc's commissions also included residential houses and villas on the outskirts of the city. These houses tend to feature strip windows, terraces, and generous corner windows. Most of these are no longer in their original state and have been subject to insensitive refurbishments and additions. One of the most intact (albeit in poor condition) is Mr. Ševčík's villa on Na požáře Street, built in 1935. Other houses designed by Lorenc can be found in Napajedla, where he designed the school, the building of the city savings bank, and several villas. Like Jaromír Krejcar, Lorenc focused on furniture and interiors. Simple furniture and distinctive geometric decors clearly illustrate his knowledge of Bauhaus, neoplasticism, but also of Russian constructivism.

One of the last commissions Lorenc worked on, just before the outbreak of the Second World War, were the so-called electric houses. These were large-capacity houses, intended for civil servants, equipped with the latest technology and fully electrified. These six-storey U-shaped blocks were completed in 1941 without the participation of Lorenc.

All throughout his career, Miroslav Lorenc was publicly active, a chairman of Jednota obce legionářské (the Union of Legionnaires) in Zlín. He also headed a branch of Svaz československého dělnictva (the Union of Czechoslovak Workers).In period photographs he is often depicted in uniform. At the beginning of World War II, he joined the National Guard and became a district commander of the resistance organisation Obrana národa (Defense of the Nation). After almost a year in hiding, he was arrested and sentenced, in 1940. He died in Wroclaw on 11th February 1943. A memorial plaque is placed on the house at Sokolská Street. 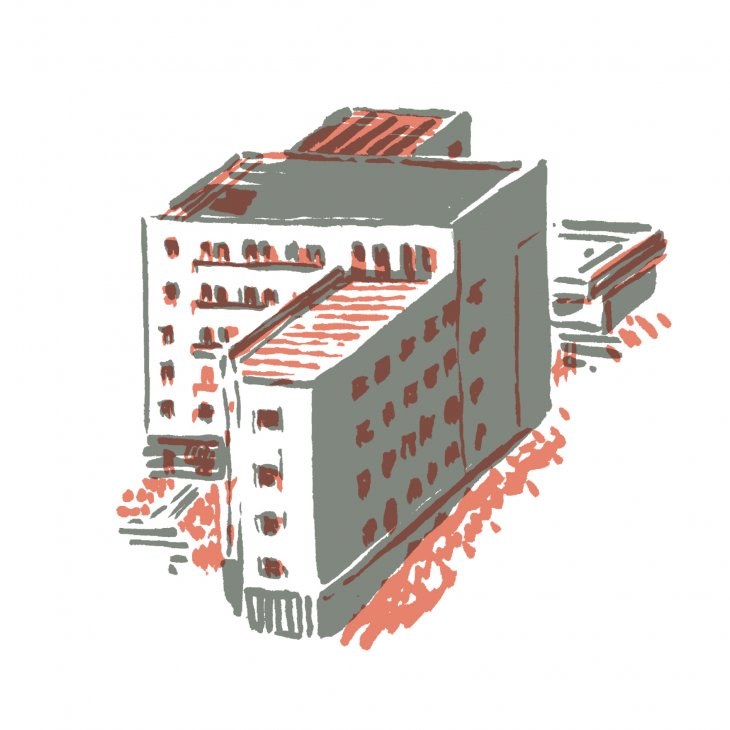 Marianum House of the Congregation of the Sisters of Mercy of the Third Order of St. Francis in Opava 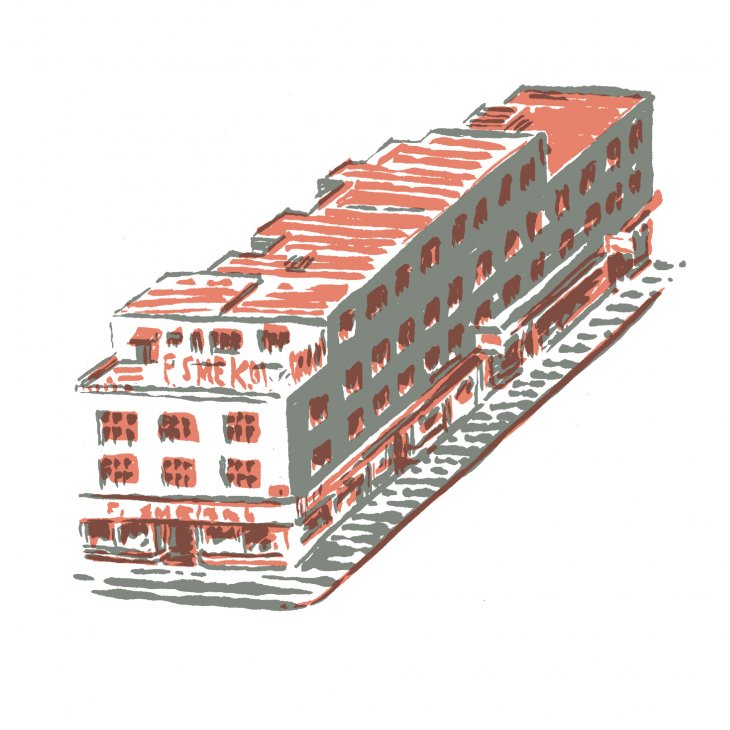 The house of Alois Nakládal

The House of Mr. Javorský (Archa) 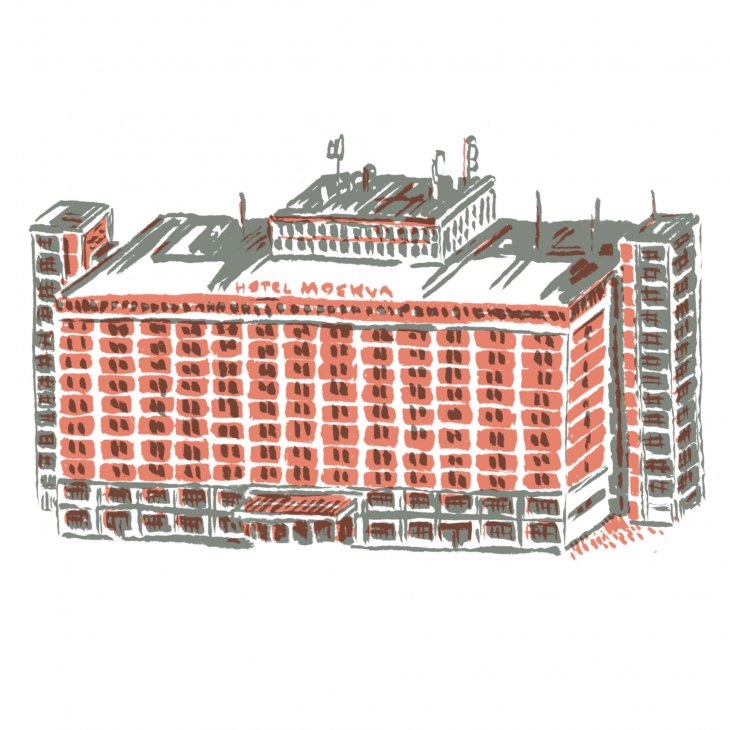 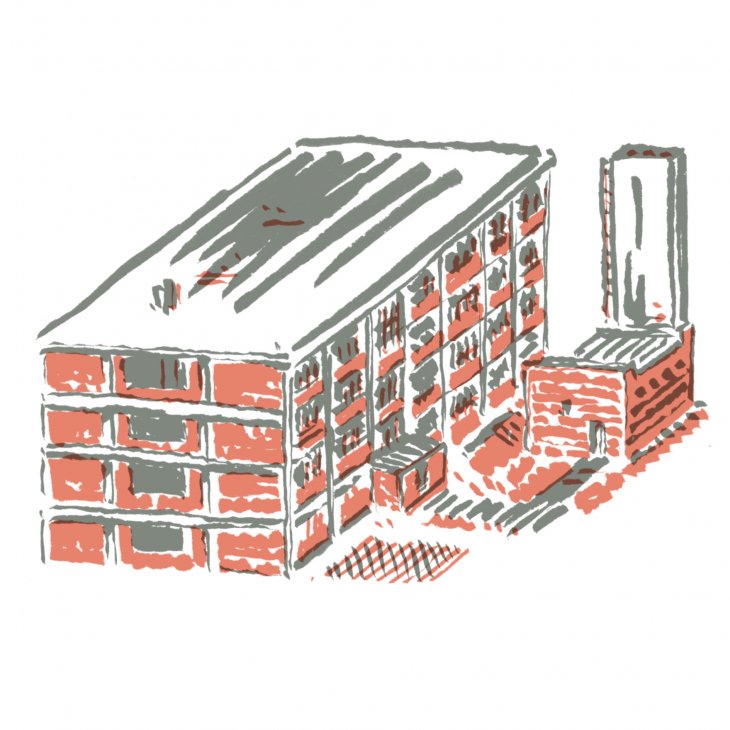 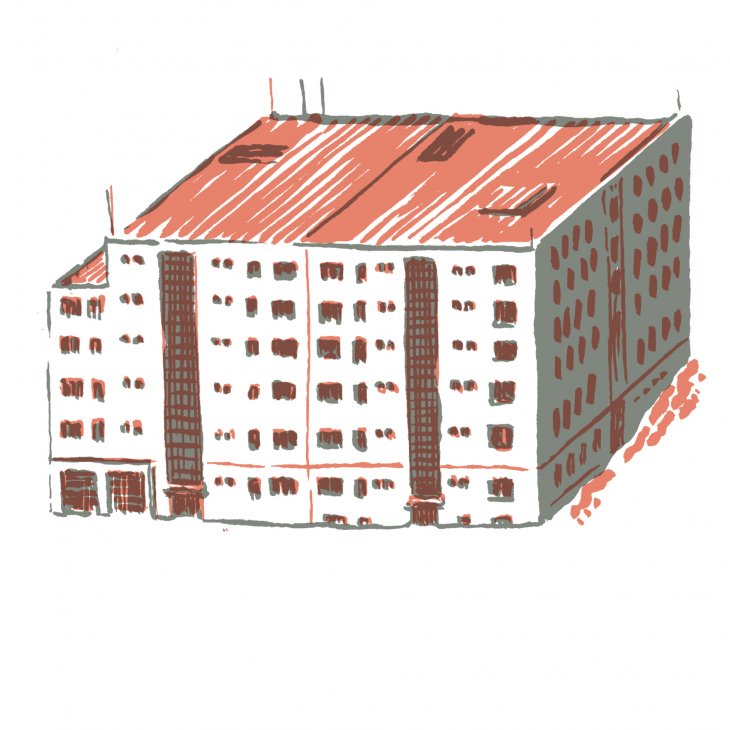