Dominik Fey is often called the first architect of the city of Zlín - only with the realisation of the historic buildings of the bank and the city school, which became the new dominant feature of the city, did the centre acquire a city character. Fey was born in 1863 in Písek, South Bohemia, as the eldest son in the family of Václav Fey, a town caretaker. He graduated from the local high school and continued at the Czech Technical University in Prague, where he studied civil engineering from 1882. After his first state examination in 1885, he interrupted his studies, returning a year later, but then finished school without a state exam qualification. During his studies he made a number of trips to southern and western Europe, and later also visited Alexandria, Egypt. He gained his first practice in Prague on small contracts for the repair of historic palaces and in the studio of Jiří Stibral, an architect designing mainly in the Neo-Renaissance style, in which he proposed an adaptation of the Průhonice chateau. As a student, he became a member of the Association of Engineers and Architects in 1893. Fey did not obtain the title of engineer until 1917.

From 1892 he was in Uherské Hradiště, where he established his own architectural office in 1895, later becoming a city architect. Dominik Fey's designs fit into the period of historicism, late Art Nouveau. The buildings are often richly decorated, inspired by folk architecture and the work of Dušan Jurkovič. Due to the nature of the contracts, which were often public buildings, his most frequent realisations were in the Neo-Renaissance style.

When the mayor of Zlín, Mikuláš Kašpárek, approached him in 1896 with a request to draw up plans for the construction of a town school, Dominik Fey was still at the beginning of his career. In Uherské Hradiště, he had so far designed a family house for JUDr. František Vysloužil (1894), and worked as a construction supervisor during the construction of the court building. A rich correspondence exists regarding the construction of the Zlín school, which shows that the architect was able to organise the process and logistics of the construction, taking into account the traffic situation, season, and availability of manpower. The Neo-Renaissance school and credit union in Zlín became representative buildings that dominated the surrounding construction and functioned as a centre of cultural life in the city.

Thanks to successful contracts, Dominik Fey became one of the most sought-after architects in South Moravia by the end of the 1990s. He also received orders and offers to participate in competitions in Slovakia and Hungary. He was known for his accuracy and reliability, and therefore also carried out building approvals and budget control. In 1904, he completed one of his most important commissions: the town hall in Napajedla, on which he collaborated with other artists who decorated the building. In 1920, he was one of the jurors deciding on the design of the new town hall in Zlín.

In 1905, Tomáš Baťa brought plans for the construction of a factory building from his first trip to the United States. In order to start implementation according to the plans, the Baťa company addressed Dominik Fey, who designed the first standardised type of production building for them, which was subsequently repeated in several versions. These were industrial buildings in the eastern part of the factory. They have not been preserved, unfortunately, as they fell victim to bombing in 1944. In their place stand buildings 14 and 15.

During his professional career, Dominic Fey designed dozens of buildings. In addition to schools (Kroměříž, 1901; Strážnice, 1912–1913; grammar school in Boskovice, 1903) and public buildings he also designed small ecclesiastical buildings (parish in Bystřice pod Hostýnem, 1907–1908), and participated in the reconstruction of the baroque chateau in Bílovice and Buchlovice. It is also worth mentioning the production and agricultural buildings he designed, for example, the stud farm in Napajedla (1904, 1914). 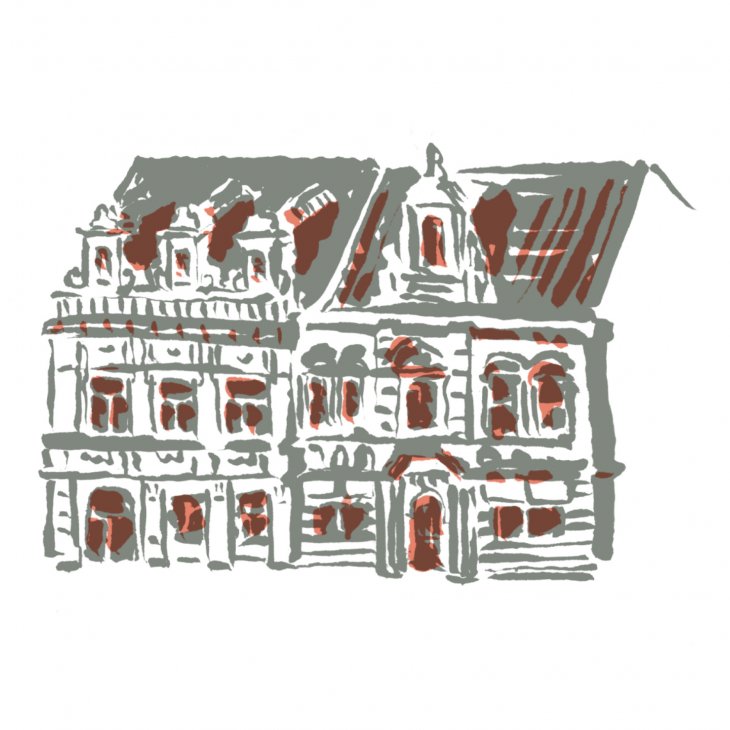 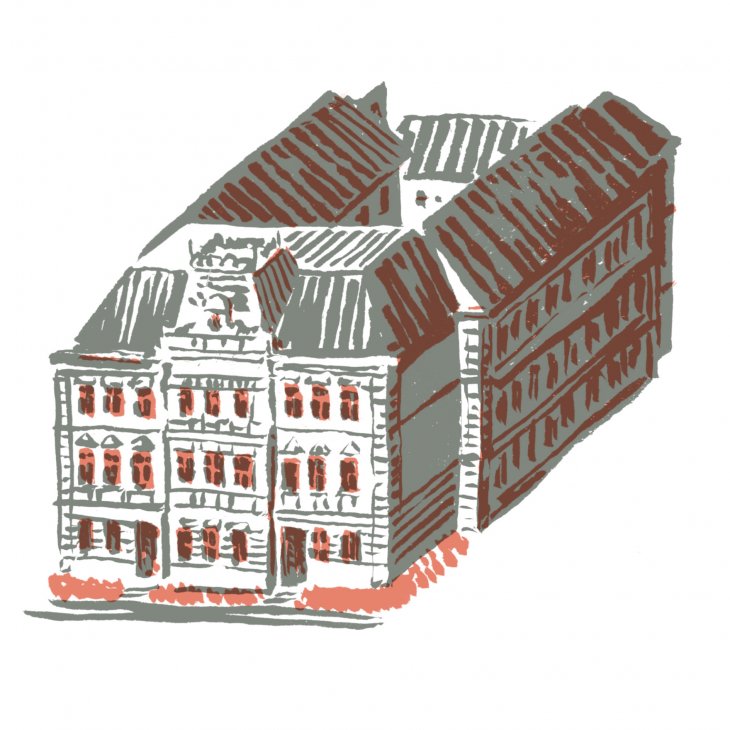