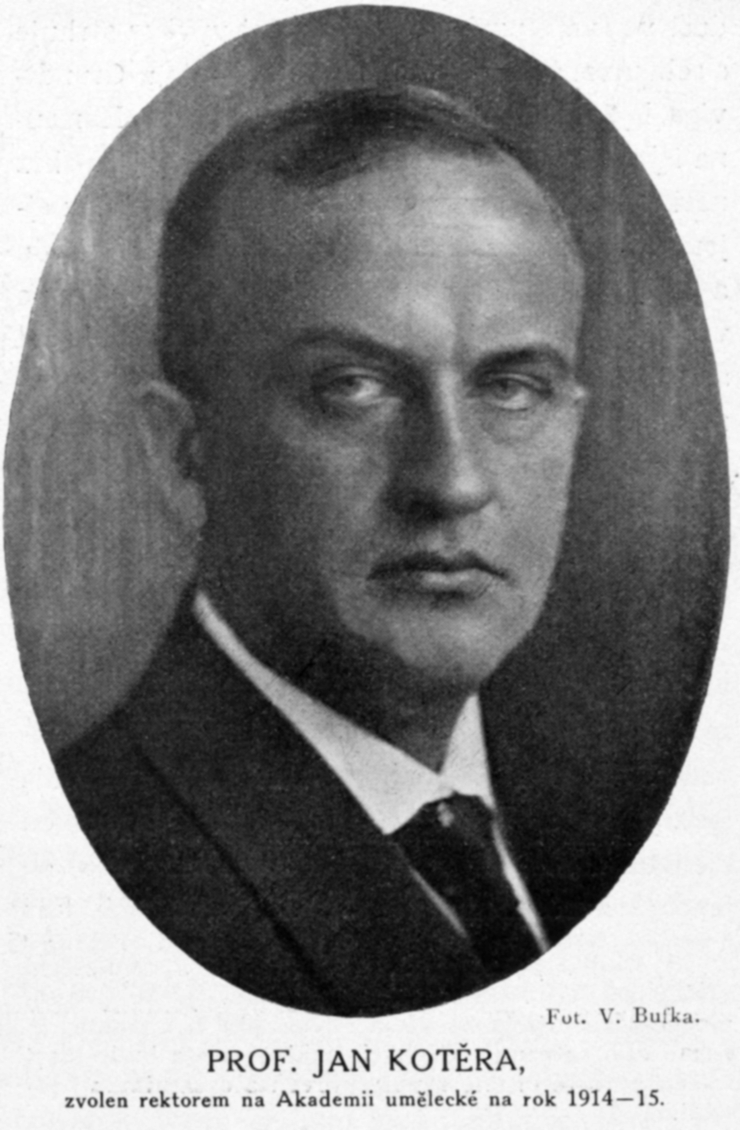 Jan Kotěra, full name Jan Karel Zdenko Kotěra, is one of the most prominent figures in Czech architecture. He was not only an architect, but also an urban planner, an architectural theorist, a university teacher, a furniture designer, and an artist. Due to his range of interests and broad education, he became a leading figure in artistic life at the turn of the 20th century and was the founder of Czech modern architecture.

He was born on December 18, 1871 in Brno. He studied at German schools and at the Vocational School of Civil Engineering in Pilsen. After graduating, he completed an internship in a design office in Prague, where his architectural talent showed, and he obtained patrons for further studies at the Academy of Fine Arts in Vienna (1894–1897, Professor Otto Wagner). In Vienna, he met Josip Plečnik, Josef Hoffmann and Adolf Loos. He was influenced by Wagnerian modernism, and classicism, which still lingered at the Vienna Academy.

In 1898 he joined the special school of decorative architecture at the Prague School of Applied Arts as a teacher. The following year he married and began working on the construction of Peterka’s House in Prague, his first major realisation. After visiting the United States (1904), he was one of the first to introduce the work of F. L. Wright to his students and applied this knowledge to his own work. In 1910 he was appointed professor of a special school of architecture at the Academy of Fine Arts in Prague. In addition to pedagogical activities, he also involved his students in his own creative activities and significantly influenced a number of Czech architects of the first half of the 20th century, such as Bohuslav Fuchs, Josef Gočár, Jaromír Krejcar, Kamil Roškot, Miroslav Lorenc, and František L. Gahura. He was the author of more than 170 realisations of significant social buildings, tenement houses, family villas, workers' colonies, monuments, memorials, and tombs.
Jan Kotěra was also present at the very beginning of the construction of "Baťa's" Zlín. Until his death, he remained in the position of architecture consultant for the Baťa company. He first established cooperation with Tomáš Baťa in 1910 while working on a project for the entrepreneur‘s family villa. Kotěra newly designed both the exteriors and interiors of the villa. However, his design concepts for the Tomáš Baťa Library and Cinema for Zlín (1917) remained unrealised.

Baťa's shoe factory began to develop rapidly during the First World War, and for this growing complex it was necessary to provide additional manpower and build facilities for them. Kotěra became the first architect seeking solutions to the urban and architectural problems of Zlín. Although his project of a workers' colony in Letná was conceptually and territorially limited, it nevertheless marked the beginning of the construction of the first new city district.

His master-plans were the starting point for further development of the city. In Zlín, Kotěra applied his experience from projects concerning a workers' colony in Louny (1909) and in Záběhlice (1914). In Zlín, differentiated housing with basic facilities (school, pub, consumption, spa, and all services) ensured a smooth transition for the generally agricultural population to a new way of living, while allowing for independent farming.

In 1915–1918, Kotěra prepared the first master plans for the newly emerging corporate district. According to his designs, two rows of houses were built in Stará Letná along the later Malenovská Street, referred to as Včelín (1915–1920, demolished), five storey single-family houses for officials by the Březnice road, so-called Hradčany, (demolished), four-family houses in Antonínova Street (1922), which were destroyed during the bombing in 1944, and four-family houses on Kotěrova Street, some of which have survived to this day. Kotěra's master-planning principles were followed by his pupil from the Academy, a native of Zlín, František L. Gahura. Choosing Kotěra was a fortunate decision for the further development of the living culture in Zlín, and Kotěra's work laid the foundations of the Zlín urban tradition.

Kotěra's buildings have a high artistic value and features of monumentality. In his work, he combined fine art and architecture into an integral whole. Initially, the buildings had an Art Nouveau character, but later he tried to focus on efficiency and clear logic. Most of the buildings are characterised by an asymmetrical but balanced composition, accentuated by tectonics and the use of face brick masonry.

He was the organiser and implementer of a number of installations of major exhibitions and exhibition pavilions. He also left his mark in Moravia. His projects built outside Zlín include the National House in Prostějov from 1905–1907 and a set of ten semi-detached houses for retired officials of the Vítkovice Ironworks in Rožnov pod Radhoštěm (1922–1923).

Jan Kotěra died after a long illness on April 17, 1923 in Prague and is buried in the Vinohrady Cemetery. 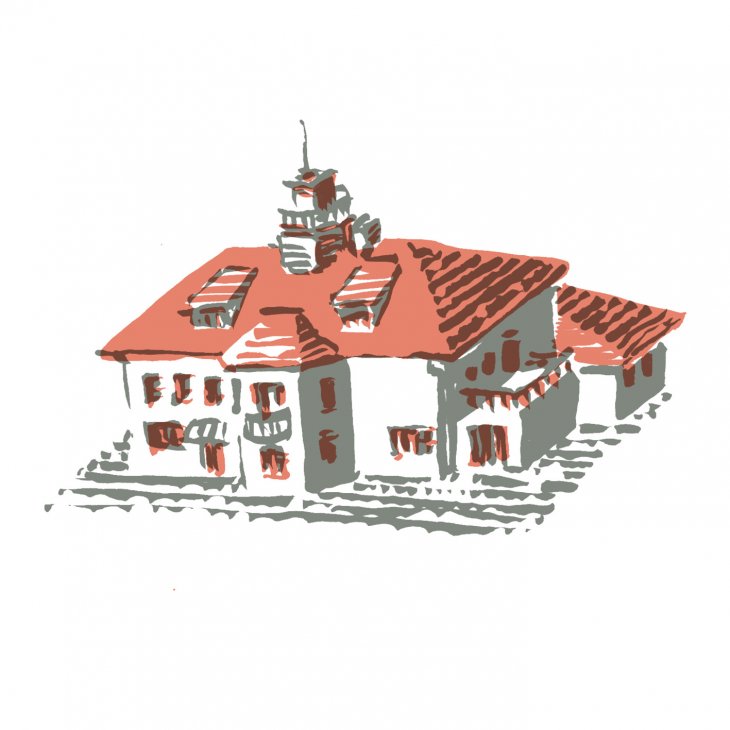 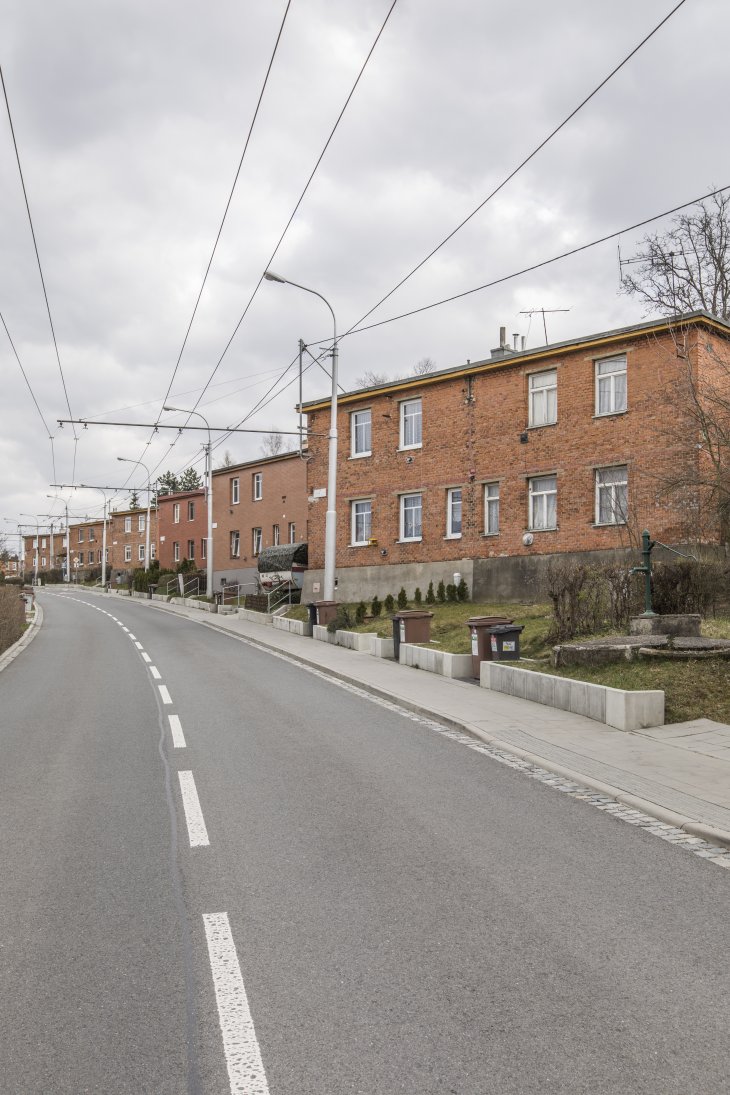 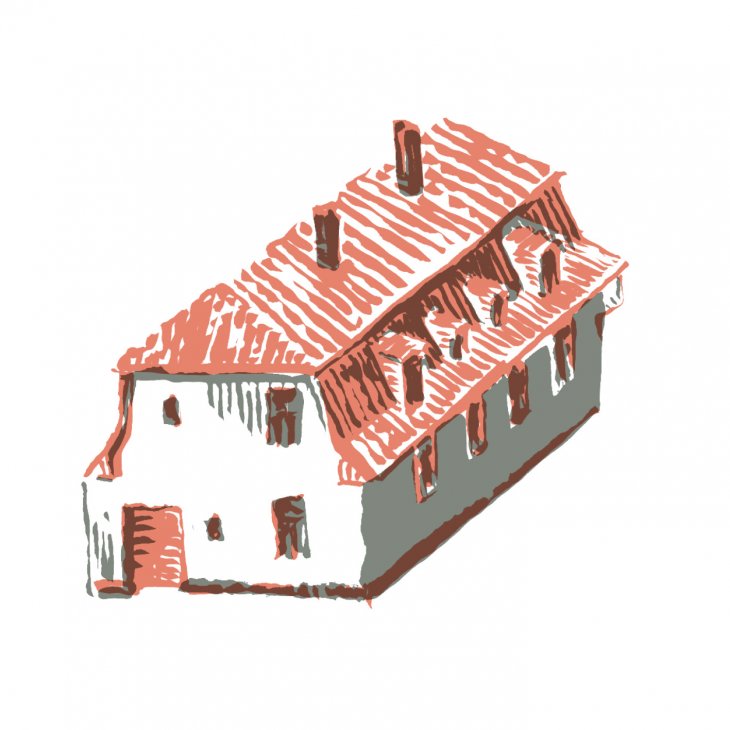 House with a Mansard Roof