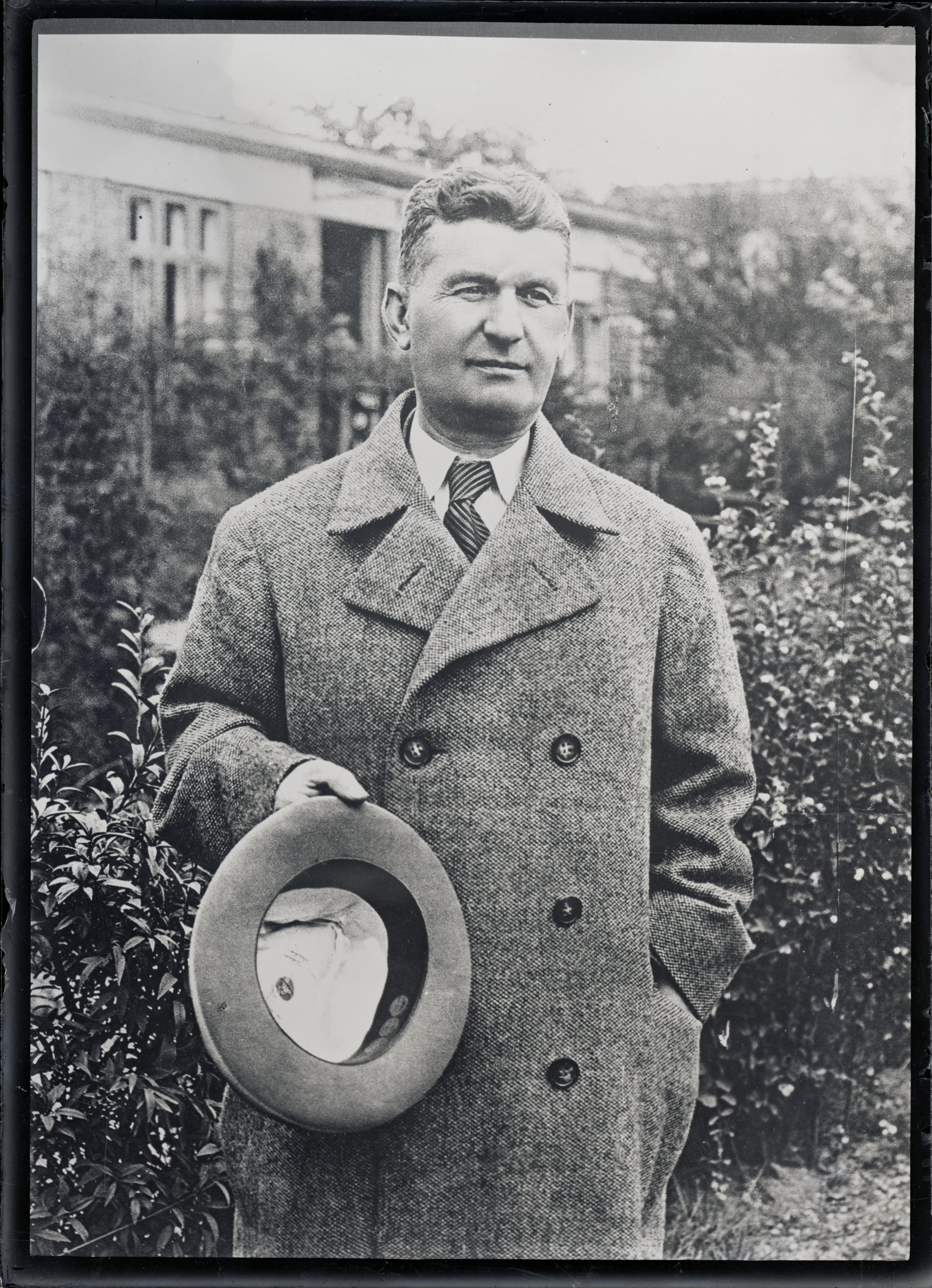 Tomáš Baťa was born in Zlín on April 3, 1876, the third and youngest child of Anna and Antonín Baťa. His father ran a shoemaker's workshop, so Tomáš was connected with the craft from an early age. After the death of Tomáš's mother, his father and his siblings moved to Uherské Hradiště, where his father married for the second time, the widow Ludmila Hruščáková. Five children were born from this relationship, one of whom was Jan Antonín, who ran the company with Tomáš in later years. After primary school in Zlín, Tomáš attended the German National Boys' School in Uherské Hradiště, then trained as a shoemaker with his father. He gained his first work experience in his father's workshop and also in Vienna, from where, however, he soon returned to his father.

Together with his older siblings Anna and Antonín, he founded the company A. Baťa in Zlín in September 1894. The initial capital was 600 Austro-Hungarian guldens, which the father paid to his children as an inheritance from the mother. After a year of business, the company was in an estimated deficit of 8,000 guldens. From this point, Tomáš Baťa began to transform the production process. He increased the economy of scale of production and the yield of materials, and thanks to new outlets for finished products and advance payments, the company got out of debt within the year. In the beginning, the company specialised in the production of fleece slippers, but in 1896 the idea came for the so-called "baťovky" - footwear which was a combination of textiles and leather. It was cheaper to produce, more affordable for customers, and an attractive novelty.

In 1900, the company moved to the first factory building near the Zlín train station, and the company name changed to T. & A. Baťa. In 1904, Tomáš went on an internship to America, and he would make the journey to the United States several more times. Practical experience with American industry, knowledge of new production methods, including belt production and modern methods of business management, as well as the operation and architectural appearance of the local corporate cities, made a huge impression on him, and he capitalised on his knowledge in Zlín. In the first decade of the 20th century, the company was already one of the 8 largest shoe factories in the country.

In 1912, Tomáš Baťa married Maria Menčíková, the daughter of a librarian at the Imperial Library in Vienna. Marie had had the best education, graduating from the famous Vesna girls' school, and she spoke four languages ​​fluently. She mediated a number of important contacts for Tomáš Baťa and after his death she would play the role of a diplomat in the company. Tomas had an only son with Marie, Tomáš Junior, who was born in 1914.

During the First World War, the Baťa company won a major military contract for the Austro-Hungarian army, thus avoiding a production crisis. However, the financial problems came after the war. The company's warehouses were full and the necessary sales were missing. Tomas solved the situation in an unusual way. He reduced all production by 50%, in connection with which he reduced wages by 40%, but at the same time reduced food prices in company stores by 50%. The event, called "Baťa crushes costliness", which took place in 1922, sold out the warehouses and enabled further development of the company. In 1923, Tomáš Baťa first became mayor of Zlín, and then defended his position three more times. He decided to apply mainly because he did not agree with municipal management and inefficient investments, but also because he was looking for other ways to strengthen his influence in the city and apply his own vision of development. With his election came the most fruitful stage of the company: the company's operations, its activities in the fields of urban planning, architecture, education, healthcare and culture were closely linked to the functioning of the city.

The company was aware of the need for professionally educated young workers, and consequently in 1925 the Baťa School of Work for young men was founded and in 1929 for young women. The aim of the company was to raise a universally educated, culturally aware modern person knowledgeable on the operation of the factory. The internal system of operation in the factory was divided into small independent units that bought goods and services from each other. This way of organising led to the saving of materials and time. The profit was evenly divided into thirds among the workers, the development of the factory and the development of the company. At the same time, the company put strong emphasis on the financial literacy of its employees and purposefully shaped their work values and lifestyle.

In the following years, the company expanded all over the world and thanks to this, Czechoslovakia was the largest exporter of footwear in the world in 1928. In 1931, Baťa's production was divided into two main branches. In addition to existing footwear and everything associated with it, a new field was emerging - tyres. From the 1930s, the company built foreign branches - 1919 Lynn (USA), 1931 Ottmuth (Germany), 1931 Borovo (Croatia), 1932 Möhlin (Switzerland), 1932 Hellocourt (France), and 1932 East Tilbury (England).

An unexpected turn of events occurred on June 12, 1932, when Tomáš Baťa tragically died in a plane crash. This news travelled the world; the company buried its boss, who was replaced by his younger half-brother Jan Antonín, who in many ways continued Tomáš's activities and led the company and its seat town of Zlín to other significant successes, both in the footwear industry and in architecture, urban planning, and art.